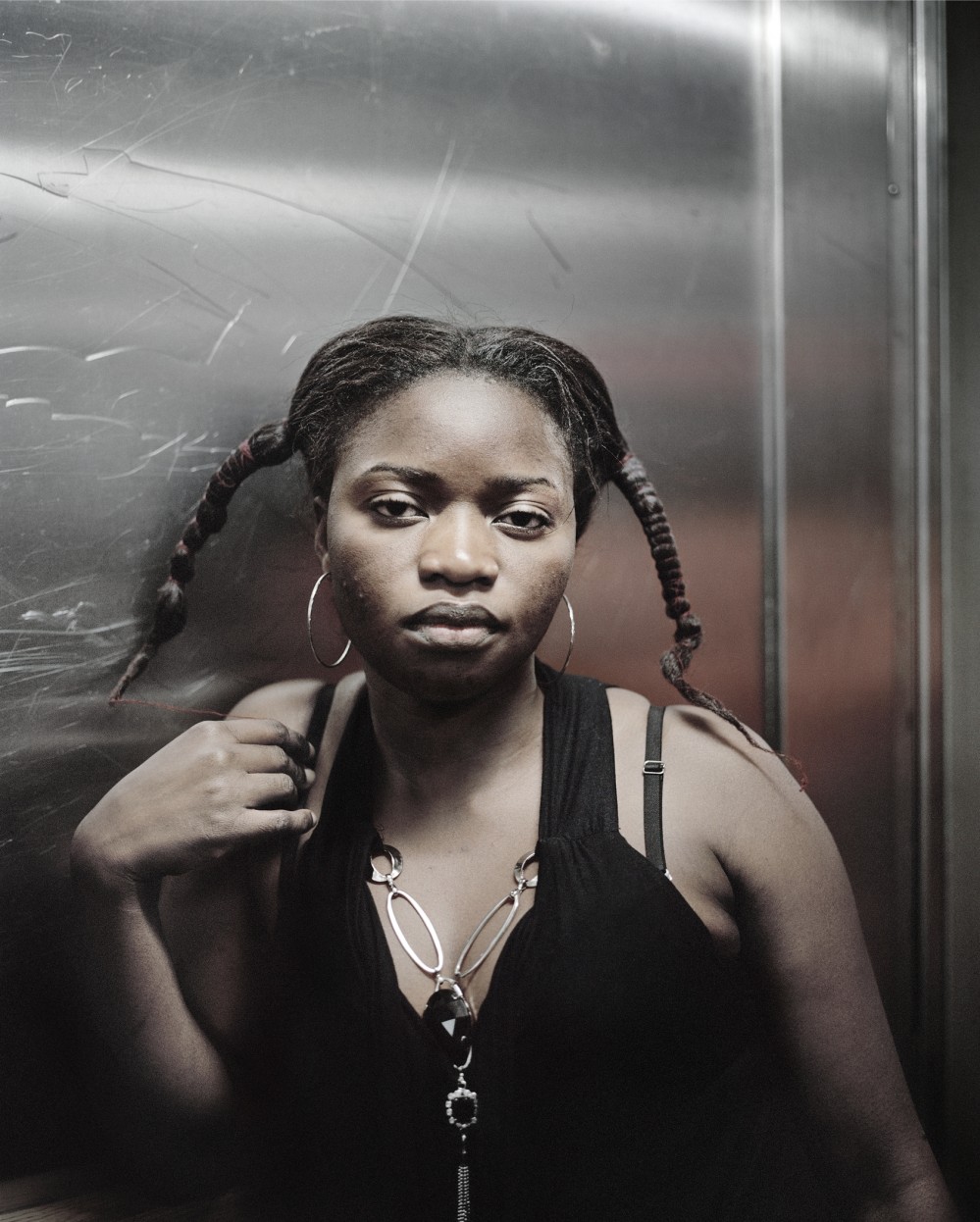 In its later incarnations, Ponte City came to stand for urban decay and criminality, and in some of the more right-wing imaginings, as a symbol of the failure of black majority rule.

Thrusting upwards 54 storeys from the unstable geology of the Witwatersrand gold seam, Ponte City has become an icon of the demise of Johannesberg’s first gilded age, and of the social, political, and economic tension that has marked the tower’s changing fortunes since it was first conceived.

Work on Ponte City began in 1969, during a period of rapid development in South Africa. Sited on the edge of the then-popular Hillbrow district, Ponte City was aimed at an upmarket white-only clientele. But the wave of optimism that had supported the postwar building boom was playing itself out around the time that Ponte City was completed in 1975. In the six years it took to finish the building, stagnating property markets and escalating racial tension sent Hillbrow and the surrounding districts of Berea and Yeoville into a tailspin. Throughout the 1980s, the progressive ‘greying’ of the area – the influx of black, coloured, and Indian residents into what had been an exclusively white neighbourhood – was compounded by white flight. By the late 1990s, the Hillbrow area was a slum, and Ponte City had become a kind of Ellis Island, a stopover for waves of immigrants from other African countries.

In its later incarnations, Ponte City came to stand for urban decay and criminality, and in some of the more right-wing imaginings, as a symbol of the failure of black majority rule. The tower – especially the 173-metre central oculus, or ‘core’, its lower levels sunk in a permanent twilight – acquired its own dystopian iconography of garbage and gloom, disenfranchisement and hopelessness. As Sean O’Toole has remarked, Ponte City became an ‘exaggerated site of projection and myth making.’ 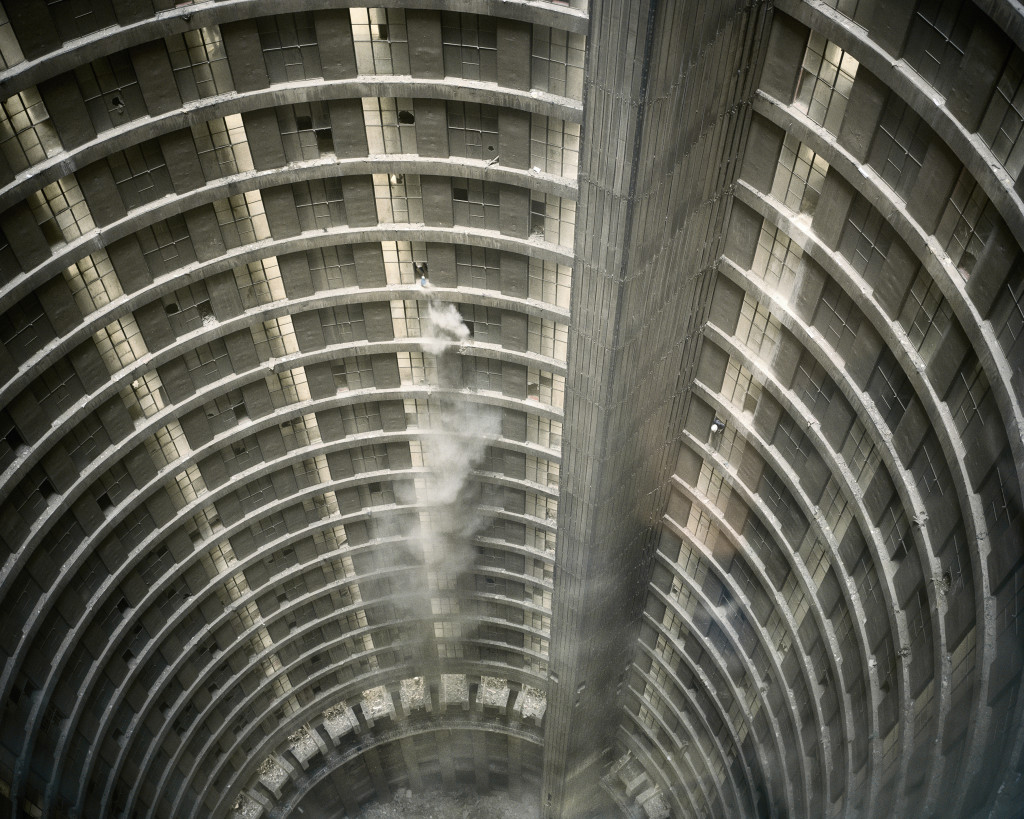 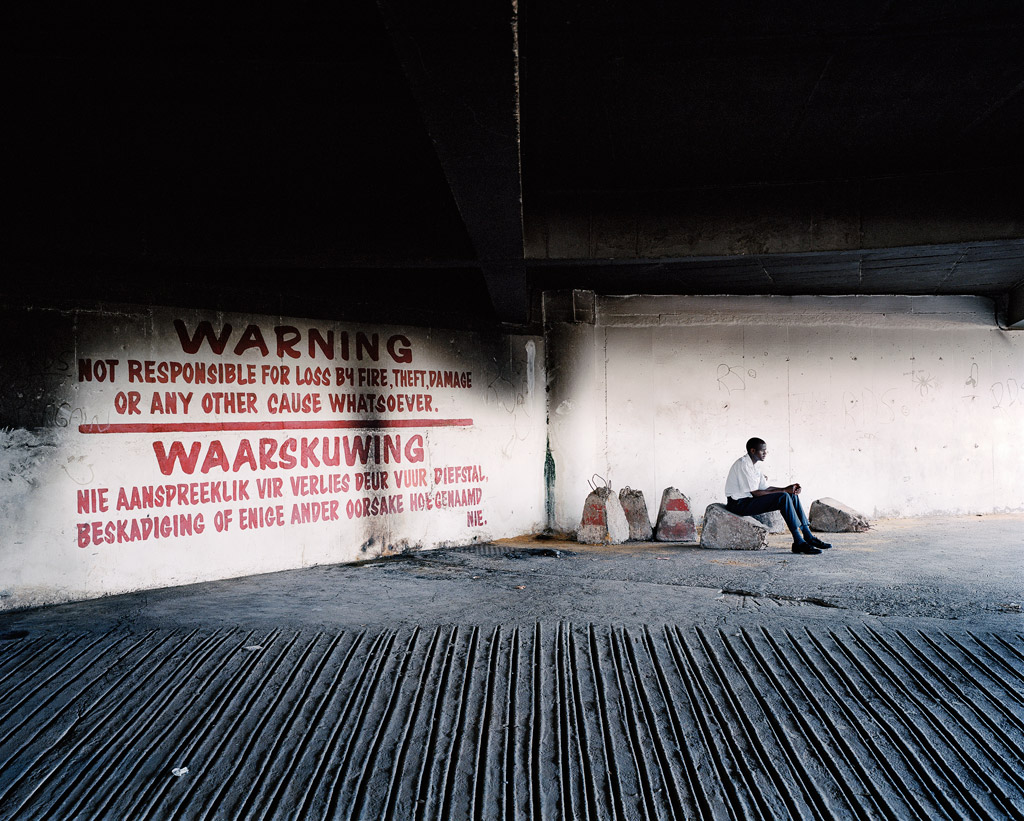 Ponte City makes no attempt to synthesise or explain the building’s knotted history.

In 2008, shortly after another ill-fated attempt at redevelopment, Mikhael Subotzky and Patrick Waterhouse began documenting the building and its inhabitants. The resulting five-year project is presented as boxed set comprising a single hardcover book and a series of 17 individual booklets containing visual and written essays by different contributors. Ponte City makes no attempt to synthesise or explain the building’s knotted history. Instead, it gathers together various elements: Subotzky and Waterhouse’s own photographs of the building and its environment, portraits of its interiors and occupants and views from the panoramic windows; advertising campaigns, ground plans and architectural drawings; stories, objects and documents left behind by former residents.

If the pair’s original photographic project unfolded over time into a kind of archaeology, Ponte City presents this archaeology in reverse. Denis Hirson, one of the contributors, has compared it to the inventories drawn up by French writer Georges Perec – impersonal and systematic accounts that revealed powerfully intimate narratives. It is left to the reader of Ponte City to reassemble this collection of fragments, and to discover in the process not only an account of the events, histories, ideals and aspirations that have made up the tower’s 40-year history, but something of their own beliefs and inclinations as well.