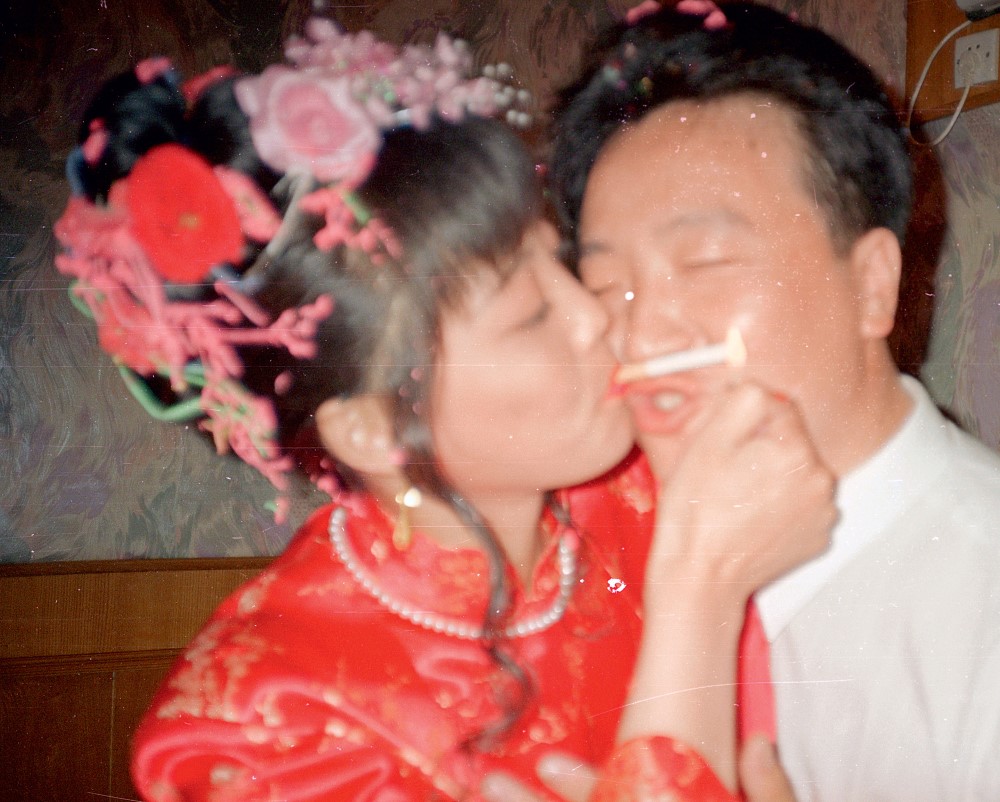 With Silvermine, is your determination to collect this material purely driven by geography? Or do you have a China fetish?

Thomas Sauvin occupies a strange place in photography. His output is sincere, his knowledge of classic hiphop is un-fuckwittable, and his publications are highly coveted gems in the photographic book fetish world. That, and he is a lovely man trying to salvage a history of china through nitrate detritus. Not a small summation of parts.

Sauvin has collected in what he has termed “The Silvermine”. It is a large collection of original negatives that he has salvaged from a factory over the course of years. The idea is that the silver content of the negatives having a value greater than the “memories” or lives within. These negatives are stripped of their illusion to Chinese daily life in a chemical process, which seeks to skin the valuable silver element from the negative, thus destroying the image. Sauvin, ever the clever, has interceded and some years ago began purchasing the negatives by the kilo. What he has amassed will likely never be assembled again.

Sauvin, like many of us collectors of the vernacular has also found himself on that odd crossroads of what it means to collect and edit material over what it means to disseminate the imagery, like Hans-Peter Feldman as art product. I had a chance to speak with him over these ideas and that of his new opus, ”Til Death Do Us Part” which correlates the marital status and value of newlywed Chinese couples to the actual weight of nicotine tar found in their lungs one year after marriage. It’s a sacred ritual akin to what Chairman Mao said of bathing…

“I never bathed. My Genitals were washed in the bodies of my women”

Brad Feuerhelm: You and I have had an ongoing conversation regarding the burden of collecting images over the burden of editor vs. artist. We have discussed at length that collecting and editing, though artful, could be seen as just that… editing… then you went out there and became an artist through your ability to produce sincerely important works with Beijng Silvermine… what led you to re-consider your position as editor/collector to that of artist?

Thomas Sauvin: I guess it’s something, which came the most naturally from the moment I had to share the project in the forms of exhibitions and books. During the first years, I spent most of my time amassing negatives, supervising the digitization process to finally watch and select images again and again, which is pretty much what a collector and an editor does. Then I was lucky enough to be able to share the project through over ten exhibitions and two publications, which quite naturally diversified the nature of my work. I perhaps became a bit more of an artist the day I had to answer the following questions: What do I show? How do I show it? And more importantly, what is it that I want to say? 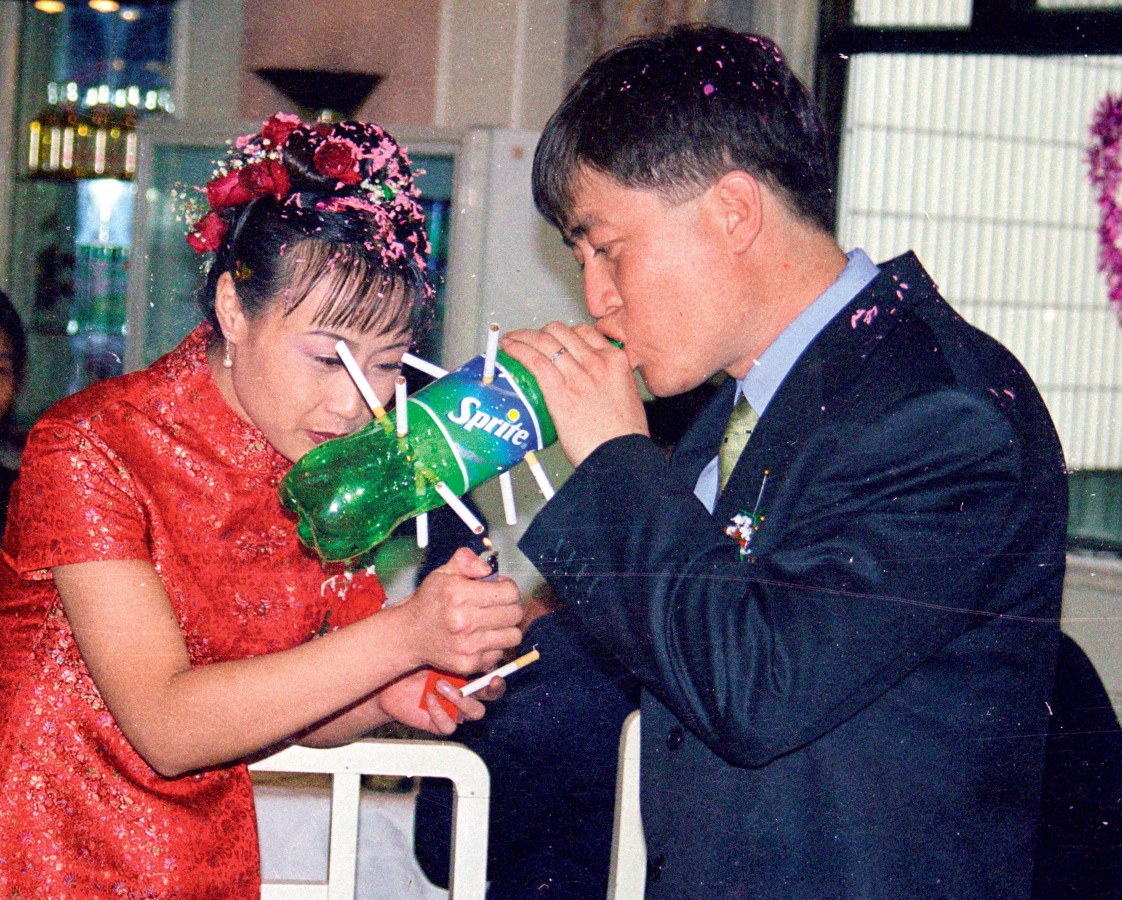 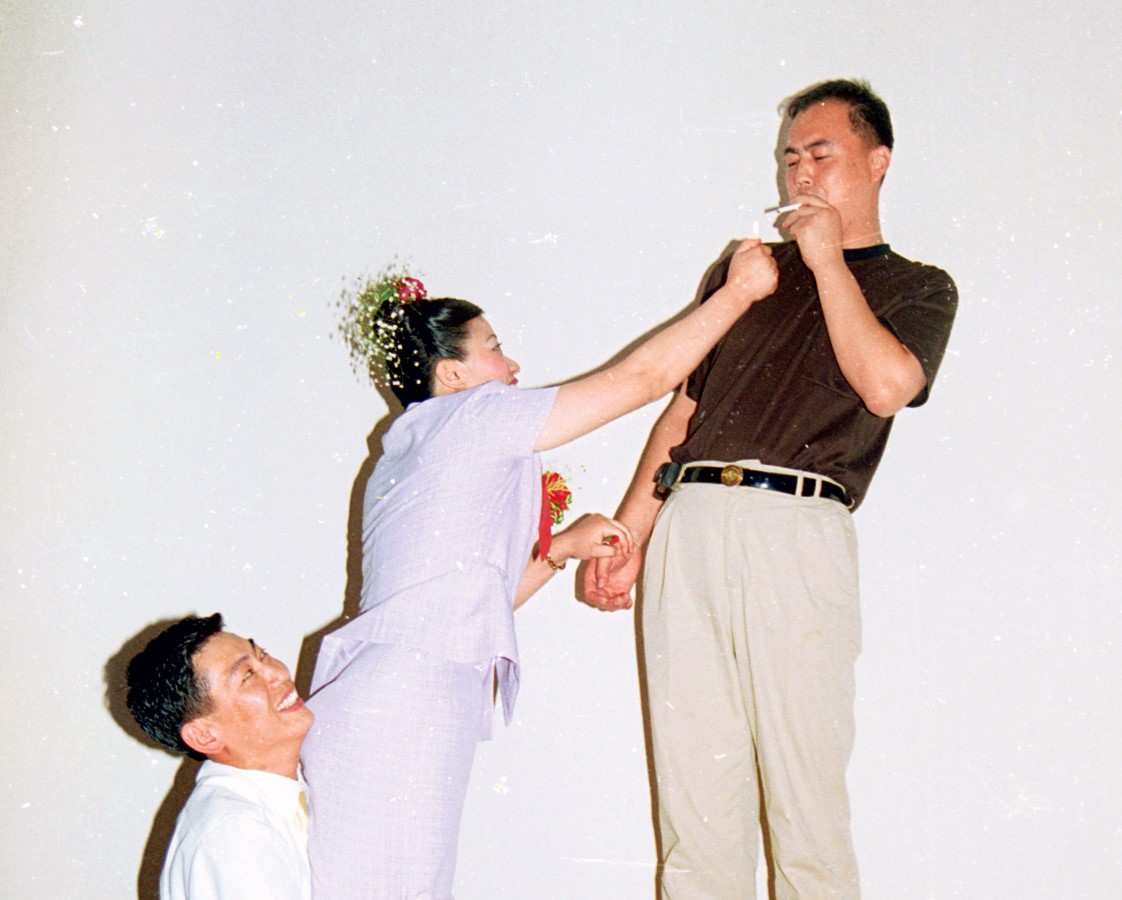 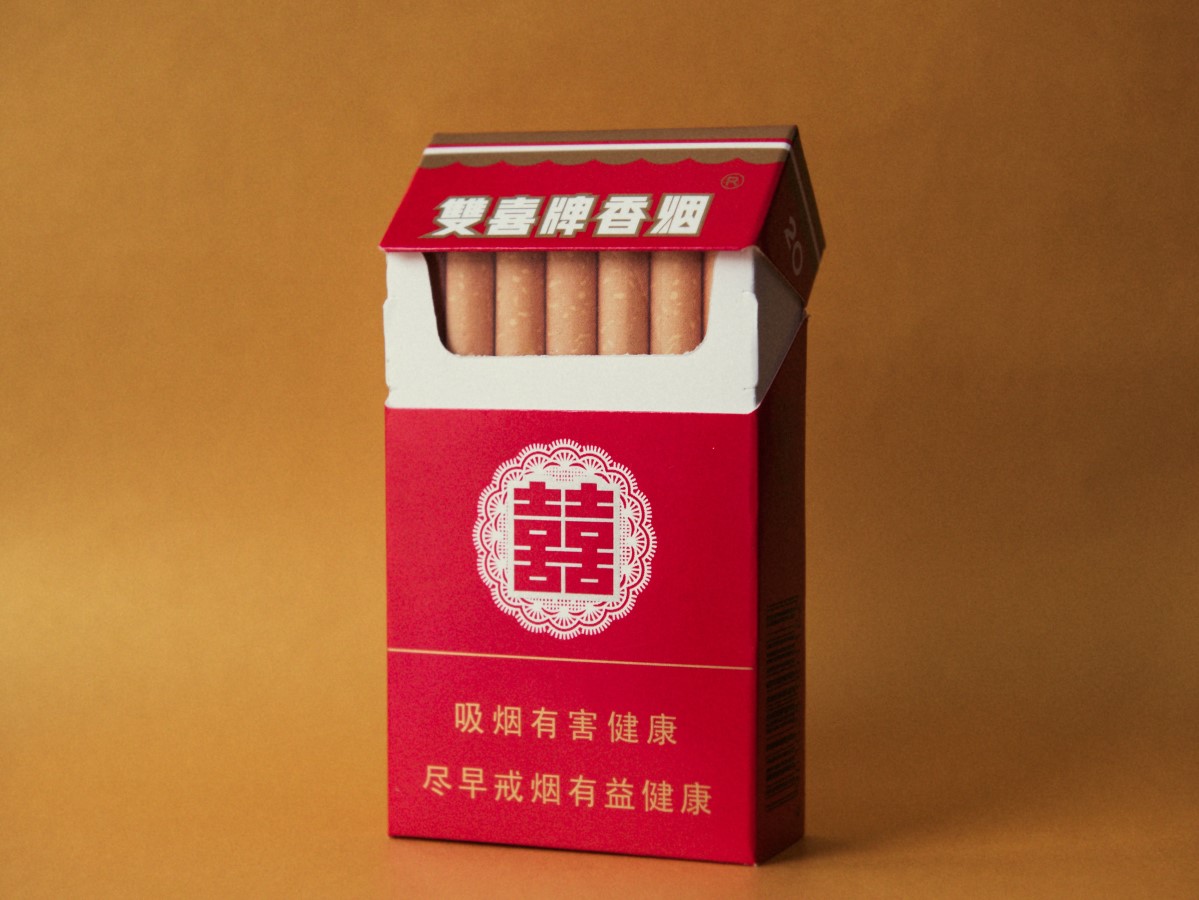 B: As a very nuanced collector of bizarre photographs, my feeling is we are sliding into an age where the re-dissemination f these materials says more about the collector than the image itself when seen en masse. With Silvermine, is your determination to collect this material purely driven by geography? Or do you have a china fetish?

T-Money: It would be quite dishonest of me not to admit that I am very much obsessed with China and its visual universe. I spent the last third of my life there, surrounded by hundreds of thousands of images no one else would care about. For this reason, my collection solely focused on Chinese material and will keep on growing that way. This being said, amassing over a million images during the last ten years created in me a strong addiction to images that I will need to satisfy by all means necessary, wherever I am in the coming years. In two months of time, I’ll be on an archive residence at the Arab Photo Foundation in Beirut and I am surely very much looking forward to dealing with non-Chinese images.

B: Your new book on smoking in China… I’ve never been, but the reports are that the Chinese are in effect genetically part nicotine… and spit…. how does a “Communist” culture get to imbibe such grand amounts of tobacco? Was Mao a smoker?

T-Money: Mao was a notorious chain-smoker. His minister of defense once said that Mao’s teeth looked like they were painted in green. Propaganda section had people specialized in whitening his teeth in photographs! During the revolution, Mao promised his troops they will have ‘food, a roof and cigarettes’. He didn’t completely lied on this one and as a result, one third of world’s smokers are in China.

BF: I have to ask… Have you seen Luc Sante’s “No Smoking” from Assouline? Nobody else seems to know it and Luc is a well-received critic who put together this larger version of people smoking globally into a package not dissimilar to yours… here is where the difference of purpose is important I believe. By being Chinese, and by its diminutive size… I find your volume much more successful and perhaps more of an art object. I guess contextualization is very important…so…did you see the book before or not? 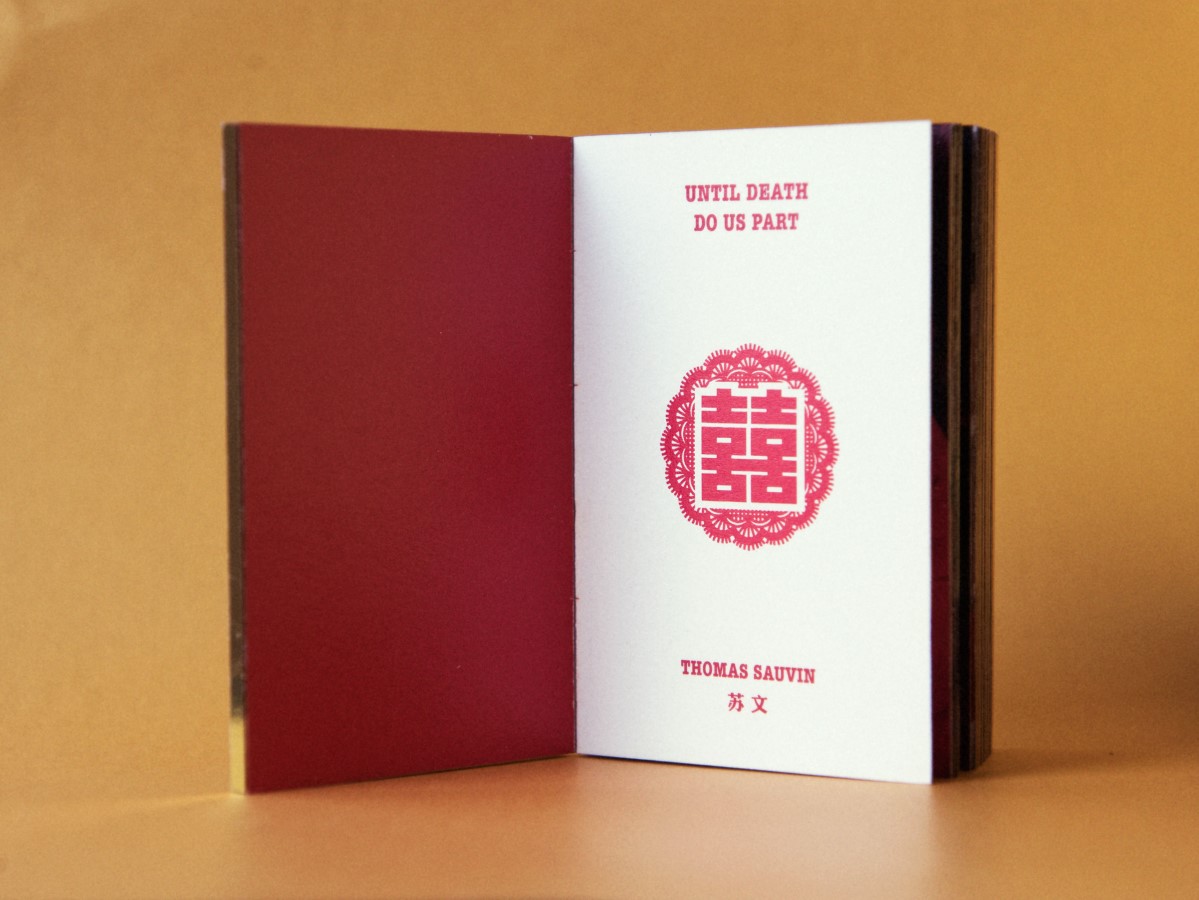 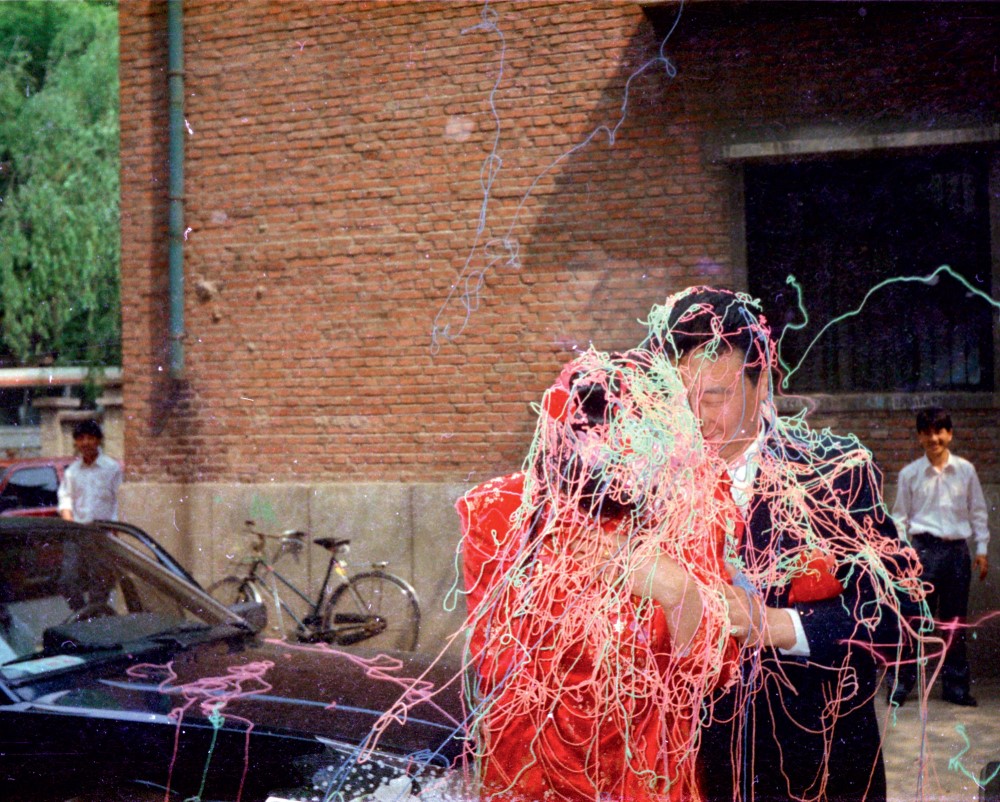 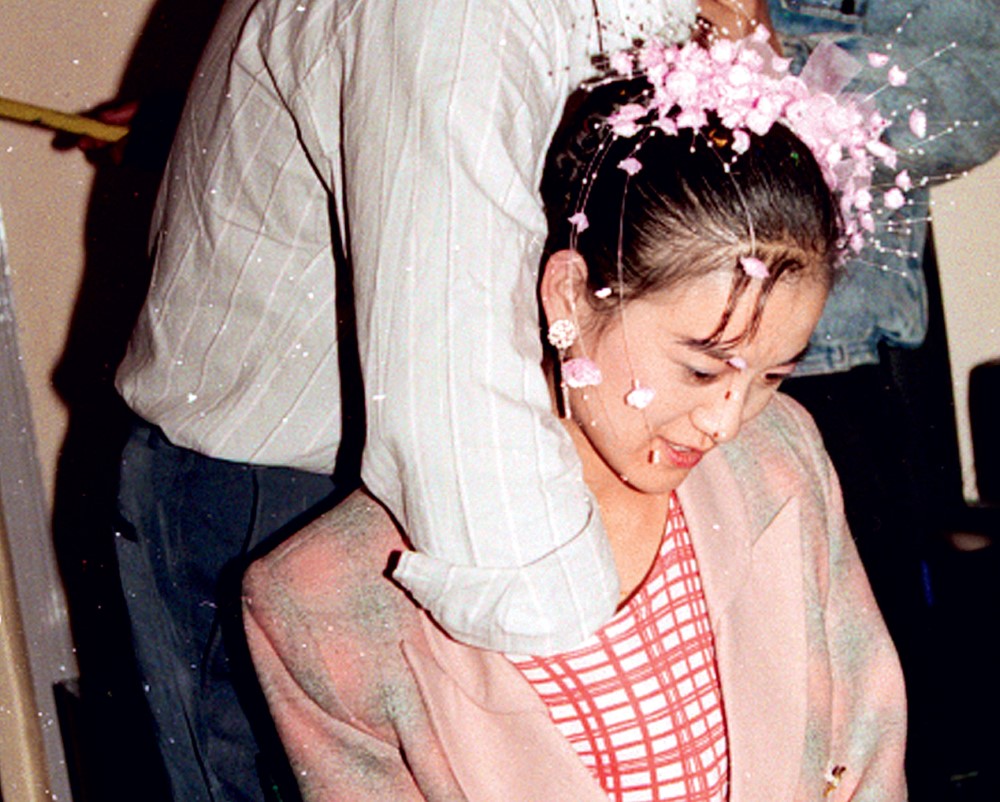 “Mao was a notorious chain-smoker. His minister of defense once said that Mao’s teeth looked like they were painted in green.”

T-Money: Oh no! In November 2014 I sent the following message to Chairman Parr: ‘In your everlasting photobooks exploration, did you ever see a book which comes in the form of a pack of cigarettes? I am working on one would love to be aware of any previous attempts.’ His answer was as short as comforting: ‘Playing cards, yes, but not cigarette pack.’ If I knew, I would have asked you!

So to answer your question, no, I never heard about this book before…. So, when we think about it, I work with images taken by other people, I put them in an original pack of cigarettes I didn’t design myself, to finally learn by you it’s a brand new idea that someone else had before! Now that’s appropriation!

BF: Your work with Melinda Gibson looks fantastic…I have yet to see a book or physical prints…but I gather the idea is a collaboration with the archive where in by Melinda used an encaustic acid on some your … how many negatives do you own now anyways? …negatives and produces more abstracted images through deterioration… how does it feel to physically degrade the material you collect? I think that is a very important step as a collector…. 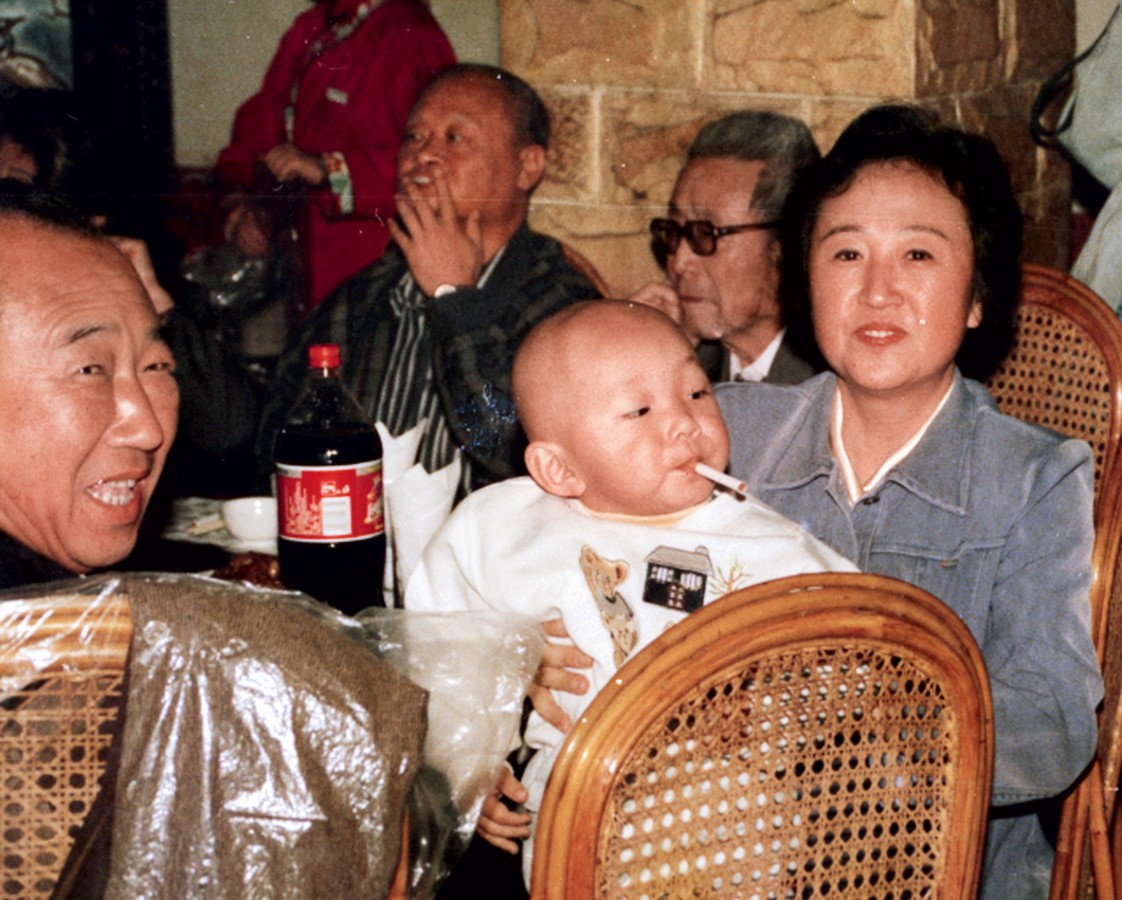 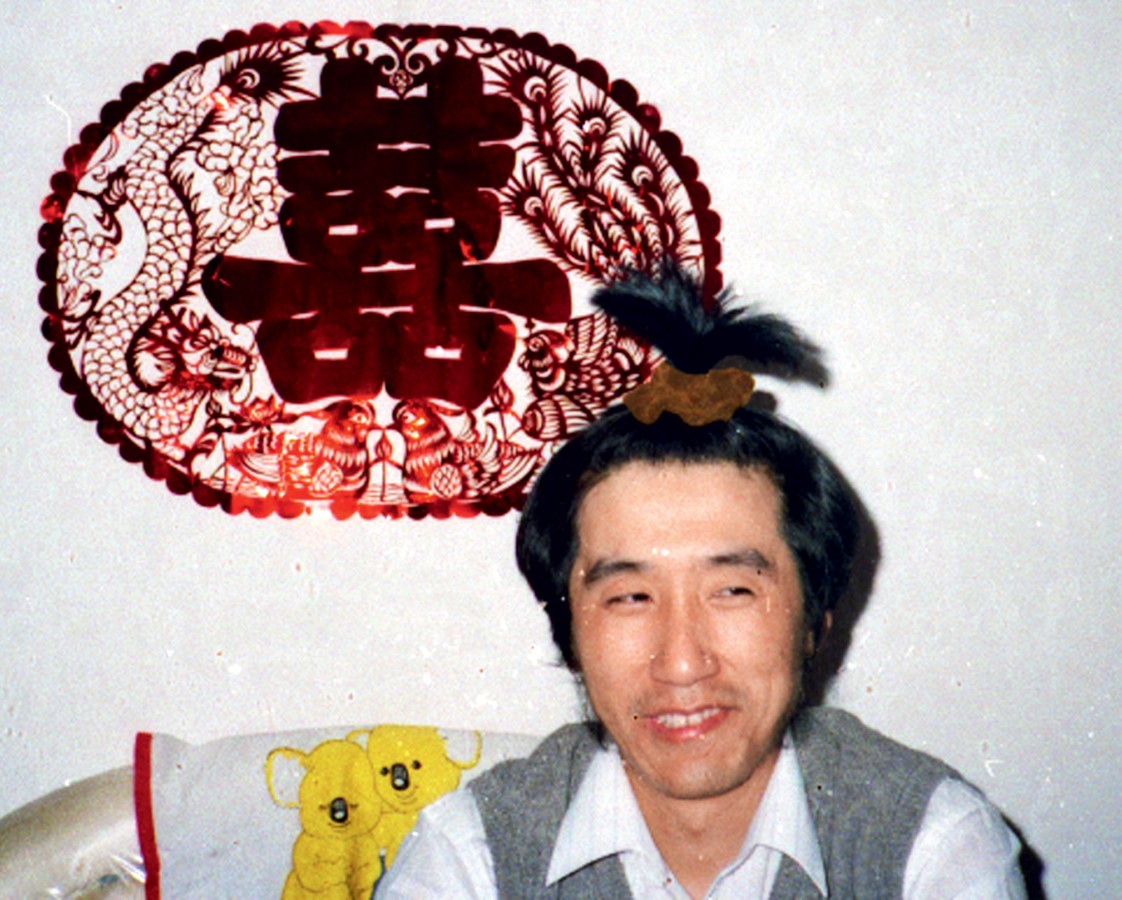 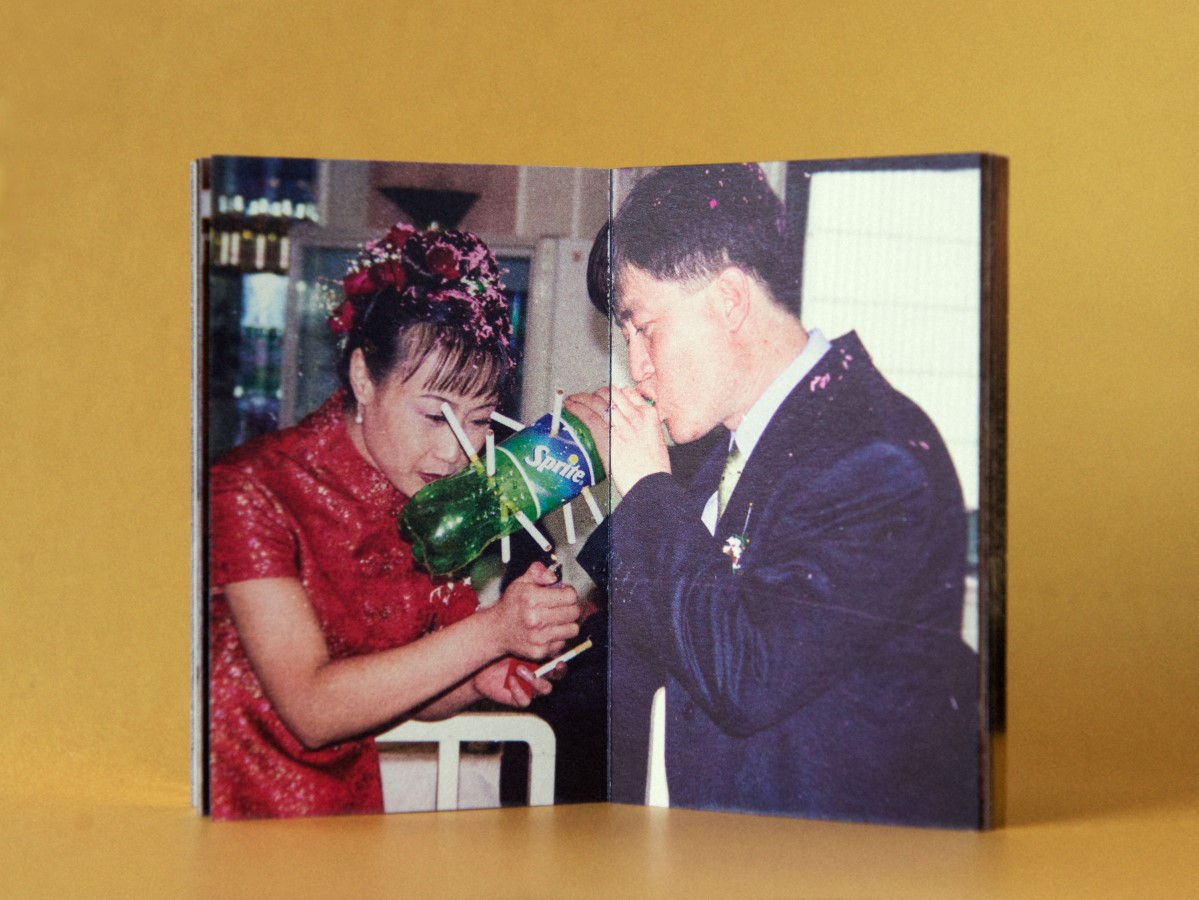 T-Money: The Silvermine archive now counts over 700000 negatives and the greatest shame of all would be for me to interact with these on my own. In 2012, I discovered Melinda Gibson’s ‘Photography as Contemporary Art’ series and instantly thought it would be fantastic to have her exploring the archive. Two residencies and two years later, we released the Lunar Caustic series. As expected, Melinda’s approach was very different to the one I did before, not specifically focusing on the anthropological, sociological or historical, rather, she has aided these with a conceptual approach about the lifespan of these images and of the medium at large. When applying acid and nitrate to an existing image, we focused less upon the salvaged image, and more upon those millions of images that suffered another fate. We examined their organic disappearance. We didn’t degrade the original negatives, but worked on a hand-made prints made with them. No matter the reason, I think I’d be very uncomfortable with destroying an original negative from the archive.

BF: What are your plans with the archive? What will you do as your popularity expands in china if the government wants all that material back, but doesn’t want to pay. Is there such a thing as Chinese patrimonie?

T-Money: The archive is growing bigger everyday as I just bought 84 kilos about one month ago. I’ll keep on building this collection as long as this recycling plant amasses significant amounts of negatives, and it will hopefully witness the death of analog photography in China. More collaborations, exhibitions and publications are to come and I’ll make sure to keep on spamming your newsfeed about all this.

The Silvermine archive now counts over 700,000 negatives and the greatest shame of all would be for me to interact with these on my own.

To finally answer your question in a diplomatic way, yes, I would be very happy to see this archive collected by a relevant Chinese institution, one day, maybe.

Til death do us part

EXPLORE ALL THOMAS SAUVIN ON ASX