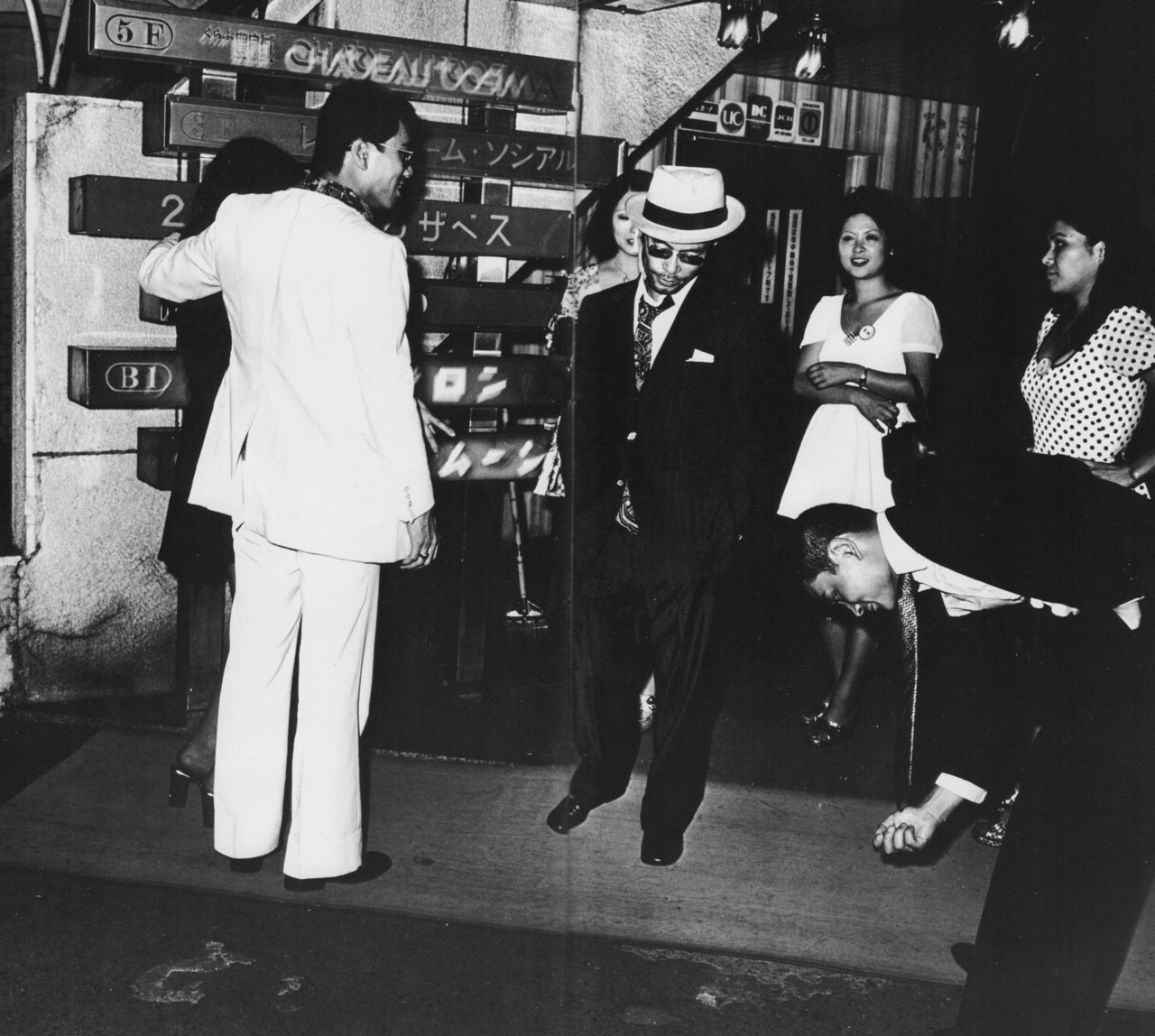 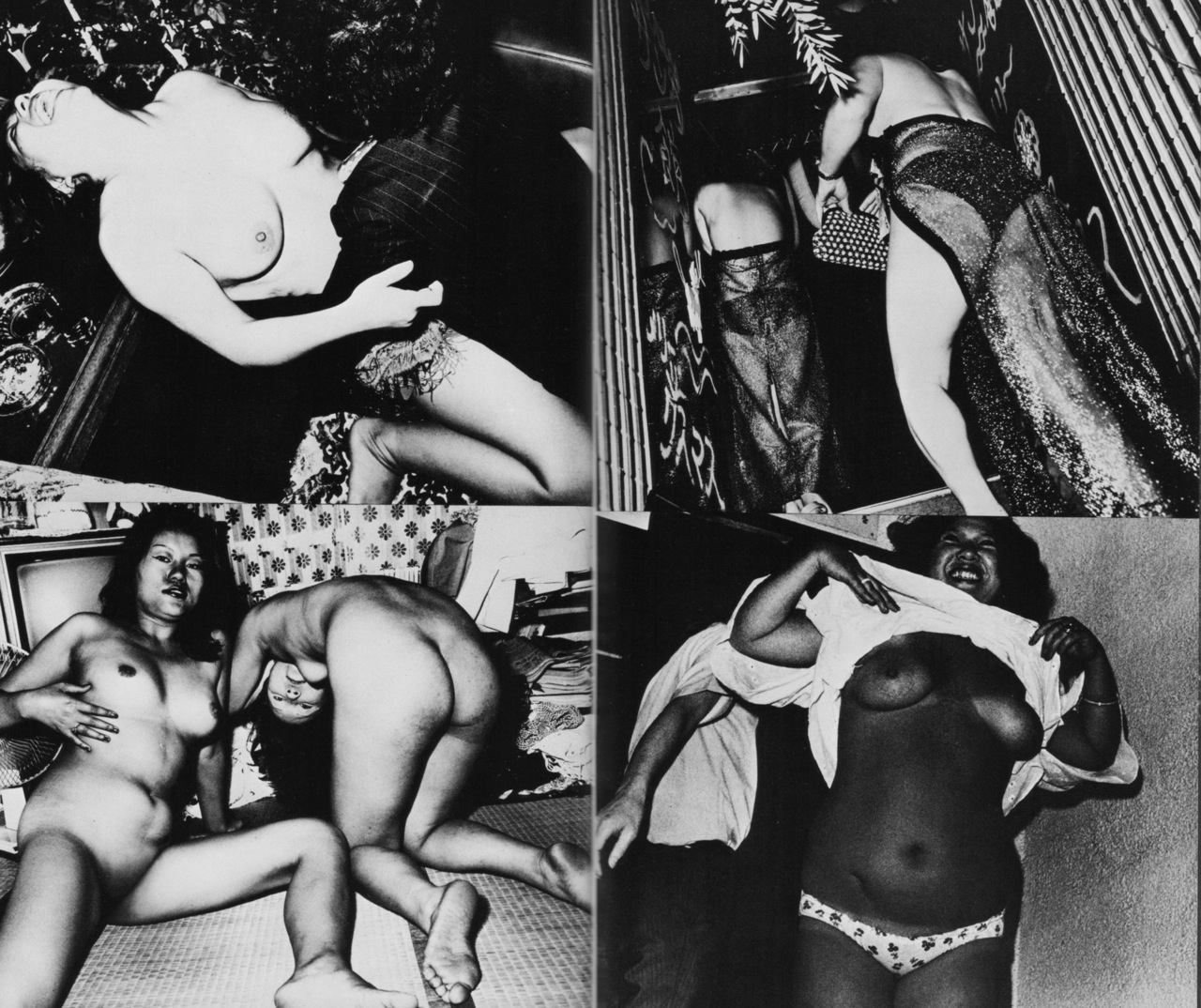 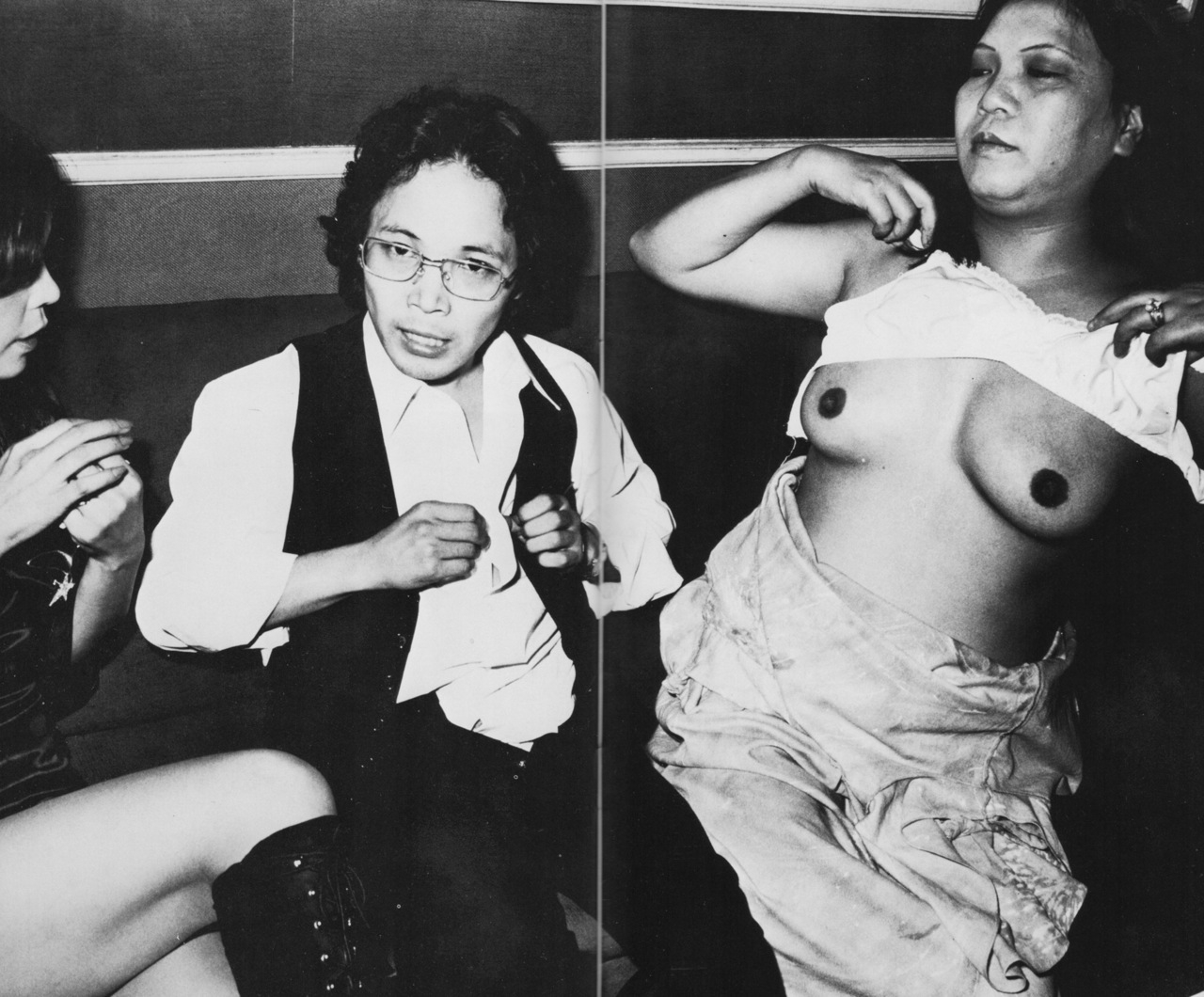 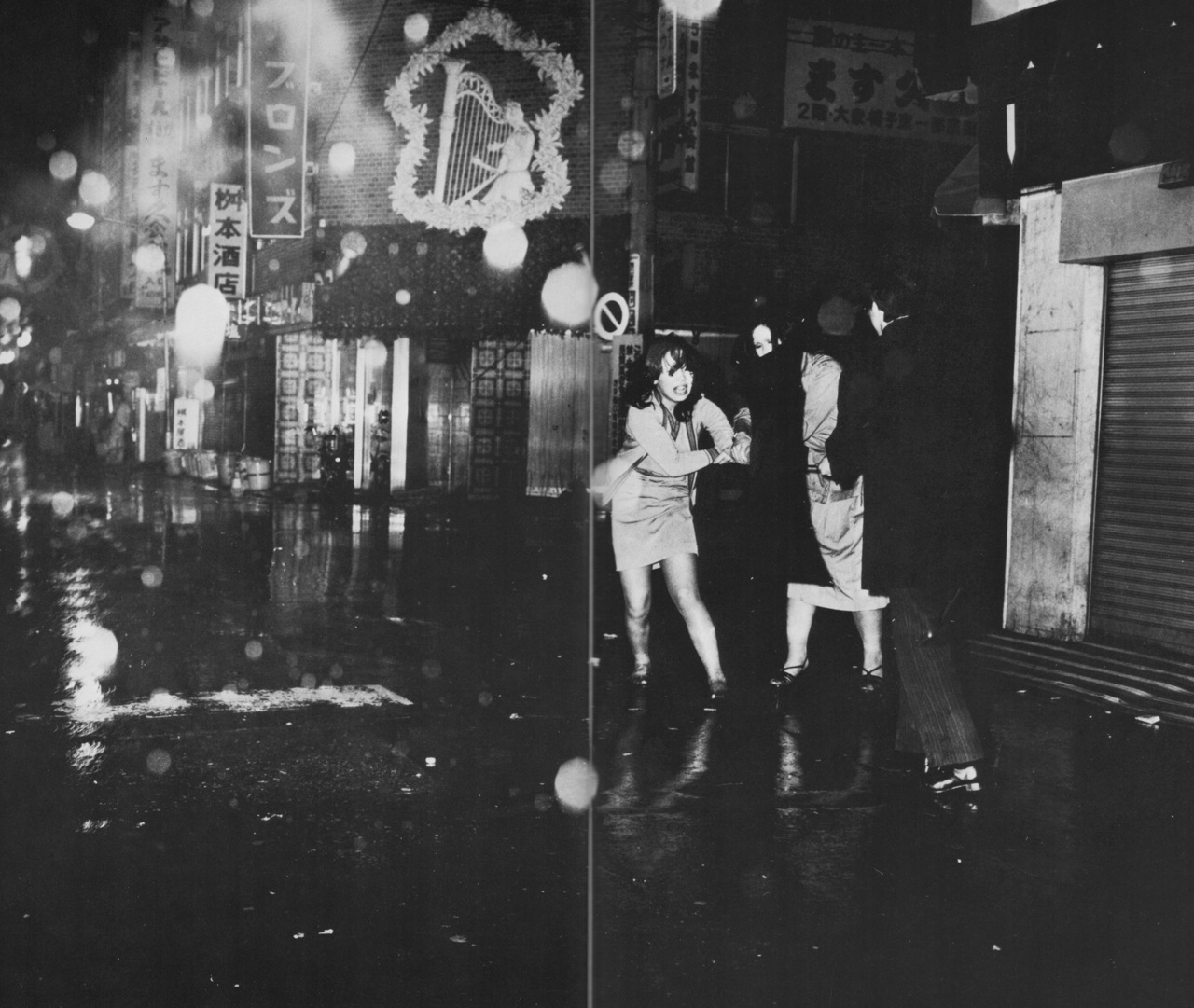 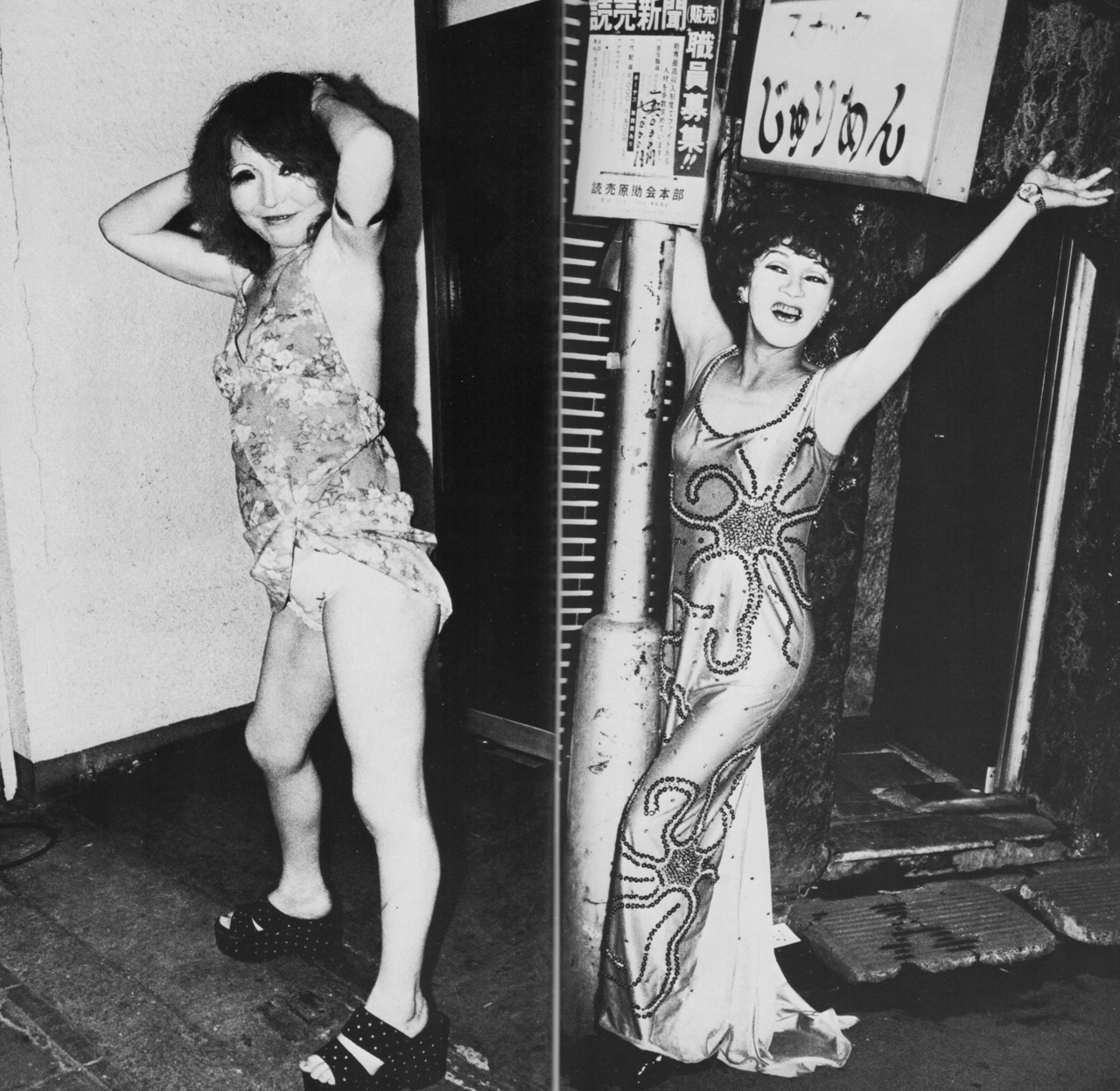 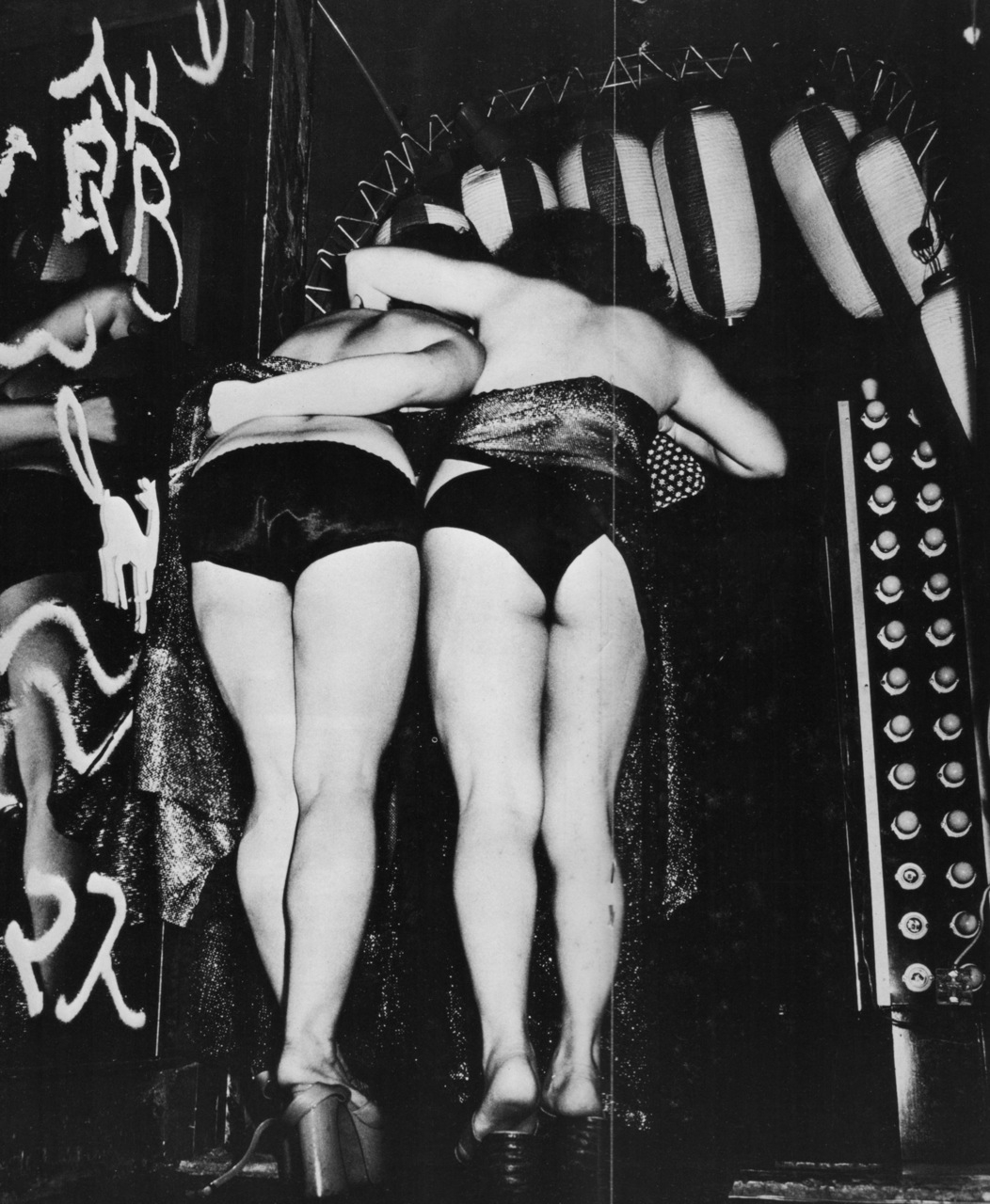 A rare volume from the scarce Photography Workshop Group founded by Moriyama. Though all of the members contribute to the text, the photographs in this volume are given over entirely to Seiji Kurata. A number of his otherwise unpublished photos plus photos that would later appear in his famed photobook “Flash-Up.”

“Seiji Kurata, a student of Daido Moriyama, has a unique photographic voice… yakuza, strippers, transvestites, Hell’s Angels, members of the ultra-nationalist Black Dragon Society, and ordinary punters living life on the edge for an hour or two… sex, drinking, gambling and a dash of violence to spice the mix in the form of brawls, gang fights and traffic accidents. Kurata, however, makes telling photographs from this mix. He has an unerring instinct for images that suggest stories. They are highly polished, detailed pictures, full of information, and his pioneering technique, using a medium-format camera, was much copied. His tone is distinct, cooler than Moriyama’s, similar to Araki’s, but focused more on the sociological, like his contemporary, Keizo Kitajima… Kurata’s full-on flash style and choice of subject matter has evoked easy comparisons to Weegee, but he remains resolutely his own man.”