For the authors Feuerhelm and Salu, theirs’ is an act of frustration at our willingness to sit back and be spoon-fed bullshit while behind us a cartoon mouse holds a gun to our head.

This book reads as an unrelenting portrait of “the enemy” today. Using the historic Walker Evans and James Agee book, “Let Us Now Praise Famous Men” (1941) as reference, we are handed an object that turns its focus from victim to perpetrator, and that unlike its predecessor, is blatant and uncensored in its message. The message is a bullet. It is a direct counter-balance to the military-industrial complex by use of gun violence, the book and faces within being physically shot by a handgun, thus becoming an object of violence and iconoclasm.

The original tract, published years after it was made and not how the authors initially intended, illustrates the extreme poverty and plight of the sharecroppers in the American South during the “Dust Bowl” years, against the background of Franklin Roosevelt’s New Deal Policies. Within, we find images of an undefended and vulnerable section of society manipulated for political gain. Within his book, Brad Feuerhelm highlights the seemingly limitless complacency by which we allow the military-industrial complex to commit brazen acts of atrocity on our behalf and upon our own society in their oblique production of the Disney-fication of warfare and through advanced systems of violent production.

Evans’ beautifully intimate and considered black and white photographs have been replaced by tightly cropped and pixelated images of the smiling fleshy faces responsible for the production and distribution of arms and drones in the USA and abroad. Pierced by a bullet, the book implicates each reader in an act of violence they become willing to claim responsibility for through acts of unknowing absolution. No doubt the book has an air of self-satisfaction and arrives in a braggadocious memento of a dare we weren’t brave enough to perform. How far can one get away with shooting multiple presidents and heads of corporate military ideologues? You feel the sweet sticky pangs of a guilty pleasure rise from the gut as the bullet-marred pages of a usually faceless evil are turned over and in themselves bear the mark of violence delivered from a Glock .45. 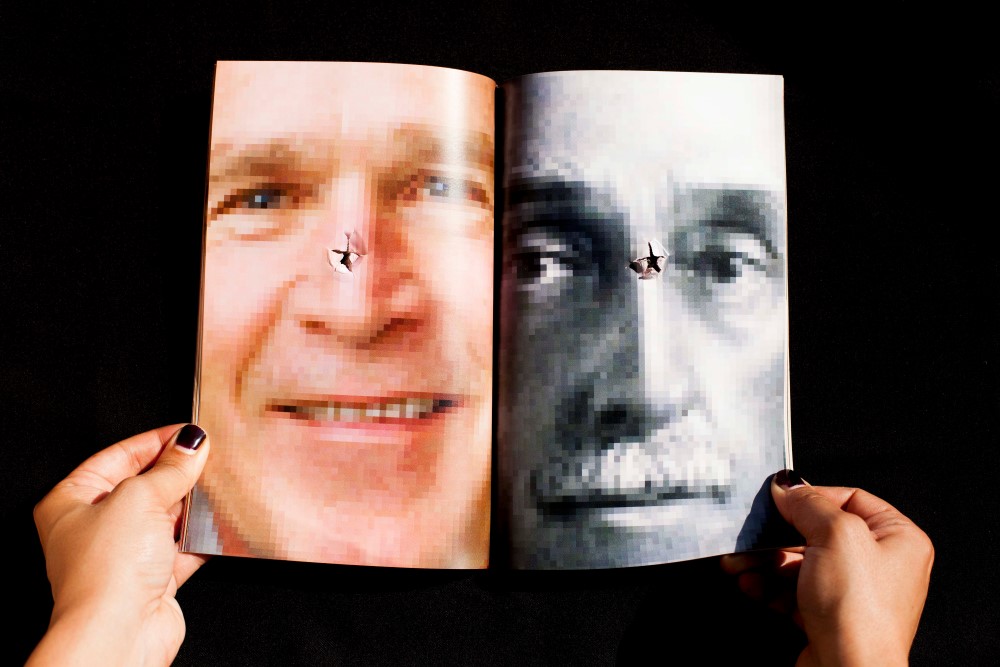 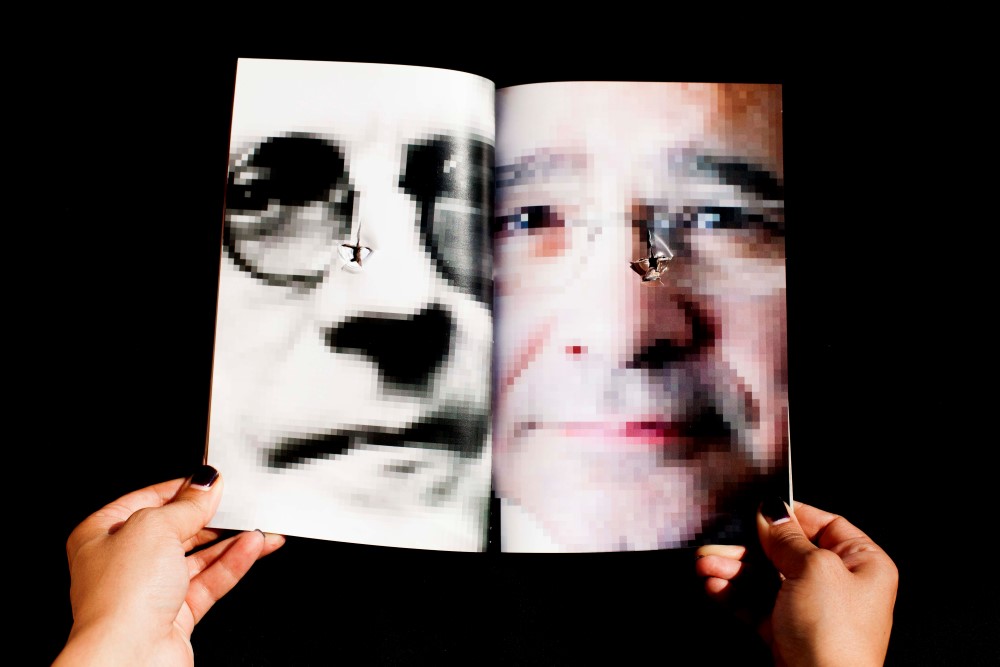 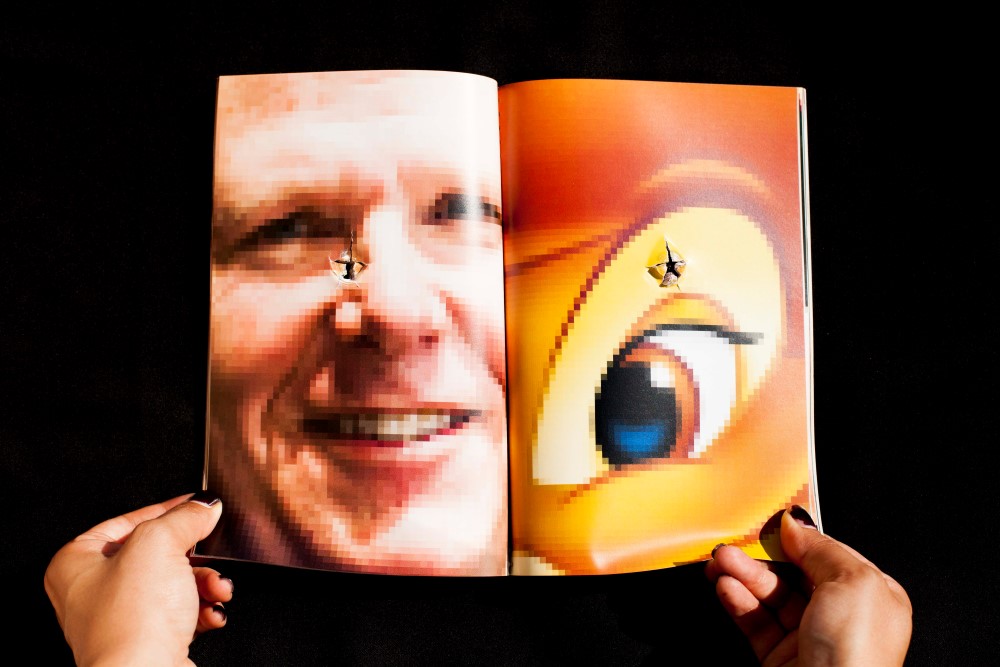 As we turn the pages we are complicit in this act of inverse terrorism, it is an execution only activated by us. We are made to pull the trigger, page by page.

Unlike Agee, who stated his book was not for entertainment, we know for sure there is a part of this book that relishes a playful perversity. The reader almost expects it to be accompanied by the corporate slogan “And now for your viewing pleasure”. Instead, the book is accompanied by a pamphlet with a text by writer Michael Salu and a separate text by creator Brad Feuerhelm. The words are reminiscent of a sermon, implying it should be read aloud. In the texts, we are simultaneously prey and adversary, “held silent by too much passive grazing”(Feuerhelm) and hunter, whose “barrel trails them…sight upon the obedient single file”(Salu). Each is a monologue of poetry and politics, adopting the language of the American patriot and militia to further the message. For the authors Feuerhelm and Salu, theirs’ is an act of frustration at our willingness to sit back and be spoon-fed bullshit while behind us a cartoon mouse holds a gun to our head.

Evans refers to Agee’s writing as “the reflection of one resolute, private rebellion”, and this seems to translate here. But this act of rebellion is not solely by Feuerhelm and Salu, but also by their readership. As in the case of Let Us Now Praise Famous Men, we are as important as the authors themselves. As we turn the pages, we are complicit in this act of inverse terrorism, it is an execution only activated by the reader by peeling apart of the bullet-compacted pages. We are made to pull the trigger, page by page.