Looking at Ray Pettibon’s hand-drawn concert flyers from the early days of Black Flag it’s hard not to think that, although we live in rough times, the late-seventies to mid-eighties looks grimy as all hell. Crime was rising, jobs were leaving, and punk was a sociological reaction to this.

Pettibon’s images eschew representations of punk style, of the signifiers that would prove more enduring than the thing-itself, but they channel the ethos of bleak humor and ironic identification (a punk was, after-all, jailhouse slang for the guys who sucked dick for cigarettes.) Pettibon’s drawings say: sure, I’ll suck dick for cigarettes. Sure, I’m like that baby in the womb – I just wanna die in peace. Sure, I shoot up with my toes cuz I don’t have any arms, no problem. 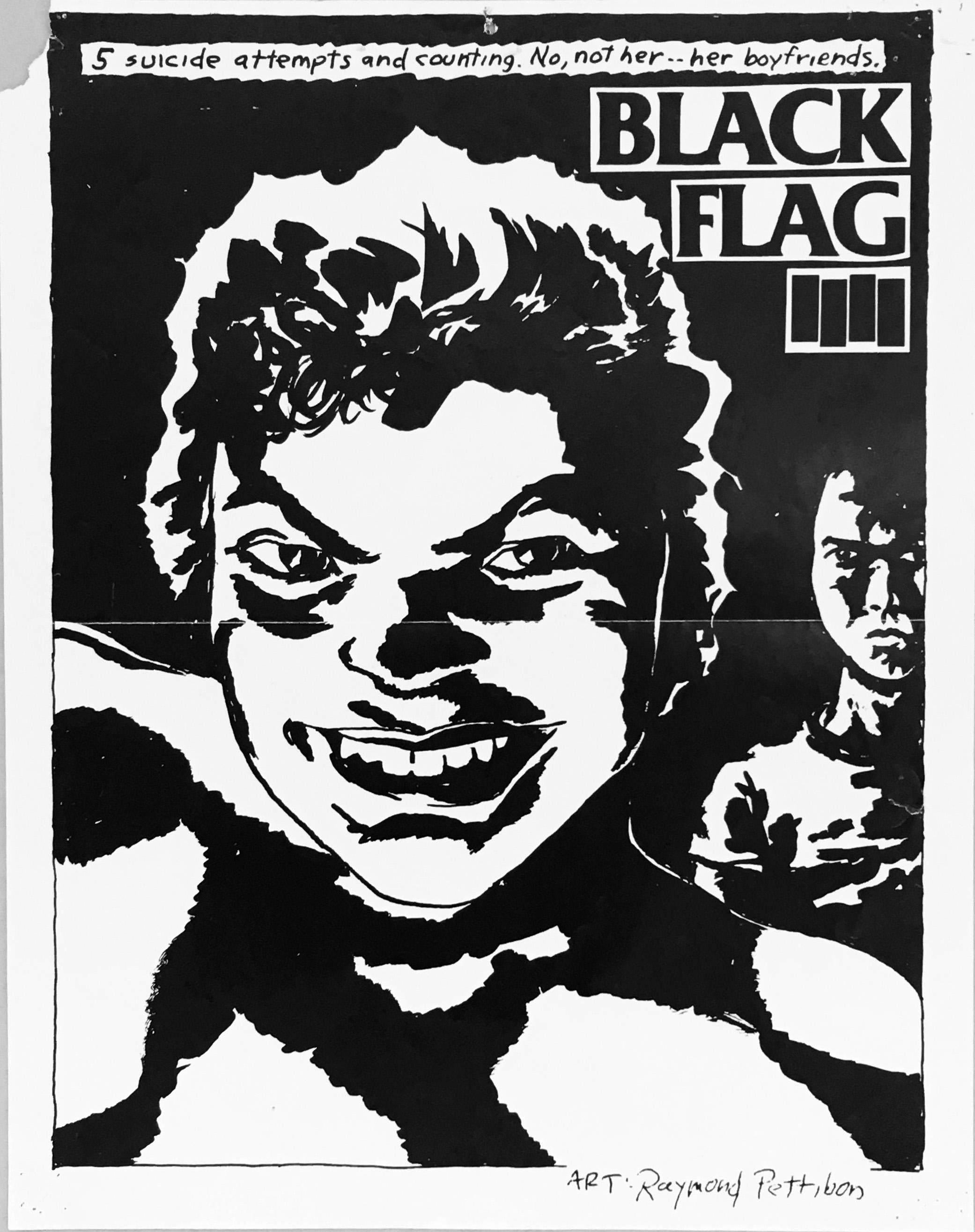 Music was then more than now a localized culture. Pettibon’s posters show that Black Flag was a west-coast phenomenon centered around So-Cal; and the images are tied to the idea of California by their film noir archetypes, the no-luck low-life men at the end of their ropes, the femme fatale and the evil cartoons and sexual monsters and hysterical, grinning faces of post-Manson Family paranoia.