“ATEM is the book stage in the work The Narrow Door, a matrix that is constantly changing and evolving to mimic the organic and autonomous nature of living beings.”

The ash blows across my face, creeps into my eyes, each granule/flake apportioned to my disability to see past the floating specters lodged in my eye socket. I drive along the sullen grey landscape looking for some sort of fratricidal commitment from my peers, each lumbering wink of my eyelid calcifying the remains of what was my being, held in a vexing and miasmic light of an encroaching nightfall. My days are shorter and shorter.

I feel as though I have spent an eternity in some distorted dislocation center, severing my nerves from that of my reason. It as if to quantify each blink with a parting of meaning, of who I was, or who I will be as I wobble and careen through the pathways along the edge of a steep cliff edge looking for a ravine where the crepuscular gloom merges with a final sunset. To imagine this terrain, it would be a ravine where I would sit idly looking for ascension to a greater heaven if I truly believed in such an ascent. To sit covered in the leaves as they drop, like the same ashes that stream into my vision, a place without torment where a final rest can contour my body until legions of carrion pick over my bones and liquefying tissue.

I can’t even feel the speed pass under the metal box that houses my body as I consider this ravine. It is an elysian dream where silence is unencumbered with racing thoughts, racing images, contemplations of a life of disorder, a nomadism without intent, and I succumb to the fallacy of my body’s presence in this ravine where before long, soft snowfalls will cover my disarticulated pieces, the meat of my being long ago suffering the infestation of birth by way of larvae, eyeballs encrusted with new life that feeds from their sustaining ash filled uselessness. In the wake of this pre-figuration of death, I cannot even evade spawning new life.

The memories creep in, the moments, the people, themselves disarticulated from any noble path of thought I had for participating in this thing, life. All has become fragmentary, the vessel of non-thought driven by a mouth that consumes not for enjoyment, but for the hollow need to endure the cascading supply of objects and bonds I mistakenly believe support the importance of my being. It is an unnatural servitude where the ravine’s lullaby, after one resounding shot, still cannot clarify the separate and draining tidal waters of imagery and the ash still continues unabated, mixing with the incredulous reverence for these memories, un-savory and fleeting totems of a past spinning into a waxen and cold future. 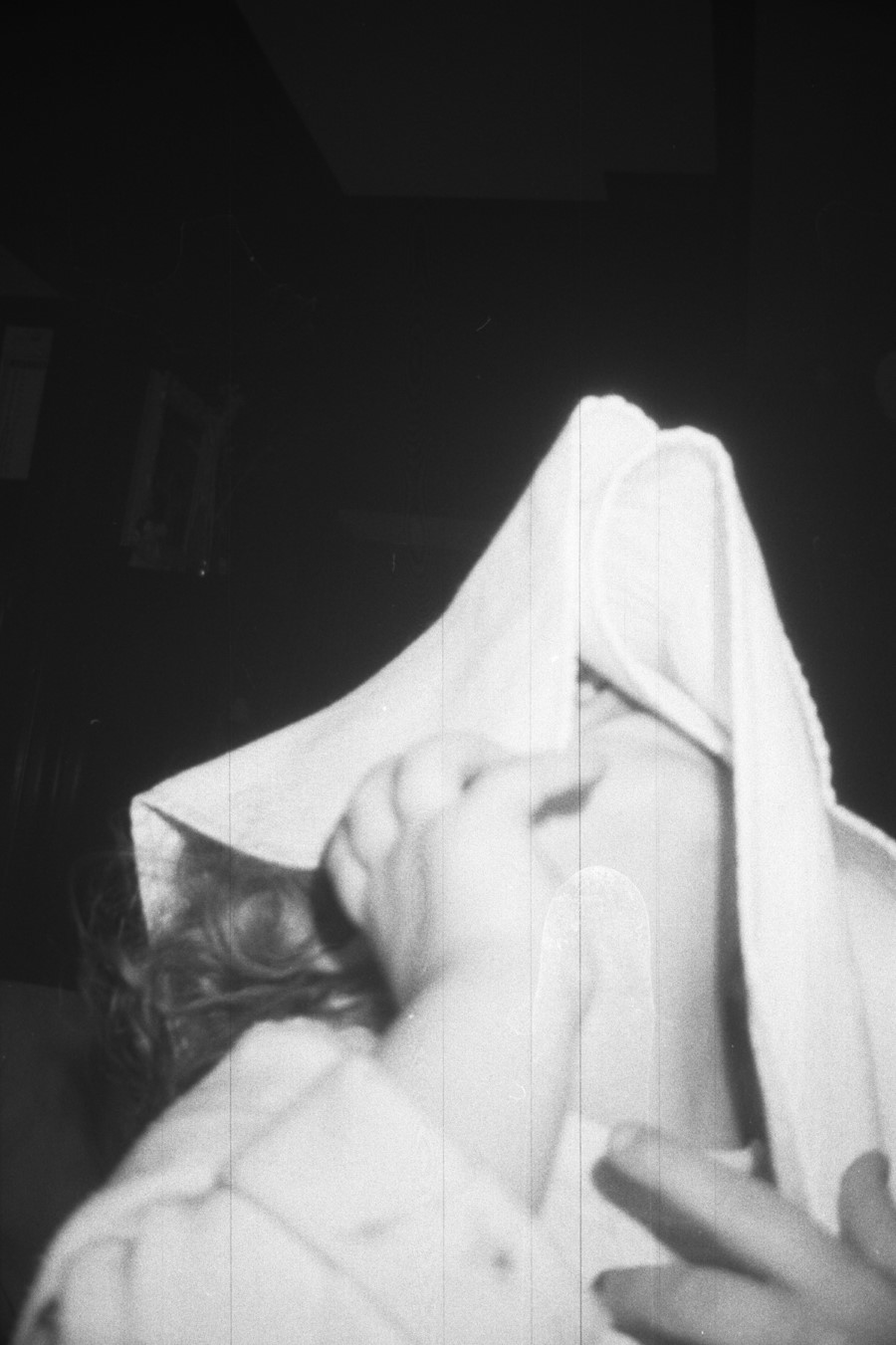 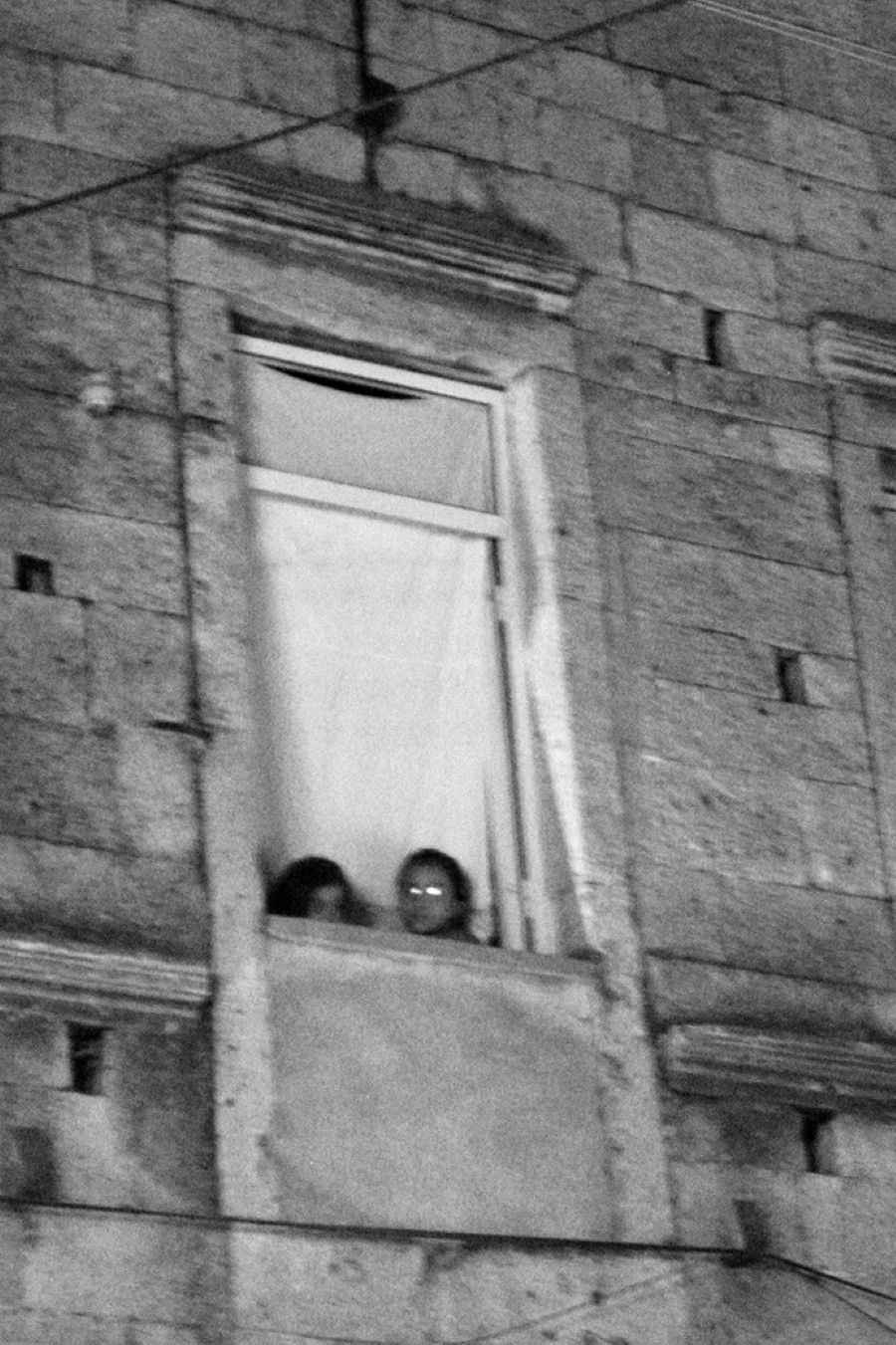 Atem is something of a cold tome where the images are used as a fleeting embrace or collation of imagery that flickers in and out of the creator’s intent in so much as he does not seem to have one cohesive interest in their distribution.

In the author’s own words…..

ATEM is the book stage in the work The Narrow Door, a matrix that is constantly changing and evolving to mimic the organic and autonomous nature of living beings. The structure of this photographic work derives from the idea that images cannot be pinned down or embalmed. Images are alive if their poetic, open and indefinite essence is respected.

At the very core of the work is the theme of ‘survival’: all those states, people, conditions, events and atmospheres that are ignored or neglected by the conservative practice of the society of merchandise and spectacle. ATEM is a pulsing container where I keep alive what could be killed and eliminated by the idea of ‘contemporary’. The specific character of survival, being far away from the neurotic center of the ‘new and now’, preserves a precious quality of exceptionality and stupor. The slow pace of survival and its quiet destitute life is also a special condition in which memory of the past and its figures are respected, and where remembrance becomes beneficial. From this point of view ATEM is an anti-modern and political work.

The book respects and displays the impossibility to rely just on the fixed perimeter of photographs planned while shooting. It breaks, fragments and splits images and it shows well how a photograph does not end where the photographer had decided to end. Images are coupling, mating and fighting one another creating new possibilities and new patterns of recognition. The poetic and opens character of the images not only remains untouched but is actually potentiated.

In my ash cloaked words there lies an allegory….

ATEM is something of a cold tome where the images are used as a fleeting embrace or collation of imagery that flickers in and out of the creator’s intent in so much as he does not seem to have one cohesive interest in their distribution. This is very much why the book is a success. It is to use photographs for what they really are, non-representational epitaphs of moments rendered in silver with little meaning when consumed in great amounts by second or third parties. The book is filled with images. It has a DIY aesthetic by design and covertly bargains with the viewer to NOT make a narrative from their collective assembly. This speaks more truth within photography than do a large number of other books currently being published under that age-old headache of “series”. Rezza has successfully disassembled the collateral damage fed, in large measure, by associative stress disorders and the need to communally understand the author.