Medusa was in various forms of legend alternately beautiful and hideous; a telling difference, in that it suggests either extreme is equally liable to turn a man to stone.

The words Pretty/Dirty, the title of Marilyn Minter’s current exhibition at Contemporary Arts Museum Houston and the corresponding book, come together to create a range of meanings, both oppositional and complimentary, that echoes the ambiguity and duality between beauty and repulsion in Minter’s female figures. Medusa was in various forms of legend alternately beautiful and hideous; a telling difference, in that it suggests either extreme is equally liable to turn a man to stone. In Minter’s work every available sexual signifier is amplified to create a sickly eros where desire is unentanglable from repellence and the female form seems like a combination of an early Ryan Trecartin character, a 90’s era porn star and a too-sugary cake.

The pretty is literal; the dirty is figurative. It’s not the kind of dirty I imagine when I read Eileen Myle’s anthropomorphization of Minter’s work as a “messy dangerous slut” – the look is too sharp, too vibrant, too glossy to be messy. Minter’s images are only dirty insofar that they’re lousy with beauty products, or also perhaps also dirty insofar as dirty is the brush we use to paint all, but especially female, pleasure-oriented sexual desire. Instead, when I hear messy dangerous slut, I think of the skin-crawling, antic sublime beauty of Amy Sedaris’ character, Jerri Blank from Stranger’s with Candy. 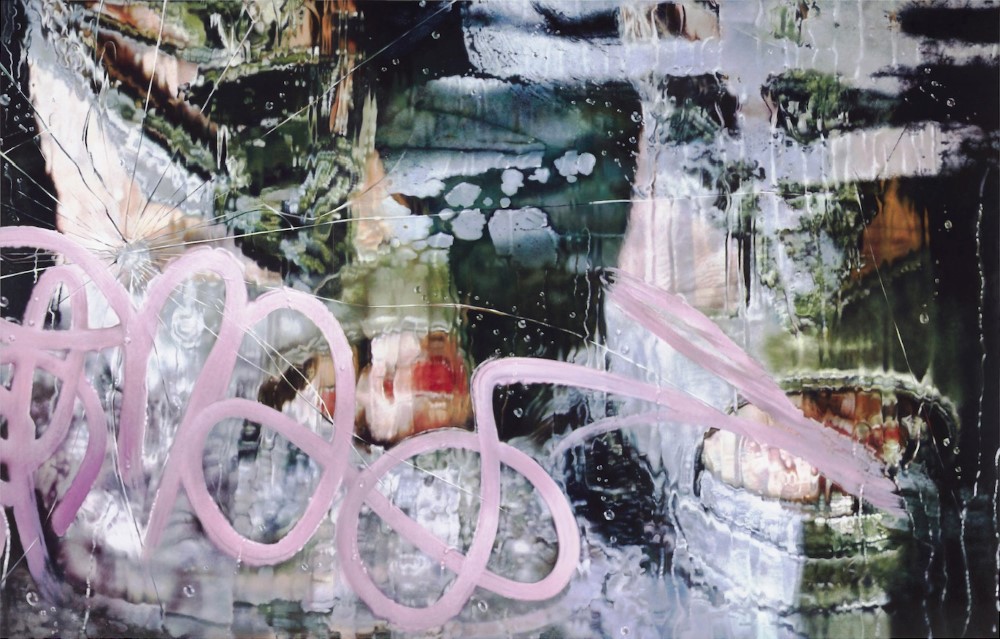 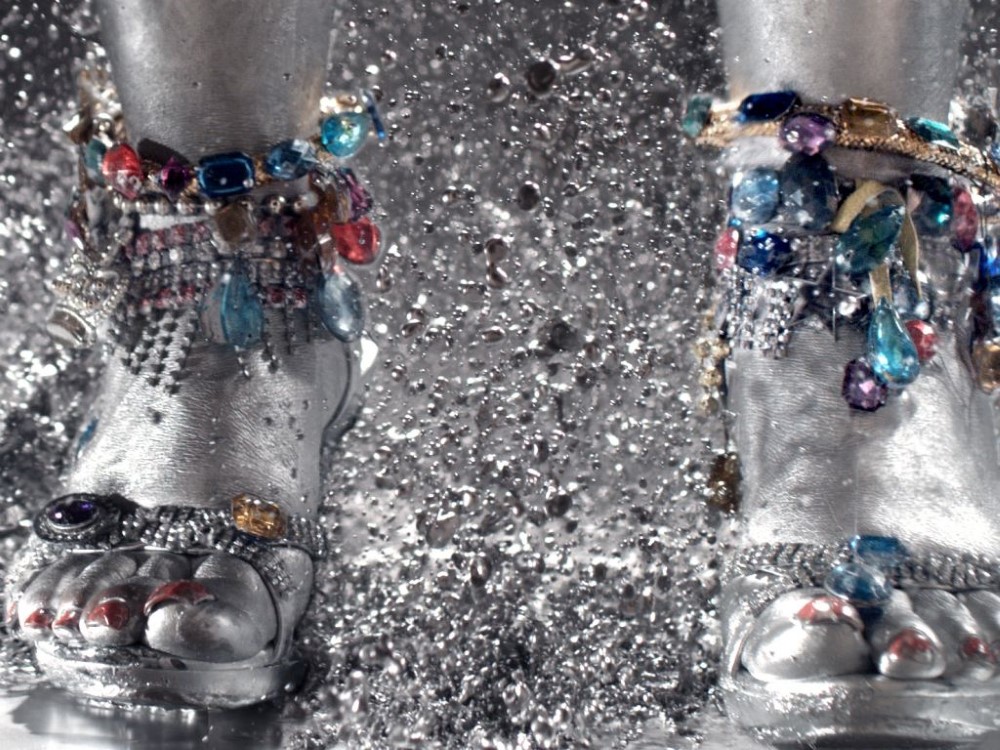 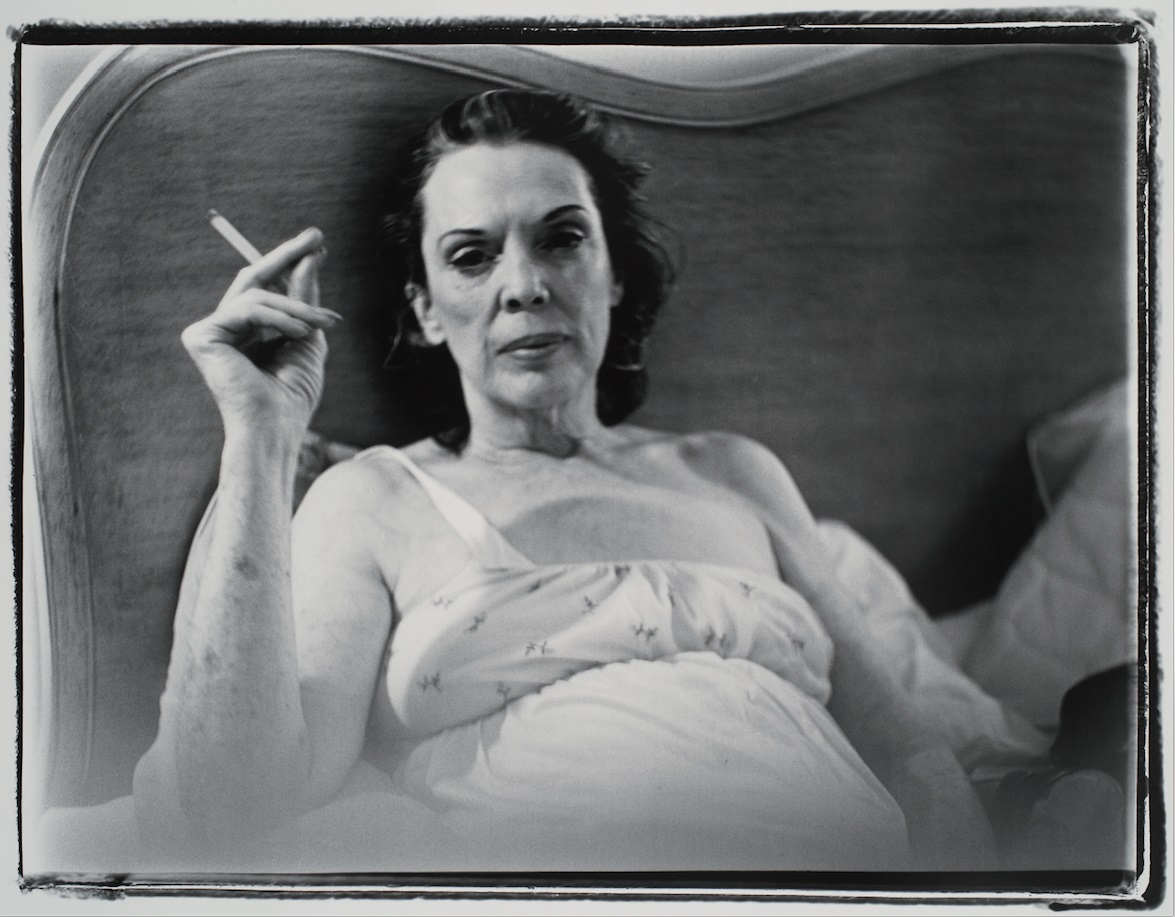 And they’re not dissimilar, after-all; both are unsettling depictions of a lustful, exuberant, unselfconscious id that rejoices in a feminine sexuality that is at once pleasurable and repellent. Myles calls Minter’s work a funhouse mirror of feminine beauty. If Minter’s models are feminine beauty seen in the tall mirror, Jerri Blank is the reflection in the short mirror. What’s beautiful about Jerri blank, why people love her, is that she thinks she looks like a Marilyn Minter, beautiful and sexy and extreme. Conversely, if there’s mistrust or unease around Minter’s images, it’s that they offer too much, and perhaps too easily, visual pleasure.

Pretty/Dirty is dominated by Minter’s more recent photographic works but also includes reproductions of her enamel on metal paintings of mostly similar subject matter. Most importantly, the book includes photographs Minter took of her mother while still an MFA student at Syracuse. It’s one thing to have a work of art that looks like Jerri Blank, it’s another to have a mother that looks like Jerri Blank. Minter tells Linda Yablonsky in their interview, Beauty in the Details, that when she showed these photos to her classmates their reaction, “Oh my God, that’s your mother?” sent waves of shame over her. She describes her mother as a narcissist and run-down party girl, her father as a playboy, drinker and a gambler. Seen through her family history, Minter’s work seems less like a means of providing visual pleasure and more as a means of examining sex via consumption and consummation and imagining sex as a metaphysical act that accelerates the process of death. 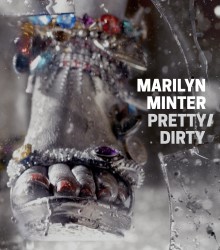