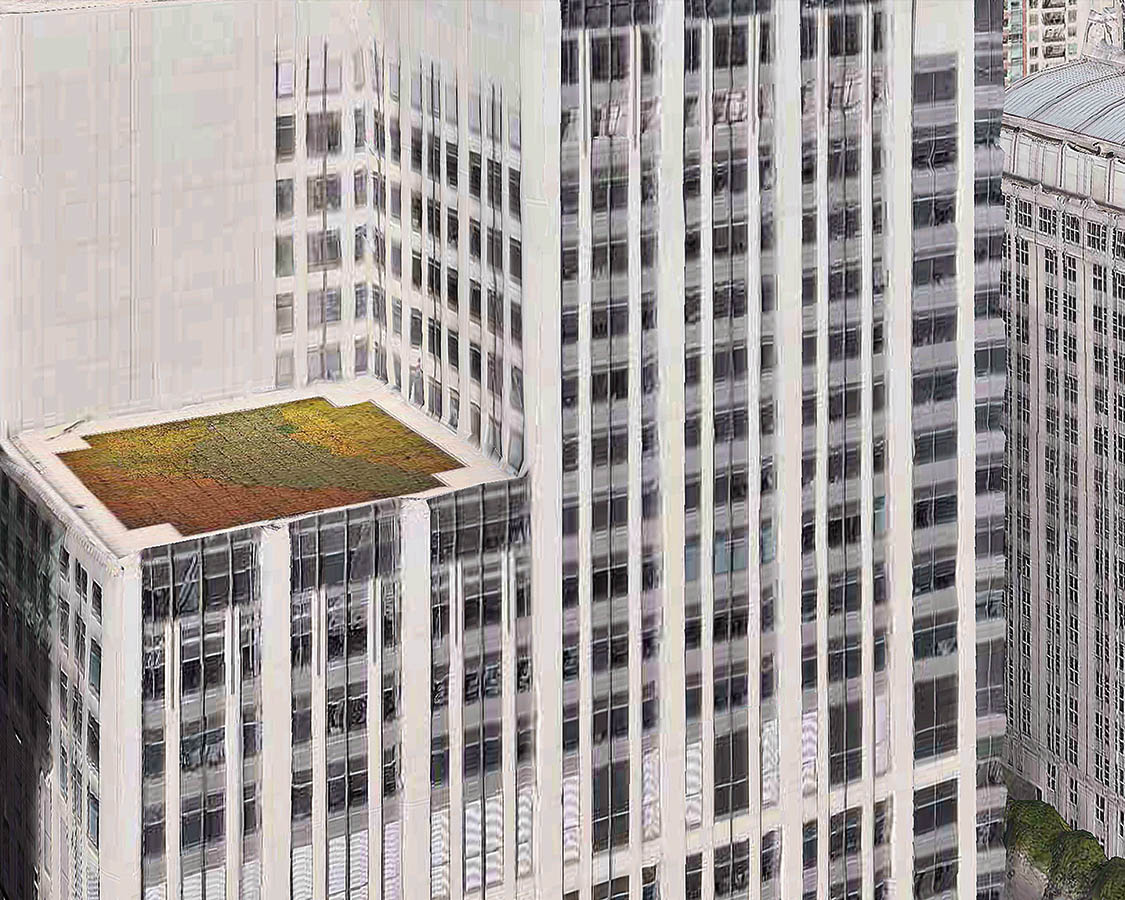 My eye continues to vector the punctuating structures here from where I have flown so close to the pattern of Icarus that I’m just waiting for my wings to melt.

My eye slips from its socket and shakes loose from its lodging in my skull. I grasp at its dangling ganglia, its thick wet veins slipping between thumb and forefinger. Inserting the eye back into its ocular orbit, I return to study Babel’s form from atop of pedestal-like tower of smoldering ash. This insufficient architecture is condemned to be lost in a land of babbling fools, where it is deemed impossible to find singularity amongst their petulant tongues wagging from their incongruent mouths. Idiots left clapping at the tower’s ascendency towards a light that damns them for their inability to recognize their position from that of the sole of their God’s foot. My cracked and pursed lips muttering gospels of unnecessary words down on the denizens lost to decay.

I scan the horizon, letting my enfeebled eye lazily careen up the facades of the nuanced superstructures in front of me. I take care not to let my ears wallow in the abdicated language between the brittle battles of mouths being swallowed whole by earth’s crust. Tectonic dissolve. These forms, the masters of jagged skylines meted out of sinew and brick and steel, they stretch across my failing retina like jagged cavity consoled teeth. Green ivy curls up the sides of the edifice, struggling for a reclamation of life before it had born yet another monstrosity of glass. We have placed heads too close to the throne of God’s seat and for this, we must be punished. We must be punished for standing so tall in these static stairway vessels of modern technology. When did we aspire to fail so greatly? My eye continues to vector the punctuating structures here from where I have flown so close to the pattern of Icarus that I’m just waiting for my wings to melt. I look downward. I glimpse that the last floating migrants on the raft of the medusa have blended into the periphery where water spreads glacially into a sheet of flattened blue glass. On the streets, they have melded into their cars, their luxury lifestyles and their inept congregations flattened into a dead space, a merger of anecdotes and a newfound hostility of iconoclastic value. Those little children of God, the ant-man to be sacrificed as Abraham’s Isaac, the son’s death rigid and complete en masse. They waved and they have dissolved like a heavily burdened automobile in hot asphalt: certitudes of praise from the tsunami of a distinct and collateral human collapse. 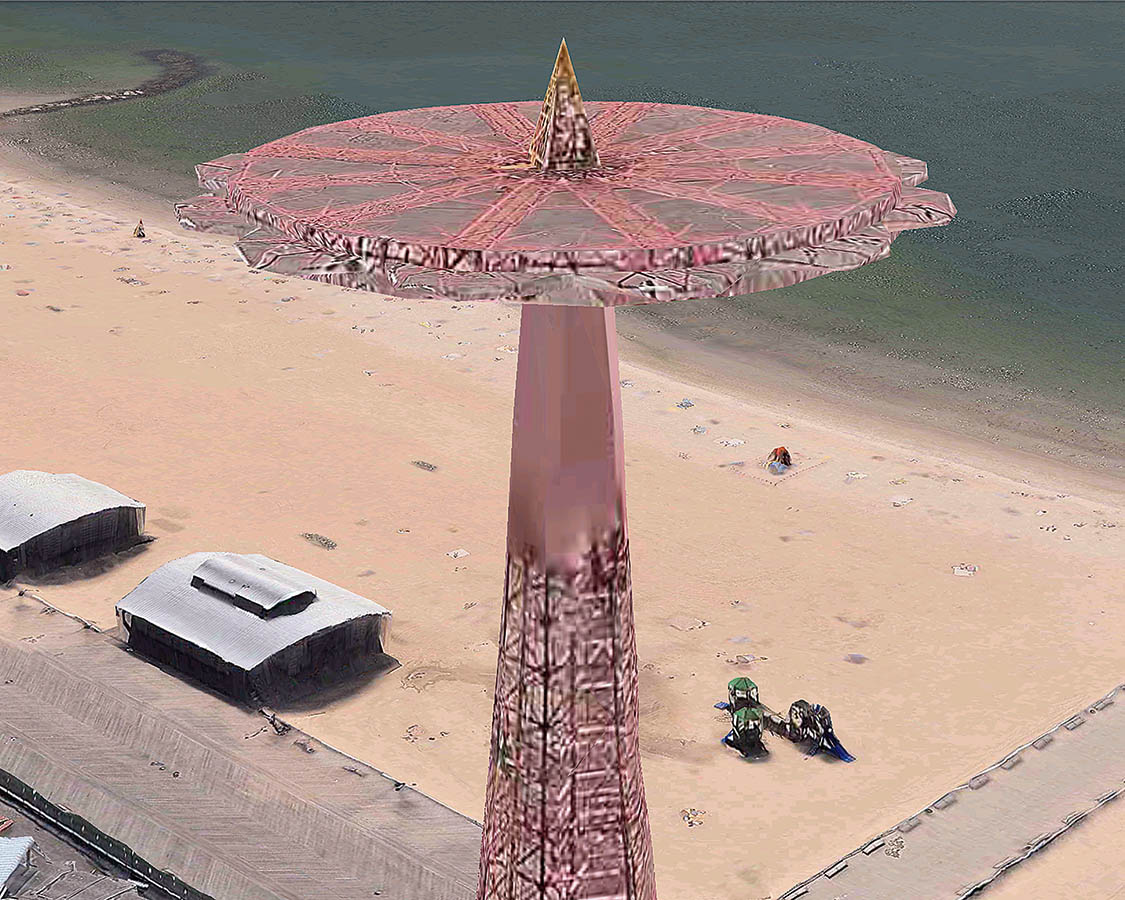 Within the book, the Olympian eye runs its course like water down a drain from the sides of architecture to further uncanny cityscapes rendered by Apple’s C3 3-dimensional image mapping.

The forms, from my withering eye begin to oscillate and shift back and forth like the blood-wet sands of time stretched over vast ghettos of gospel-influenced lands dripping like so much beeswax. Our theologians are now engineering a relentless logic to grasp the empires unfolding and the foundations crack and the sinkhole of desperation swallows up all life. Here every door or window is an obstacle and will be marked with a red “x”. Nothing surmises the impending red tide of death like the melted steel infrastructure of the north tower with its rendered steel beams and the little flakes of human matter falling down its side, pleading with the blackened lungs and carbon encrusted screams of disbelief and they shall only be left to petition the empty sky above. An unbearable heat rises from the cracks in the ground and mirage like wave of humidity obscures the lethargic path of my eye, enveloping the concrete like fury before the march of flame. Time, perception, and material slip grievously into a faulty mirror of disharmonic pandemonium.

Bernd Steigler points out in his text on the works of Regula Bochsler and Philipp Sarasin that the “Olympian eye” is not a new concept. The ever seeing eye, from a vantage point from that of above, has kept both drone and hot air balloon fetishists excitable for an impractical measurement of time and has found its unnerving end in “The Rendering Eye”. Within the book, the Olympian eye runs its course like water down a drain from the sides of architecture to further uncanny cityscapes rendered by Apple’s C3 3-dimensional aerial image mapping. It could be said that the disharmonic sutures of which, ply an eerie landscape devoid of people, but full of post-human potential. The images breathe and sweat. There is something of a collapsing inertia to the works as you see buildings pivot at odd angles reminiscent of concrete shards in the aftermath of an earthquake, folding in on themselves with the tremors still shaking the eye of the viewer. Within these 3-dimensional mapping systems, it is clear that the technology, like humanity, though advanced, is faltering.

This book is the sleeper tome of 2014 and it is a shame if you have not spent time with it. HIGHLY RECOMMENDED.