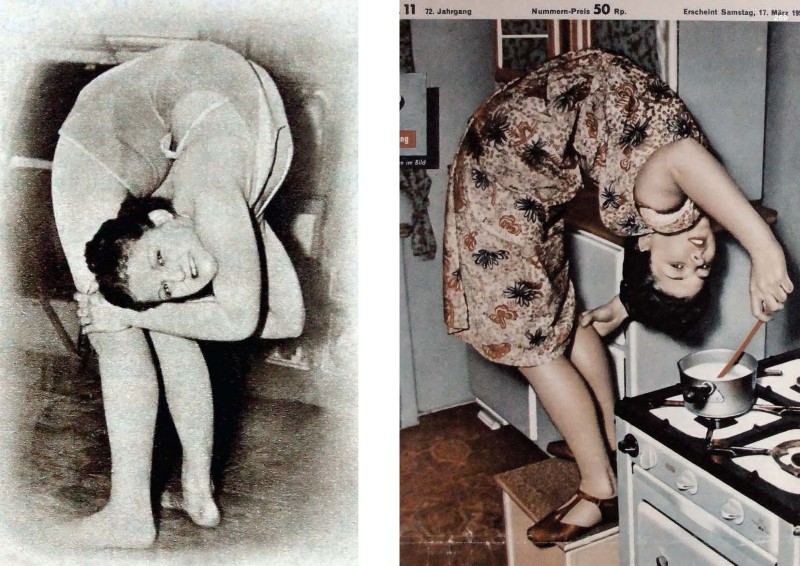 “Perrottet was an obsessive recorder of the physical possibilities of the human body, from its most subtle gestures to its most grotesque exertions”.

When dancer Suzanne Perrottet died in 1983, she left behind an extensive archive. Amongst the notes, letters, documents, and photographs were a number of banana boxes full of magazine and newspaper clippings. The boxes remained in the storeroom of Swiss photographer Giorgio Wolfensberger’s house for more than 30 years. When they were finally opened, they were found to contain tens of thousands of carefully catalogued images of human bodies in motion. Bewegungen (Movements) reproduces a small selection of this collection.

Suzanne Perrottet was a dance and movement teacher and a colleague of dance innovator Rudolf von Laban. Perrottet first came to dance from a musical background, and was introduced to the idea of movement as an expressive form while studying the violin in Geneva around the turn of the twentieth century. Enticed by possibilities for expression that the body offered, Perrottet went on, with Laban and others, to investigate movement as an art form.

Perrottet was an obsessive recorder of the physical possibilities of the human body, from its most subtle gestures to its most grotesque exertions. Bewegungen offers a glimpse of this obsession. It shows us the world as seen through the eyes of a dancer, fascinated by athletes and performers like herself – contortionists, equestrians, wrestlers, skiers, javelin throwers, tennis players, divers, footballers – who pushed their bodies to extremes. Perrottet was also drawn to more commonplace gestures: the particular kind of poise that describes the small acts of reading, listening, daydreaming. She collected facial expressions as well: the forced smile of the bad actor, the athlete’s grimace of exertion, the spontaneous inscriptions of joy, sorrow, melancholia and anger on the face. 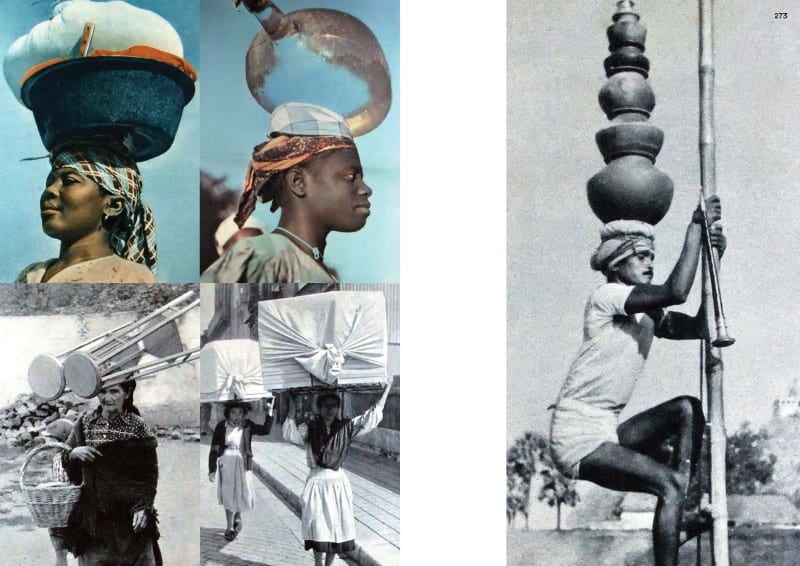 “Bewegungen stages an encounter between the meaning and possibilities of human movement and the ability of the photograph to reveal a singular kind of truth about the body”.

There is a kind of political leveling that goes on when the body is plucked out of its historical moment and presented as an expressive ensemble of muscle, bone, and sinew. So it is that the awkward leap of a young Richard Nixon – photographed for Life magazine by Philippe Halsman in 1958 as part of a series of celebrities jumping – is mirrored, on the facing page, by a photograph of a pair of grinning chorus girls. But movement also has a political dimension that can’t be uncoupled from the events that bring it about: in an image of a Palestinian youth throwing stones during the first intifada, the anger and tension of the gesture distance it irrevocably from the exertion, similar in kind but not in motivation, of a pitcher sending a ball across home plate. Champion tennis player Suzanne Lenglen, photographed sometime around 1920, lunges for a shot in a knee-length, sleeveless tennis dress that caused a scandal not only for the amount of flesh it revealed, but because Lenglen’s obvious physical strength was at odds with her identity as a woman. A rank of goose-stepping Nazi soldiers raise their legs in a gait as unnatural and extreme as the ideology that drove them.

Bewegungen stages an encounter between the meaning and possibilities of human movement and the ability of the photograph to reveal a singular kind of truth about the body. At a time when the idea of the decisive moment no longer carries the theoretical weight that it once did, Perrottet’s archive stands as a reminder of the camera’s ability to uncover the hidden significance of actions and gestures that take place too quickly for the eye to follow or too subtly for the casual glance to discern.