In 2015, the people that rule our world are not concerned with their oral gesturing, their sweaty temples, or their dissenting eyes. They condemn the mass populace through the veil of hidden technologies, cleverly hidden behind boardrooms and at best, scratchy Skype call images.

The organ has no fixed seams. An economic, but un-hermetically sealed sieve shouting abuse and economic filth has been sequestered away from the pulpit its forefathers used to lie to us from. This organ, if we might call the mouth that, is the barrier for which all intellectual promise lies palpitating in the street. The mouth is a conduit for the organ wrapped in an organ, the brain under the skin, hidden in the skull. This is the neurological platform of control along with that of the voice. These people represented in this book have hidden their organs and voices away from the examination of the crowd whom they control through a hidden platform of economic largesse.

In the past, from the infamous slack-jawed and sweat-ridden temples of Richard Nixon, among many other politicians, doubt was cast through the pure sovereignty of their bullshit speaking drool-ridden mouths/image. Public speaking was a system of scrutiny of trust/distrust that was, while mass-broadcast, a delivery of speech/mouth/idea that could be grossly examined under the microscopic views of television debates, and broadcast transmissions, globally and in physicality.

Jumping forward to present, it is clear that this tactic had failed a great many “leader”, their crude physiognomies unable to hide their features of distrustful projection. In 2015, the people that rule our world are not concerned with their oral gesturing, their sweaty temples, or their dissenting eyes. They condemn the mass populace through the veil of hidden technologies, cleverly hidden behind boardrooms and at best, scratchy Skype call images. They are not accountable to the facial recognition patterns of trust that we as a species seek out like a dog licking the anus of another dog for the truth to our impulse/observational genetic engineering. We have learnt to trust our eyes and ears and not the mouth of others.

From our eyes, to their mouths, we can decide democratically to make decisions based on deliveries of speech. “ You Have Not Seen Their Faces” by Daniel Mayrit is taken after the eponymous Margaret Bourke-White book, which sees to challenge our notion of an anachronism in photo-historical epistemology by re-trending a political discourse for a world in which we are now given less and less in terms of the physicality of leadership and finance by way of physical representation of individuality. The book is decidedly London-based and is reminiscent of a similar ideology found in Lewis Bush’s “Metropole”. 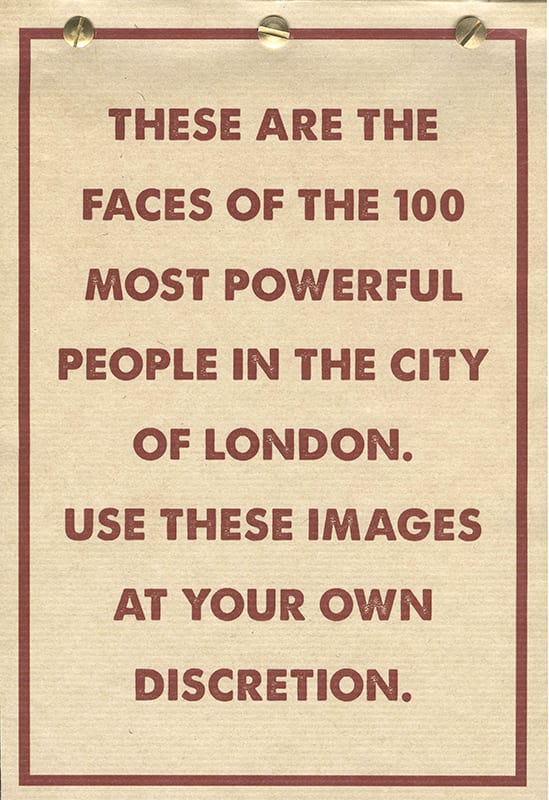 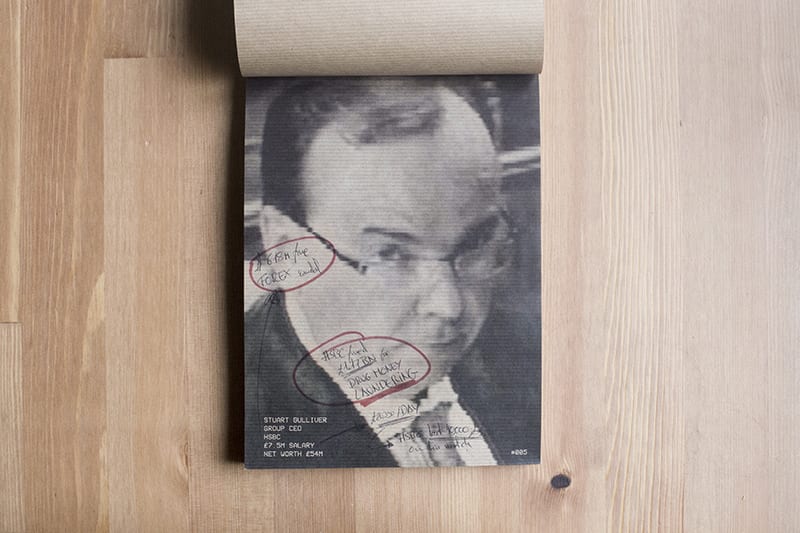 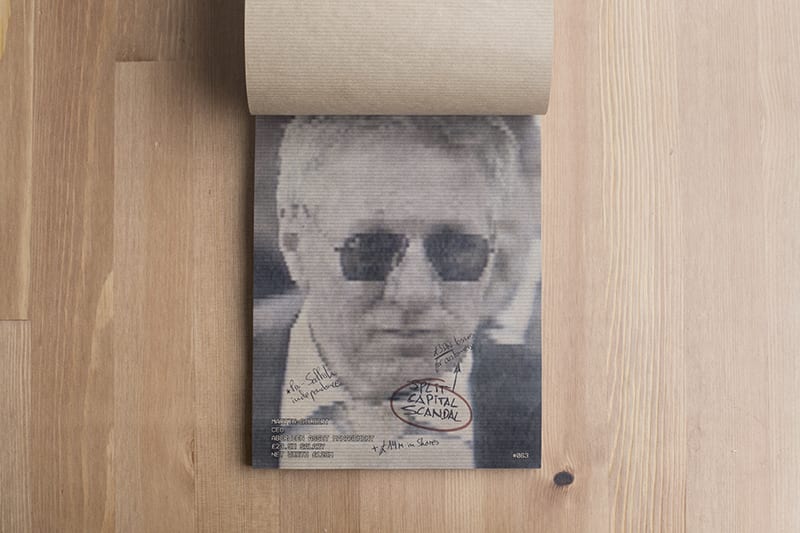 They are not accountable to the facial recognition patterns of trust that we as a species seek out like a dog licking the anus of another dog for the truth to our impulse/observational genetic engineering.

In general, the multi-national corporations and individuals that govern our world are seen as “non-corporeal” entities. In fact, these corporate shills are still very much present. They are just hidden under the digression of an automated dystopia that we believe like, “THE Bankers” to be anonymous and without individual representation. This is a mistake that Mayrit’s book corrects by giving a face, address, and net-worth of individuals whom were previously unseen, these rulers of our economic disposition towards collapse.

It is not just the “system” that has taken flight to ignore human capital, but rather the base conscription of human greed found in every one of us, some are just a little further up the shit chain and a lot less concerned with those underneath. It is left up to your ideology and own self-interest to pull yourself up that greasy chain after them or help facilitate a true turning point in progressing towards equilibrium for humanity and a system of distributed “wealth” (a foreign speech agent in itself) towards a system of equality. Riot books continually seeks to represent a political agenda that is sincere and well-produced with all the right- DIY aesthetics, which have a value of their own in terms of cultural capital and historic aegis.

The book is cleverly put together and the concept is tight. My review copy even has blood on it from an accidental cut, thus adding some affect to the potential for its reliquary status into the canonization of objecthood and photo book fetish… again, a system with its own economy. The book also seems to name the un-nameable individual and license those interested into a world of “seeing” the face of the oppressor. It strikes a reflexive observation and a speaking through images unnecessary of a mouth from which to shout. Mayrit gives us all the information and suggests we use this information at will. It is an unlocking of a visual cypher that suggests a physicality of potential hostility. The dark side of this is that it may have no effect and thus enable the power structure of these individuals further as that of untouchable, even with representation. Recommended.

Daniel Mayrit
You Have Not Seen Their Faces
RIOT BOOKS