The Nine is a place, like the doldrums of the ocean, where people who find themselves lost and left behind spend their days and nights.

California’s central valley is both some of the most fertile, productive land in the world and a bleak, dusty, drought-wracked, difficult place to live. Katy Grannan’s The Ninety-Nine and the The Nine is an exploration of this long valley, the hundred-degrees in the shade, dustbowl California John Steinbeck’s The Grapes of Wrath and John Huston’s Fat City, which differs so greatly from the coastal California that dominates popular imagination.

Grannan takes her title from U.S. Route Ninety-Nine, the north-south highway of the central valley and Ninth Street, the main thoroughfare of Modesto, California. The Ninety-Nine is an artery of movement, connecting Grannan’s areas of interest: Bakersfield, Modesto, Fresno. The Nine is a place, like the doldrums of the ocean, where people who find themselves lost and left behind spend their days and nights, where they sit by the river, comb through the trash and make their transactions with each other, where the homeless do their housekeeping and junkies do what they need to do under the bridge.

The Nine shows a black and white landscape of motels, auto shops, concrete, weeds and humans in between, a layer of dust on everything. Graffiti under a bridge marks Ninth Street as “Juggalo Street”. The effect of the merciless sun is highlighted in black and white, and Grannan’s large-format camera stretches the horizons, creating expansive, desolate landscapes. Grannan shifts to color in The Ninety Nine, a collection of uniformly framed portraits also shot in large-format during the most intense sunlight during midday. They’re photos of bodies warped by poverty: time is supposedly one of the few forces that treats all equally but the truth is it moves faster for some than others. Faded tattoos, cracked and hardened skin are testament to hard lives, but Grannan’s subjects are not without a sly sort of charisma. Among the hard eyes there are pet ferrets, bubble-gum ballons and real smiles showing cracked and darkened teeth. One man, inexplicably wearing winter jacket and tossle cap, sports a button that reads, “I’m not strange, you are.” 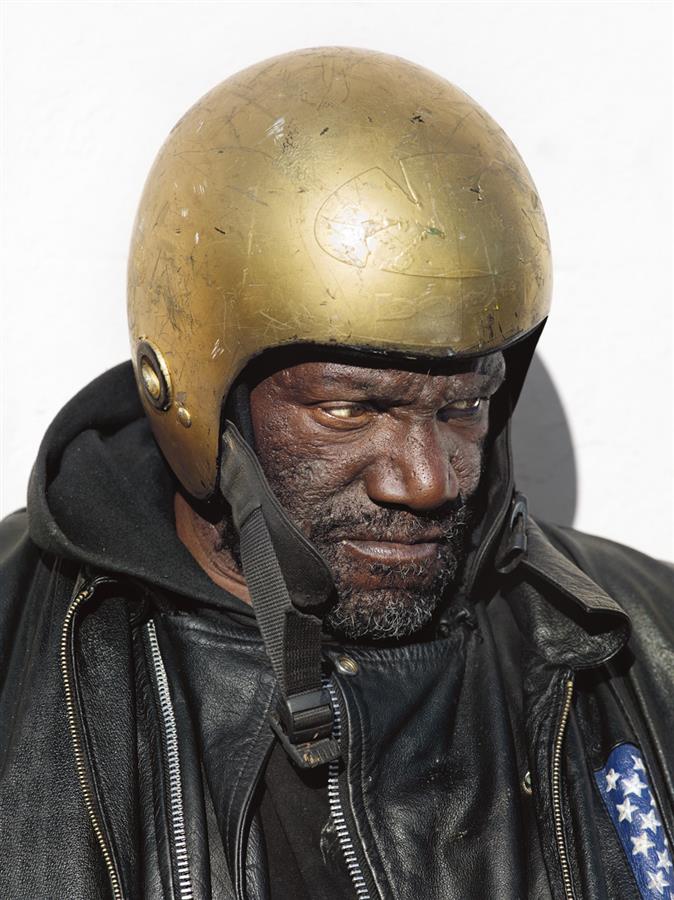 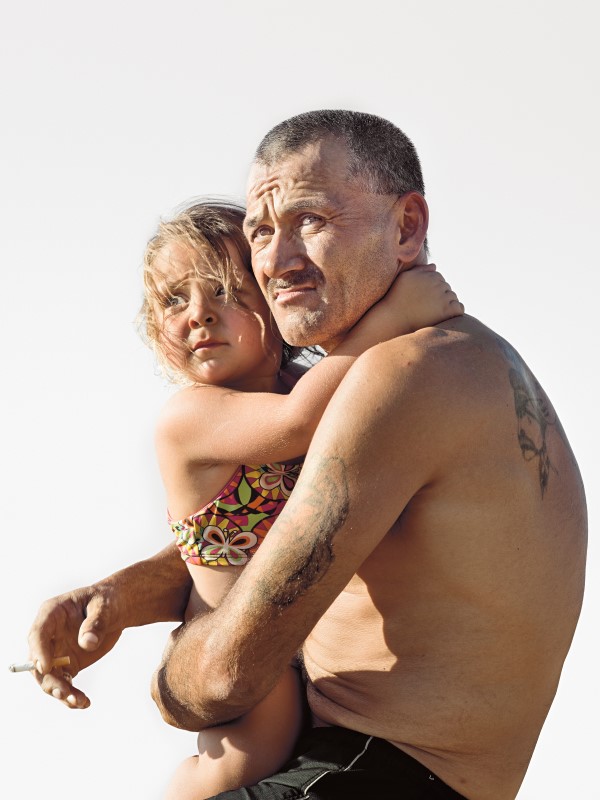 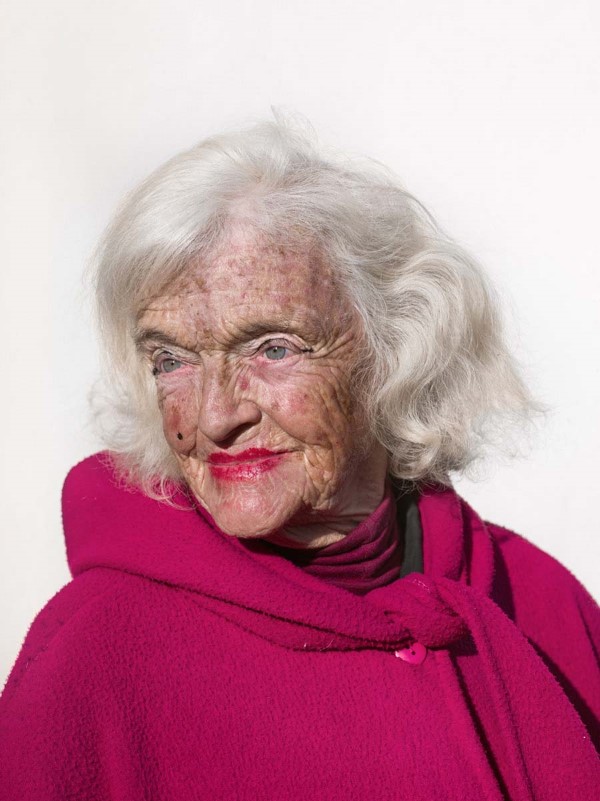 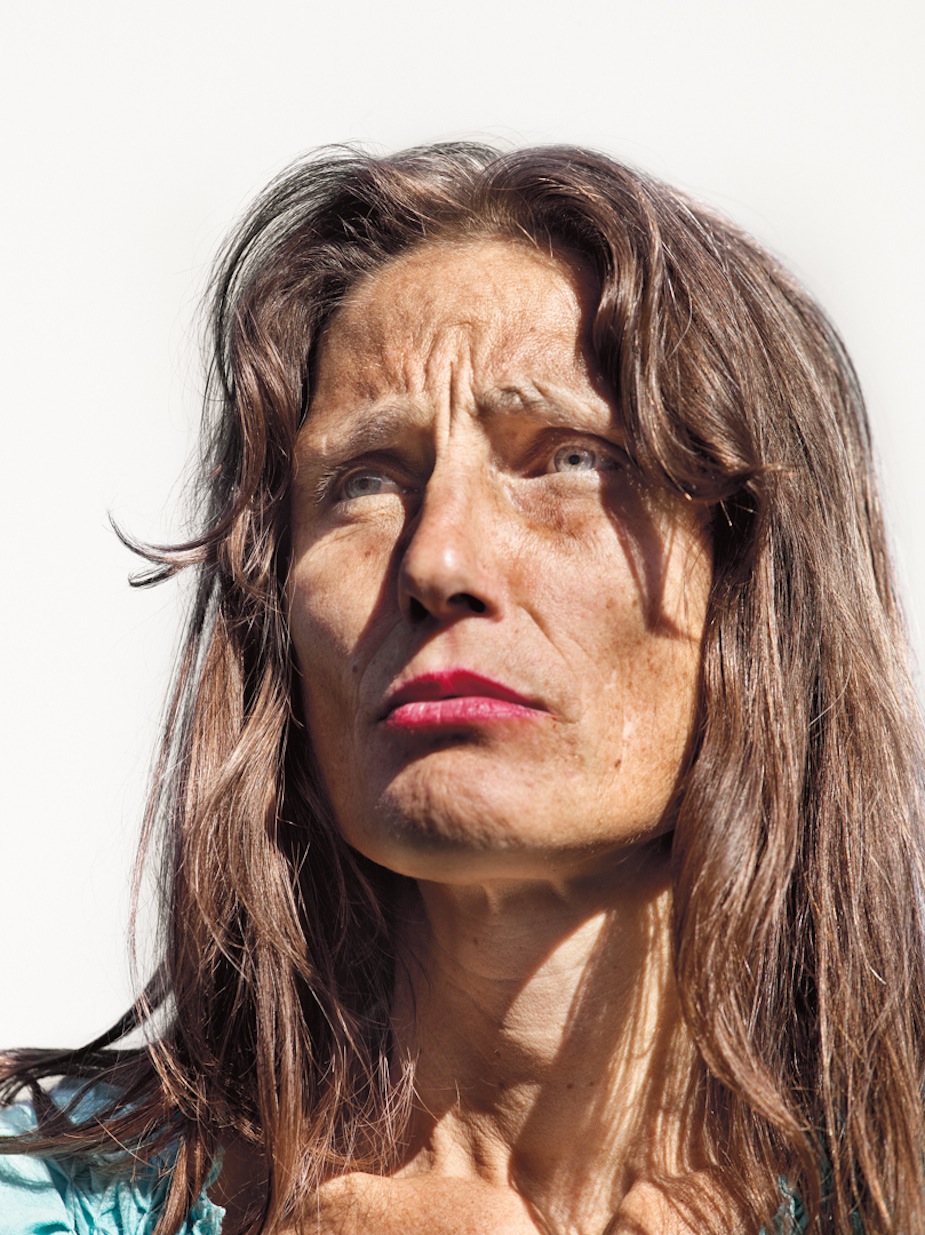 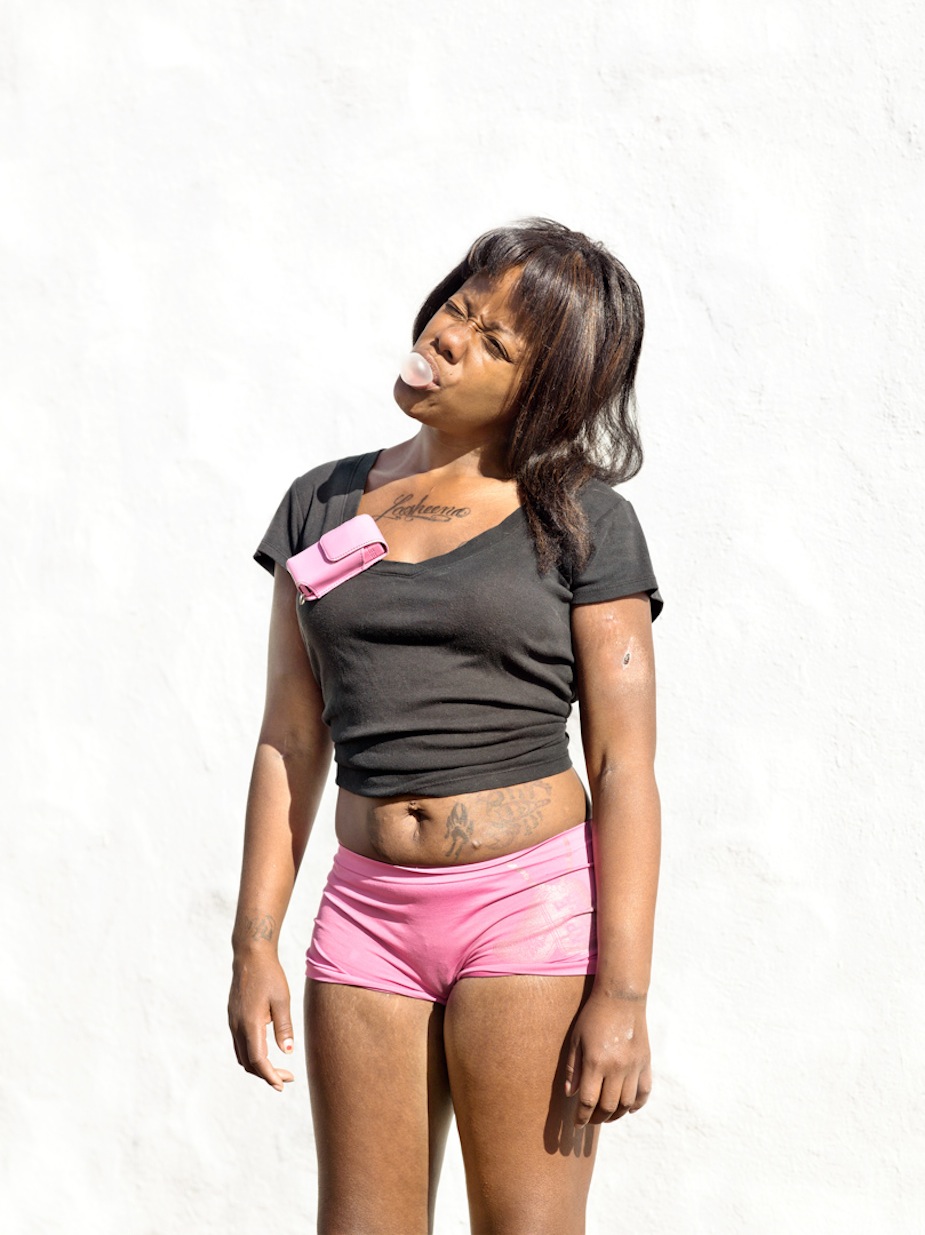 Time is supposedly one of the few forces that treats all equally but the truth is it moves faster for some than others.

Grannan is consciously following the path of Dorothea Lange, whose famous photos of depression-era migrants are part of the classic American photographic cannon but, in their acceptance, have come to function as symbols of a sanitized and official mythos of the American West. Lange’s work was undertaken at a time when poverty in America was widespread and pervasive, but acknowledged and in a way responded to by Franklin Delano Roosevelt’s New Deal programs. Viewed now, they’re easily historicized as documents of problem that’s been solved – the great depression is over and the country has pulled itself up by its bootstraps. Poverty now, while wide-spread, is hardly acknowledged by the highest, or any, level of the government.

Poverty forces one to live closer to nature, outside, in the heat or cold, to wash one’s clothes in the river. Nature, in most non-Abrahamic faiths, is the well-source for different kinds of gods and godly forces, sun gods, gods of water, wind. In The Nine, however, one of the few pages devoted to text reads only, “Its’ hard to see god anywhere out here.”

Maybe it’s a stretch, motivated by a pun, to interpret the photograph of a wind-farm as a sign that Modesto is a place useful only for blowing through, but there’s something apt about the process of harvesting wind, the earthly form of oblivion and a familiar motif of lonely country-western songs like Townes Van Zandt’s Blue Wind Blew that makes the wind-farm photo, somewhat of an aberration from the others, the definitive image of the collection.

I guess I’ll go downtown and see
Just what downtown can do for me
Maybe set my lonesome free
Or maybe let me go.

EXPLORE ALL KATY GRANNAN ON ASX