The theme is a twine of two strands: the uncanny connection of human bodies and questionable distinction of humanity from nature.

The fifth floor gallery space of Capricious 88, on Manhattan’s Lower East Side, is large and airy, with south-facing windows facilitating bright sunlight even on overcast days. The view is dominated by three bridges, new condos, early twentieth-century skyscrapers of the financial district and of course, the sky. The sky is important in Ren Hang ’s work, like the carpet and blank wall, it forms a blank background that isolates the form of the human body and prohibits comparison with any object other than the self.

Ren’s work has the stripped-down look of the mid-aught’s photos that made Terry Richardson famous, but none of the consumer-oriented bad boy attitude. Ren Hang also has an idea, or at least a theme to explore. The theme is a twine of two strands: the uncanny connection of human bodies and questionable distinction of humanity from nature. The exhibition is aided by sensual pleasure, in that Ren employs attractive naked bodies to illustrate his endeavor. 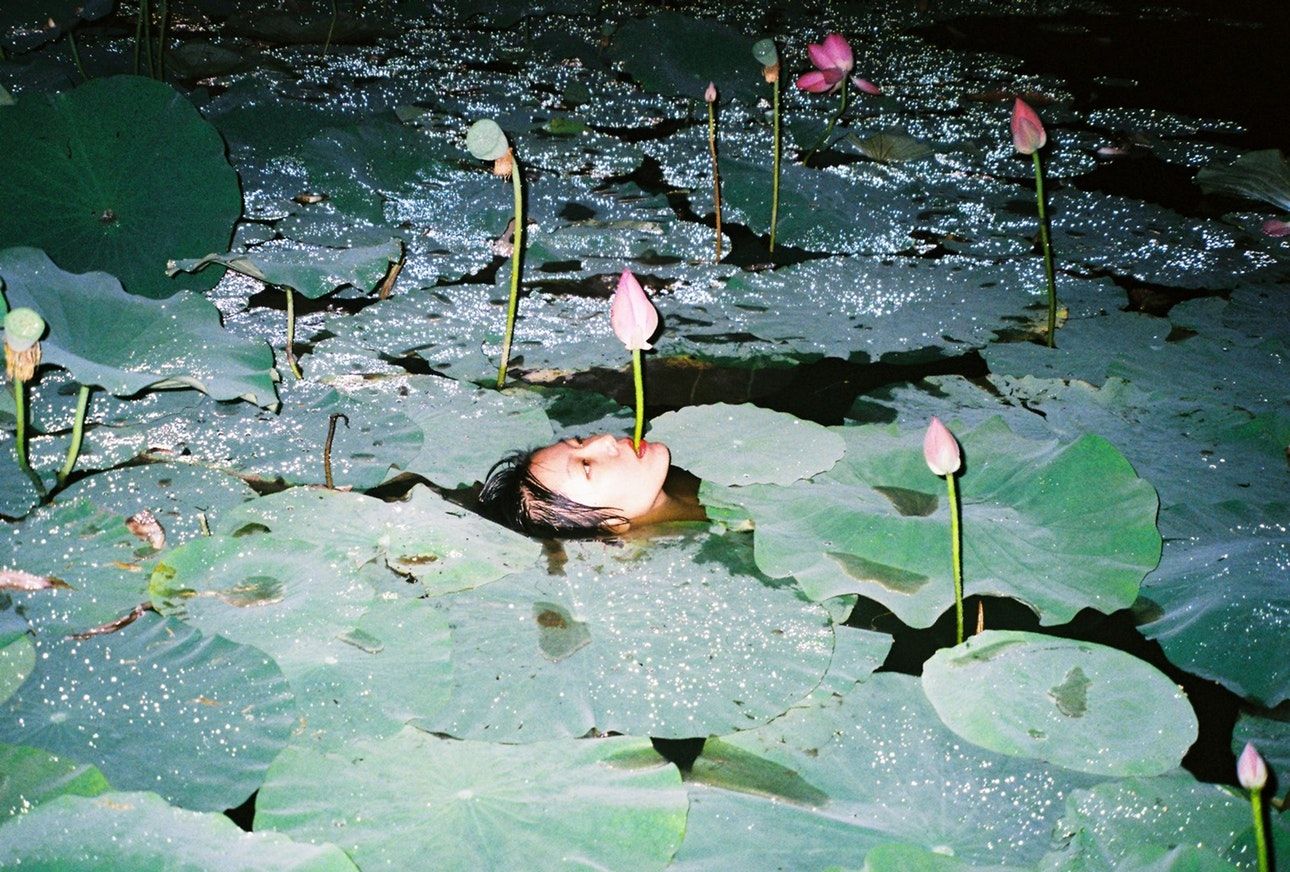 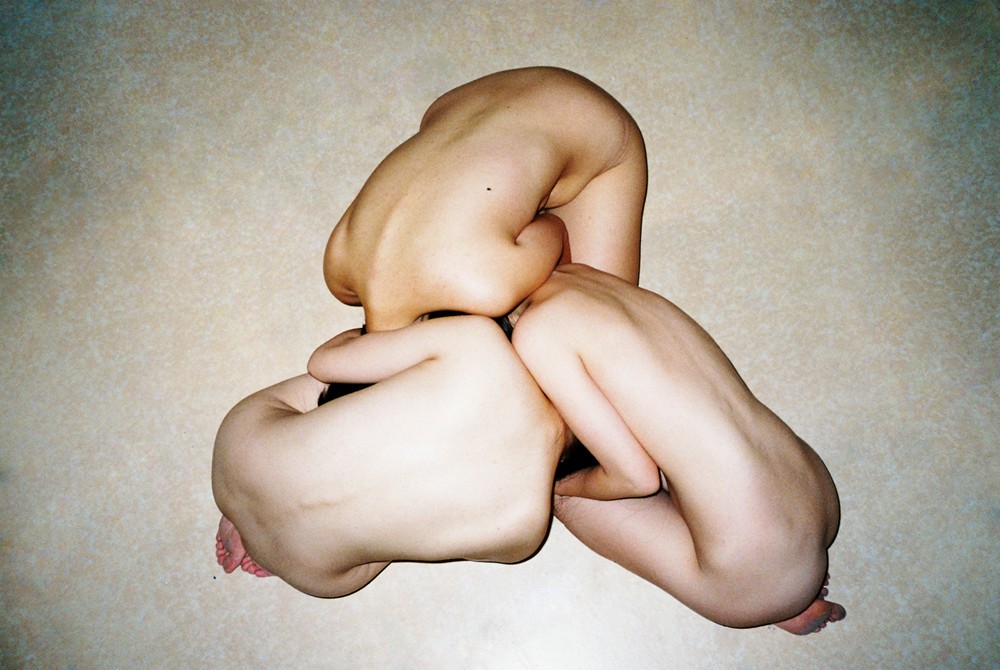 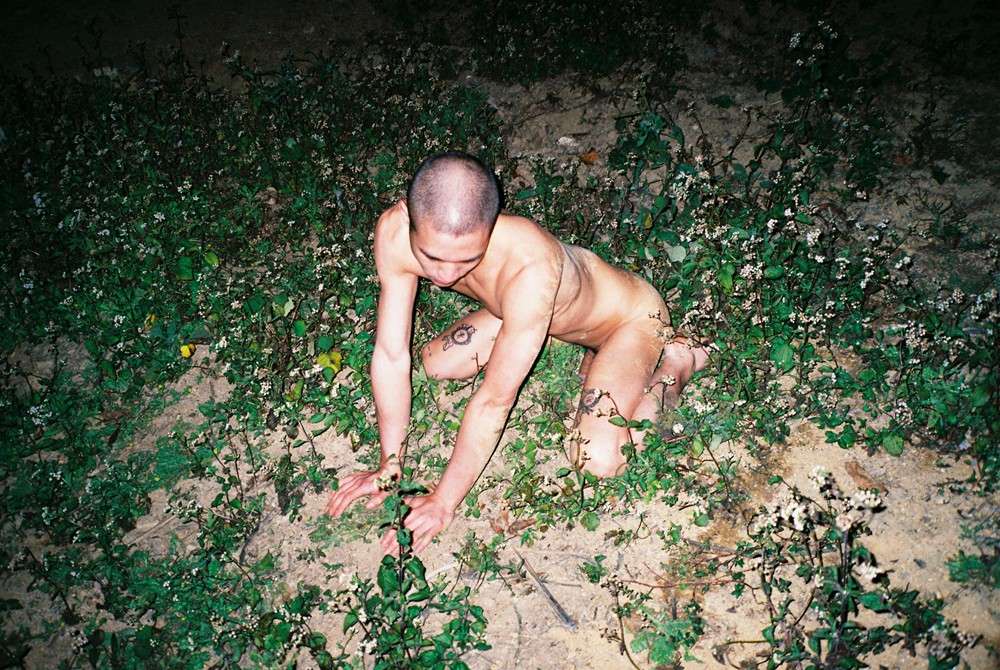 Often, in images with multiple subjects the bodies flow into each other but not like two people having sex, rather they exist as one holistic, non-normative unit. One photo of three humans joined at the neck, each without heads, suggests human relations might better be thought of in rhizomatic, rather than hierarchical terms. If it’s too much to read these images as undermining the concept of individual identity propagated by neoliberalism and the demands of consumer capitalism, well, they’re just as well seen as updated studies of form in the vein of Ed Weston.

It illustrates the condition of each human as a temporary stage in much larger directionless biological process and in doing so indicts the hubris of human exceptionalism.

The carpets and plain white walls that form the background of the interior shots suggest the bodies exist in a kind of suspended animation. One photograph shows man with his penis in the cup-like bloom of a flower, the stem of which extends to his mouth and which he sucks on. This seems like a playful way of addressing the human relation to nature in the age of anthropocene by asking is this guy fucking a flower or sucking his own dick?

Other images, such as one showing a woman in a pond, her face floating up out of the water like the lilies that surround it, reverse the body-dominant intersection of human and nature found in the interior photographs. It illustrates the condition of each human as a temporary stage in much larger directionless biological process and in doing so indicts the hubris of human exceptionalism. In other words, in another world you could have been a lily; and in this world you’re really not so different from one anyway.

EXPLORE ALL REN HANG ON ASX