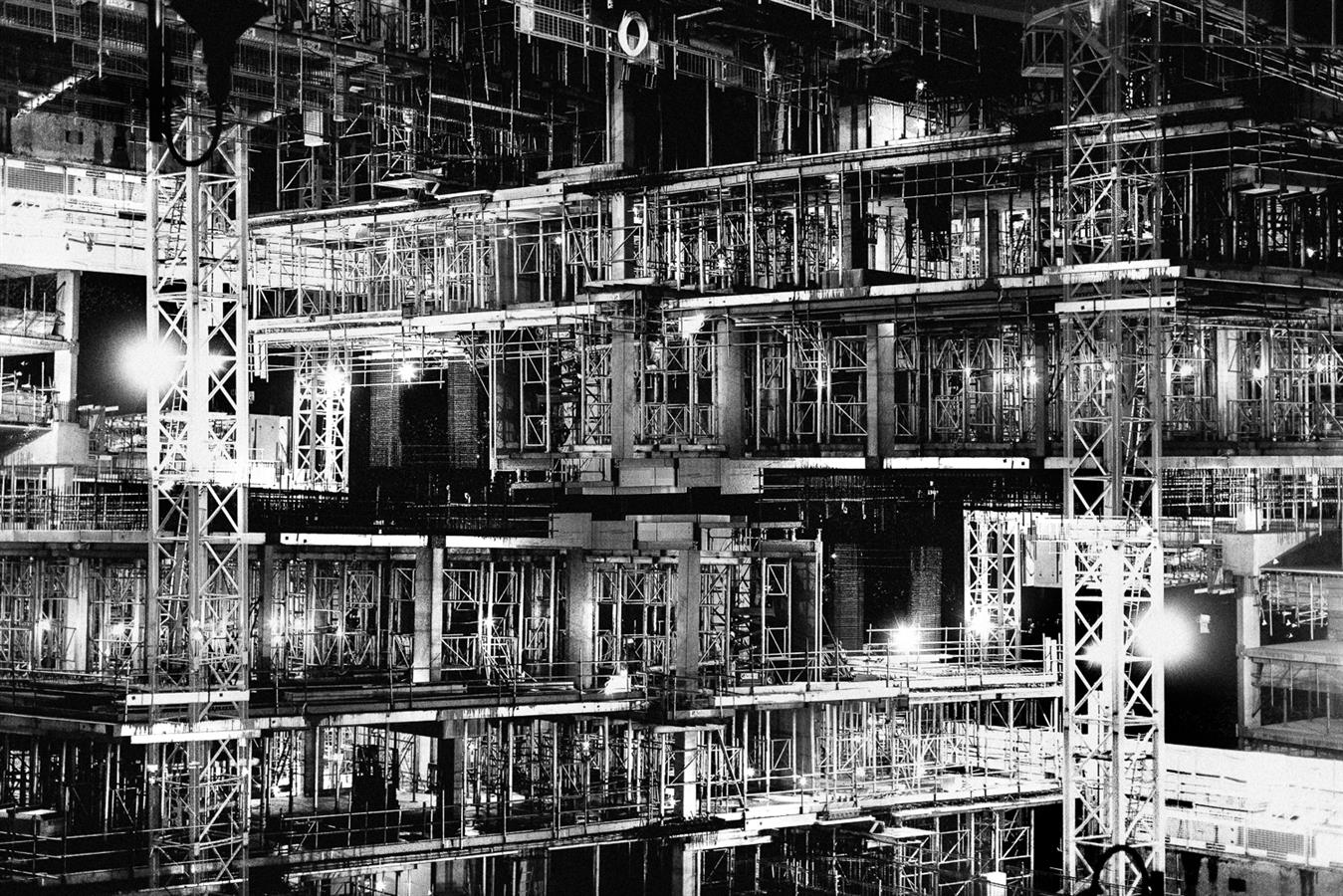 Dear London, when your children are consumed and little grey men pretend to offer a sense of community, I will be far away praying that your streets flood unto a new Atlantis with the corpses of bankers weighed down with their gold, sinking to the bottom of the isle of dogs.

This book hints at progress in reverse. Within, there is the allusion to the madness of capital’s grip on a city unable to stop growth in a digressive matter towards its inhabitants. To live in London in 2015 is to understand what it is to live under the weight of rampant capitalism. I am an immigrant in this city awash with greed in a financial landscape that seems to grow and shrink on an epic level. I have seen beautiful Victorian building torn asunder, only to have uncommonly grotesque buildings spring up in their place under the guise of re-building the cityscape by developers. This is a fallacy that the developers and the government push to keep housing prices at an all-time high. The bubble of which has ridden the city through the last seven years of global financial regression. Remember dear London, it is a bubble.

I live in East London and on any given day I can walk down Kingsland Road to see the despicable practice of what I can only think of as development “stacking”. Stacking, for me, is the point of departure between architecture, need, and the effect of marginilisation that it employs. The city is like a great stomach. It is continually digesting its inhabitants only to ask for more and more. The Construction companies who pay less tax than an artist living in the city are pushing out creative capital for a quest towards the financial. We are being priced out of the city and what is left is a sermon to the machinery of capitalism. This Stacking that I mention is the continual and unnecessary re-development of the habitable housing in the city. We are being built upwards in our modern palaces, while other homes are torn down, re-built, torn down again and filled with new money. The stacking occurs not only in the stacks themselves, but also in the mentality of displacement from a feasible economic structure. The poor leave, the middle class takeover, then leave or suffer, and then finally the rich stack themselves atop the pile of housing in the city. In a way, I am lucky for I am an immigrant here and my nomadicism is not without the notion of leaving the city like so many others are doing in favor of a place where I can exist without worry for my right to habitation. 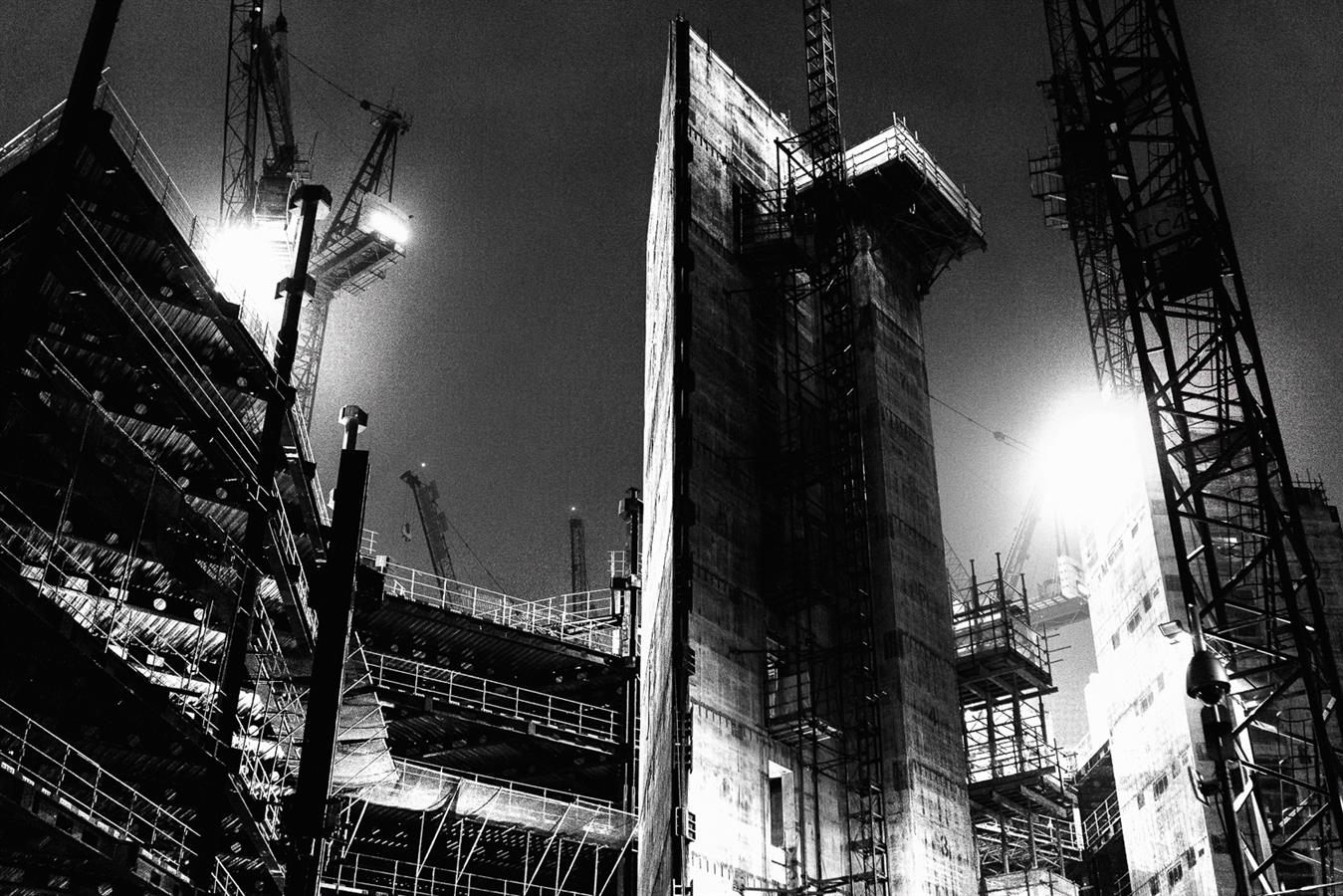 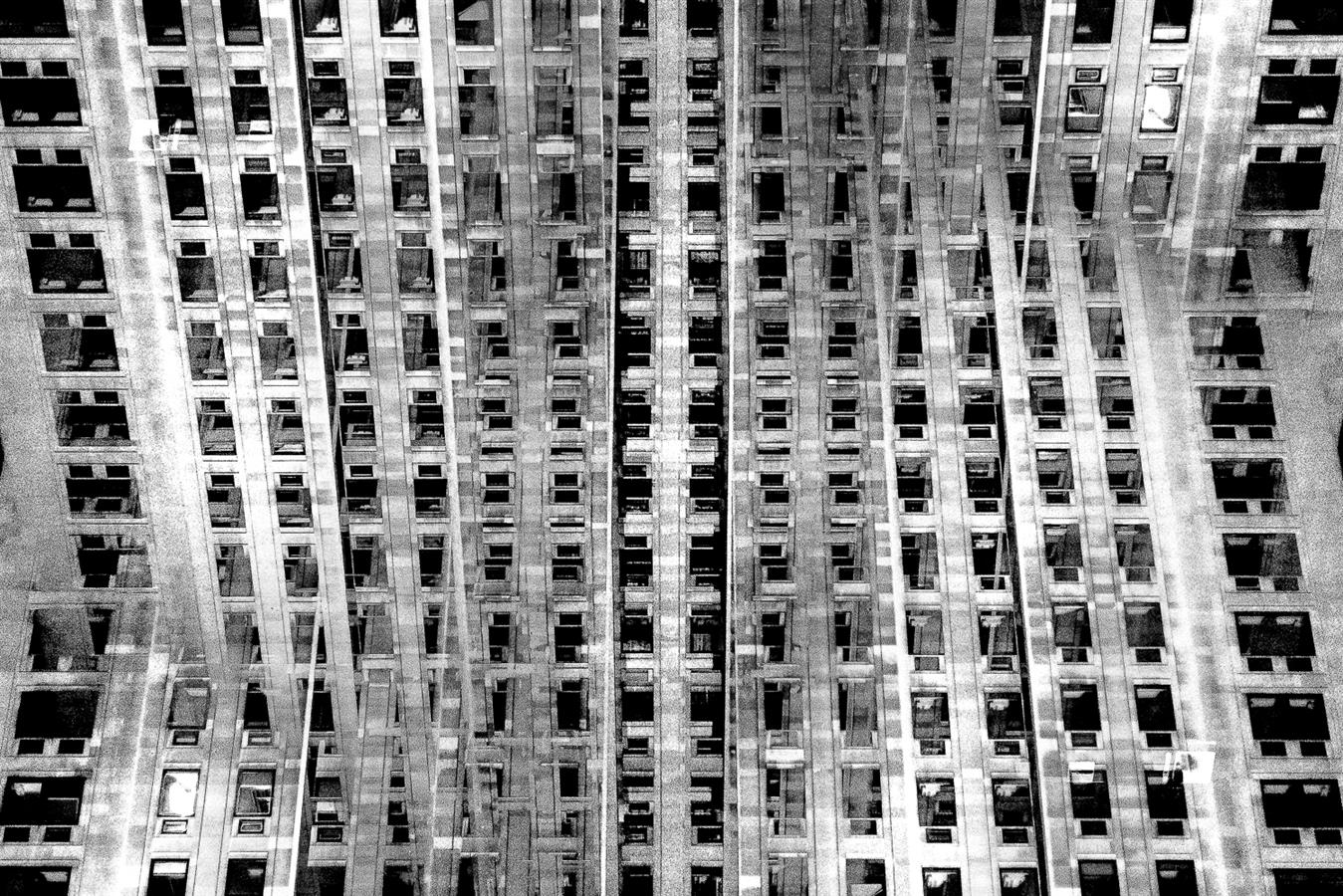 It’s a wild west in which there are banking cowboys and the general populace are considered the Native American’s to be run out of the valley.

The images themselves reflect this system of stacking. Bush layers images of the city and its architecture until they become fields of structural pictorialism. I am reminded of Berenice Abbott or Eduard Steichen’s work in New York City during the early twentieth century. Of who can be said, made imagery under the fast paced movements of capitalism under the guise retrospectively as “modernity”. What we face now is a sort modernity out of control…like a washing machine that continually tumults and rotates its contents over and over softening the idealism of its edges in favor of keeping the machine moving, weighted and balanced only by the thump thump equilibrium of its spinning of money. Bush’s photography and the compact flatness of the images, the office lights in their thousands, gives a metaphoric insight into the flattening of the cultural capacity of the city. There is all this money here and there is nothing to do with it but make more at the cost of humanism. These are the gears of the apparatus that we are consumed in. It’s a wild west in which there are banking cowboys and the general populace are considered the Native American’s to be run out of the valley.

It cannot be ignored that the title of the volume suggests Fritz Lang’s Metropolis and the images bear a certain sort of homage to the film. The book is slim and direct. It gives me pause to remind me that my time in the “Big Choke” is almost at hand and my decision to leave this empty gut of a city feels ever more prescient looking at Bush’s work. Dear London, when your children are consumed and little grey men pretend to offer a sense of community, I will be far away praying that your streets flood unto a new Atlantis with the corpses of bankers weighed down with their gold, sinking to the bottom of the isle of dogs.