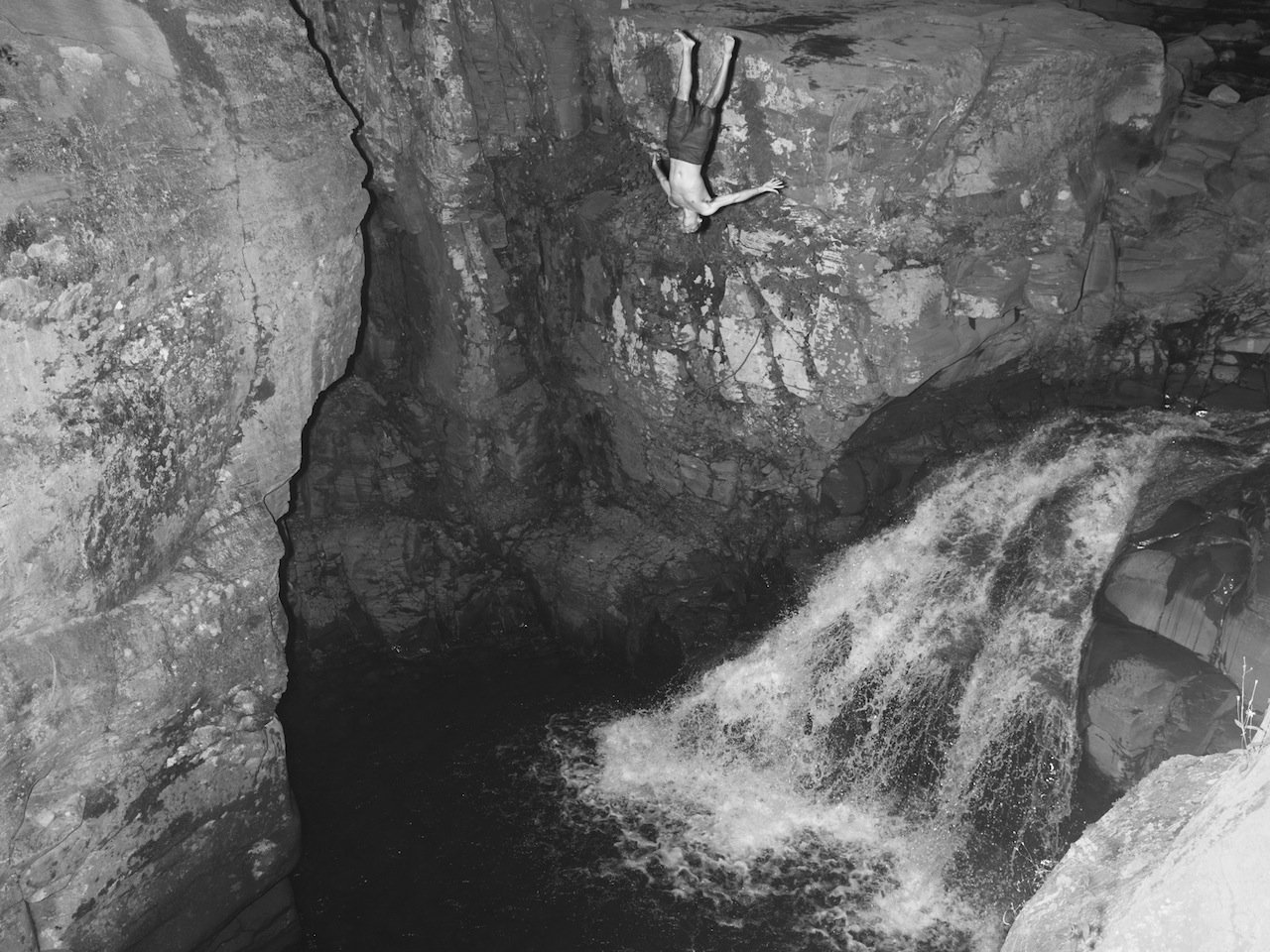 “One of the biggest statements in Songbook is Soth’s decision to work solely in black and white. The pictures evoke old press photography: large format, black and white, with a strong flash.”

Following the critical acclaim for Alec Soth’s Sleeping by the Mississippi his oeuvre has become very wide and far-reaching, encompassing work that is either deeply internal, at times more external or editorially-driven assignment work. I was a devoted fan of Soth’s after seeing Sleeping by the Mississippi and Niagara and held him to incredibly high standards. However, I found myself becoming disappointed by some of his work after Niagara, and began to loose interest in the plethora of small self published books and ‘zines produced by his independent publishing company, Little Brown Mushroom. After seeing a few images from Soth’s new project, Songbook, I felt that same excitement I did with Soth’s earlier work, and I was eager to see his new exhibition at Sean Kelly Gallery.

Walking into the gallery, I was met by a large 60 x 77” black and white photograph of people at a foam party. So I thought, am I in for some fun and excitement here? (With Alec Soth fun and excitement will ultimately be laced in dark loneliness.) Once in the large main room of the exhibition the neat and minimal curation makes an impact. The photographs are strong in content, bold and lush as prints and clean and simple in presentation. There is no fussiness here, and there doesn’t need to be. The photographs are large but not just for the sake of size, the decision feels considered and the proportions just right. The large format negative and the use of flash have created images with an abundance of detail that can be relished in this large size. 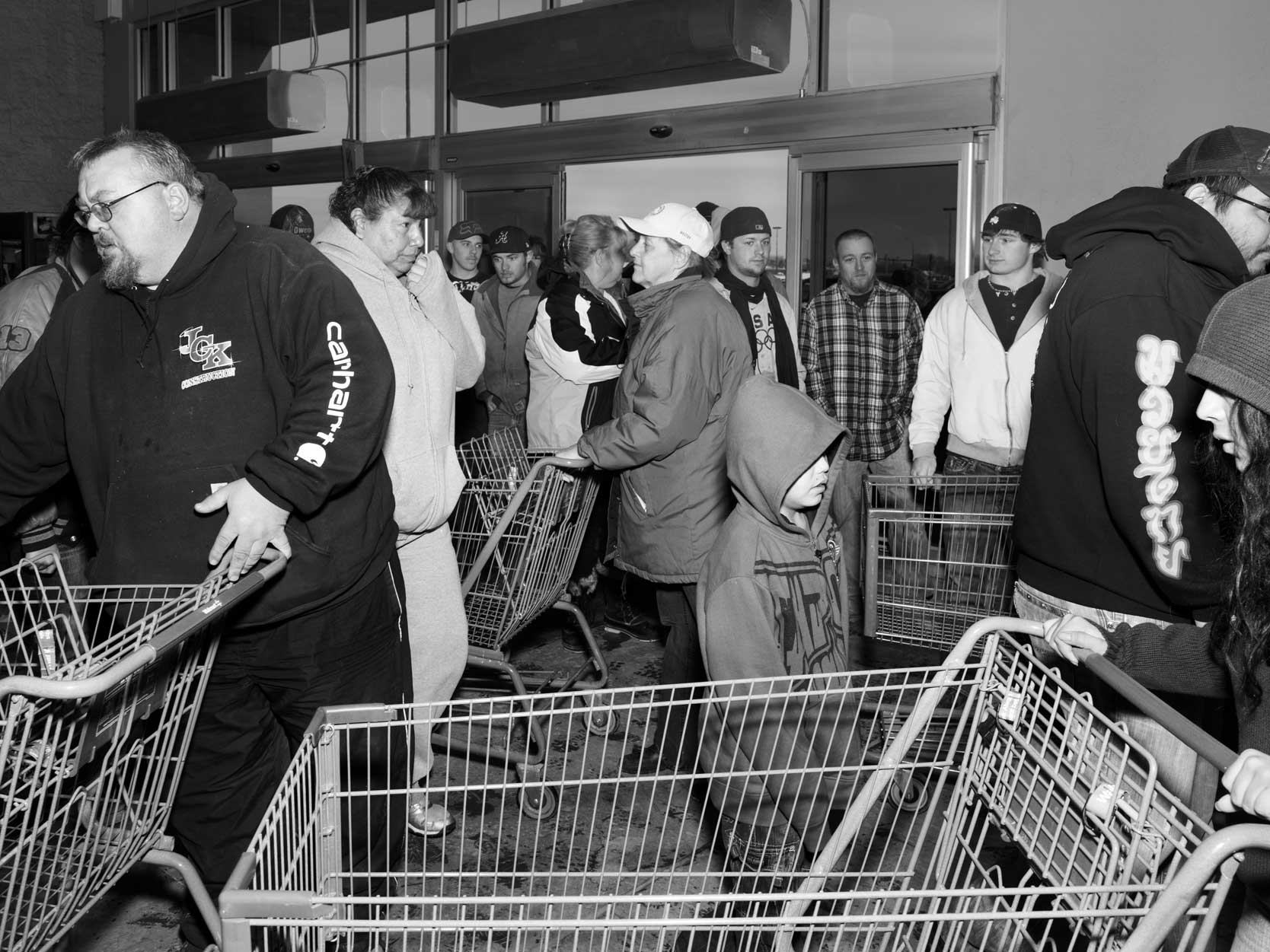 The photographs in the exhibition live in various forms, each one offering something different. From 2012-2014, Soth wandered the American landscape with writer Brad Zellar to create the LBM Dispatches, a series of self-published newspapers. To create these Dispatches Soth takes on the role of small town newspaper photographer.  A selection of the Dispatches is on display in the exhibition, presenting the viewer with the original context of the work. The book that accompanies the exhibition, also titled Songbook is a selection of photographs from the dispatches with melancholy lyrics from American songs instead of the journalistic backstories. Finally, the exhibition ends with a selection of images from the book without any song lyrics or journalistic backstories, giving the work a wonderfully elusive, surprisingly timeless and rather haunting quality.

One of the biggest statements in Songbook is Soth’s decision to work solely in black and white. The pictures evoke old press photography: large format, black and white, with a strong flash. I spoke to Alec about this decision and he told me it wasn’t an impulsive one, but rather a practical and aesthetic one that evolved through time. Once he reached that point however, it was clear that embedded in these practical and aesthetic choices, was an aspect of photographic history and tradition that the work would become tied to. The links to the Farm Security Administration photographers and the era of Life Magazine picture essays are strong here, as are the links to press photography a la Weegee. What makes this work different from its predecessors is the fact that it is contemporary yet timeless, and most impressively journalistic but at the same time perplexing. 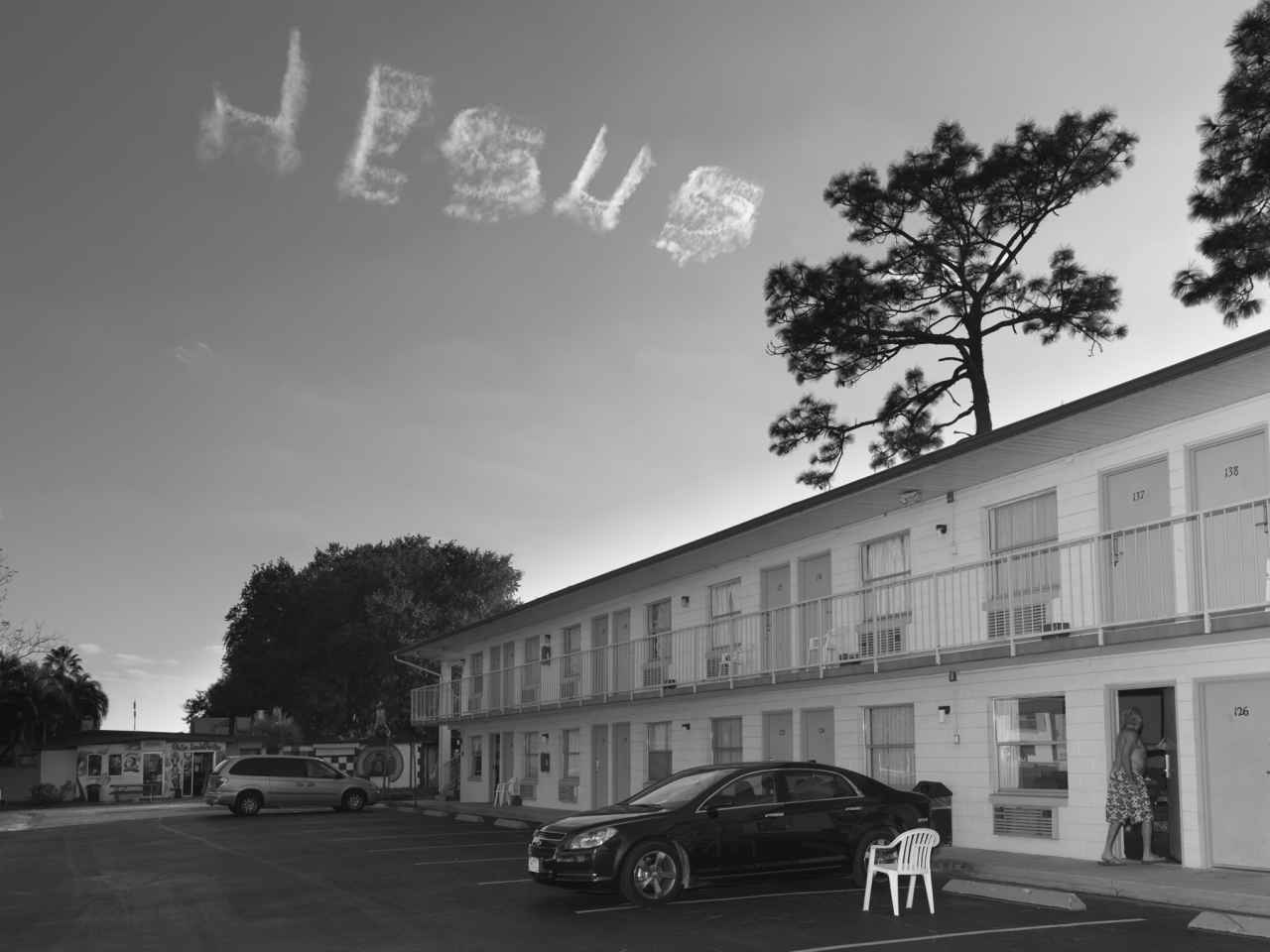 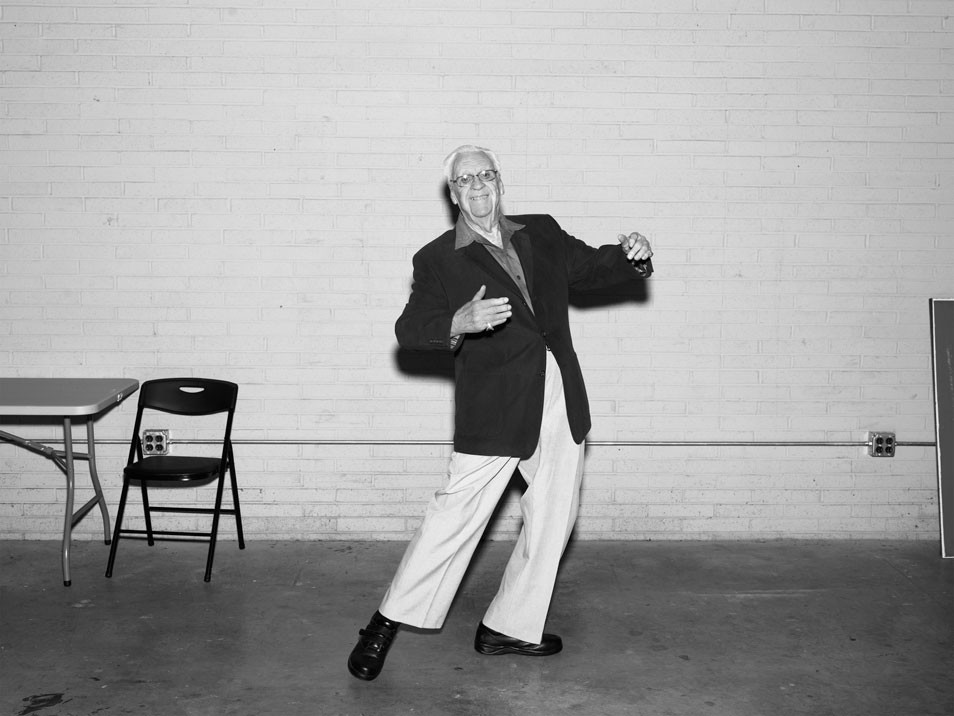 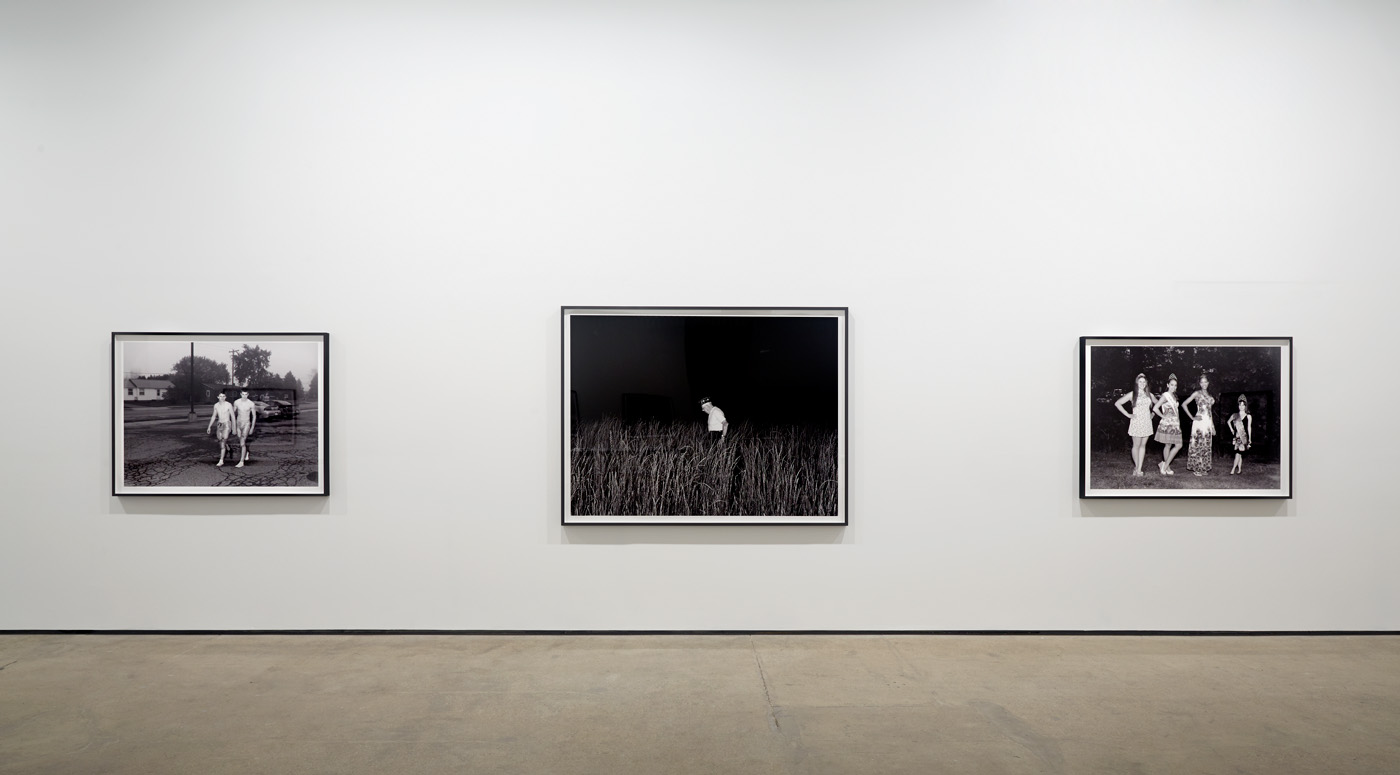 There is a strong sense of nostalgia in the work and as Alec said “a longing for a time that’s passed.” The photographs are about community life in 21st century America but mostly they all look like they could have been taken in any decade. Soth doesn’t photograph vintage cars or use other nostalgic clichés, he achieves this timelessness with a sophisticated ambiguity. One particular image, a couple kissing on a bed looks like it was taken in the 1960’s. I can’t say exactly why it looks that way- perhaps it’s their clothes, perhaps the location, the cigarette behind the man’s ear maybe, it’s just impossible to pin point. The only thing giving it away as contemporary is the little “MK” brand on the bottom of the woman’s shoes. It is the little details in the work that make it special, and in the large photographs seen in the exhibition they can really be appreciated.

There is one, particularly puzzling photograph. It is of a man standing with his back to the camera, wedged in the corner of what looks like a card catalog, with his arm extended rigidly and the palm of his hand held open towards the camera. In the book the writing on the drawer labels are too small to be read; in the large print at the exhibition, however they’re discernable as; “Cigarette Thru Quarter’ ‘Coil Clip Holder’ ‘Coin Catcher’ “Jason’s Bill in Cigarette.” I love mystery and secrets of photographs, and I typically prefer not to know backstories, which is what I most enjoyed about this exhibition. 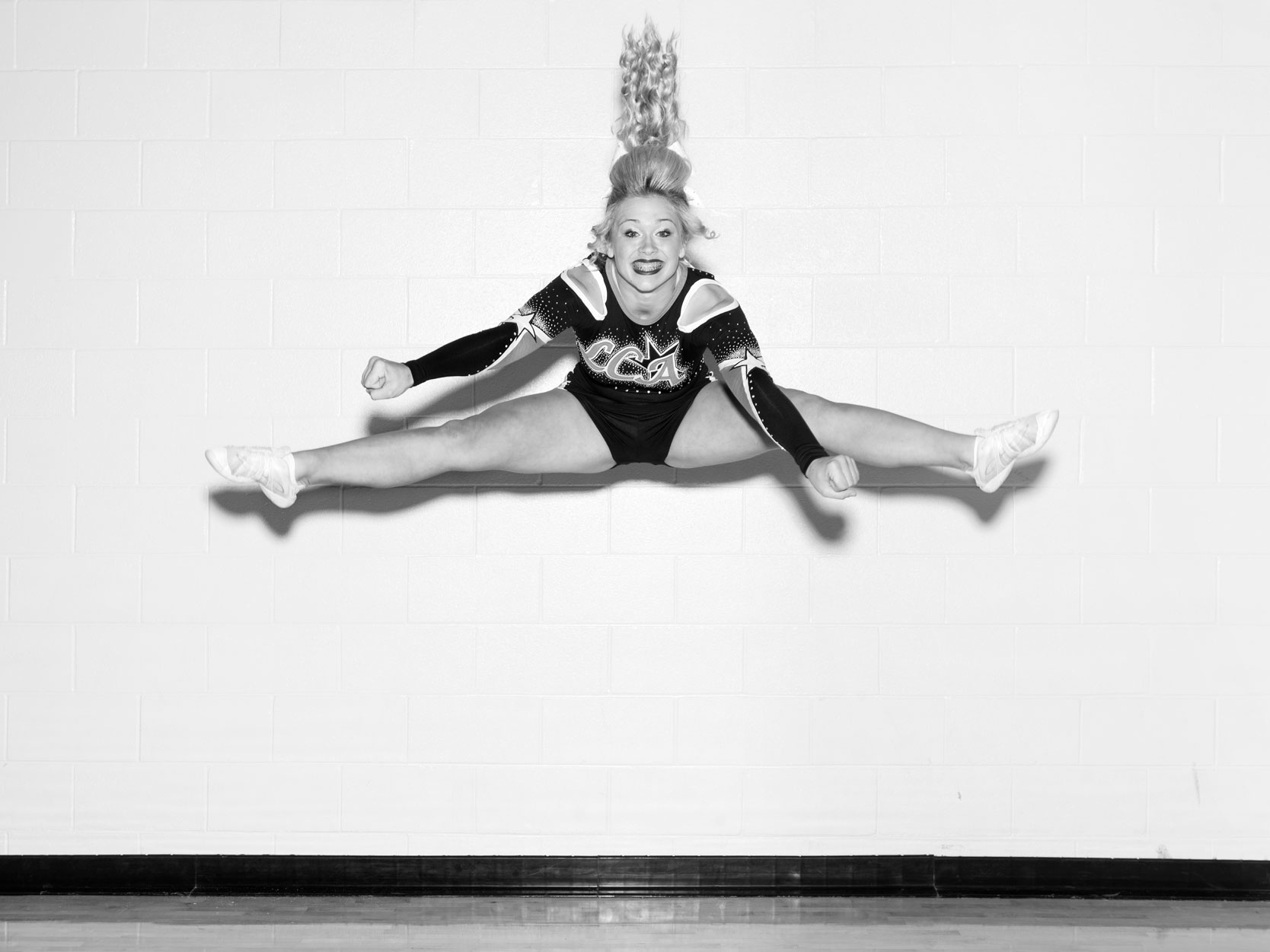 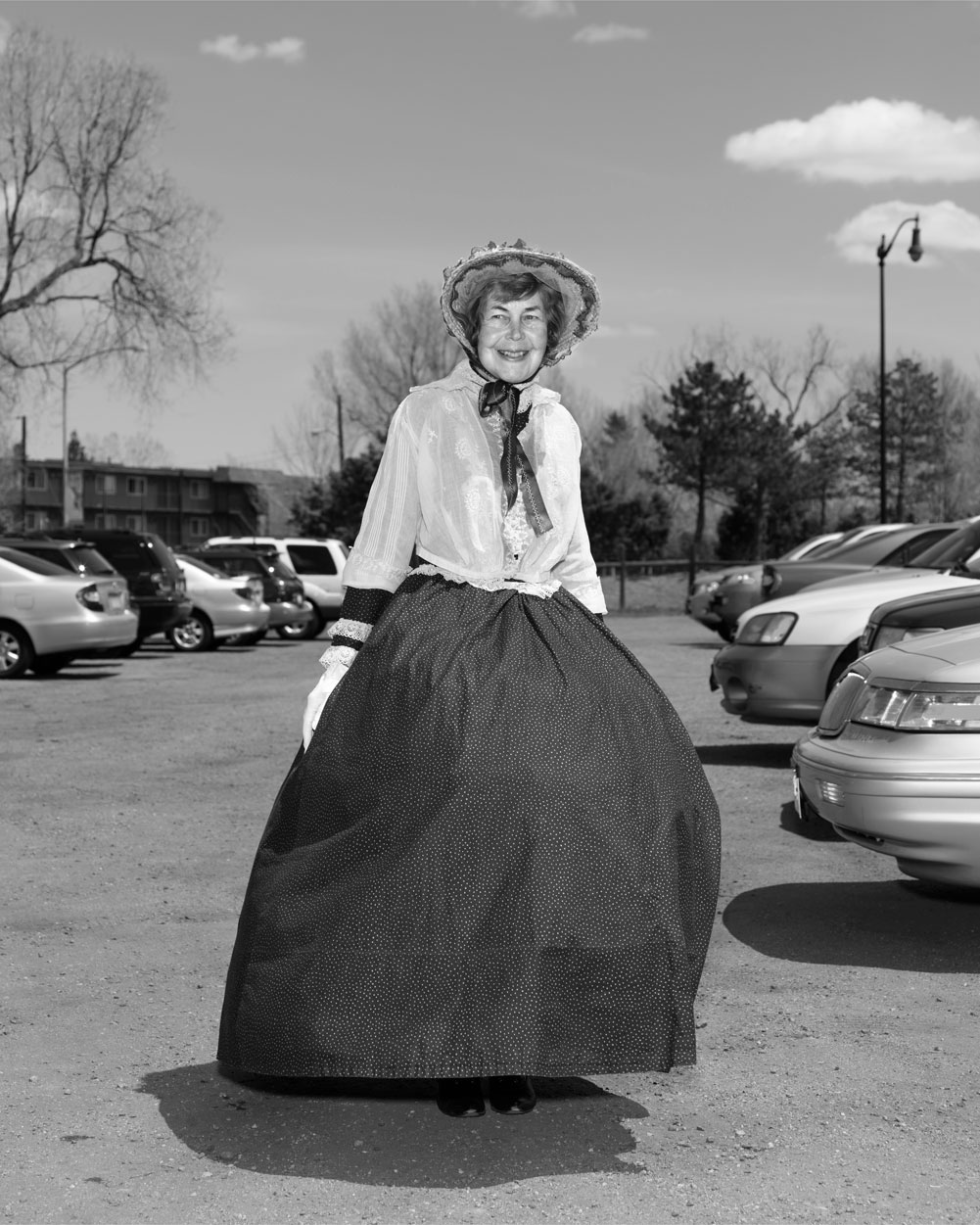 In this particular instance, though, I asked Soth if he would tell me the context of this photograph. He did and the image made sense, but I think the fun in this exhibition is in the not knowing. The excitement is in how Soth was able to photograph in the tradition of news photography but give it such a twist that it came out utterly mysterious and elusive. In regards to the photograph of the man facing the wall, I’ll keep you guessing. Alec did say the awkward hand gesture was a mystery to him as well, but he likes to think of it as the man having ‘a trick up his sleeve’.