There is, in viewing, East of the Sun, West of the Moon a sensation of watching time pass on earth while suspended in the aether, immune from time and all earthly elements. East of the Sun, West of the Moon is collaboration between wife and husband Ahndraya Parlato and Gregory Halpern composed solely of photographs taken on the solstices and equinoxes of 2012 and 2013. Many of the photos were shot with long exposure times or developed with multiple exposures; all were taken at the liminal timespaces of astronomic coordination, the hinges that connect the celestial and terrestrial spheres. A book so specifically linked to the passage of time also, paradoxically, emphasizes the momentary nature of photograph. The specificity of solstice and equinox tie the images to time, contrary to typical mechanisms of photography, which unroot and separate the notion of moment from that of time.

The solstice photos, taken on the longest and shortest days of the year, are imbued with a special quality of light, like that of an arctic summer, bright but cold, brittle seeming. In another image, water flows thick and smooth, like velvet. Weeds, the thin stalks and leaves are tangled like an accidental knot of thin string found in the bottom of a pocket. 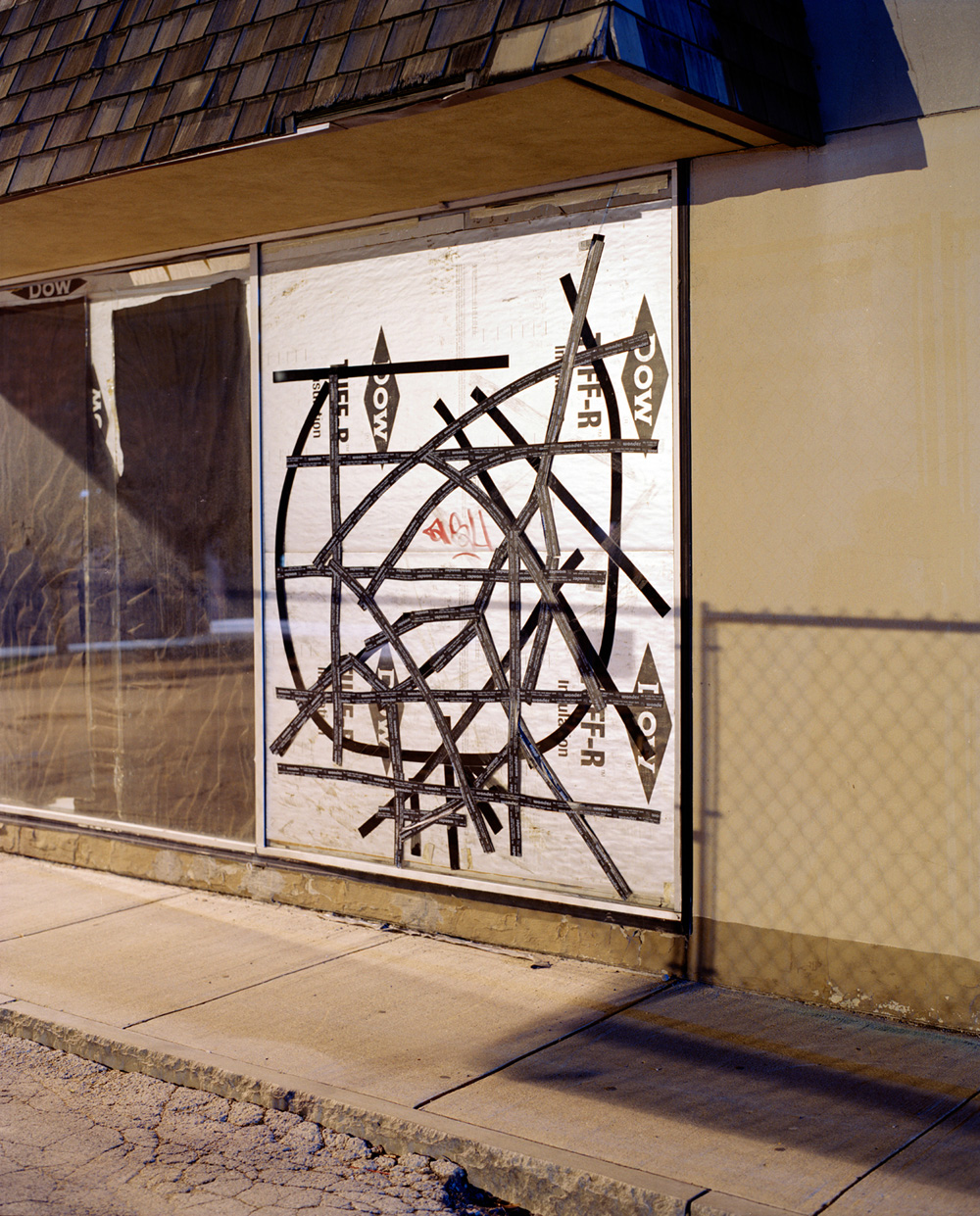 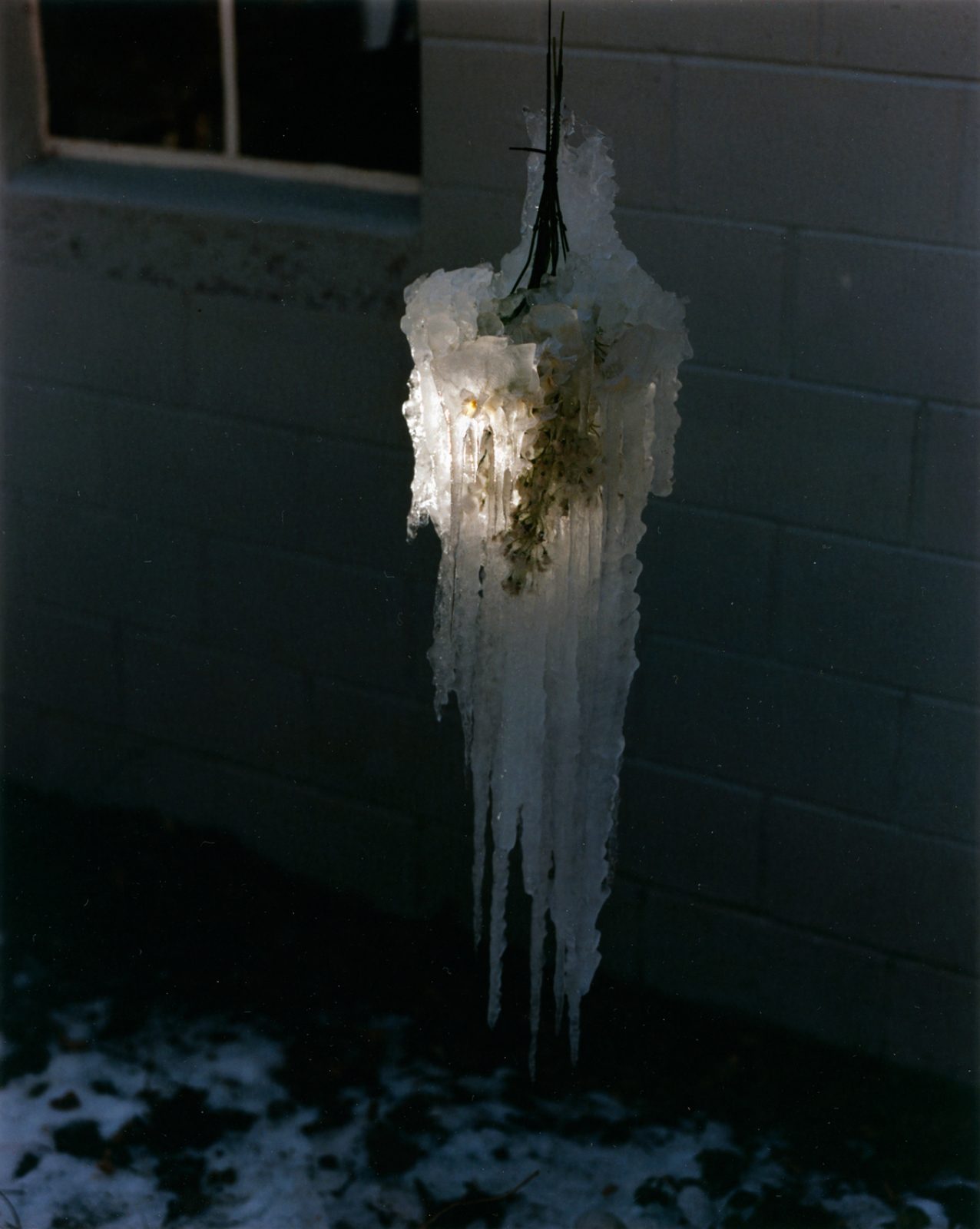 This light is textured, like lace. In another image brown water flows like velvet out of a city in ruins.

The influence of Todd Hido, Halpern’s former teacher, is discernible in the way light changes the color of white paint where two planes meet at a corner, in the way a strand of daylight in the darkness illuminates a thick icicle, in the way Halpern and Parlato photograph a home from outside. The images that are perhaps more from Parlato are the small landscapes and images of objects like the melted-out, drooping candle, a glass, cracked yet standing intact, and a triple exposure of a white egg in a woman’s hand. 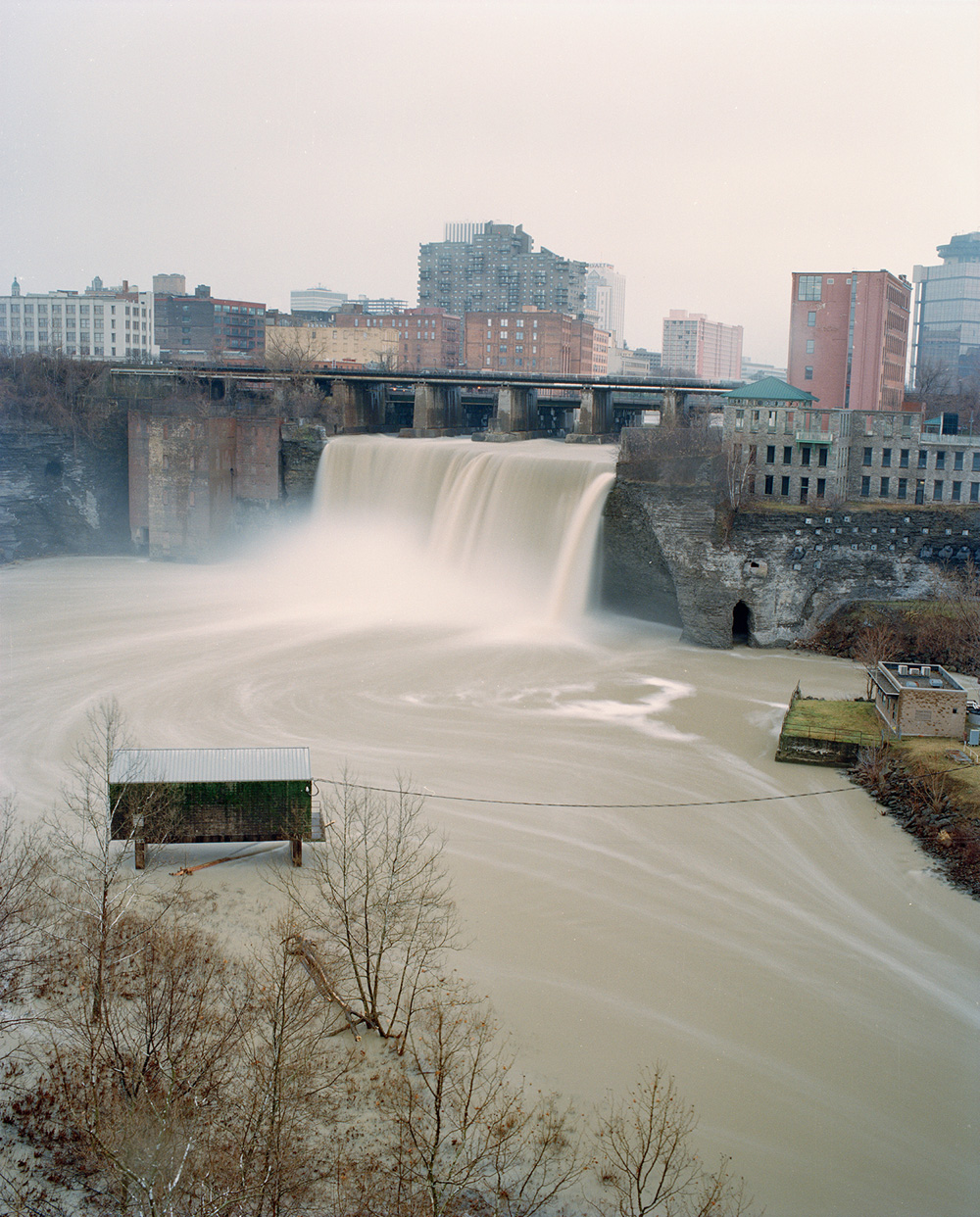 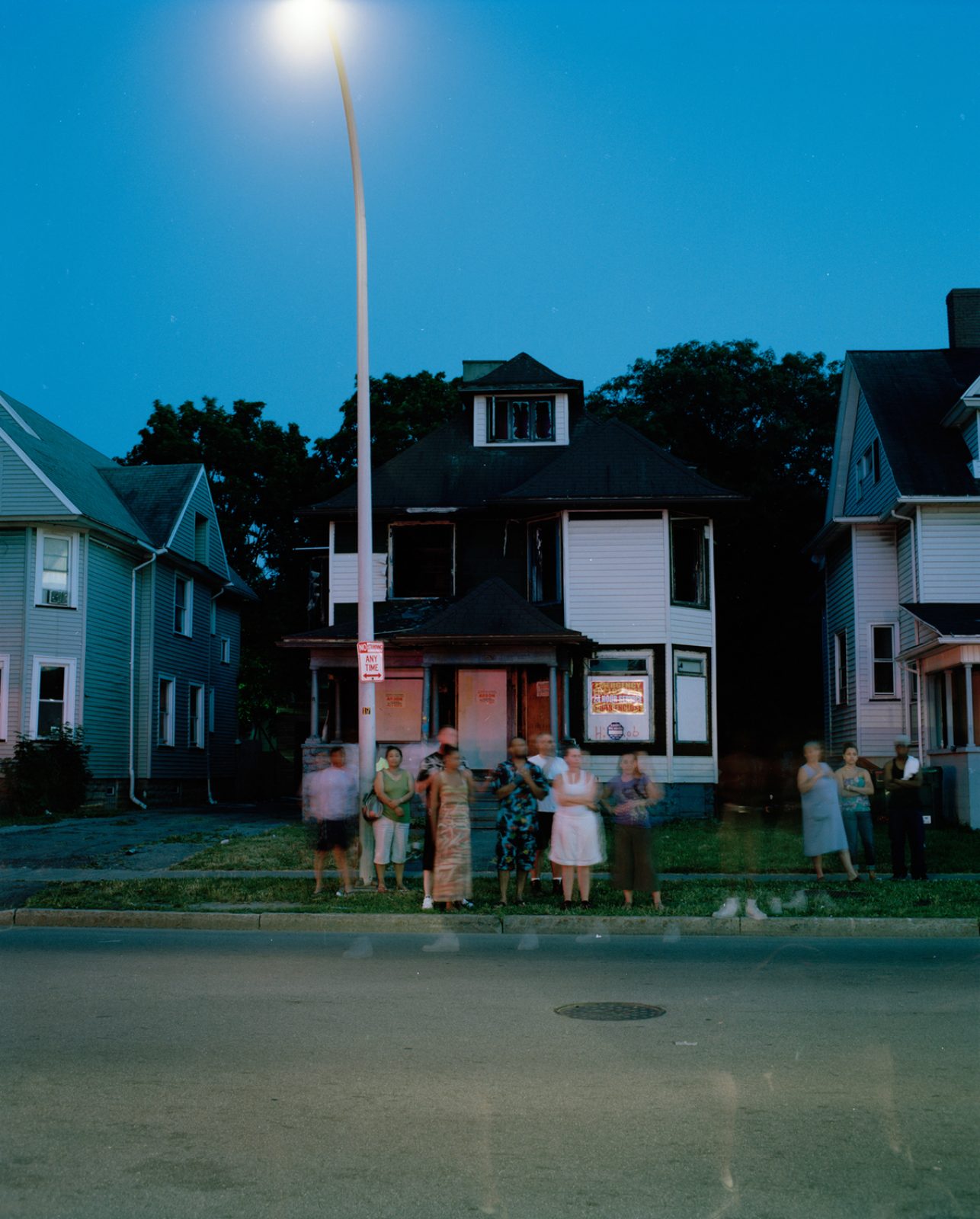 East of the Sun, West of the Moon shows an America where no one is selling anything, no one is hurting anybody, where pitbulls are puppies and broken fences are sewn back together. The images have a gentleness of subject and execution and an air of peacefulness often aspired to but rarely achieved. The peacefulness is, however, tentative. There’s a delicacy to the unpopulated settings, as if they’re threatened by the ever-present possibility of human disturbance.

The withered candle will become trash, as will the cracked glass, the hand that holds the egg may crack it. The human subjects too, only enjoy a tentative repose. They will give birth, grow up, go where they’re going, will stop posing for the photo and the next day will be one with light like any other.