Perhaps we’re just to take it on good faith or past merit that the artworks in Raiders are somehow quality by association.

Walking into the new Harmony Korine show at Gagosian, my reaction is an unexpected one: indifference.

Though principally a filmmaker, Korine’s artistic execution is so recognizably peculiar that he is more closely aligned with the photographic ranks of Diane Arbus and Larry Clark than any filmmaker that comes to mind. Moreover, he’s an auteur who thrills the squalid-seeking audience with effortless irreverence. The distinct unintentionality that comes across in his work, I believe is a product of his relationship with subject matter. Korine doesn’t capture moments from behind the fourth wall; he films with friends and family [wife, Rachel Korine] riffing off of real life and partaking in whatever sub-cultural delights are on the day’s menu. His creative style is a lifestyle, and one which is arguably pervasive enough to define him as an artist. As a result, and as proven up until now, his production aesthetic is indistinguishable from his persona, making the case that whether incidentally or intentionally, he upholds a high standard of artistic integrity. 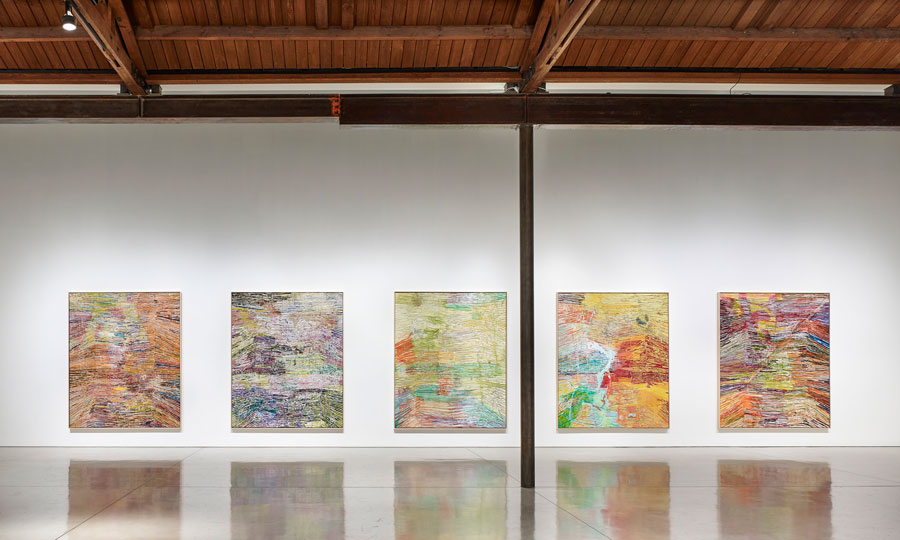 It’s this earned or perhaps perceived integrity that makes this current exhibition of paintings, titled Raiders, so creatively disconcerting. Filling two floors of the pristine Beverly Hills gallery are rooms of colorful, large-scale paintings ideal for complementing office furniture. The canvases showcase nondescript patterns, rough figurations, and general abstractions, each one more inoffensive than the last. Collectively, they remind me of the kind of work inspired by watching Schnabel’s Basquiat one too many times—an oversimplified, movie-version of an art exhibition. Though according to the press release, there is some redeeming distinction to be found in his mode of execution. Apparently Korine used mops, duct tape, house paint, and felt safety blankets—“janitorial supplies”—to create the works, allowing the viewer some small indulgence as to the traditional Korinian conditions under which he works (one could perhaps fantasize that the paintings were made while squatting in a condemned structure). But mostly, looking around, I just keep thinking to myself, “Where is he?” I can’t read his presence anywhere.

YOU MIGHT ALSO LIKE:  All Women Fall in Love with Nobuyoshi Araki (And Duchamps is a Swindler) (2014) 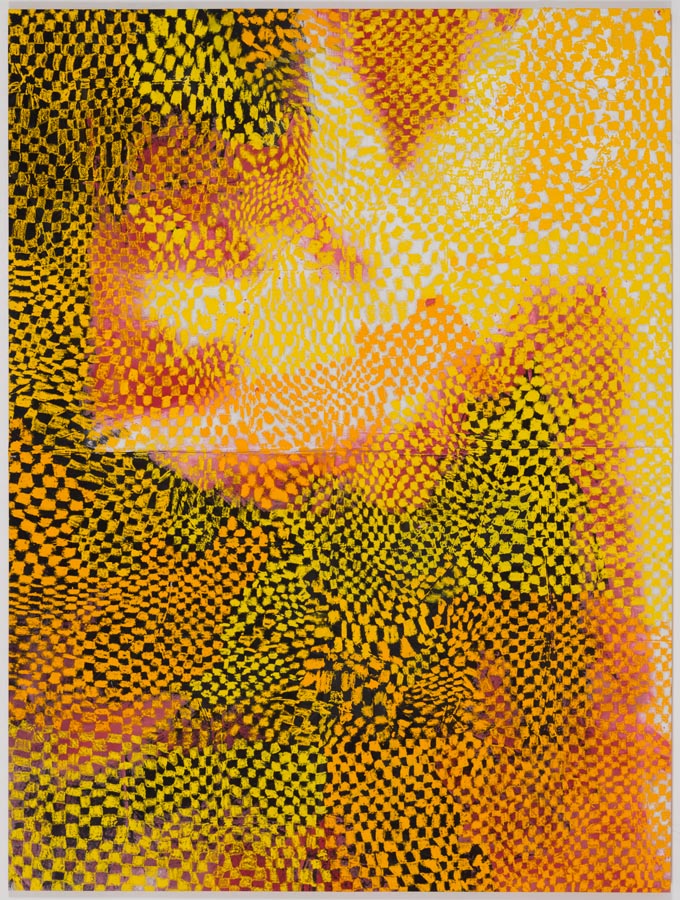 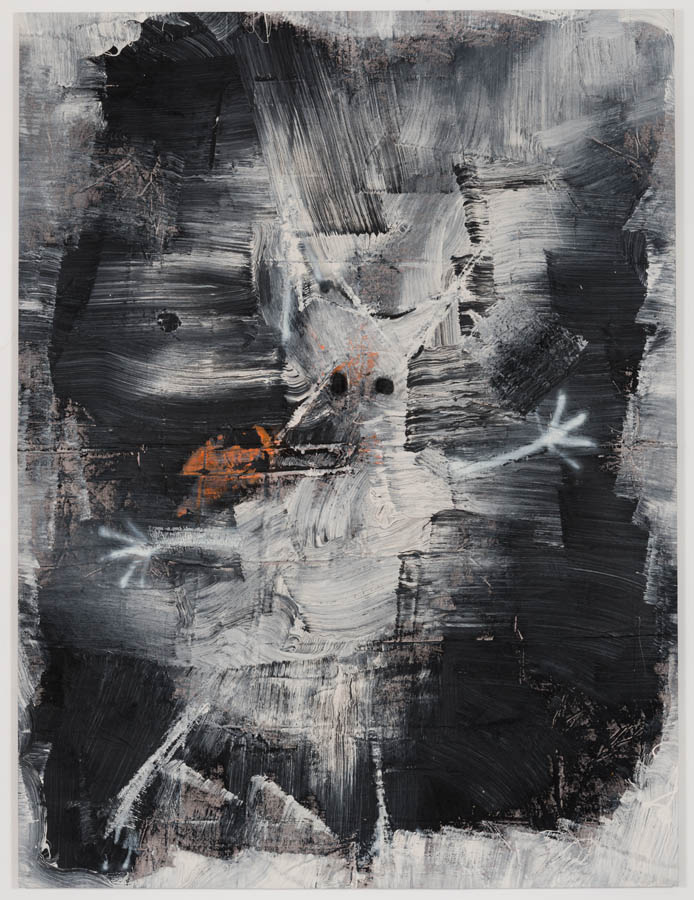 The gracefully scummy voyeurism that permeates the essence of Korine’s work is so specific, and so seemingly inherent to his nature that failure of its delivery in paint, or any form, is hard to swallow for a fan. Is this simply the commercializing simplification of work undergone by the gallery scheme? I’m more inclined to think it may be symptomatic of a wider geo-cultural slip; that the yawning chasm between fine art and the general public in Los Angeles is indeed as disquieting as I fear it is. This is a place where experimentation upon music, food, and film is embraced and heralded, yet on the spectrum of creative practice, fine art is still the inaccessible mystery among its counterparts. Patrons of commercial art are perfectly content to classify artwork as uninterpretable before relegating it to the dregs of home décor. There is a reason Los Angeles has the lack of art world reputation that it does.

Patrons of commercial art are perfectly content to classify artwork as uninterpretable before relegating it to the dregs of home décor.

Perhaps we’re just to take it on good faith or past merit that the artworks in Raiders are somehow quality by association. Strictly formally speaking, drawing the connection between Korine’s films and this current body of paintings is unreasonable. It’s nonexistent, or forced at the very least. The only thing the two have in common is their creator. Ultimately, it all hearkens back to the cult of celebrity and the sanctity of provenance, worshipped more in Los Angeles than anywhere in the world. The idea that an object becomes sacred because it was touched or owned by someone presumably great—this is the artwork as cultural relic, deriving its value from context, not quality. This exhibition may afford connoisseurs the opportunity to own a souvenir of their favorite director, but for those looking to see a trace of Harmony Korine in the works, I bid good luck, because short of inventing a projection, they’ll be looking for a long time.