Horrorcore, a sort of contemporary American gothic, with all the inherent inversion of values.

INTERNET GOTHIC and Transcendentalism in the Age of Mechanical Reproduction

In the preface of National Anthem Doug Rickard quotes Walt Whitman; in the coda he quotes Woodie Guthrie. Following the preface, an introductory text written by Annie Gårlid, remixes the lyrics of cell-phone rap videos from YouTube. Written in white letters on a black background and arranged in stanzas over two pages, the lyrics detail guns, gold teeth, bones and haunted houses. With verbal reference, the introduction makes explicit what the images that follow can only suggest, spectral aura of blighted America.

What follows Gårlid’s verse is a combination of the street photography of Robert Frank and Gary Winogrand, who travelled the country to create a portrait of a lonely, harsh land with the rephotography and appropriation of Richard Prince. Rickard, though, travels the country without leaving his house. His earlier work, A New American Picture, is a collection of rephotography taken from Google Street View images of American cities like Memphis, Detroit, Fresno, New Orleans and the Bronx.

Abandoned is the word typically deployed to describe these parts of America, yet the first premise of National Anthem is that the places shown are not, in fact, abandoned; they’re merely populated by people without agency, castaways from the middle and upper-class projects of narrative self-representation. The self-representations of the disenfranchised are scattered across mediums with low-publicity and low-barriers to entry, like YouTube, where they exist with a minimum of cross-reference and dialogue, connected by the whims of the algorithms that create the links between them. Rickard takes stills from YouTube, freezes them and rephotographs them. The result is remarkable, atmospheric street photography for the era where everything has already been photographed and selection rivals original documentation. 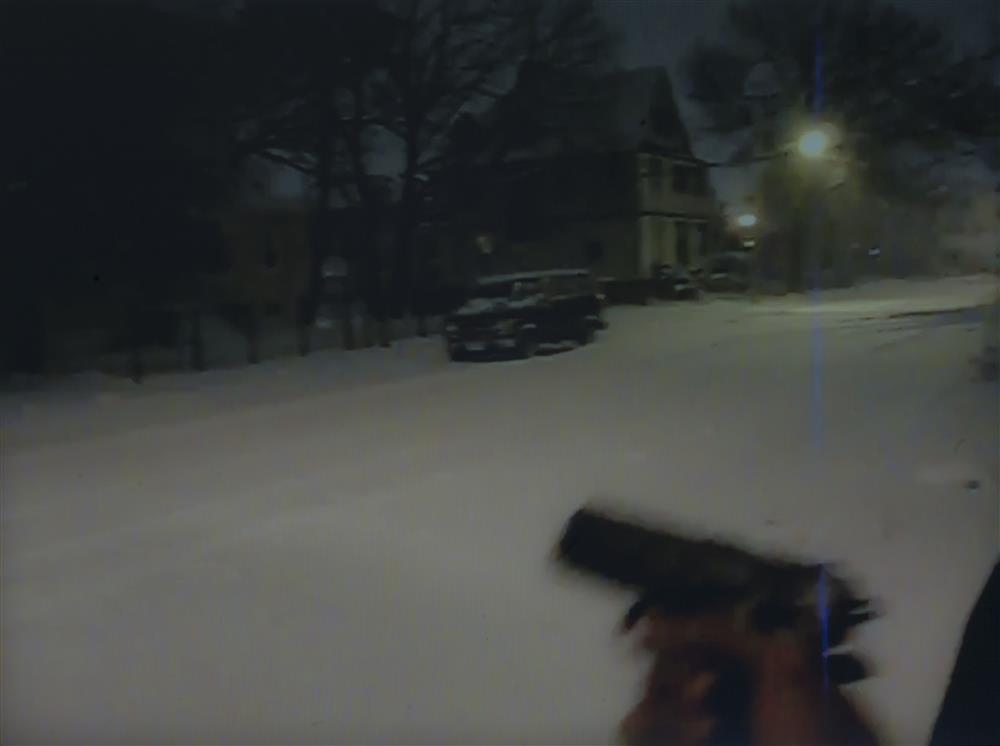 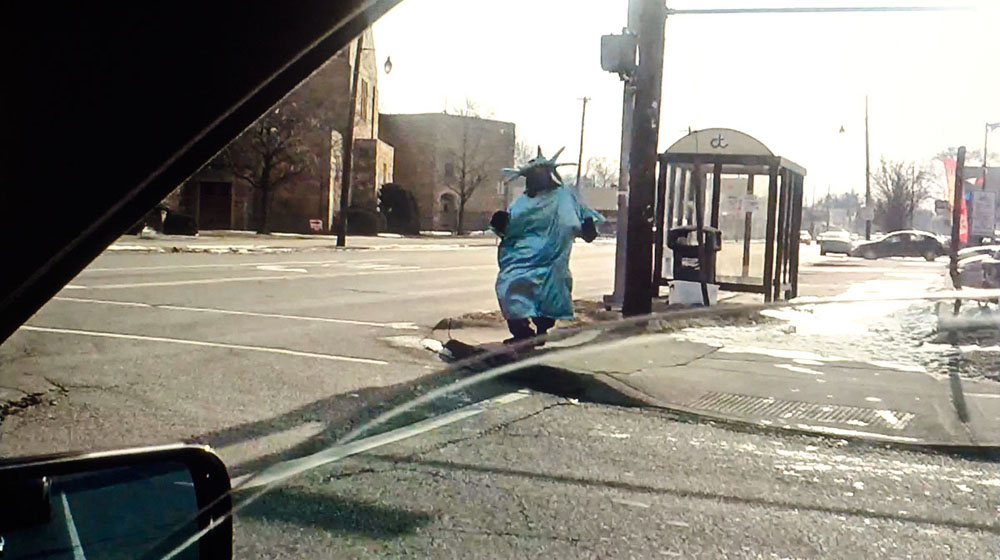 The person holding the camera has a gun in his other hand and he appears to be walking towards a darkened house.

The book’s first image is of a human figure cloaked in a pink sheet standing, somehow unaffected, in the middle of a seeming explosion; the sheet billows as chunks of earth and plant life appear to fly up against a background of floating dust, or is it water? On the next page is a bright and snowy winter night in what appears to be the upper Midwest; the person holding the camera has a gun in his (presumably a he) other hand and he appears to be walking towards a darkened house. Other photos show cars parked in weedy yards separated by a chainlink fence and a sign “beware of dog,” a burnt-out house being demolished by the mechanical arm of a demolition machine, or smoke billowing from under the tires of muscle cars and monster trucks. A silhouetted figure hunched in the window of a strip-mall payday loan center is, crucially, photographed from within the loan center, by the person behind the counter. The collection of images creates a diverse palate, but in general sunlight is wintry blue, the overcast sky is white, and the streetlights make nights an unhealthy shade yellow. Human figures are as often as not silhouettes and shadows in the flash of a smartphone in the dark. 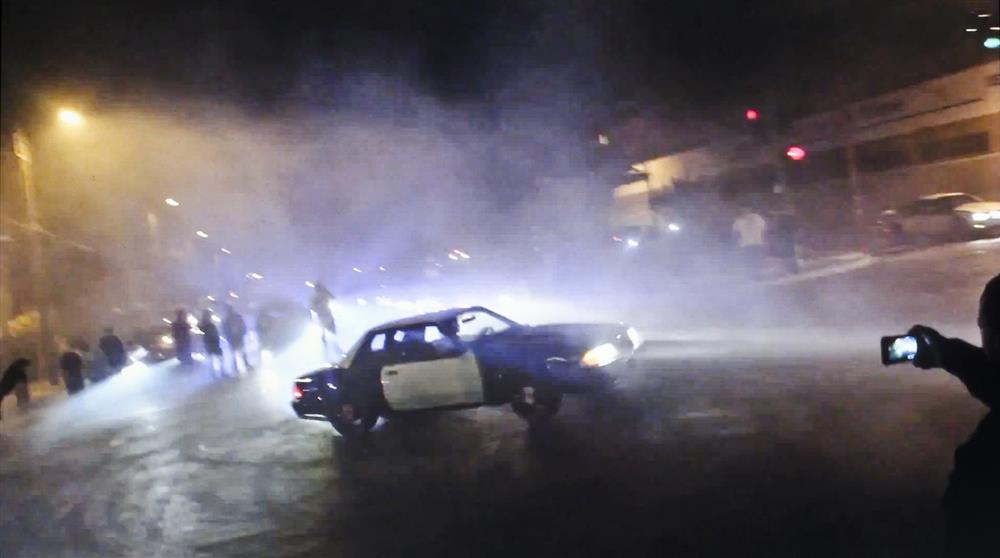 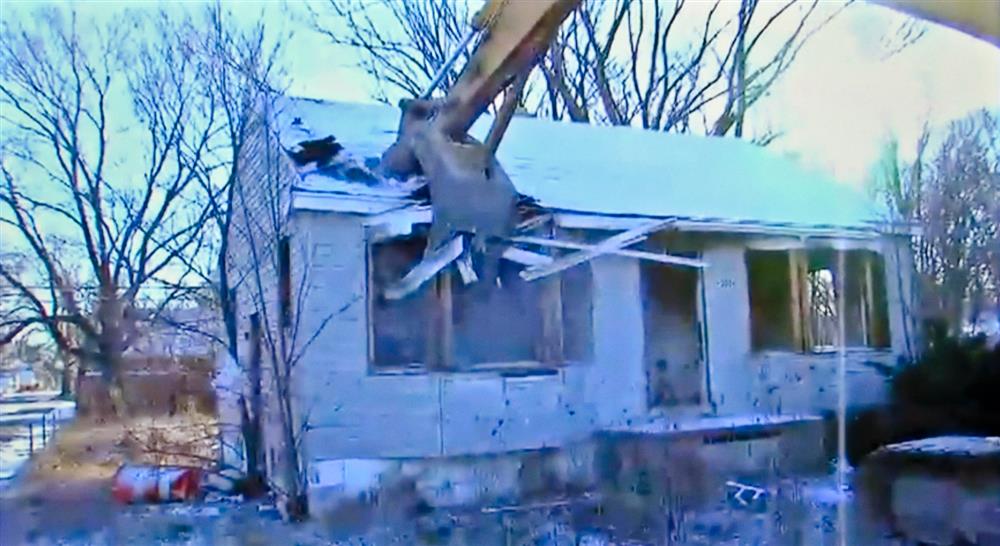 Rickard makes clear, most explicitly in the coda to N.A., which borrows the almost always-omitted verse to This Land is Our Land, a concern for those Americans living in unfortunate, forgotten and unrepresented circumstances. The spirit of Rickard’s work draws from the same source as several other projects that have developed since the 1990’s in music and film. The style has coalesced most concretely in music, where it’s known as horrorcore, a sort of contemporary American gothic, with all the inherent inversion of values. From Memphis, Cleveland and Detroit, respectively, Three Six Mafia, Bone Thugs-n-Harmony and Esham rose to prominence producing dark, menacing hip hop with lyrics about Satanism, excessive violence and elements of the supernatural set amidst decaying urban spaces. Cinematically, Bernard Rose’s Candyman, tells the urban legend a lynched black man who returns to terrorize Chicago’s housing projects.

National Anthem takes the tropes of the gothic, of horrorcore, and by dint of process uses them to examine what could be called our spiritual relation with the Internet, spirit here heuristically defined as the emotional tenor of human connection at the most macro-level. Rickard’s approach, online image aggregation and selection, is dependent upon links and makes clear that links between Youtube videos are also links between people, that sharing videos is how a delocalized society creates a public forum. 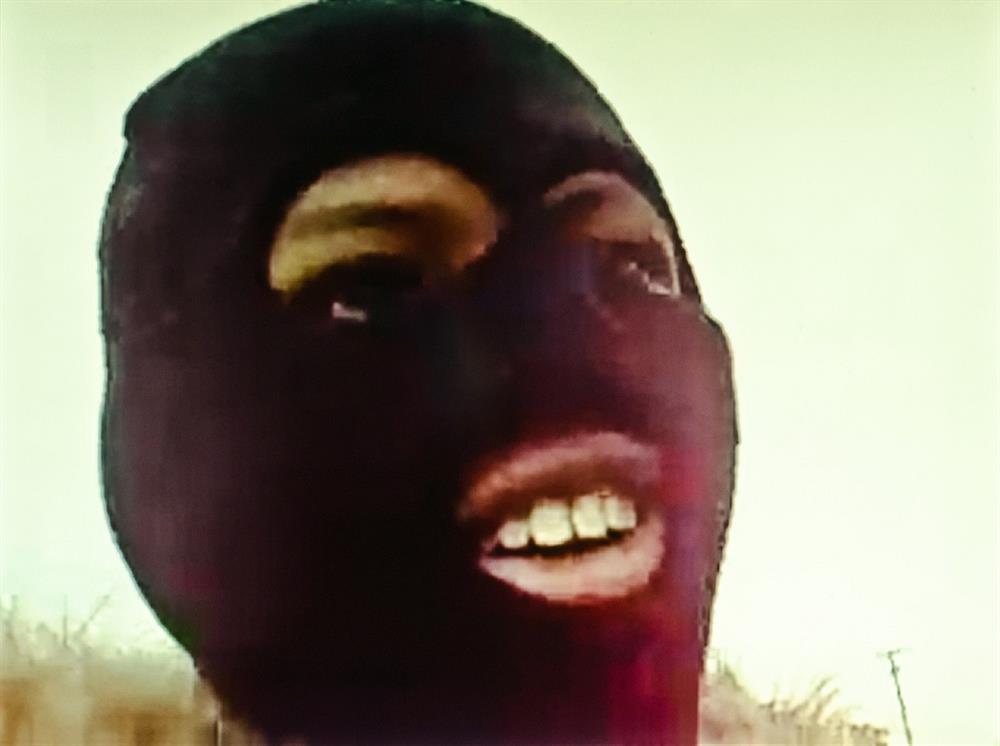 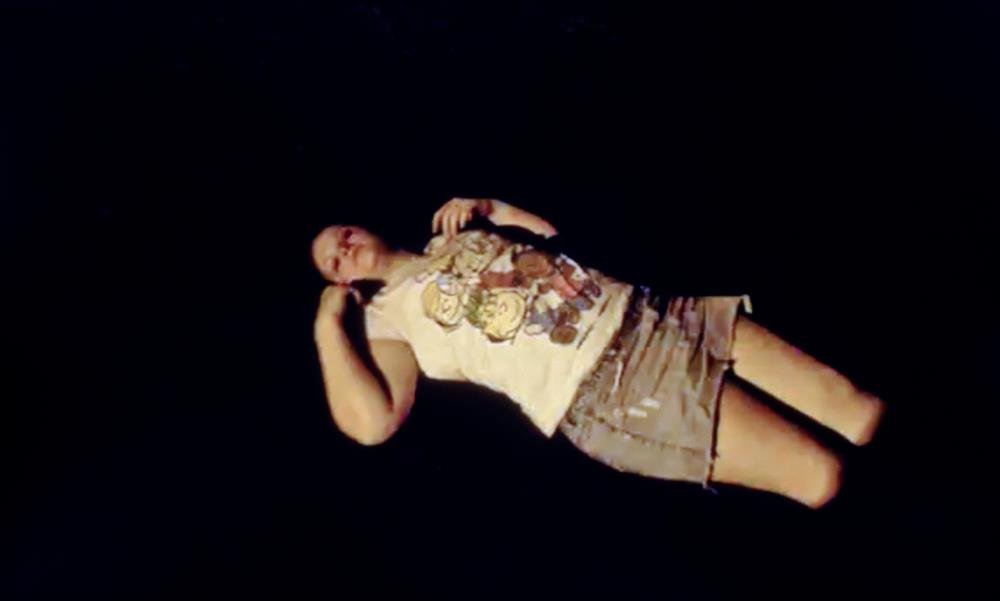 National Anthem takes the tropes of the gothic, of horrorcore, and by dint of process uses them to examine what could be called our spiritual relation with the Internet

The sort of connectivity that a shared online life offers shares a resonance with some of the oldest strains of American philosophy, with what Ralph Waldo Emerson wrote of as the Over-soul, “within which every man’s particular being is contained and made one with all other…” and “the act of seeing and the thing seen, the seer and the spectacle, the subject and the object, are one.” Is this not an apt description the dual role of producer and consumer we play as users of the dominant social networks? This vision of transcendental connectivity, however, seems to have been realized at the physical, if not metaphysical level. Emerson writes of individuals being mere parts and particles of a larger beatitude, a great “wise silence” which anyone who’s spent a minute reading the comments section recognizes as an inverse description of Internet culture.

Yet the contradiction only serves Rickard’s point. It parallels the introductory quotation from Leaves of Grass, “I hear America singing, the varied carols I hear…” an ironic quotation, yet one that doesn’t undercut the original word’s emotional resonance but amplifies their earnest strength into an echo of some a distant, possible truth. National Anthem really is a sampling of American voices, yes, but they’re not singing carols. 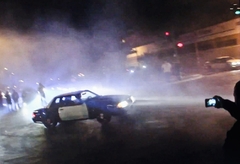