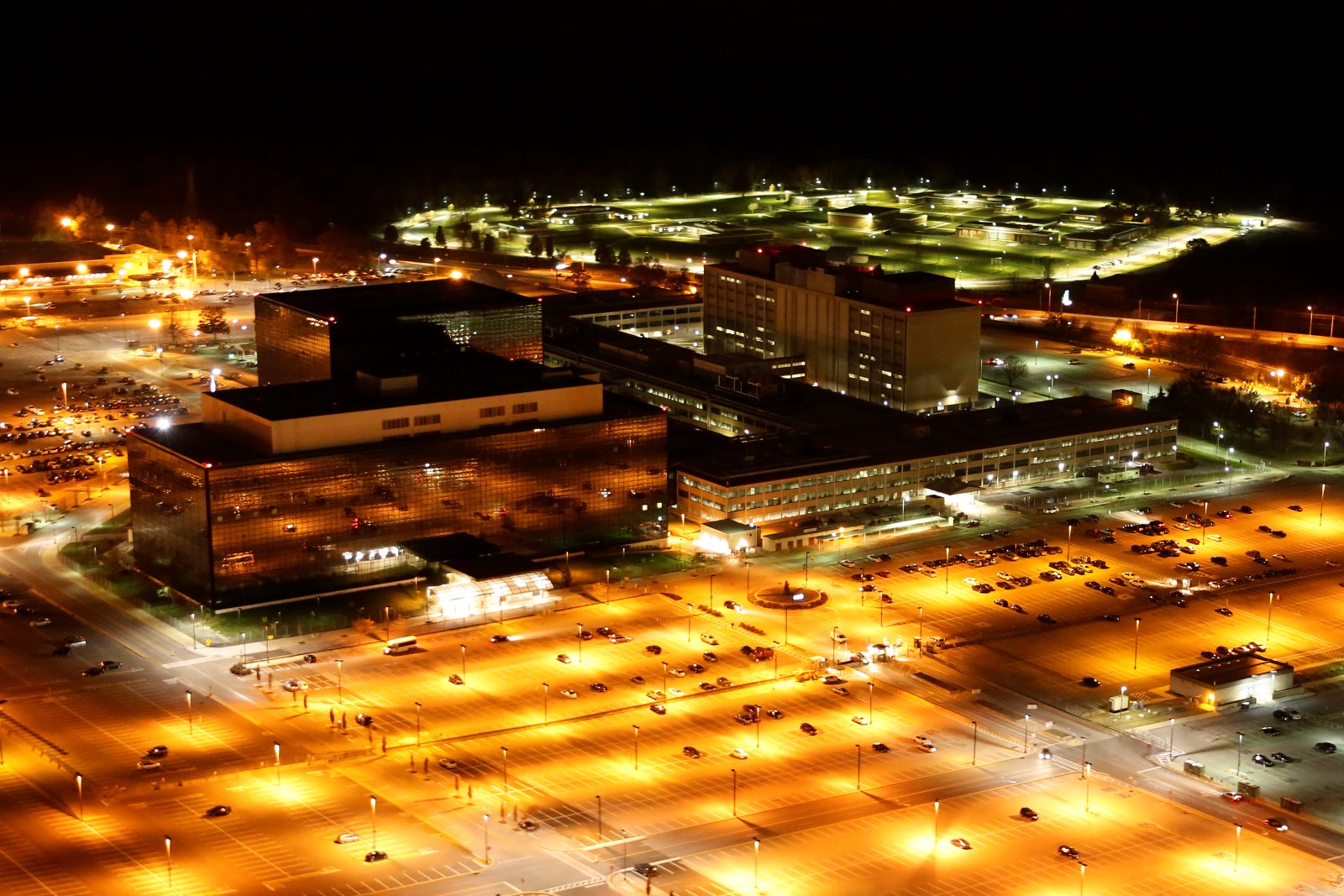 NATIONAL SECURITY AGENCY (NSA)
With a 2013 budget request of approximately $10.8 billion, the NSA is the second-largest agency in the U.S. intelligence community. It is headquartered in Fort Meade, Maryland.

My intention is to expand the visual vocabulary we use to “see” the U.S. intelligence community. Although the organizing logic of our nation’s surveillance apparatus is invisibility and secrecy, its operations occupy the physical world. Digital surveillance programs require concrete data centers; intelligence agencies are based in real buildings; surveillance systems ultimately consist of technologies, people, and the vast network of material resources that supports them. If we look in the right places at the right times, we can begin to glimpse America’s vast intelligence infrastructure. 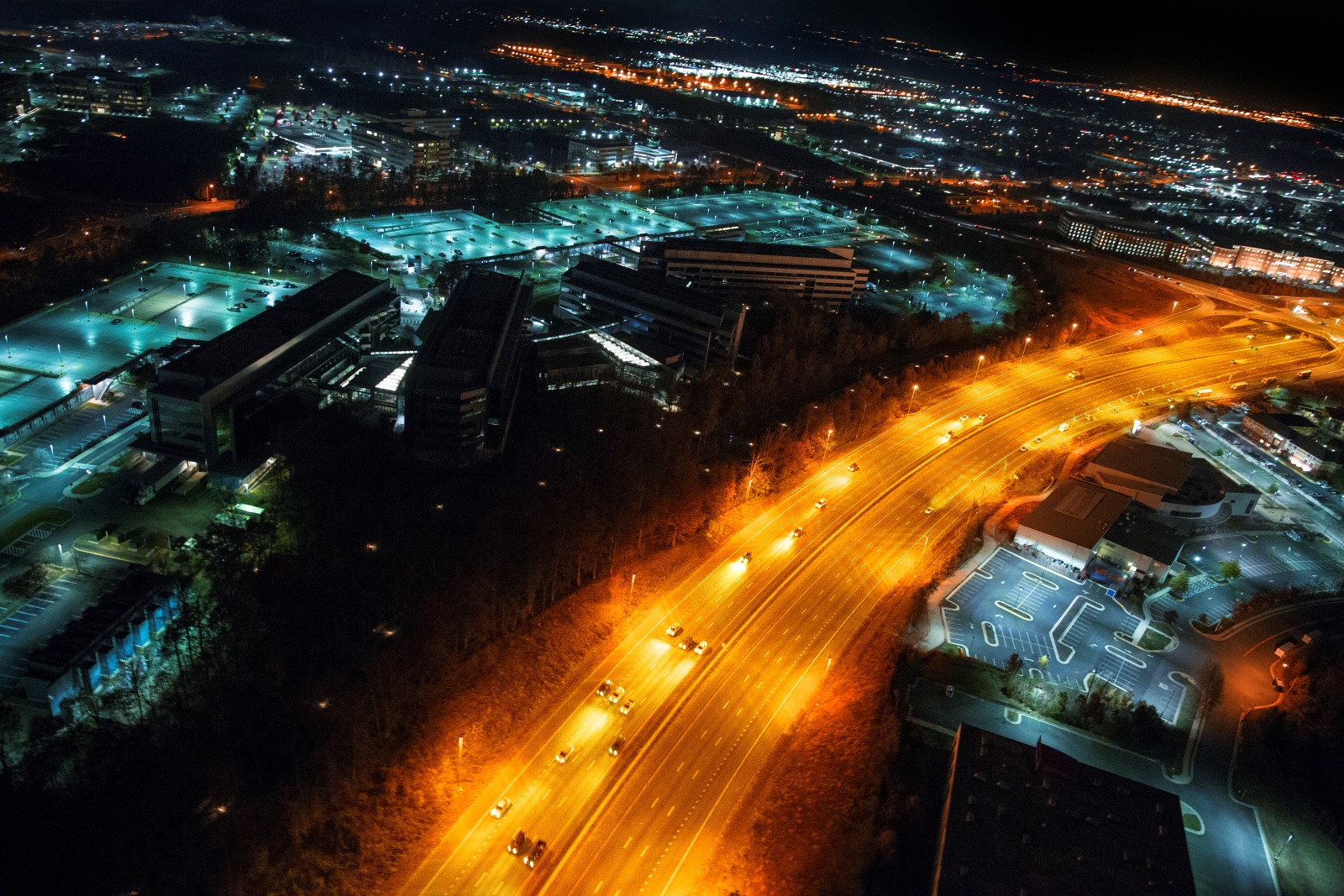 NATIONAL RECONNAISSANCE OFFICE (NRO)
The NRO is in charge of developing, deploying and operating reconnaissance satellites. With a budget allocation of $10.3 billion, it is the third-largest U.S. intelligence agency. Its headquarters are in Chantilly, Virginia. 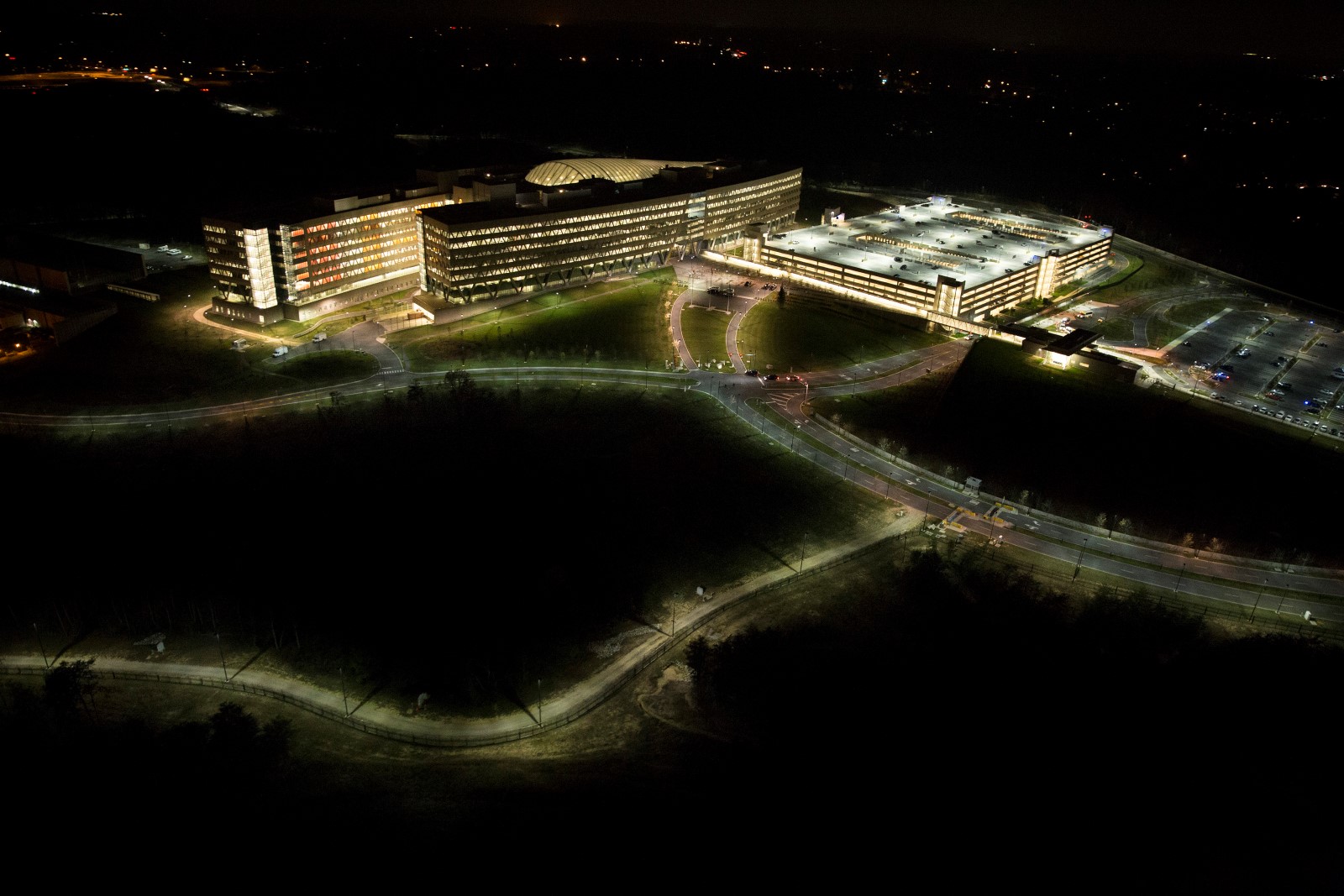 NATIONAL GEOSPATIAL-INTELLIGENCE AGENCY (NGA)
The NGA is responsible for collecting, analyzing and distributing intelligence derived from imagery. According to documents provided by Edward Snowden, the NGA’s latest budget request was $4.9 billion—more than double its funding a decade ago. It is headquartered in Springfield, Virginia.

These new images of the NSA, NRO and NGA are being placed in the public domain without restriction, to be used by anyone for any purpose whatsoever, with or without attribution. They can be found on Creative Time Reports, which commissioned this piece, as well as on Flickr, Wikimedia Commons and The Intercept.

EXPLORE ALL TREVOR PAGLEN ON ASX