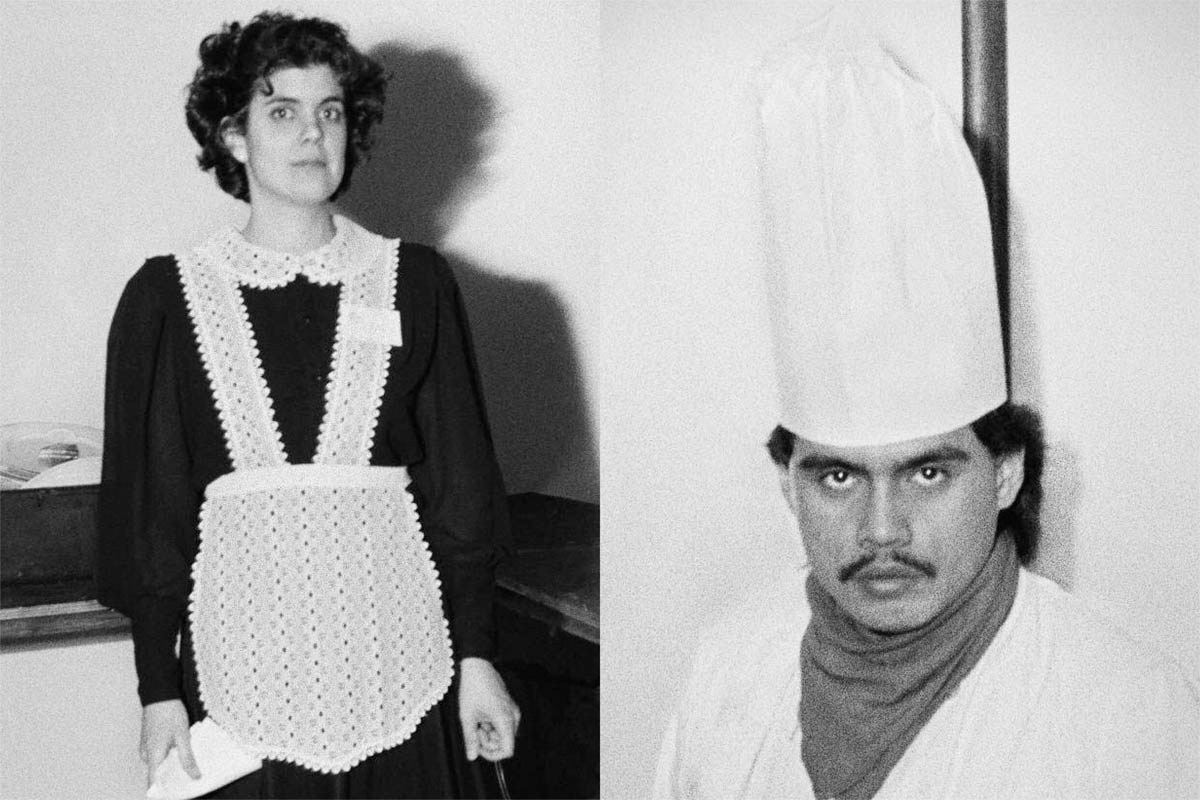 Jim Goldberg’s Rich and Poor is a simple, introspective study consisting of two sets of portraits, one of rich people, one of poor people, with each photo accompanied by captions supplied by the subjects. Originally printed by Random House in 1985 and sold for $15.95 in paperback, Rich and Poor has been reissued twenty-nine years later, Steidl ($90), with an updated afterword by Goldberg.

A strong moral idealism is evinced throughout Goldberg’s life’s work; photographs of displaced people, street kids, hospice workers and patients dominate his artistic career. Goldberg locates the roots of his socially conscious sensibility in American Exceptionalism, the idea, descended from early New England Puritans, that the United States is uniquely virtuous among all nations, and his work draws from urge to square the faults of America with the straightforward, and optimistic lines of that ideology. As he writes in the afterword, “We were taught back then that we were on a special path, and I think my outrage about the desperation of the poor – and the dissatisfaction of the rich – stemmed in part from my belief that they represented a derogation from that path, a veering off course that had to be rooted out and documented. And I believed, I really believed that once people saw what was happening, then we, as a society, would fix it.”

This belief lead Goldberg to a single-room-occupancy hotel, a flophouse, on San Francisco’s Mission street, which is now slightly gentrified but remains mostly now, as then, skid row. There he photographed the people who called the hotel their home and in doing so documented their attempts, personally touching and societally damning, to carve space and forge loving relationships in a space so inhospitable to health and happiness. These images are dominated by exhaustion, smoldering cigarettes, peeling wallpaper and porn on the wall. But there is also hope; many of the occupants write that one day soon they’ll be out of the hotel, and there is something visibly hearty in some of the deep bonds forged by poverty

There is also love for Goldberg. The poor in Rich and Poor, So obviously unused to people taking their photo or asking their story, open themselves more fully to Goldberg; perhaps because embarrassments of poverty have already lain bare the kinds of failings the rich would prefer, and can afford, to hide. In the handwritten captions, it is only the poor who allow themselves to acknowledge the intimate bond between subject and photographer as a relationship between two people. They write, “Thank you,” “God bless you,” and “I love you,” sentiments that, if they cross the minds of his wealthy subjects, don’t appear in their captions. 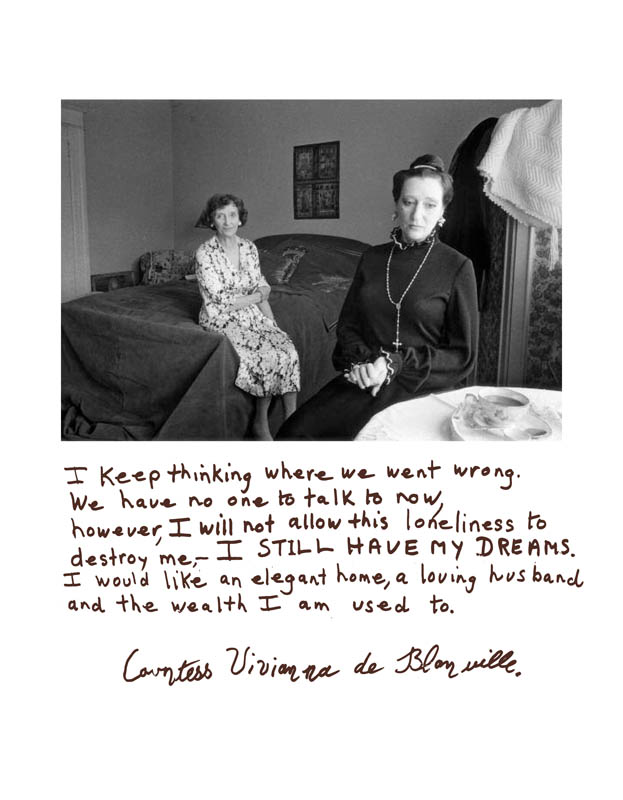 Several of the subjects in the SRO are amputees. T.J., a young woman with one hand is somehow still beautiful, despite the pace at which poverty wrecks an exterior, but only seems more melancholy – and she looks extremely sad – because of it. Another amputee provides the caption that made one of Goldberg’s most famous images. The man, large and bald with a big hairy stomach and one hand, holds his son, a small boy in dirty, grey underwear, who stands on the bed in front of him. They’re surrounded by plain, cracking walls, a suitcase, a bare mattress, a messy dresser and on the door a sticker bearing the word ‘EMPTY.” On the previous page the boy’s mother had written, “My son, David, always seems to take an amused, philosophical approach to life. He is the kind of son every mother wishes she had.” Under this image, the boy’s father has written, “I love David. But he is too fragile for a rough father like me.”

These photographs, which show the blemishes of physical reality, may embarrass the poor; the rich, however, must contend with what is, generally speaking, the bleakness and spiritual paucity of their captions and images.

These photographs, which show the blemishes of physical reality, may embarrass the poor; the rich, however, must contend with what is, generally speaking, the bleakness and spiritual paucity of their captions and images. A strain of “sorry that I’m not sorry” runs through their hand-written notes and gives the lie to their oft-made insistence that they have nothing to apologize for. But where other class-conscious photographers might let ideological consistency interfere with sympathetic understanding, Goldberg refrains from mocking the wealthy even as they write to him that they feel trapped by their wealth.

And the photos of the rich are sad in their own understated way. Everything reinforces the nostrum that money can’t buy happiness. Fragments of captions include, “I feel like a piece of furniture. I don’t want to become like my parents”, “My wife is acceptable”, “I am not an empty person”, and “I am not a lonely person in a busy room. ”

It’s no surprise that the spaces are much larger in the rich people’s houses and the humans are often dwarfed by their possessions. Occasionally they look ridiculous, as does one woman, scarcely the height of her countertops, wearing a fur stole in the kitchen. More often the interiors of wide spaces, soft light and light contrast surrounding figures in studied repose strike a tone of comfortable ennui. 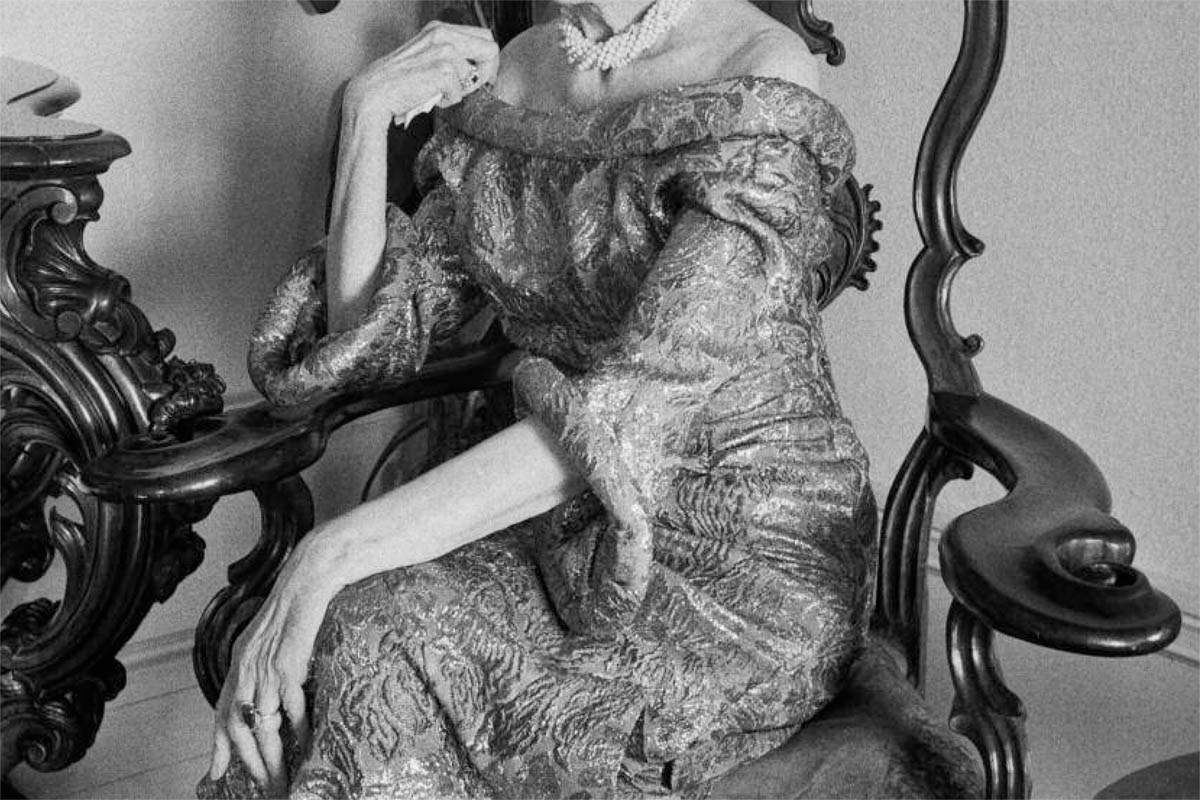 When Rich and Poor was first reviewed in the New York Times in 1985, the reviewer, Thomas DePietro, castigated Goldberg for combining image and language, writing, “For Mr. Goldberg, a picture is worth roughly 30 words.” But it’s through language, as well as formal skill, that Goldberg escapes what are historically the aesthetic doldrums of socially conscious photography as seen in the work of Jacob Riis and Lewis Hine. Words, Barbara Kruger says, “…interrupt the stunned silences of the image with the uncouth impertinences and uncool embarrassments of language.” Goldberg’s inclusion of language disrupts the muteness and mechanical nature of the photograph and, in a deal with the subject, bargains away authority in exchange for greater honesty by letting the subjects speak for their selves.

Goldberg writes in the afterward that he was naïve when he was younger and that his faith in photography to effect economic disparity has waned. Years after Rich and Poor, in the course of making Raised by Wolves, a study of San Francisco street children, Goldberg came into regular contact with David, the scared-looking boy too gentle his rough father, who was now hustling rich men in The Castro. When he tried to find David again he discovered that since they’d fallen out of touch David had become permanently homeless and had died, murdered, in Austin. The rich, he reports, are doing fine if not better.

Goldberg writes near the end of the updated afterward, “But I can’t let go of the desire, the impulse, to want to believe in a society where things really will get better.” The crucial word in this sentence, “want,” is indicative of the weariness that only optimism can impose, of the knowledge that against all else in the world, your ideals will seem impertinent, embarrassing and naïve.

EXPLORE ALL JIM GOLDBERG ON ASX