Somewhere in Oregon, a stripper boofed molly and fainted inside a hollow cake; she may have contracted giardia. Earlier, in California, an earthquake cracked the earth and released noxious spores of mold, afflicting those nearby with what is known as earthquake fever. Once, in Germany, an American GI met a German girl and took her back to Wisconsin only to disappear on her two years later. Paul Kwiatkowski takes these small stories, memories and diversions and binds them onto the skeleton of a larger narrative with photos of fires in barren fields, abandoned houses, mountains, roads and dashboards, strippers in their free time, grandpas and chopped pony tails. His latest work, Eat Prey Drug, is an eight-part webseries in slide-like page form. It blends fact, fiction and photography into a paranormal road trip across the united states, from LA to NorCal to Queens, stopping in between to visit strippers, drug dealers, and psychics (sometimes they’re the same person).

“I escaped the polar vortex by replacing it with another vortex: Los Angeles. I burned through winter in L.A., where — compared to the silvery winter of New York, with its edges like crumpled aluminum — it instead felt like being inside a sunny defunct fridge.” – Paul Kwiatkowski

His style is heavy doses of William S Burroughs with a sort of inversion of Jack Kerouac – Kwiatkowski is a peripatetic writer, yes, and he’s driving his car across the country and crashing with friends – but he prefers short sentences and never howls in the manic moonlight under the crazy, cosmic night. There’s also a (un)healthy dose of Cronenbergian body dysmorphia, as Kwiatkowski can reliably be found with mysteriously swelling appendages, radio-wave enduced headaches, boiling guts afflicted by a medium’s energy and other mysterious, spectral maladies. 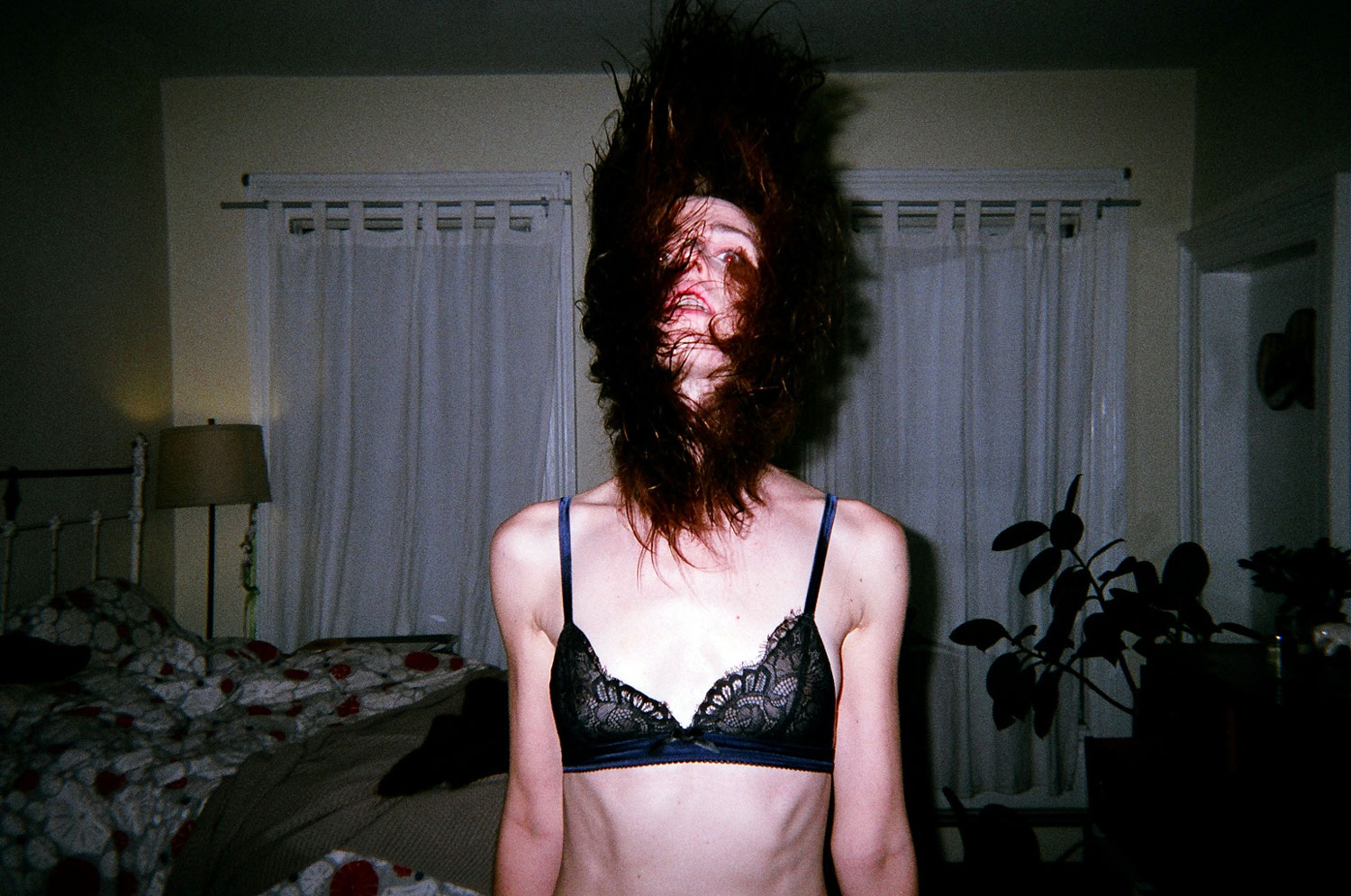 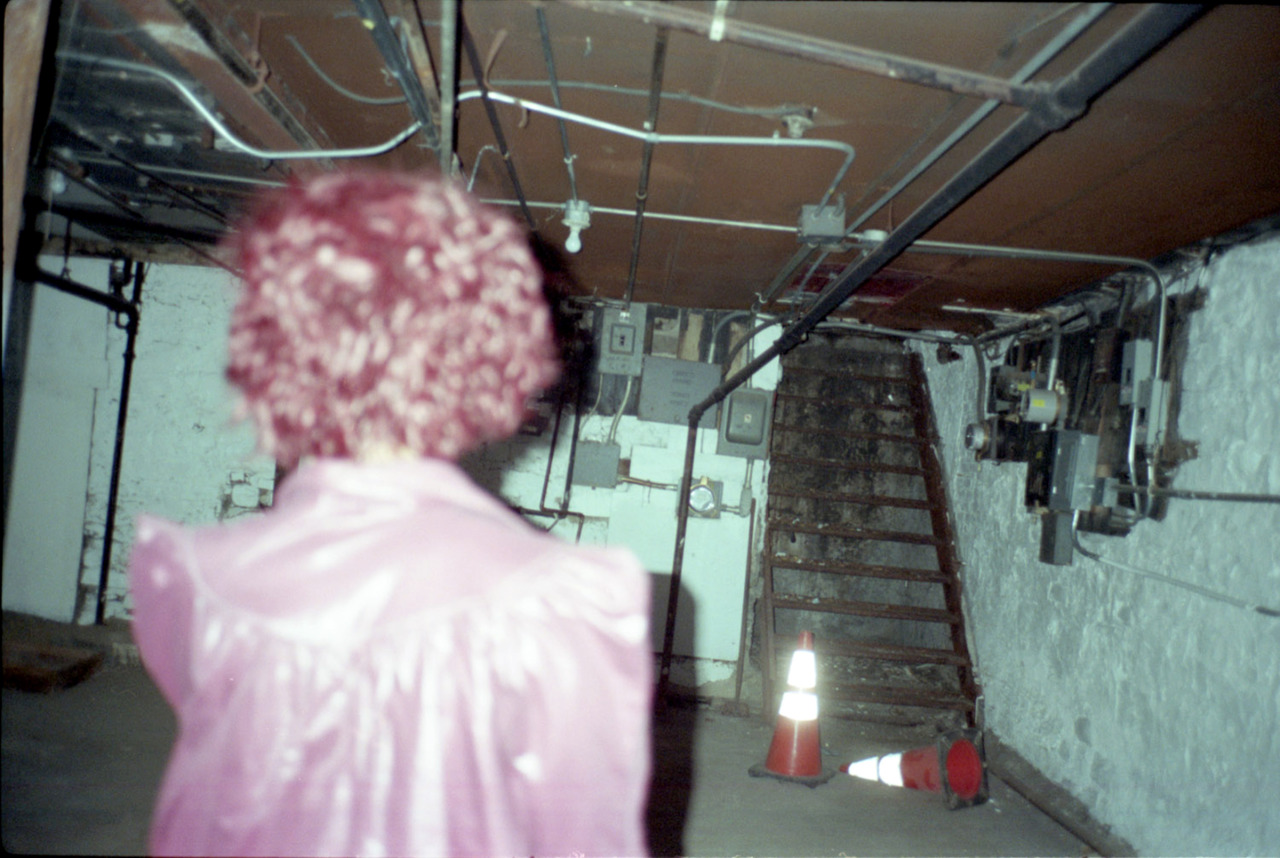 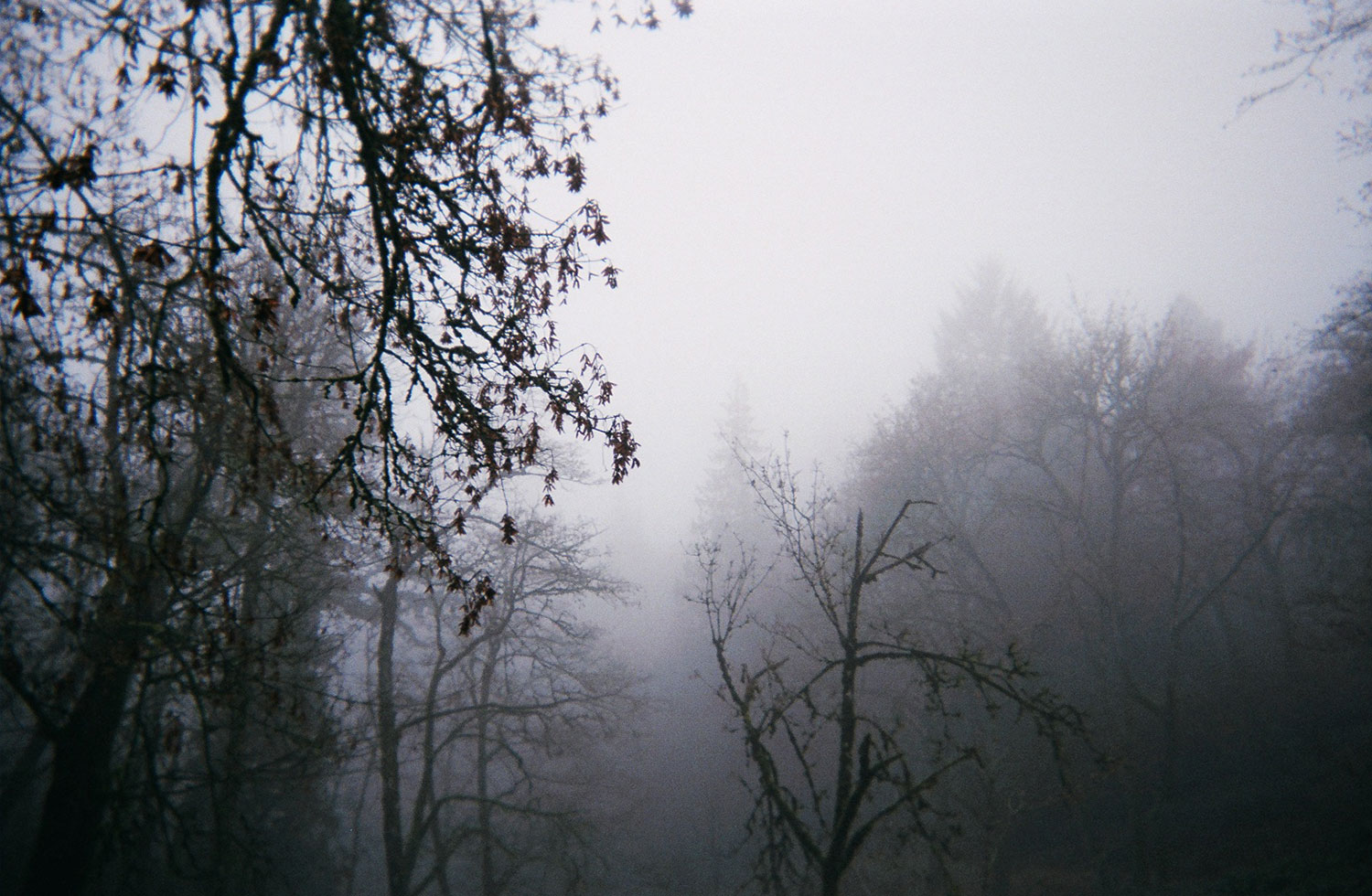 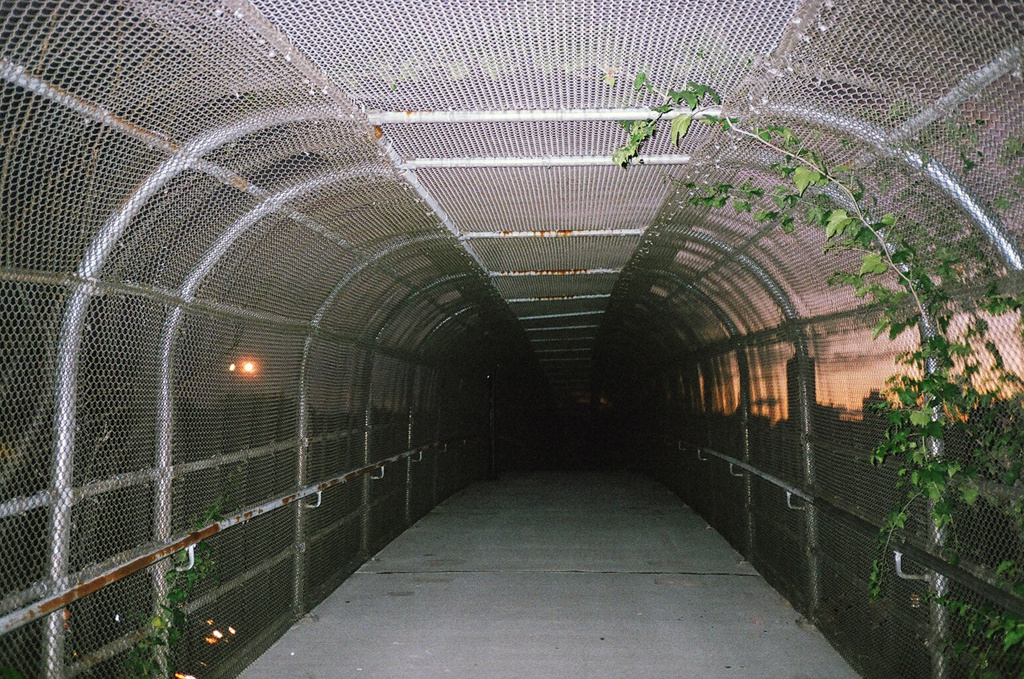 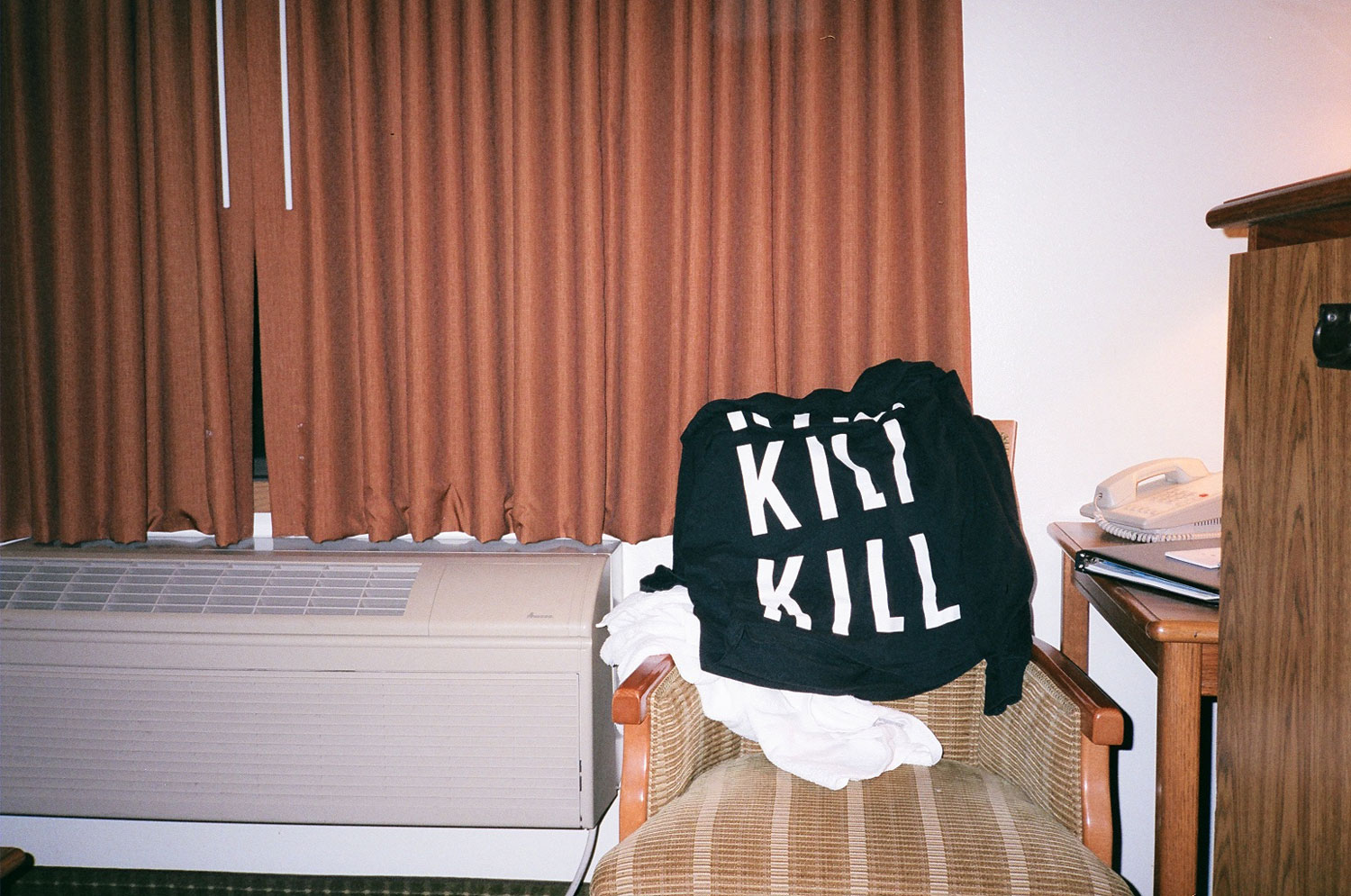 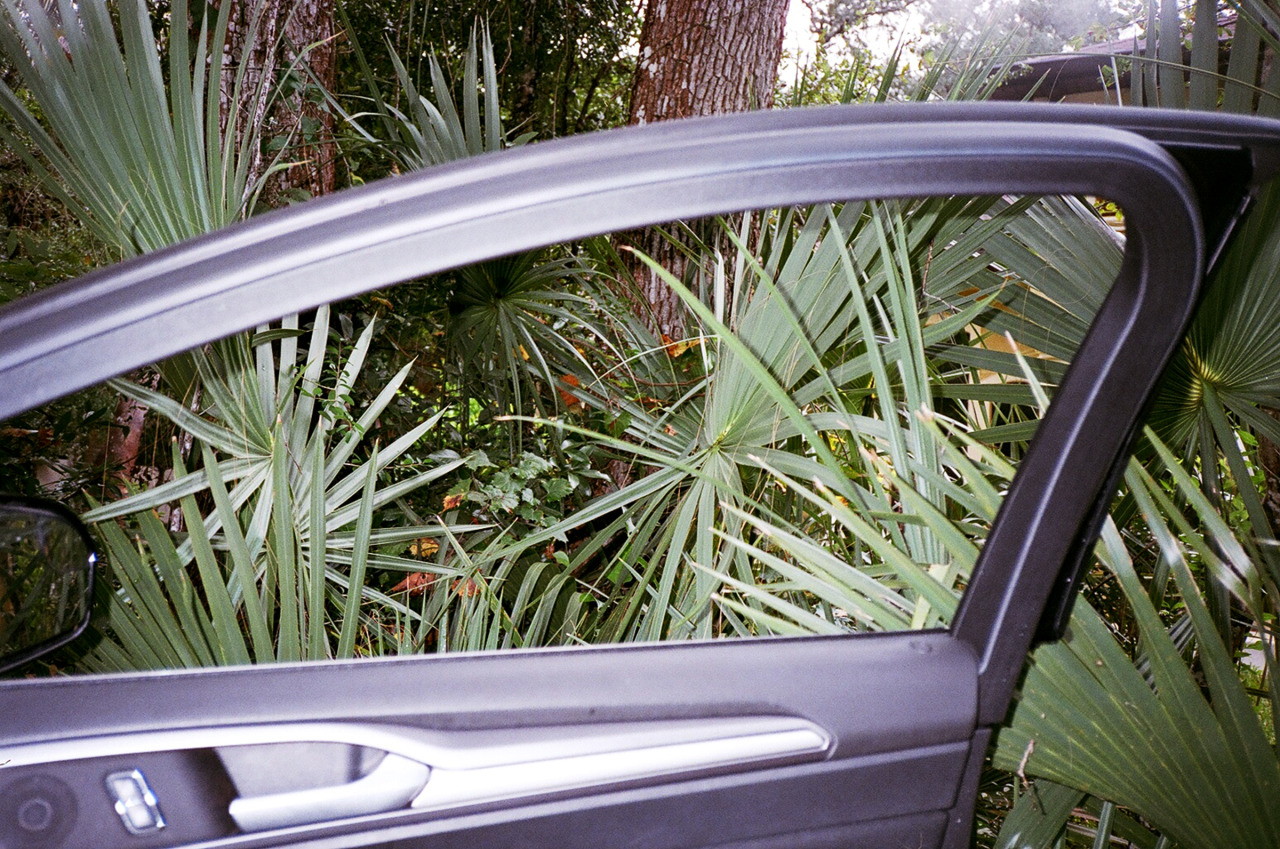 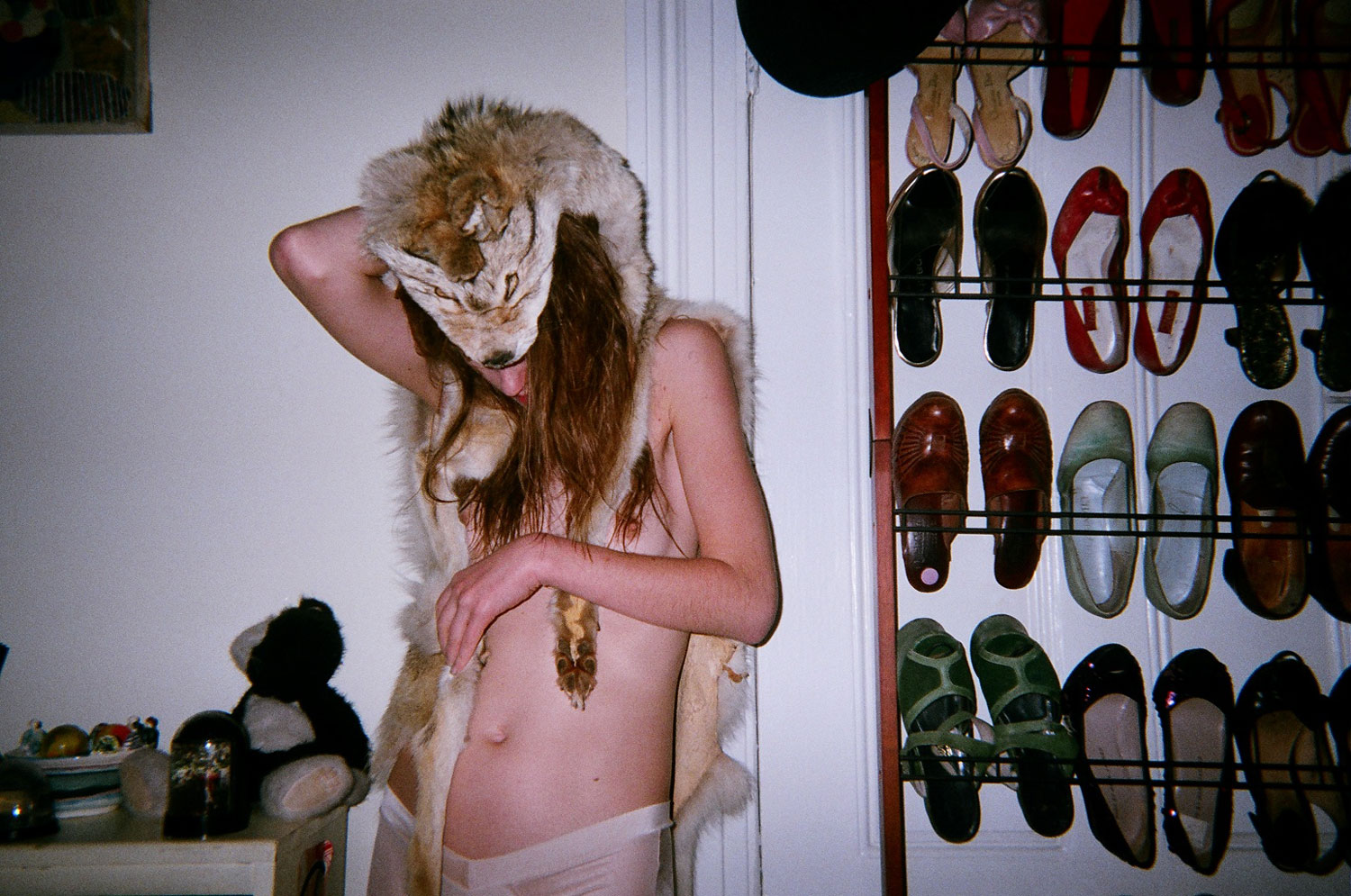 They are constructed, part of the symbiotic push and pull between image and text.

Visually, Kwiatkowski is mixing images as he did in his illustrated novel, And Everything Was Overcast. The photos in Eat, Prey, Drug have a variety of provenances: found, borrowed, staged and documentary. Many of the images Kwiatkowski took himself have the feel of a found image, of the perfect coincidence of time and place intrinsic to gems of amateur photography, but that may be just because they’re shot in subdivisions and the Midwest, in cheap motels, in cars and empty parking lots, places underrepresented in the economy of professional image-making. These images, like those in David Lachapelle’s The Americans, are not “real” in the way their aesthetics would lead you to believe. They are constructed, part of the symbiotic push and pull between image and text.

In landscape, Kwiatkowski favors a thick atmosphere: fog, sand in the wind. One image shows a boy somewhere in Wisconsin; he’s small within the large frame and dark against the background of white-grey smoke rising from the burning field behind him. Why is there a little boy in a burning field? The narrative offers no direct explanation, but merely folds it into the succession of seemingly normalized paranormal phenomenon.

EPD occupies the interstices between gothic horror and science fiction and exhibits a fascination with what modernity had supposedly left behind, the supernatural. But the supernatural of EPD is one alloyed by technology; Kwiatkowski’s mission, so it seems, is a representation of the ghost in the machine. The supernatural, however, eludes the illuminating but sterile devices of modern capture, especially photography. What’s left visible is the supernatural as a lifestyle, Kwiatkowski’s vision of spiritual America.

EXPLORE ALL PAUL KWIATKOWSKI ON ASX