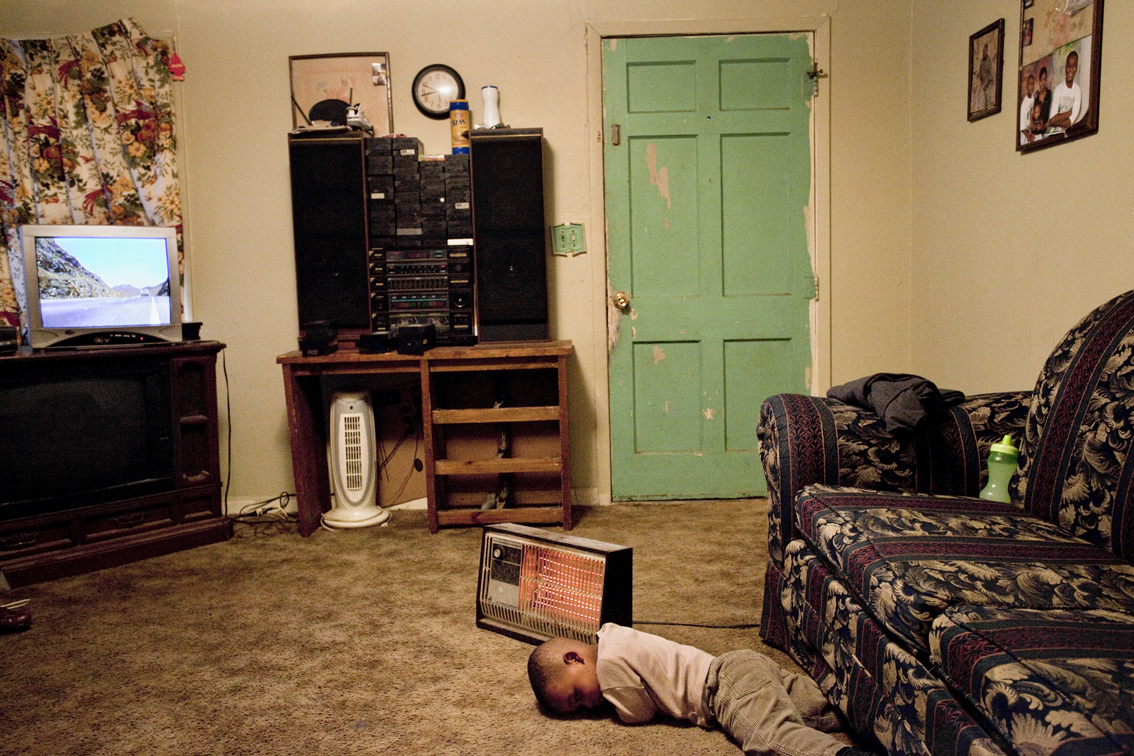 Is it the impoverished or is it the rich who will be a stranger’s benefactor?

Young Belgian photographer and Magnum Associate Bieke Depoorter’s “I Am About To Call It A Day” by Edition Patrick Frey is a poignant and lyrical study in vulnerability and contemporary documentary practice. As with her previous project in Russia, Depoorter’s body of work for this volume is a distinct study into national identity and interior spaces of domesticity.

Having travelled throughout the United States on eight different trips, Bieke left herself at the mercy of others for accommodation. Her project focuses on the vulnerable position of asking total strangers for a place to stay for the night. She proceeds to make images of the accepting parties in their homes. One would think that being a young foreign woman in a foreign land unusually fixated on the notion of otherness would be an episode in futility or an exercise in manufacturing potential personal traumas. Instead, we find a selection of Americans totally at ease with her procedural interest in describing their lives through an image of intimacy. The images themselves are somewhat quasi-formal studies of portraiture within the interior terrain of the American home.

Many of the images show family members in bedrooms adorned by graffiti on the walls or couples staring deadpan at the camera from worn chairs with Steven klein-esque wood paneled backgrounds channeled from the 70’s in all their faux-material glory. The most refreshing thing about this series is that the homes that Bieke finds herself in are not generally lavish or overly bourgeois, leading one to wonder at which social strata we can attempt to find generosity at. Is it the impoverished or is it the rich who will be a stranger’s benefactor? It becomes a strangely hermetic look into completely “normal” lives. The access of which is the strongest point of her work.

In theory, the work is something that does feel a bit familiar in Nan Goldin’s post “Ballad of Sexual Dependency” world. There is the urge to find commonality within each image rendered and only a few stand out as being something I haven’t seen before. For example, an image of toddler’s head resting on the floor precariously close to space heater with a loose protective grate or a woman lying in what appears to be a shallow grave in her backyard. The palette for which she chooses to emphasize her subjects is distinctly color and I sometimes can’t help but think of Alec Soth coupled with a 90’s penchant for cross processing E-6 film. The result of which is again, a familiar process of the intimate unknown. This is very new Magnum work and within that I think it is fair to say that it is overall it is a successful attempt to discuss nation, generosity, and her own vulnerability in performativity while working on the project.