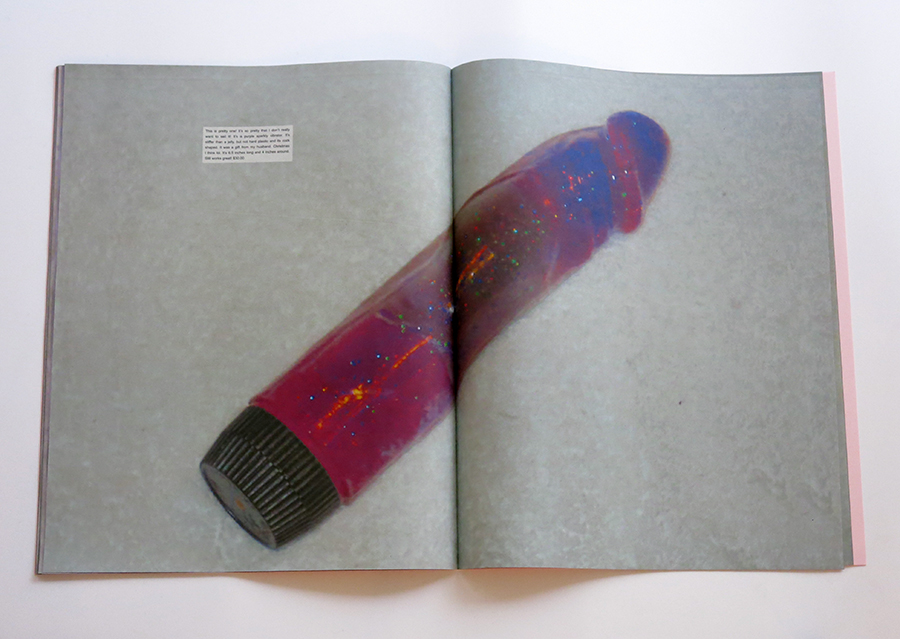 On the collective whole, the book is a fun and humorous look into our collective pre-occupation with sex, fan-hood, and Internet vernacular. It is reminiscent of Thomas Mailaender’s toilet humor with enough difference to intellectually engage on the same level of absurdity without being too close. It also shares that certain cache of rumination on the mediatized meta-transient collection of images on the Internet that we are under the constant observation of.