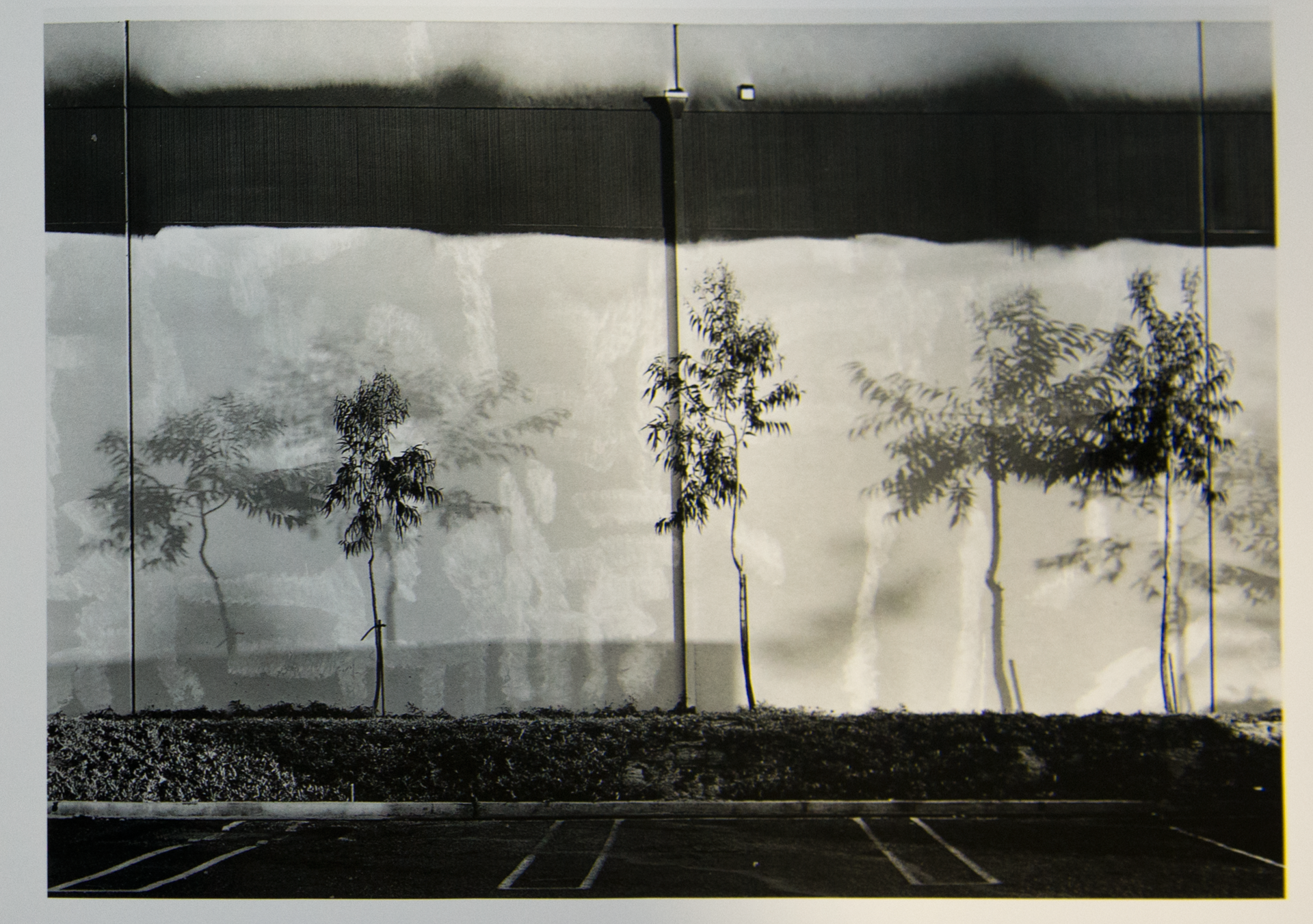 MR. BALTZ: You aspire to making something – at least at the time, I was aspiring to make something that was like a window.

MR. BALTZ: It seems my efforts have not been crowned with success.

MR. WITKOVSKY: Oh, no, no, on the contrary. Well, here is the example then. So then in 1975, this show comes around, “The New Topographics,” that William Jenkins curates for the George Eastman House in Rochester [NY], where your work is shown with that of Robert Adams, Frank Gohlke, Stephen Shore, Joe Deal, Henry Wessel, Jr., Nicholas Nixon, John Schott, and Hilla and Bernd Becher. It is a landmark show quite instantly. And there will be a lot to ask you about it.

Is it fair to say, just to summarize, that the work that is shown there is a bit different than the work you would have made five or six years earlier already? The look of, let’s say, the Industrial Parks – or do you feel that it was pretty much all in the same group, the Prototypes, the Tract Houses, the Industrial Parks.

MR. BALTZ: I don’t think it is the same group, but I think there is a continuity between the two bodies of work.

MR. BALTZ: I mean, it is an interesting show because there are some groupings – first, it was very useful to everybody, because no one knew what to call this stuff before. And once you have a name, even if it is an insulting name, like “Impressionism” was intended to be, it becomes something people, they can recognize, understand. But the “New Topographers” didn’t name themselves; they weren’t a group. We largely didn’t know each other.

MR. WITKOWSKY: That was going to be my very next question.

MR. BALTZ: I knew some of the work and some of the artists. When I went to New York for the first time – or was it the second time – I saw the Bechers at Sonnabend [Gallery, New York, NY], and I was astonished, and I loved the work. MoMA had a two-person show of Robert Adams and – what is the guy’s name now – anyway, it doesn’t matter – Emmet Gowin.

MR. BALTZ: What struck me as one of the most opposite pairings you could find. But when I saw Robert Adams’s work, I was just delighted, mostly because I really hadn’t encountered anyone who was working on problems similar to my own. And I was beginning to worry if I was like some kind of like solitary maniac, a minority of one.

You know, in both cases, it was extraordinary work, very good work. I met Joe Deal, also a good artist, at Eastman House.

MR. WITKOWSKY: Before the exhibition, or when it opened?

MR. BALTZ: No, before the exhibition. He was doing his Alternative Service [alternative military service for conscientious objectors].

MR. WITKOWSKY: But Bob Adams said you looked him up after seeing that show at MoMA? Had you sought him out, because that is a few years before, I think – 1971 or maybe ’72?

MR. BALTZ: Yeah, it was in ’71 or ’72. I think his book came out then, The New West, [Boulder, CO: Colorado Associated University Press, 1974; New York: Aperture, 2008, 3rd ed.], which I bought. I was very impressed with it. And I was – at that time, it must have been pretty early on, because I was teaching a course at Cal Arts [California Institute of the Arts, Valencia, CA] and at Pomona [College, Claremont, CA]. He was traveling more then, so it was like early on. And I invited him to come out and talk to my students.

MR. WITKOWSKY: Did he bring prints, or did you show him your prints then? Or did you already know enough of each other’s work?

MR. BALTZ: You know, I really can’t remember. I recommended him to a gallery in Southern California that was looking for something. The Bechers I never met until 1975 or ’76.

MR. WITKOWSKY: During or after the show. And the others, Henry Wessel, Jr., or Stephen Shore?

MR. BALTZ: Hank I didn’t know as well as I know now, but we are sort of competitors, which is interesting because we both had a lot of visibility very young. He later became and remains one of my very closest friends. He is a remarkable artist and as remarkable person.

MR. WITKOWSKY: Sorry, I should say, just to get on record. Obviously, “The New Topographics,” it was a breakthrough show, but it was by no means your first show. You had had the “Crowded Vacancy: Three Los Angeles Photographers.” Pasadena Museum of Art (now Norton Simon Museum,), Pasadena, CA, June 29 – September 5, 1971] at the Pasadena Museum, is that right, with Terry Wild and –

MR. WITKOWSKY: And Anthony Hernandez, 1971, I think. And then the three-photographer show with DeLapa [ph] – I can’t remember his name – three photographers is like –

MR. BALTZ: That wasn’t that early.

MR. WITKOWSKY: Oh, that wasn’t that early? Okay. So what were the other shows, if you can remember offhand? I mean, the ones that stand out.

MR. BALTZ: I would have to go through the long-form CV. I mean, the Paris Biennale, in 1975. What else was important? A show here, an inclusion in a show – and I have to look it up. I have no idea why or how, but at the Musee d’Art Moderne, Galerie Magers in Bonn [Germany].

MR. BALTZ: Yeah, I was really – [laughs] – nature was trying to tell me something.

MR. WITKOWSKY: But, okay, to get back to “The New Topographics,” I wanted to ask you more detail, if the sensation we have of this show –

So was there an opening? Did you go to it? I guess not.

MR. WITKOWSKY: Ah, in Princeton also. That is right.

MR. BALTZ: [Princeton] University Art Museum. They took it as a summer show. But that was as close as they got within shooting distance of New York.

MR. WITKOWSKY: But by the time – yeah, exactly. It didn’t make it to New York. But by the time it made it to Princeton, did you have the sense that, oh, this is a big deal, this show? Or was that –

MR. BALTZ: By the time it made it to Princeton, I was having dinner in Sausalito [CA] with a guy I used to know much better than I do now, named Renato Danese, who was at the National Endowment [for the Arts, Washington, DC]. And he asked me very seriously, “How do you plan to deal with the backlash against ‘New Topographics’?”

MR. BALTZ: I said, “Not only is this – there hasn’t even been a frontlash yet.”

MR. WITKOWSKY: Really? So no sense, no sense. And yet–

MR. BALTZ: There was one serious review that I know of, Carter Ratcliff in Art in America. I don’t think it was reviewed anyplace else. And I assumed it just sort of sank into obscurity, but it didn’t. Maybe it will now that it has come back.

MR. BALTZ: You have to allow at least for the possibility that there is a very bad idea.

MR. WITKOWSKY: What is?

MR. BALTZ: To remake the show. I mean, maybe it is better in mythology than it really is. Most things are.

EXPLORE ALL LEWIS BALTZ ON ASX