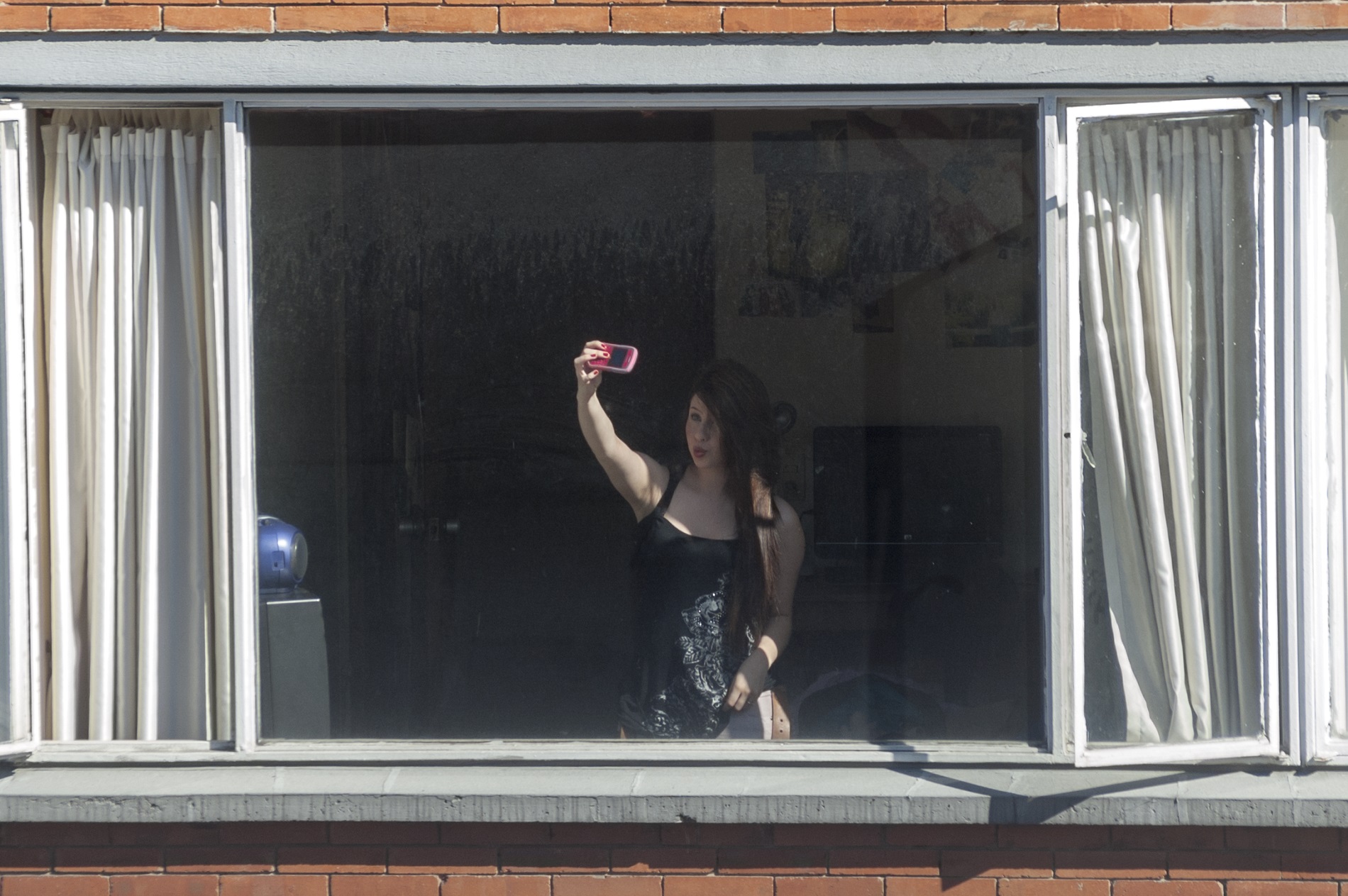 By Fanny Landstrom for ASX, June 2014

This time, the attention is drawn to Colombia’s capital Bogota. The current POV Female edition features artists Ana María Ruiz, Estefanía González, Guadalupe Ruiz, Joana Toro, and Karen Paulina Biswell. Launched by Damien Poulain, published by Oodee Publishing House in London, and supported by Invest in Bogota. POV stands for Point of View and has previously featured artists from London (2011), Tokyo (2012), and Johannesburg (2013). Now, Bogota (2014), and coming up next, New York (2015). The aim with the initiative is to, ”confront us with questions of gender, geography and gaze”.

Cars match the houses match the owners match the culture in general? What begun as a curious observation led to a, maybe un-intentional, pattern making. In the introductory text to Ana María Ruiz work TODO SE PARECE A SU DUENO we can read that she happened to see a car that had the exact same beige colour as the house it was parked in front of, which, subsequently, led her to, “find similarities everywhere; in the models of the cars, the styles of the houses, the color combination and palettes, the fences, the roofs, the wheels, etc.”

All photographs but the last one are landscapes. It is a visually coherent set of images – tied together by subject matter and content. Warn facades, dusty cars, and the color palette of Bogota. The cars are related to the houses through colour, form, and/or style. Sometimes the connections are ’in your face’ and obvious – others more subtle and far fetched. One photograph is bleak and maybe even slightly overexposed. That doesn’t matter. The connection between the cracked roof on its way to go bust and the rusty buckled car is the impression that lasts. It makes me smile.

Naturally this runs parallel to dogs and their owners – we tend to choose dogs that somewhat correspond to our own looks or manner. Or perhaps we also blend and adapt, become more similar with time. Ruiz finishes her text with, “These common characteristics between cars and houses made me wonder not only about their owner, but also about the way these objects develop a resemblance over time, and how all these qualities respond to intrinsic and unconscious cultural aspects”. Perhaps obvious, but regardless, an interesting thought to reflect over. It’s interesting to consider what our material choices says about ourselves and our social, geographical, and cultural belonging. There’s no scientific truth in the connections made and what they possibly could imply but the photographs and idea are intriguing and amusing.

Estefanía Gonzáles is shamelessly spying on her neighbors and leaking their most private life to the public via her contribution to the edition, VENTANAS. She is letting us sneek peek into her neighbors windows just as she has done for two and a half years time. VENTANAS consists of fifty-two photographs of Gonzáles’ neighbours taken from her window on the opposite side of a eighteen floors building with windows directly facing her. Constructed to allow direct insight into each other lives. Some people are occurring more than once – stuck with domestic chores, having a quiet coffee on the balcony, or expressionlessly gazing out the window. One man is casually sitting by his kitchen table with a balaklava on his head, a girl is repeatedly posing whilst taking selfies in the light from the window, and a fully bearded gentleman is polishing his windows. Naked. The images are laid out so that four images on each page creating the same grid like structure as the windows of this high building. Every third page, every twelfth image, is a singular full bleed on a whole page.

“With this project I tried to understand the desire of people to be socially recognized, by putting your intimate life evident through devices like the Facebook, while the fear of being caught watching the lives of others, be found in their everydayness ‘unfiltered’”, writes Gonzáles in the outro to the book. And yes, that is true of course. But maybe the difference between spying on your ex or your friend’s past lovers on social media platforms such as Facebook, and spying on complete strangers in their homes without them knowing it, is that on Facebook we (to a certain extent) choose what we want people to believe is representative of ourselves. For the most part, I am in control of what’s uploaded to my feed and whom I allow seeing that content. Watching people without invitation and without them knowing it ‘unfiltered’, or IRL, is different. It’s common knowledge that is to be done in secrecy. It’s somewhat forbidden. Shameful even. So even though we are used to be exposed to people’s private lives uploaded to the world wide web – we’re still not comfortable to be indulging in it outside of that. It’s too personal. Too real perhaps. And possibly the only privacy we’ve got left outside or created online personas and CCTV monitored lives. 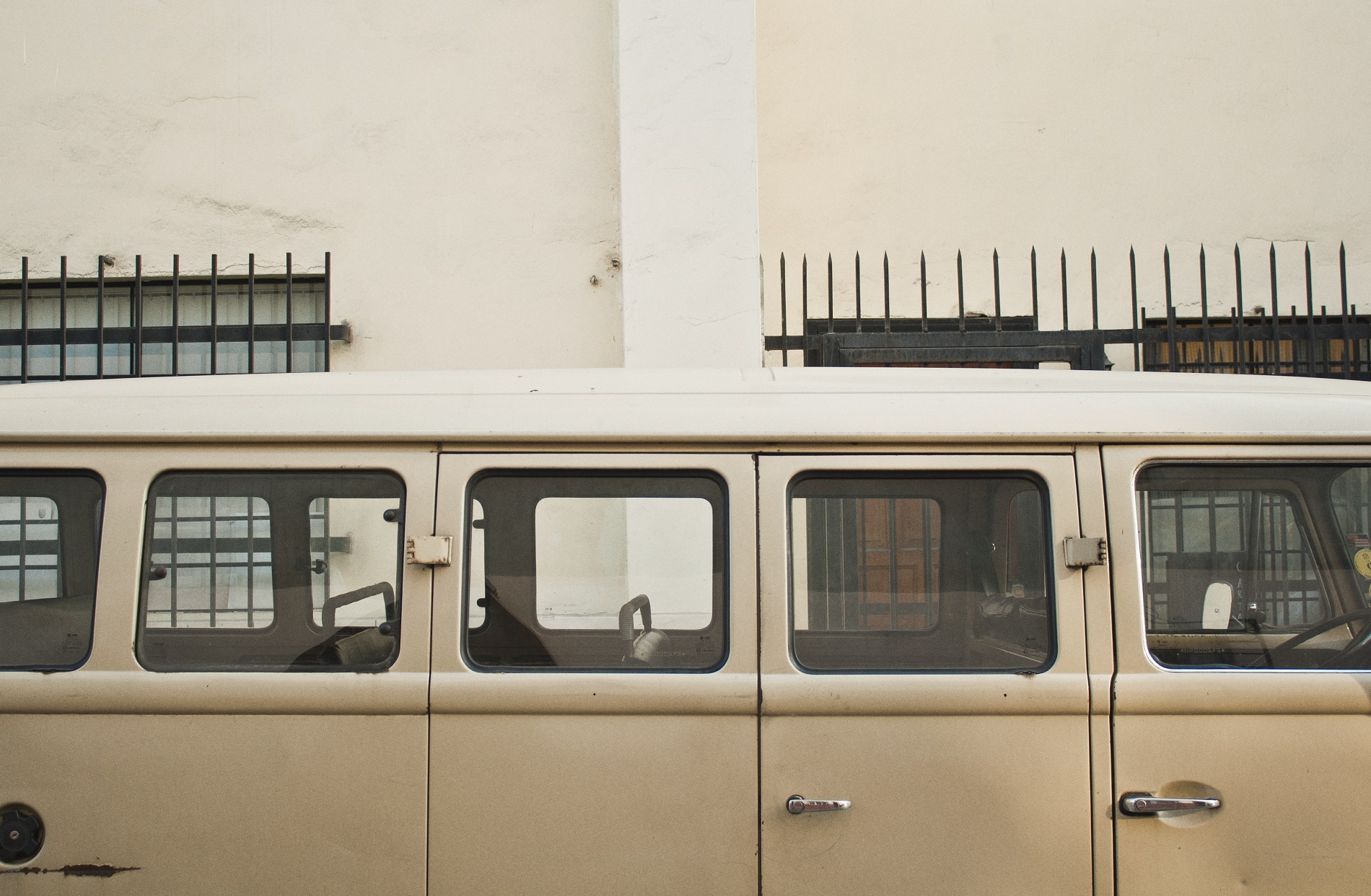 I also think of what she has chosen to show us. That she is the director of how their’ lives are presented. There’s something that is exciting about looking ‘without permission’. She is capturing these people’s everyday life, the most banal, and turning it in to total absurdity. It’s a bit scary. Questionable. And often funny. Gonzales is creating these characters from instant moments of their lives – she is editing their timeline. It’s a bit uncomfortable, but for a curious person, very inviting.

NADA S ETERNO by Guadalupe Ruiz is concerned with the representation of family. Especially the important role that the family, in general, plays in Latin America. The stereotypes and traditional constellations during different stages throughout life. She uses her family to represent these ’characters’. She captures them sometimes as vulnerable and fragile at home while getting ready to leave that safe space and when all dressed up and prepared to represent themselves in the outside world. She captures moments of interaction, and portrays relationships within the family. If they are momentary re-creations, is hard to tell. Technically, Ruiz photographs are the most advanced. Crisp, clear, with perfect color casts. The square format of the photographs in combination with their high quality indicates that they are taken with a medium or large format camera which further enhance the feeling of that these are beautifully crafted scenes of domestic situations rather than instantaneous snaps.

Eventough it seems as if some of the images intend to convey sad and private moments – moments that perhaps should evoke some emotional response – they feel strangely detached. These frozen scenes feels distant. The unusal posing and positioning of bodies within the frame seems… unreal. Some of them are really funny which might not be intentional.
“San Martin, Meta is a town located in the middle of Colombia’s eastern plains. Each year since the 18th century San martin’s people have staged an elaborate event that symbolizes the origin of the Latin American peoples as forged in war and conquest” is the introductory sentences of Joana Toro’s MASKED. MASKED consists of sixteen photographs. Nine portraits of men wearing elaborate animal costumes, six of the procedure and preparation before the festivities begin, and one odd photograph of two men on a red Vespa holding a zebra on a leash.

The Festival de Cuadrillas (Festival of Troops) features a performance where the men are re-enacting the troops and are meant to represent Spanish, Arabian, Indian, and African soldiers in the battles between them. Toro is portraying the African troops. Hence the garments, accessories, and decorations made out of shells, feathers, fur, skin, tusks, and bones.

This project is a much more traditional photo documentary work than the previous ones. The portraits are conventionally made too. The forward-facing men with their sensational attire positioned one by one in front of the same white wall. Other photographs documenting the stages before the full gear is on are having a ‘behind the scenes’ feel to them. All visually arresting and organized with one portrait on each page or a documentary landscape one taking up a whole spread alone.

This regional celebration and tradition is colourful and photogenic, reminding us of Latin America’s heritage and lively history of battles, colonization, and slavery.

The thick, deep green, rainforest. Clothes hanging on a line with a backdrop of misty mountains. Karen Paulina Biswell lures us into her series EMBERA-CHAMIS ¡CHAO, NOS VEMOS!. Next photo, a young woman standing in the midst of this landscape of natural beauty. Then, in someone’s home, a coffin and a dead baby. The funeral. A woman begging in the lights of the city by night.

The square portraits transition into ’snaps’ of the very young looking girls smoking and drinking in bars. Begging on the streets by day. Working the nights. Dancing. More drinking. Posing with men looking pleased and satisfied with what they might get their hands on.

Biswell’s project is about the indigenous groups of Embera Indians living in the city of Bogota. The heritage, the struggle, the resistance to give up culture and traditions. With an emphasis on strong visual narrative, no text is accompanying the images. It’s not needed. These images are conveying the metamorphosis of past and present. Of minority and majority. Vulnerability. Deprivation. Alienation.

Just as with previous editions, it’s interesting trying to make out what might be distinctive to this edition, and if and how that is related to culture and geographical location. Naiviety is the first word that pops up in my head when thinking of what makes these books somewhat related to each other. Not in any patronizing or belittling sense. Absolutely not. But all the projects mediate a curiosity felt by the creator. And they are not cynical at all. Exploring different aspects related to geography, history, and a concern or interest in the coming. Consumption in correspondence to culture, representation and privacy in the digital age, family relations and shifts in traditions, race, origin, and remembrance, as well as social hierarchy and alienation. The projects are direct. The concepts or ideas executed without unnecessary fuss or complication. POV Female Bogota are yet another nice contribution to a very interesting and important initiative.