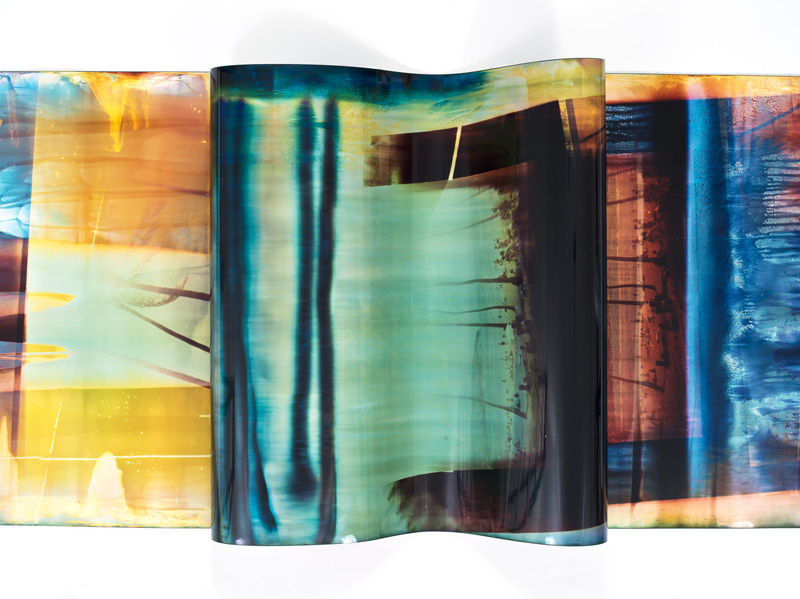 THE DREAM OF THE FUTURE

Recently, I’ve been fascinated with a book I found at the New York Public Library. A Dictionary of Photography, printed in 1867, is something of a relic. Complete with heavy-serif typeface, illustrations of box cameras, bulky wooden tripods, and formulas for particular chemistry, it feels like a manual from another world, documenting a new and undemocratic medium for an aristocracy of mustached men in top hats and three-piece suits.

Nonetheless, a particular entry struck me:

HELIOCHROMY. – A name given to the process of making photographs in natural colors, as yet a long way from perfect. As far back as 1848 naturally colored photographs were obtained. But these are however, fleeting, and fade away instantly the pictures are exposed to bright light. Many clever and persevering experimentalists have endeavored to perfect a process by which a lasting image could be formed precisely the same color to the image formed by the lens upon the ground glass screen of the camera… Another serious difficulty confronts the experimenter. These colored images obtained, how can they be fixed? As yet no method has been discovered, and heliochromy, or photography in natural colors, still remains the dream of the future.

Now 166 years later, color photography is not novel, but standard. We have made huge technological advancements in cameras, films, and digital photography. The medium has become available to the mass market. We have tripods and cameras made out of carbon fiber, we have pre-mixed chemicals, machines to develop film and print photographs, an abundance of digital tools and frankly, we don’t even need to get our hands wet anymore. Indeed, one would think we have come a long way, but wait…actually we still seem to be grappling with the fundamental question of what defines photography?

The current exhibition at ICP What is a Photograph, curated by Carol Squires has provoked some strong feelings in the press. Words like gimmicky, sloppy, ugly, boring, kitschy, irrelevant and simplistic were thrown around by some critics in a surprisingly petty and disrespectful manner. It came across as reactionary and rather narrowminded. For those of us who like to contemplate the medium, this exhibition may not give answers for the question it toys with, but it dramatically broadens our perspective. What could be more fruitful?

The aforementioned “heliochromy” importantly calls photography a medium of experimentation and discovery. Both key words, which capture the spirit of the medium. Whether you use a camera to make images, (what film, what camera, what paper, what filter, what lights) or you manipulate photographic paper (what paper, which tools, which chemicals) to create abstract and un-conventional photographs, you are still held to the exploratory nature of the medium. 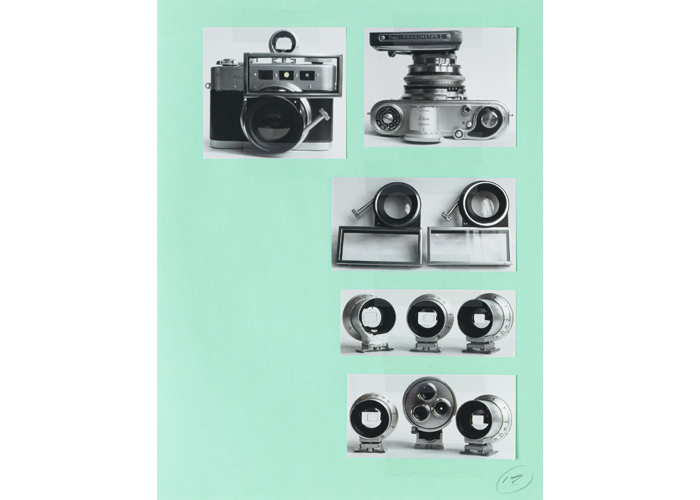 The ICP exhibition comes at a time when experimentation is again in vogue. For it is not only this exhibition, but numerous recent New York shows, that have embraced new and old embraces of abstraction: Harry Callahan’s abstract, experimental prints from the 1950s and ‘60s on view at Pace MacGill, Julie Cockburn’s crocheting over vintage photographs at Yossi Milo, and this year Aperture republished Lyle Rexer’s much sought after book, The Edge of Vision: The Rise of Abstraction in Photography. One of the only that gives a broad history of experimental photography.

There is no doubt that the abundance of imagery as a result of the digital revolution has created a great deal of flux within the medium. Some photographers are inspired by new digital tools, while others are mining the past for inspiration, and choosing to get their hands wet again. If we take into consideration the strong reactions to the show, it is very clear that photography is becoming more egalitarian and the various contemporary shifts in the medium are causing a bottleneck in the dialog.

On one side of the spectrum there is ‘classical photography’ an image on a surface, taken by a camera. When we view it, we see a window onto a version of reality and fact. For this we have a history, a context, theories and vocabulary to talk about it, write about it and think about it.

On the other side of the spectrum we have a piece of photographic paper that has been folded, scratched and burned with a welding torch. We look at it, and we see surface, color and texture, it is self reflective, and leads us to consider the medium itself. Or we have a digital collage made with a scanner, on a computer, and printed digitally. Contemporary dialog such as process, surface, materiality, perception, experimentation, analog, digital, sculpture, construction and Photoshop are all considered in the exhibition. What is a Photograph is one look at this broadening spectrum –one of many– Rexer’s book is another. It is a new path through complex territory, which requires another vocabulary and another thought process, not yet established. We can’t go to Barthes, Sontag or Benjamin to find answers or create a dialog. And critics who characterize the work as ‘boring’ ‘ugly’ or ‘unoriginal’ are not helping to advance our thinking.

Some critics seemed to have been more interested in an exhibition looking to the future of experimental photography, rather than at its history, but we need to contextualize this alternative past before we can look to the future. In 1867 the dream of the future was to find a way to fix color images. What could be the dream of the future for photography in the 21st century? Wouldn’t it be exciting if we could get away from compartmented definitions of the medium and attend an exhibition that would have a Robert Capa photograph next to a Travess Smalley, and we fully embrace the magical multi-faceted explanation of what a photograph is, or could be.