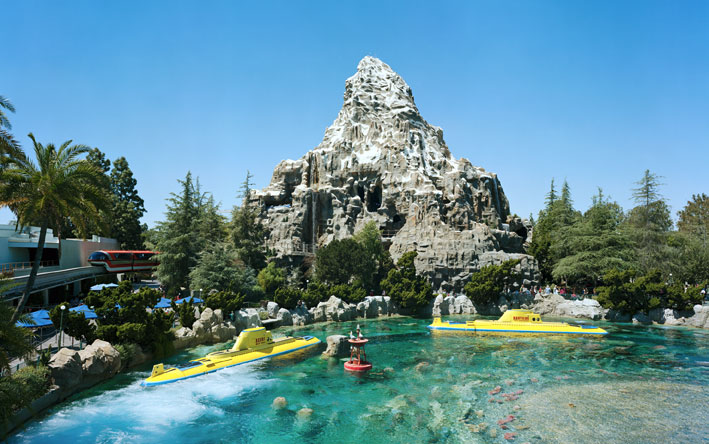 By Lauren Weinberg for ASX, February 2014

“How should we judge what we see?” It’s a question posed to dramatic effect by a series of mostly large-scale photographs created by the iconic 59 year-old German photographer Thomas Struth, now on view at the Marian Goodman Gallery in mid-town Manhattan. Struth, who studied in the 1970s under the painter Gerhard Richter and the pioneering photography duo Bernd and Hilla Becher at the Kustakademie Dusseldorf, is most often associated with other post-conceptual members of the Dusseldorf school of photographers, namely Candida Hofer, Andreas Gursky, and Thomas Ruff. The Bechers helped close the gap between photography and contemporary art with their sharp, stark yet poignant depictions of industrial landscapes, and their influence is perceived in Struth’s own photographic meditations.

Famed for his urban landscapes, jungle scenes, and architectural interiors, as well as his family portraits—including one of Queen Elizabeth II and Prince Philip for her Diamond Jubilee—Struth’s penetrating gaze has recently turned toward those techno-scientific spaces reserved for enterprise and invention with a series of digital photographs taken of a research facility at Georgia Tech, a medical lab in Berlin, and a mechanical blow-out preventer in North Dakota. These are the behemoths of scientific and technological grandeur Struth has been drawn to of late, complex, intricately-detailed structures lacking any signs of life—quite unlike his scenes of high-density crowds gathered within museums and cathedrals. “I wanted to continue with the science and technology photos, which I had been working on four years ago, but I didn’t want to have a show that was completely that subject matter,” says Struth, whose large-format technological photos are interspersed with a graffitied alleyway in St. Petersburg, Russia, and a supersized depiction of a South Korean cityscape. Despite any semblance of human existence within these images, there is something personal and intimate, yet eerie and unsettling all the same, such as “Blowout Preventer, Mountrail County, North Dakota,” in which the central maze of pipes and fittings resemble nothing less than an Aztec high priest at the sacrificial altar or Oz the Great and Powerful. 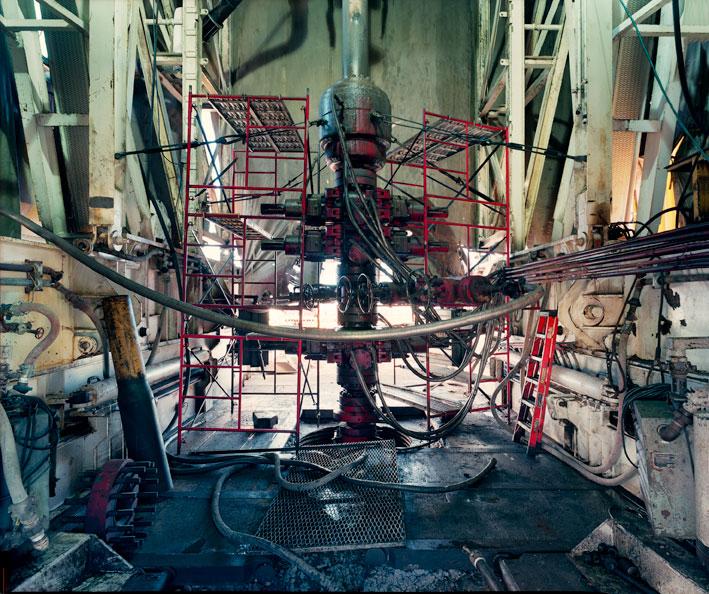 The show’s main attraction is Struth’s second group of photographs: panoramic and often phantasmagorical views of Disneyland’s theme parks in Los Angeles with one major modification: known for long lines and the psychology of crowd control the photographs are completely devoid of people. Struth first went to Anaheim, California in 2009 to, as he states, “test its potential for a new body of work.” In early 2013 he returned to photograph the artificial landscapes inspired in part by a 2008 article published in the German newspaper FAZ in which journalist Katja Eichinger examined changing perspectives and readings of Disneyland since its founding in 1955, ideas that fascinated Struth on multiple levels, most importantly perhaps the ambiguity that lies between what’s real and what’s imagined, as well as the evolution of our notions of fantasy. As Eichinger stressed in her article for FAZ Disneyland was conceived from images and memories Walt Disney had encountered during trips to Europe and yet there is a surreal quality to the Park’s Matterhorn, for example, that is more fantasy than realistic depiction. Again, the photos are devoid of human or animal life (only vegetative existence is evident in the show’s smallest image entitled “Crack”).

The two groups of images presented within the walls of the Marian Goodman gallery space—one of science and industry, the other of dreams and fantasy—are united under the banner of what one might call human imagination. In Struth’s world view “they represent different aspects and categories in the dynamic of our identity construction,” he says. “My goal is to talk about imagination and the ambiguity of what you’re looking at.” The German expression “sich etwas ausmalen”—to paint something in one’s mind—is at the heart of Struth’s investigation: an examination of the way that figments of our imagination come to fruition in the real world.

After the crowds have dispersed and the lights have gone down what remains is a stillness and a contemplative curiosity of that which is left behind.

Lauren Weinberg is a native of New York City who received her PhD in 2013 from the University of Cambridge, England in photographic art history.