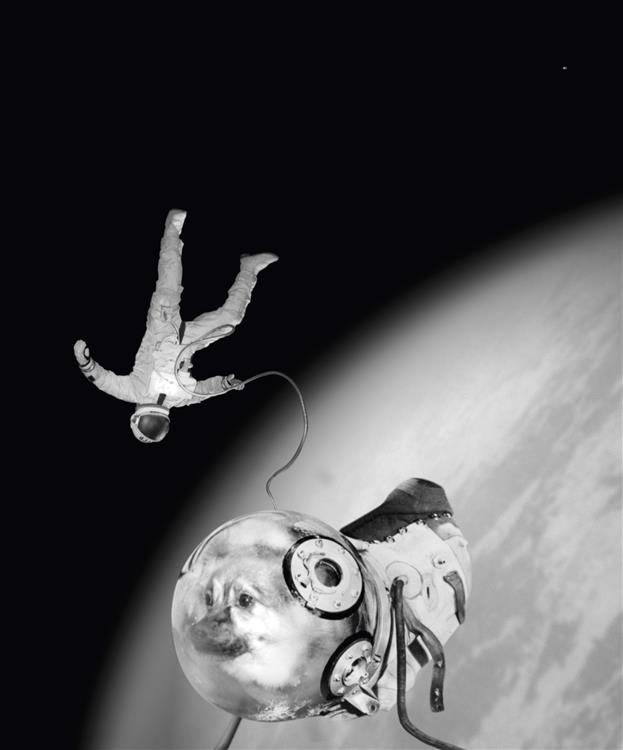 Though Catalan photographer Joan Fontcuberta (b. 1955, Barcelona) is far from a household name, his receipt of the 2013 Hasselblad Award seems more than fitting. Following the success of Massimiliano Gioni’s Encylopedic Palace, Rosemarie Trockel: A Cosmos, and a resurgence of interest in the cabinet of curiosity, Fontcuberta’s explorations of scientific display and photography seem even fresher. Over the past few decades, Fontcuberta has produced an extensive body of work that confuses fact with fiction and subjects with their photographic representation.

Collected here as a series of easily classified projects, The Photography of Nature / The Nature of Photography (Mack, 2013) disguises itself within a beautifully embossed, suede-like cover as a scientific journal or a nature guide. Each series is heavily accompanied by often dense text, purporting to be authored by unknown astronomers, botanists, and personae of the artist himself. These texts, peppered with Latin names, historical anecdotes, and observations from the field, solidify the illusion of science and create the necessary framework for examining Fontcuberta’s work. It is only until the book is flipped over—to reveal critical essays and commentary—that the artist’s practice is revealed.

Fontcuberta’s subjects are difficult to discern, shifting with their contexts. At first, each photograph seems to be an illustration to an undated science textbook: a diagram of something undisclosed. But after another glance and closer reading of the accompanying captions, the uncanniness of these photos emerges. Documenting snakes with six pairs of legs, a Soviet cosmo-dog, and delicately arranged mermaid skeletons, Fontcuberta’s photos slowly start to unravel the language and the presentation of truth in which they are nested. The viewer slowly becomes aware of the artist’s process of assemblage, digital rendering, and visual deceit and doesn’t know what to believe or who to discredit. Is the artist a liar, or am I just extremely gullible? His work gains potency from inviting us in, only to pull the rug out from under our feet.

Some of Fontcuberta’s projects are more successfully engrossing than others. Herbarium (1984) depicts a collection of sexually charged and delicately composed botanical specimens. Accompanied by a narrative by the fictional Dr. Hortensio Verdeprado—in which he recounts his failed pilgrimage to a Honduran herbarium to see the flowering of a putrescent “corpse flower” (Amorphophallus titanum)—Fontcuberta’s illustrations slowly reveal themselves as composites of actual plants, feathers, and paper, among other materials. The specimens are seductive and graceful, and the photographs subvert a centuries-long history of scientific illustrations and diagrams. Fontcuberta’s ability to manipulate this aesthetic so tactfully questions our own abilities to discern fact from fiction and undercuts the visual thrill induced by the appearance of knowledge.

Equally blissful are Fontcuberta’s Constellations (1993), high-contrast cropped views of bugs smeared across windshields, photographically transformed into cosmic patterns. Purportedly produced by an artist-turned-amateur astronomer as a recreation of an eighteenth-century guide to the stars, these photographs most clearly show Fontcuberta’s skill at reimagining the everyday as a subject for scientific and personal inquiry. However, some of Fontcuberta’s series don’t hold the same weight and get lost in the wordiness and particularity of their contexts. His Sputnik series (1997) already feels astonishingly dated, and his faux investigation into the “Mermaids of Digne” (2000) is too long-winded with little visual stimulation to match. Compared with the more overtly sexual and political practices of the American Pictures Generation artists, Fontcuberta’s work can feel dry and impersonal, and that is likely why his work has been shown very little in the United States.

The experience of reading The Photography of Nature is much like flipping through an issue of National Geographic or scrolling through an online article to examine the infographics. The subject becomes less important than its presentation—the illusion of truth. Fontcuberta’s exhibitions often take the form of natural history installations, and it seems impossible to examine his work without this initial deception and confusion, and MACK’s catalogue does a fantastic job at miming this trickery, matching Fontcuberta’s photographs with additional visual documentation. With current debates around digital authorship and authority, it seems even more important to examine the ways in which Fontcuberta’s work is and is not acting as both science and photography.