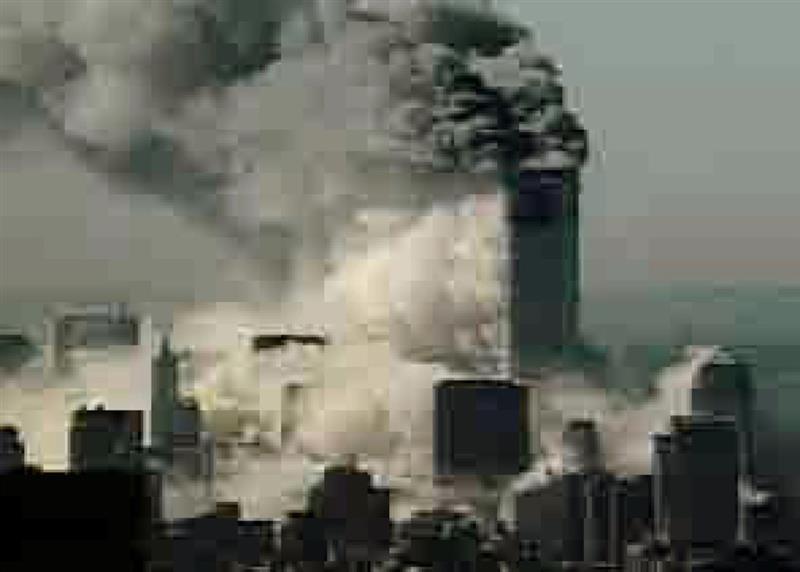 Ruff has done a great deal to introduce into photographic art what we might call an ‘art of the pixel’, allowing us to contemplate at an aesthetic and philosophical level the basic condition of the electronic image.

By David Campany, originally published in IANN magazine No.2, 2008

The photographic art of Thomas Ruff makes very particular demands of us and offers very particular kinds of pleasure, both aesthetic and intellectual. His work seems cold and dispassionate, willful, searching and perverse but at times surprisingly beautiful. Whether he is working with found photographs or shooting his own, the results are similar. He makes images that are at once familiar clichés and estranged visions of our collective photographic order. Ruff’s art dramatises photography for us as an image form that is always as public as it is private, and as anonymous as it is personal. The viewer may find themselves switching between thinking about the particular image they see before them and contemplating the state of ‘all photography’ in its terrifying and sublime totality.

Indeed what is particular about Ruff’s work is its potent ability to solicit individual and global responses that cannot be entirely reconciled. His images seem to belong to everybody and nobody and as a result we are neither free to look just as individuals nor to respond ‘collectively’ either. For obvious reasons I will try to leave aside your personal response and concentrate on what we might call the public or collective context.

Found images and archives have been of interest to vanguard artists at least since the 1920s with the rise of Dada, Surrealism and Cubism. This was the first era of the mass media, defined by the popular illustrated magazines and cinema. Since then artists have worked with found images in different ways but always in an attempt to make sense of a culture increasingly dominated by spectacle. In an age of distraction how do we hold on to what is important? How do we maintain meaningful relationships? How do we hold on to reason? How do we find alternative values? How do we map the ways mass culture constructs our notions of desire, beauty and significance? For many artists, using the imagery produced by mass culture is a necessity. Adapting the images that surround us is a way of making sense and staying sane. As Colin MacCabe put it  in his biography of the filmmaker Jean-Luc Godard, ‘In a world in which we are entertained from cradle to grave whether we like it or not, the ability to rework image and dialogue … may be the key to both psychic and political health.’ 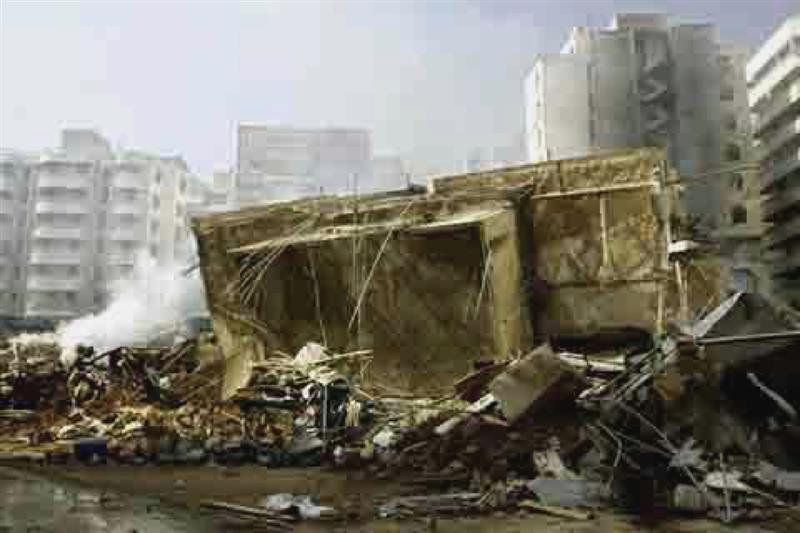 All photographic images come from archives. The very idea of the archive shaped how photography developed from its invention in the 1830s. The standardisation of cameras and film formats, the standardisation of printed matter, the standardisation of the family album, the picture library, the computer image file, the press agency and even the modern art gallery – these are all archival forms of, and for, the photographic image. The hungry gathering and ordering of information proceeds according to rules but it is always holding off a potential collapse into chaos, because there is always something wild and unpredictable about the behaviour of images.  We feel the strain of that disaster more than ever as the world’s archives are themselves subject to digital re-archiving and redistribution via the internet.

When artists address the archive they align themselves with that confidence and that doubt, with the archive’s order and its barely contained anxiety. Pop, Minimalism and Conceptualism, perhaps the three most influential strands of post-war art, all prized the archive or the archival grid as their ideal form. We see it in Warhol’s screen-prints, in the sculptures of Donald Judd and Carl Andre, the installations of Sol Lewitt and Hanne Darboven and the photo work of Christian Boltanksi and Bernd & Hilla Becher. The archival grid has been art’s quasi-bureaucratic way to mimic and estrange the modern regimes of the image.

So Ruff’s JPEGs belong to at least three archives: his own, the internet, and the specific archives accessed online.

In Thomas Ruff’s JPEGs the grid is present in a number of ways. Firstly there is Ruff’s preference for working in series. Indeed all his work to date has been serial. The series presents whatever is particular about an image in the context of a general group. The effect is to simultaneously emphasize and de-emphasize whatever is specific about his chosen photographs. We see each image as unique but we see that uniqueness only by sensing the grouping or series of which it is a part. Meaning emerges as much from comparison and contrast as from any individual image. We cannot know simply by looking at them from which archives Ruff’s JPEGs have come. Certainly they come from Ruff’s archive, from his own assembled series. But they might also come from other archives. These might be images from the internet, for example. (In fact Ruff tells us theyare from the internet). He searched for the images online, often following links from one site to another, following his own routes as we all do. But what does it mean so say that an image is ‘from the internet’? Is the internet an archive? In one sense it is but it is too general a term. It is not so much an archive as an archive of archives. So Ruff’s JPEGs belong to at least three archives: his own, the internet, and the specific archives accessed online. They may also belong to a fourth archive, perhaps an original analogue archive that has been digitized and made available electronically. And they may belong to a fifth archive of collective memory and to a sixth archive of the viewer’s individual memory. And so on. 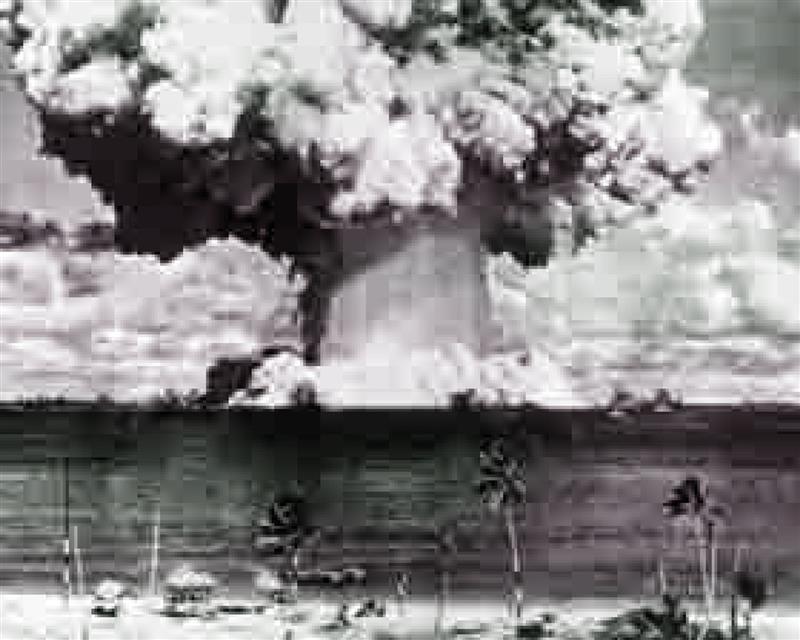 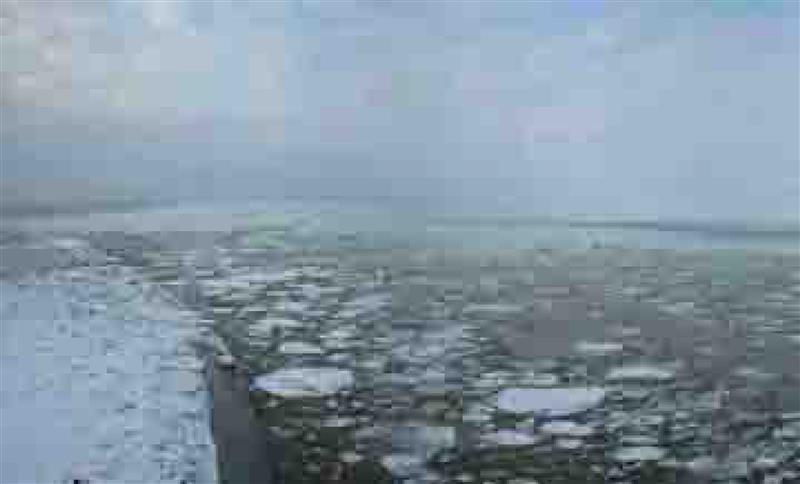 The pixel has replaced the grain of photographic film. Either images are shot digitally or older analogue images are scanned and converted into electronic data.

All images that appear on the internet and/or printed in books and magazines today are digitised.  Nearly all images are digital even if they originated in non-digital or pre-digital forms. Given this fact it is surprising how few of them ever wish to address the fact that they exist as masses of electronic information that take visual form as pixels. Ruff has done a great deal to introduce into photographic art what we might call an ‘art of the pixel’, allowing us to contemplate at an aesthetic and philosophical level the basic condition of the electronic image. Of course he does this not by showing us the images on screens but by making large scale photographic prints, blowing them up far beyond their photorealist resolution. This might be the first time some of these images have ever taken a material form.

The pixel has replaced the grain of photographic film. Either images are shot digitally or older analogue images are scanned and converted into electronic data.  Analogue photography developed an aesthetics of grain quite early on, especially through reportage.  In the 193os, 40s and 50s, graininess took on the connotations of ‘authenticity’, coded as a kind of limit to which the photographer and the equipment had been pushed. The most famous example is Robert Capa’s group of pictures from the D-Day landings at Omaha Beach during the Second World War. The indistinct haziness of the images was treated as a sign of the sheer urgency of the situation and of extreme human endurance (even though Capa’s grain was actually the result of hasty processing by an assistant in the darkroom).  In the post war decades photographers borrowed this convention, using grain as an expressionistic device to speak of limits of one kind or another – personal, aesthetic, technical, artistic. It’s in the work of everyone from William Klein and Robert Frank to Larry Clark and Nan Goldin. Today it is almost a cliché but for a while at least grain became a sign of the virtuous materiality of the image and of the virtuous, embodied photographer.

Pixels are quite different. They are grid-like, machinic and repetitive. They do not have the scattered chaos of grain.

Pixels are quite different. They are grid-like, machinic and repetitive. They do not have the scattered chaos of grain. When we glimpse pixels we do not think of authenticity (although we may do one day). The pixel represents a cold technological limit, a confrontation with the virtual and bureaucratic order than secretly unites all images in a homogenous electronic continuum, whether they are holiday snapshots or military surveillance. But there is evidence that our response to the pixel is changing and we can measure something of that change through Thomas Ruff’s JPEGS.

Many of these photographs are images of unpredictability. Water, fire, smoke, steam, explosions, ruins. These are all phenomena that cannot be mapped or modelled in their detail. They are in a sense irrational, anarchic. We see these subjects throughout Ruff’s  grids of pixels. We switch from looking at figuration to abstraction and back again. The result is a great tension or drama. And it is tempting to see in this drama something of the character of modern life with its great forces of rationality and irrationality.

AUTHOR’S NOTE: This essay was first written for a IANN magazine.  Ruff’s JPEG series doesn’t work very well on the internet or computer screen: the images need to be experienced as printed matter, moving from screen to page or wall.