Clark’s aging sentient body, naked or otherwise, is central to his project to reclaim and live teenage life.

By Sudhir Mahadevan, excerpt from Where the Boys are: Cinemas of Masculinity and Youth (2005)

Larry Clark has made three feature films that have been released commercially, Kids (1995), Another Day in Paradise (1998), and Bully (2001). Since Bully, he has directed a made-for-cable remake of one of Samuel Z. Arkoff’s B-movie monster flicks from the 1950s. Teenage Caveman (2002), and Ken Park (2002), which, although it screened at the 2002 Toronto International Film Festival, has yet to open commercially in the United States. Clark’s films are presentations of boyhood that offer up unprecedented visions of bodily and social utopias and horrors. They mark a recurrent grim investment in the male teenaged body, whether it be threatened by AIDS in Kids, threatened by paternally motivated murder in Another Day in Paradise, actually knifed to death by its own peers in Bully, or finally, annihilated by suicide in Ken Park.

Clark’s central aim is to confer the stamp of veracity and documentary authenticity on his representations of teenage life through the use of particular prepubescent and pubescent body types (his actors have little or no prior acting experience). Marked by a continuity with his photographic work – the books Tulsa (1971), Teenage Lust (1983), and The Perfect Childhood (1995, banned in the United States) – and combining teenage bodies with unprecedented (full frontal male) nudity, sex, violence, and the near-complete absence or thematic impotence of parental figures, Clark’s films seem to depart from the genre of the teenpic and move toward sexploitation and the pornographic. Often labeled “controversial,” the films gain a distinct advantage in marketing. 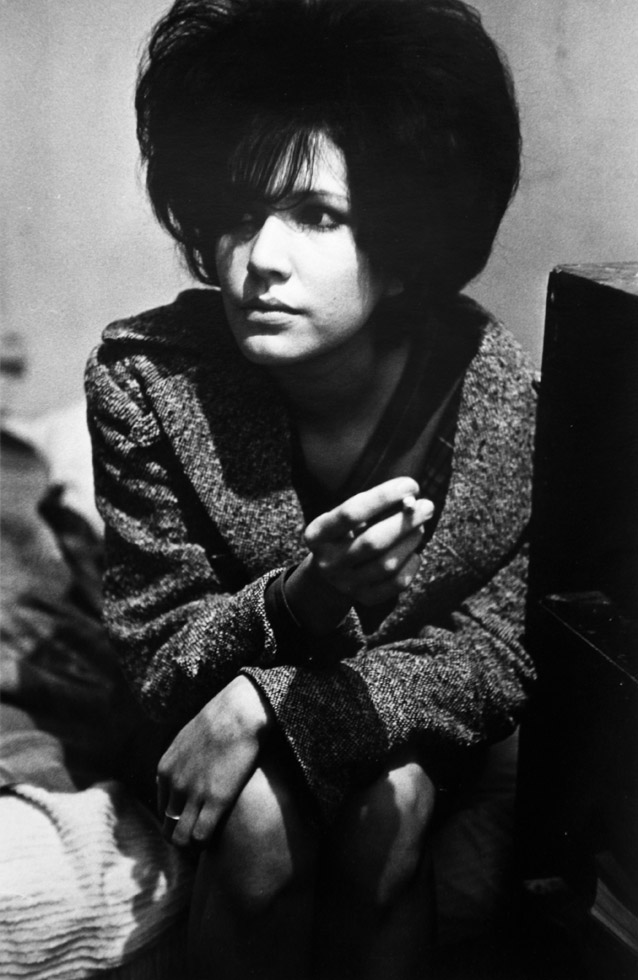 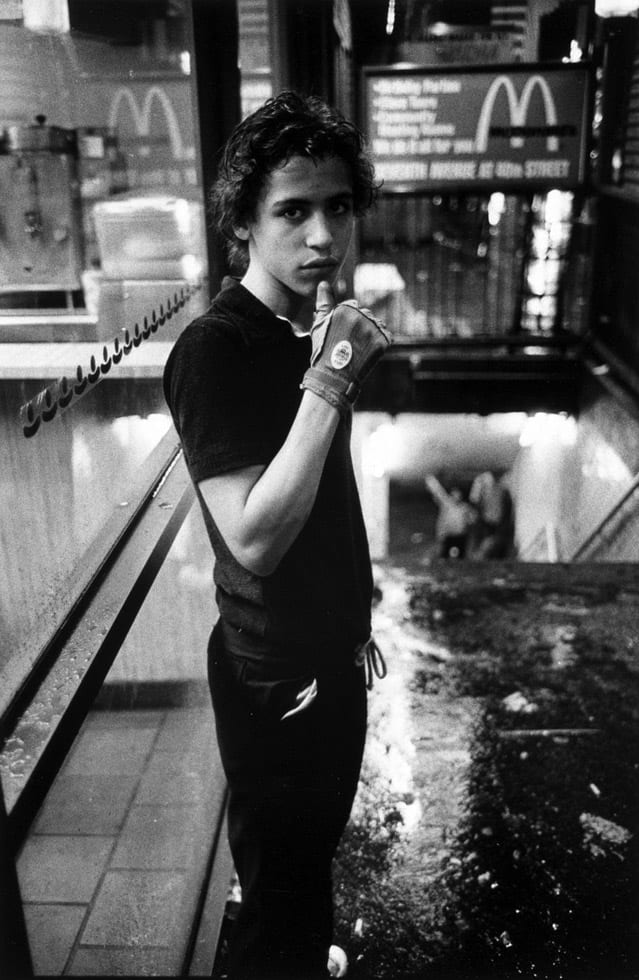 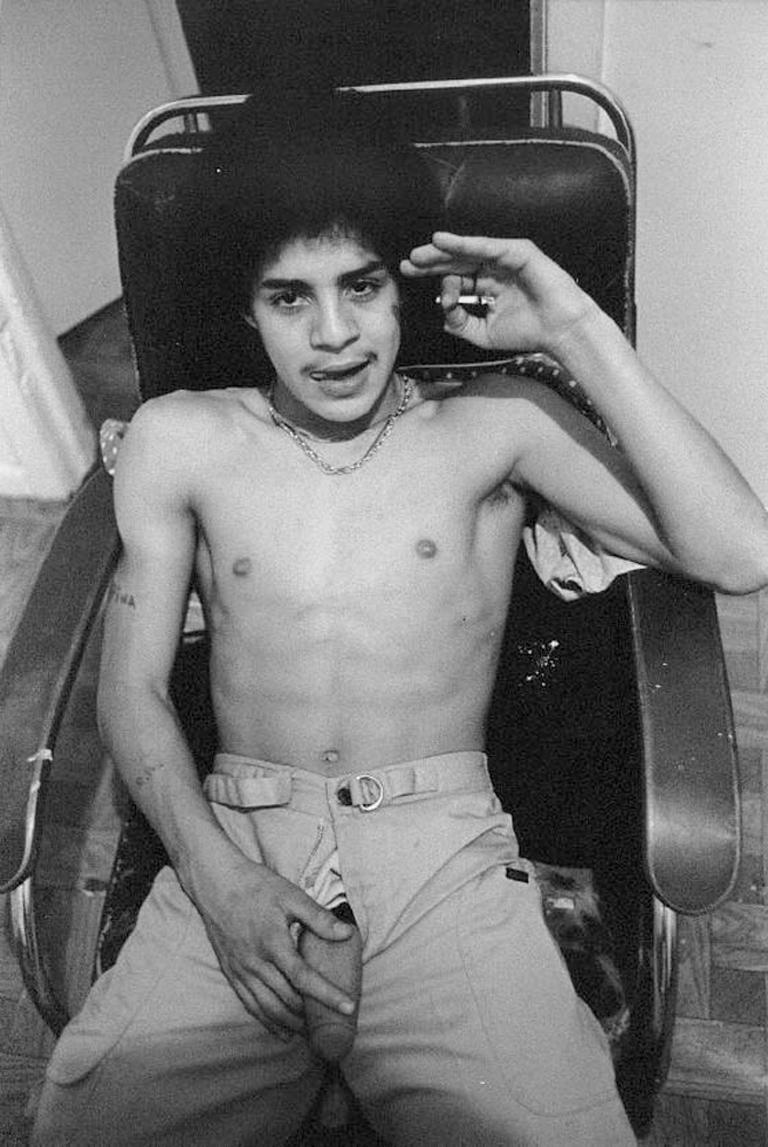 At the end of Teenage Lust, he makes clear that he was acutely aware of the growth of his own body as a teenager. He refers to himself as “bug-eyed,” “fucked up” and “real skinny,” “stammering” and wanting to “crawl in a hole.”

Clark’s aging sentient body, naked or otherwise, is central to his project to reclaim and live teenage life. At the end of Teenage Lust, he makes clear that he was acutely aware of the growth of his own body as a teenager. He refers to himself as “bug-eyed,” “fucked up” and “real skinny,” “stammering” and wanting to “crawl in a hole.” With astonishing detail, he chronicles the development of his body in this monologue, from the skinny, stammering kid with “the big fucking nose… ’cause the nose grows first, right? And your body grows into it, right?”  who was used to “shooting smack” and “speeding my fucking brains out,” to the kid who “shot up towards six feet” with a super-fuckin healthy” sense of being  (Clark, 1983 n.p.).  It is as if Clark were always seeing with an acute awareness of how his body could relive the teenage life through the bodies that he captures in his photographs. Clark’s authorial persona confessing to a cathartic relationship of the teenage life and body and the personalized responses of many of his reviewers suggest that his images are visceral and gripping. The only response possible to them is confession, yet to some viewers his images of teenage life may ring false, contrived, and even campy. The aesthetic of his movies is haunted by the photographs of Teenage Lust, in such a way that the teenagers in his films vacillate between being secular icons of cool pubescent beauty and palpable bodies with unbridled sexual urges. The two modes, iconographic and documentary, coexist in his filmic representation of the teenaged body.

Kids (1995), Clark’s first film, narrativizes preoccupations with death and sex. It is also the sparsest film to date by him, both affectively and narratively, presuming to offer a stoic ethnographic bildungsroman of teenagers and their urban lives. The central teenager in question in Kids is Telly (Leo Fitzpatrick), whose single-minded quest for virgins drives him and his perpetually drugged-out frined Casper (Justin Pierce) up and down the island of Manhattan, through Washington Square Park where they viciously beat a black man to near death with their skateboards, through his mom’s house where he steals some money, through a Korean deli where Casper steals a bottle of beer, dropping it through his fly so it settles at the ankle of his baggy pants, and through multiple spaces where teenagers (mostly boys) accumulate to shoot drugs, watch skateboarder movies, and talk and do sex. Telly’s seemingly uneventful day is interspersed with desperate attempts by the sexually inexperienced Jenny (Chloe Sevingy) to find him after she learns that she is HIV-positive and realizes, even as he plots to “deflower” his next virgin, that only Telly could have passed the virus on to her. In the final scene, Telly accomplishes his goal, spreading the virus more widely; Jenny collapses in exhaustion after she finds him already having sex with another girl, and the drunken Casper undresses her unconscious body and proceeds to have nonconsensual sex.

In a swimming-pool scene in this film, it is evident that Clark achieves with many pictures what he cannot, quite as effectively, achieve with the still photograph. Having illegally climbed across the fence of a city swimming pool on a hot summer evening, Telly, Casper, and the other boys and girls in their group undress before diving in, and the camera frames each one of them in single shots, edited to eye-line matches as they appraise each other at the moment of undressing. The presence of the girls incites the black kid in the group to swing his dick around like a lasso as he asks them if they’ve seen a “nigger’s dick” before. He is shown mostly up to his waist but at two moments Clark’s camera makes a dash for the crotch shot (that we barely see) and comes back up, attempting therefore to replicate the frank nudity of his photographs. While in the photographs genitalia function somewhat as the punctum that shocks us into recognition of teenage bodies, in the films, aimed at a wider and censorious audience, Clark is forced to achieve such punctuation surreptitiously. That desperate dash by Clark’s camera often relies on the persistence of vision to convey nudity to us. Clark builds moving pictures on the metaphysical foundation of his still nudie-pics of teenagers; their faces and bodies are trnasformed into icons and tableaux that we animate while inspecting. As Claire Vasse puts it, in Kids, “the cinema does not participate any longer in the domestication of the photograph’ (1995, 16).

Where the Boys are: Cinemas of Masculinity and Youth (2005)
By Frances Gateward, Murray Pomerance, Timothy Shary and Matthew Tinkcom