The recent past has seen the amplification of Florida as America’s most prominent locus of ignominy.

And Every Day Was Overcast

The recent past has seen the amplification of Florida as America’s most prominent locus of ignominy. Florida’s lavish multitude of embarrassments are mostly trivial and comic, yet often enough also deeply disappointing. It provides the background for a disproportionate number of cable news stories or is, in television and film, too-often depicted as a shallow landscape of wealth, leisure and luxury, a space of empty, undiscerning happiness. Florida is ubiquitous. Try as we might we cannot avoid it; yet to find a truly rich examination of America’s netherworld is a pleasure much too few and far between.

A sort of romantic ethnography by way of biography, And Every Day Was Overcast, is writer and photographer Paul Kwiatkowski’s debut work, what he calls an illustrated novel. In it Kwiatkowski plays the role of informing native for the town of Loxahatchee; his tone is equal parts weary traveler and, implicitly, that of a survivor and exile.

Coming of age in Loxahatchee is framed as attaining mastery over oneself by way of drugs and over others by way of sex. These strains of teenage life are, of course, not easily separable. Watching television as a child, Kwiatkowski has sexual fantasies about Fran Drescher and Anne of Green Gables. In Middle School Kwiatkowski and a friend smoke a mixture of marijuana and a psychedelic harvested from a toad before finding a box of pornography in an abandoned mobile home. As a teenager he shows his dick to a drifter in exchange for malt liquor that he and two girls drink in a public bathroom. The result is his first kiss.

Kwiatkowski’s Florida is a place of social disintegration, unnecessary cruelty and willful stupidity.

Kwiatkowski’s Florida is a place of social disintegration, unnecessary cruelty and willful stupidity. Nature is debased and inhospitable; the humans unfortunate enough to live in this landscape, a scar carved through a swamp, slouch their way from failed communications with long bouts of loneliness and isolation towards no discernible future at all. A date in Kwiatkowski’s Florida is taking acid and venturing to an island in a canal only to find it overrun by starving, sickly rabbits. Kwiatkowski’s date soon leaves him and he spends the night alone, hallucinating on the island. Failure and misunderstanding are the end results of all communication and simple kindness is an aberration that, when it comes, seems somehow more unsettling than barefaced aggression. 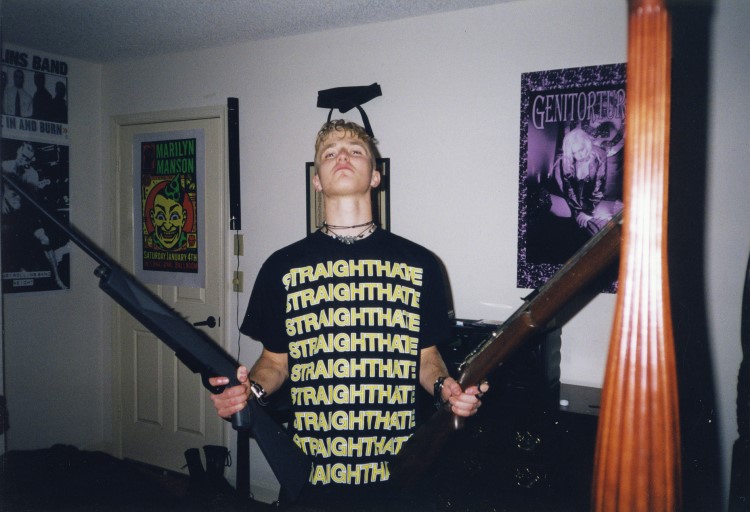 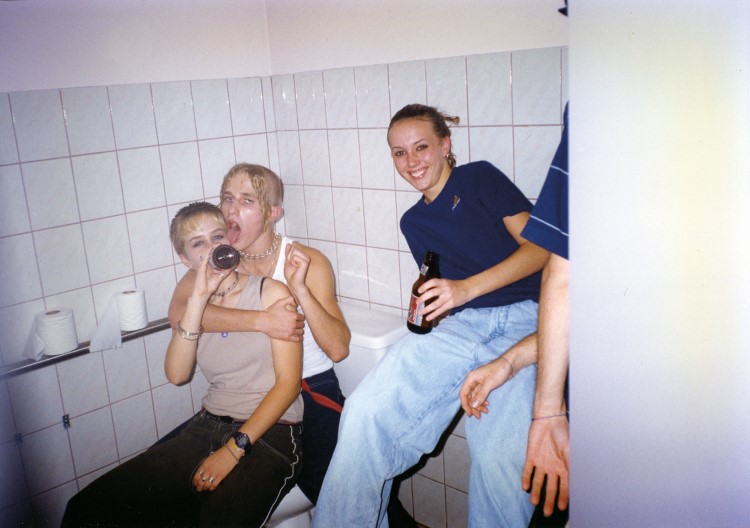 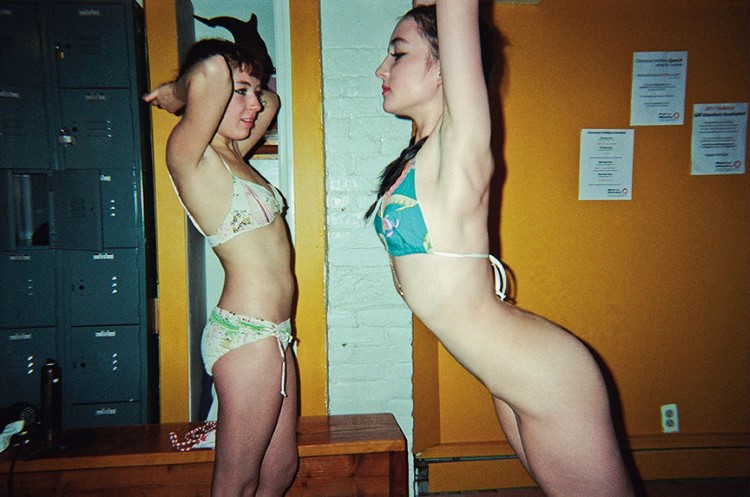 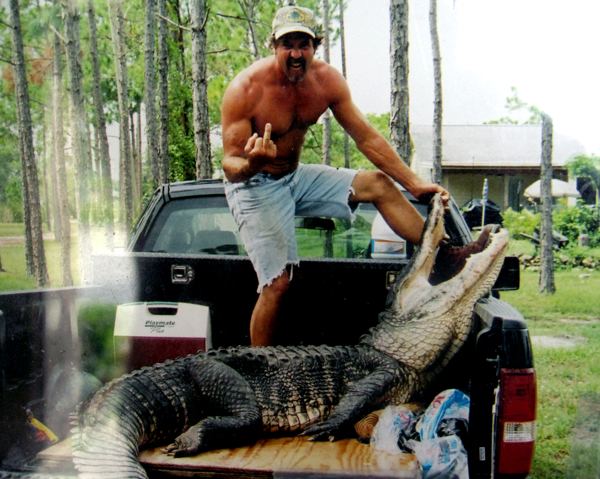 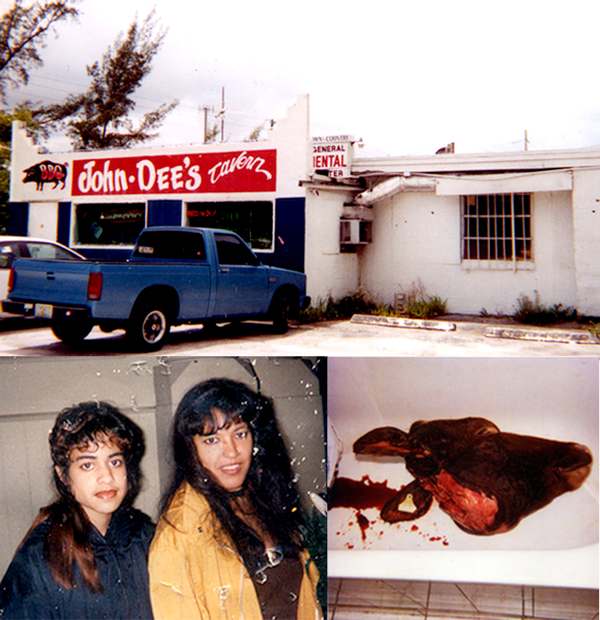 The aire of documentary aids Kwiatkowski in his style. It keeps the prose direct, simple, and free of clogging metaphor.

Although the cover says the word novel, the feel of the prose, especially as complemented by images, is one of documentary reality; but as a savvy reader knows, not even the most strictly factual narrative can ever be taken as such. The troubling of distinctions between genre, medium and form is one of And Every Day Was Overcast’s most intriguing qualities, and as such it engages a pair of famous maxims.

The first, in its hybridity between novel and art-book, is Marshall McLuhan’s prophesy that the future of the book is that of an art object. With this it is in considerable harmony. Yet, simultaneously, Kwiatkowski’s book seems explicitly designed to subvert the second maxim, McLuhan’s most famous, that “the medium is the message,” a phrase heavily indebted, if infrequently traced back to the work of the immensely influential mid-century art critic Clement Greenberg. Central to Greenberg’s theory of high-modern art is the essentialization of a work to the very premise of it’s medium (Rothko, canvas, color).

What we find now, in the much heralded era of the end of the book, is a work that in its existence cuts under and subsumes any notions of medium to which is it not strictly, physically bound. What can be represented on the printed page is represented, and with a stunning disregard for convention commonly which should be recognized as great originality.

Fact, fiction, biography, urban legend, original photography, found photography, a photograph of a pornographic photograph on the cover of a home-made mixtape, a heart-felt, handwritten note in the script of a teenage girl beginning, “Dear Paul, I don’t like things the way they are now. I don’t know why things are like this…” – These are the components of a tale of many tales, a sort of post-modern decameron, more parts Pasolini than Boccaccio, of suburban South Florida. The panoply of sources present themselves as artifacts, impartial witnesses to the past; even as narrative cohesion falls apart, as different voices, different tokens of the past supplement the narrative it only ever feels more real.

His interiors are dominated alternately by stained shades of beige and cold shining tiles under fluorescent light, shades of which are often echoed in the lifeless skin-tones of his subjects.

His interiors are dominated alternately by stained shades of beige and cold shining tiles under fluorescent light, shades of which are often echoed in the lifeless skin-tones of his subjects. Many of the images bear a striking resemblance to amateur pornography, the best part of which is without a doubt the ability to see into stranger’s homes.

The aire of documentary aids Kwiatkowski in his style. It keeps the prose direct, simple, and free of clogging metaphor. As a result his prose scans more similar to a journal entry than it does typical fiction. His images bounce between counterpoint and harmony with the text, never literal or clumsy, sometimes sweet, smooth sad or ironic. They invite comparison with Larry Clark’s Tulsa but could also be imagined as a first-person retelling of Kids. All in all the effect is one of hyper-reality that serves to shorten the distance between the reader and the experience described.

And Every Day Was Overcast.