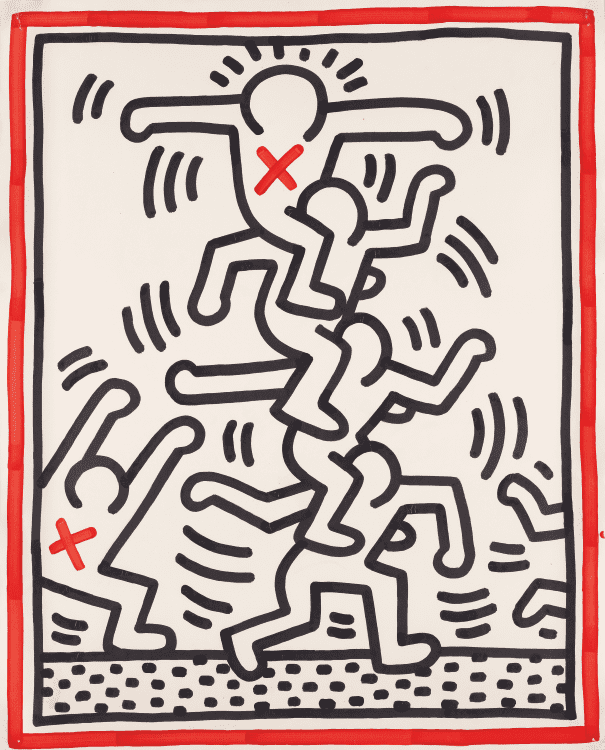 “When I started going to high school, I became less and less interested in cartooning for cartooning’s sake. I was wanting to become an ‘Artist.'”

By John Gruen, excerpt from Keith Haring: The Authorized Biography, 1992

“When I started going to high school, I became less and less interested in cartooning for cartooning’s sake. I was wanting to become an “Artist.” For me, this meant making abstract things. So I started making little shapes that together would fill whole areas. It was a little like automatic writing. Like, the negative shape of one shape would lead to the next one. Again, it became an obsession, and I used a Rapidograph and it opened me up to using a consistent line that could go on and on.

Through Kermit (Oswald) I became aware of what was happening in the art world – sort of. Though I looked at books, my knowledge of the New York art scene still came from Life and Look magazines. Once, during a church trip to Washington D.C., we went to the Hirshhorn Museum, and that’s where I saw my first Warhols – a group of Marilyns. So during this whole high school period I looked at art and studied art, because I was more and more convinced that I was going to be an artist and, in fact, I thought I already was an artist.

But I also got into drugs, and the reason was that it meant belonging. It was about being an individual and taking charge of one’s life and destiny. It was exercising, for the first time, a power over one’s body and mind. But mainly, it was about being part of a group. I always became obsessed with everything I started – whether it was starting the Monkees fan club or being a Jesus freak. I wanted to do these things as fully as possible. So I treated drugs like a new obsession.

I was fifteen when I first started smoking pot, and with that, I had to change to a new set of friends – and they were mostly troublemakers, people I wouldn’t have hung out with before. Well, one thing led to another, and things got from bad to worse. The problem with me was that I tried everything at the beginning. I was taking capsule things, like Seconals and “black beauties”, speed. And acid was around and I was taking a lot of it. We were a whole bunch of friends doing this, and we’d go to concerts, like the Grateful Dead – and I was letting my hair grow longer and longer. 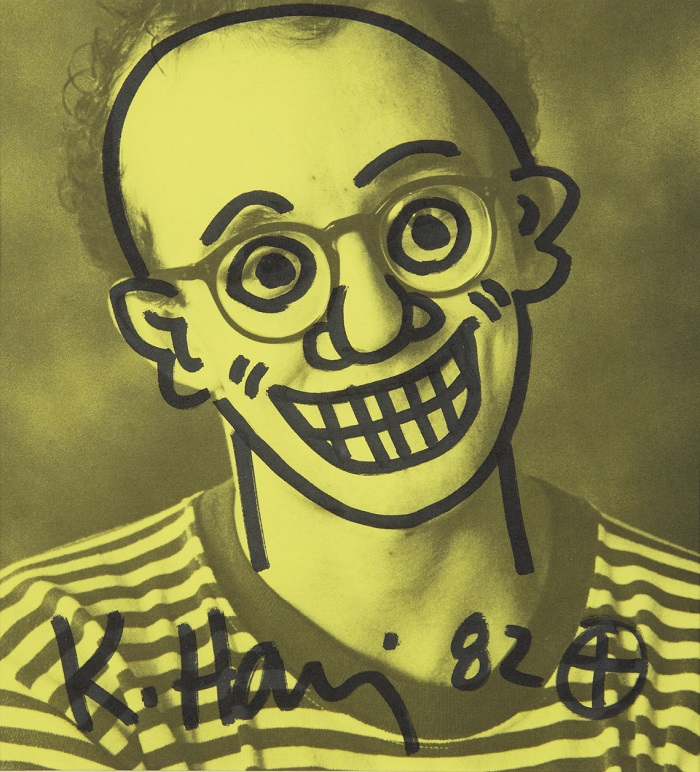 It was real trouble for my parents, because I’d get caught doing this stuff. Like, when I still had a paper route, one place I had to deliver was to a fire company, and at the fire company there was a social hall with a bar downstairs. So I’d deliver the paper and I’d go inside. I liked going to the bathroom there, because at the time, I was also into masturbating as many times as I could in a day. Anyway, I discovered the bar was always left open, and I’d steal bottles of liquor and I started to drink. I also went through shoplifting period. I did it to, like, be cool. So sometimes I’d get caught and my parents were kind of devastated.

I did really stupid drugs – like Angel Dust, and this friend of mine was making it, and we’d have to test it out. Well, you need a very small amount before you’re really high, and it distorts all your perceptions – all your muscle feelings and your sense of walking. When you smoke Angel Dust, you feel you’re not human – and that you can do all these superhuman things. People have killed themselves smoking it, because it’s one of the most dangerous drugs that exists.

My parents were in a state about me. One day they invited our minister to our house, because I had been close to him before all this stuff started happening. They thought maybe I’d listen to him. But on that day, my friends and I were hanging out again. We were drinking beer and popping pills – some really strong downers. I could hardly walk and I had no idea what I was saying. Well, instead of letting me sleep it off or keeping me where I was, my friends dropped me off in front of my house. First thing, I feel into the bushes in front of the house, and some neighbors came running. I must really have been out of it, because I was saying terrible things – and swearing and trying to run from the house and falling in the garden. It was the worst mess I was ever in.

The worst part of it was that I started saying the most horrible things to my mother – it just all came out – and I don’t think she ever got over that. When I finally came to, she was really, really crying. And that was the only time my father ever hit me – I mean, really hit me. He just didn’t know what else to do. He was totally at his wit’s end.

Now of course, I totally sympathize with my parents – what it must have been like to see your kid totally turning into this crazed thing, and having no handle on how to deal with it. They did try to talk to me – to help – but I didn’t want to hear anything, I was completely closed to them. Even seeing my mother’s crying… it had an impact, but it didn’t stop me.”