“On the ground of one of the stars among the immense universe, I think of the beginning, The Earth is a mirror to project heaven. Photography captures the mirror. It connects the Earth and heaven. When the darkness reaches at the bottom, the light will arrive.” – Rinko Kawauchi

By Sören Schuhmacher for ASX, September 2013

Rinko Kawauchi’s new book Ametsuchi (Heaven and Earth) published by Aperture, reads like a Haruki Murakami novel. Kawauchi merges reality with the spiritual world and reveals an invisible but tangent point of connection between apparently unrelated events. Even the concept of Ametsuchi originates from a dream, Rinko Kawauchi had years ago.

“I was drinking my coffee on a Sunday morning, idly watching TV with my head still half-asleep, I was surprised to suddenly see the image from that dream reappear. It was a scene of many people and horses together in a green meadow before a large mountain – a place called Aso.”

Rinko Kawauchi entered a new territory with Ametsuchi. This time she worked with a 4×5 large format camera instead her Rolleiflex, which led her to break out from the self-imposed pattern of the square format. Also the typical soft tones in her images disappear. They became darker and reveal an almost mystical atmosphere.

Aso, where most of the photographs were taken, is a region famous for it’s 1,300-year-old farming ritual, in which fields are burned on an annual basis in advance of planting new crops. The agricultural burning and the cyclical nature of life, functions as the central theme in the book.

Kawauchi is known for her exceptional editing of her books and the manner to tell a story on a page by juxtaposition of two images. Although her previous books were always pursuing a certain concept, they could be considered more like a collection of short stories than a novel without an ongoing storyline. Ametsuchi on the other side, is sequenced with single images on a double page, which invites the viewer to follow the story through the entire book, from beginning to end.

The book starts with a smoke darkened sky, caused by the flames of the agriculture burning, that turn the dry fields into an apocalyptic landscape. In the further course, burning fields, green meadows and in snow covered landscapes alternate to illustrate a recurring cycle and and the elapse of time. 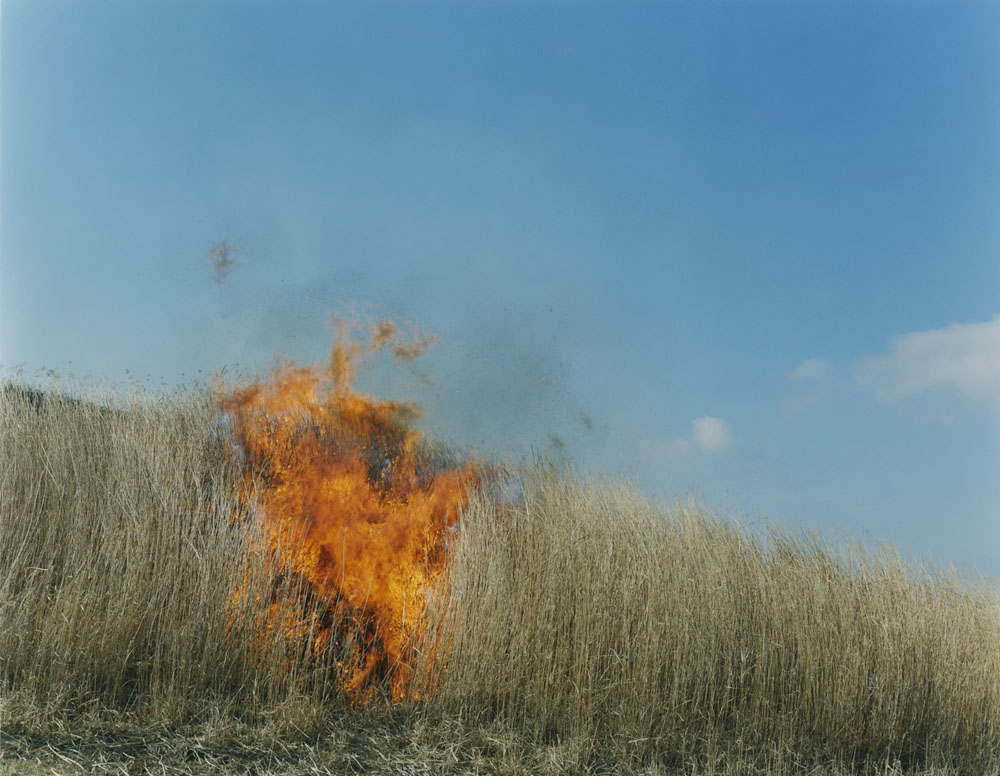 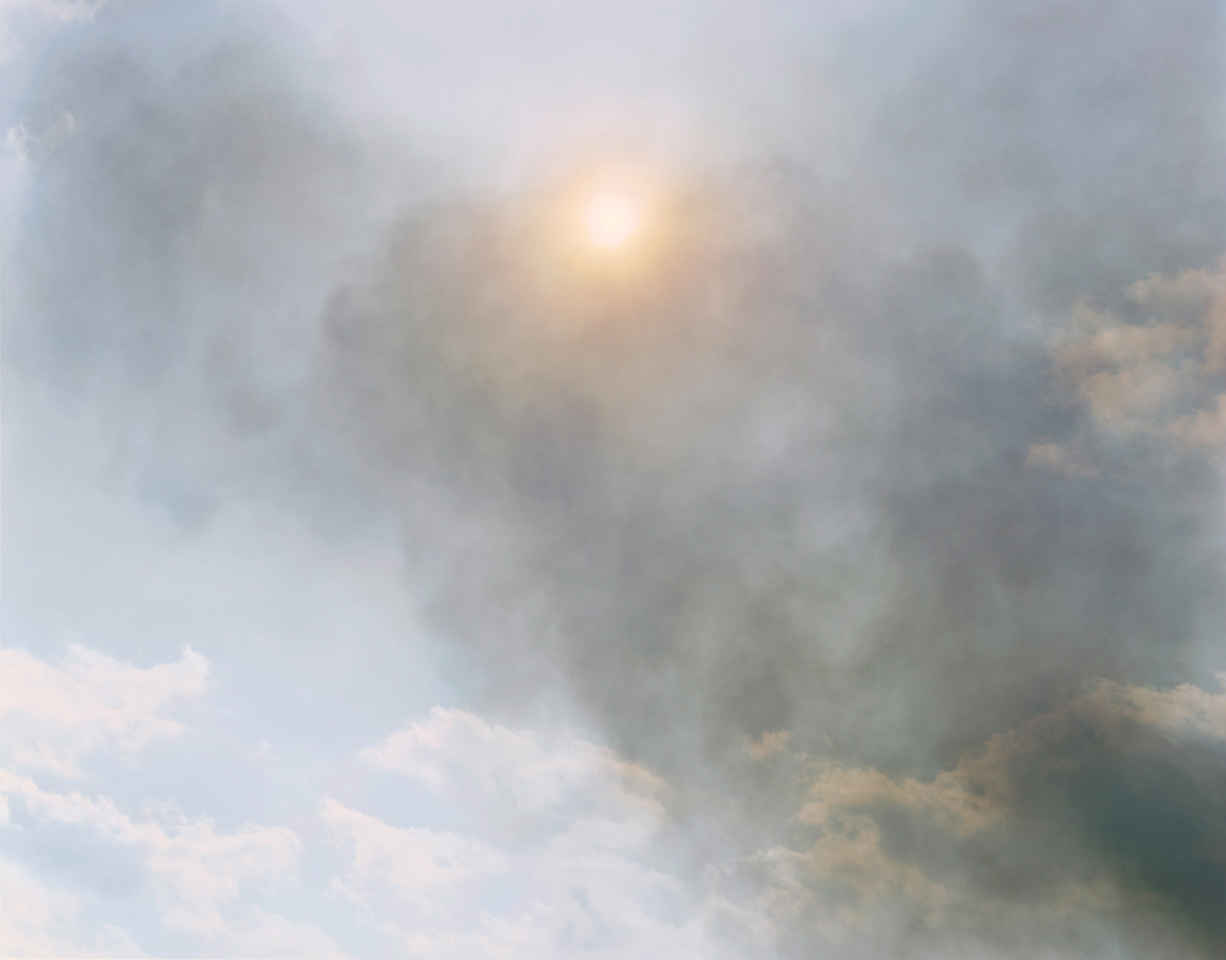 At about the middle of the book, images of a theatrical Shinto dance ceremony, the Wailing Wall in Jerusalem, and the starry sky in a planetarium were interspersed. Different from the agricultural burnings, the images of the Wailing Wall and the Shinto dance ceremony are blurred and overexposed. The sudden appearing and disappearing of these interspersed images, are like zapping through TV channels, where different events, at different locations, take place at the same time.

At first glance this events seem unrelated, but under a closer look, they all representing a certain resistance in a time that rapidly changes. Rituals – Spiritual remains of the beginning of mankind, formed a circle by passing on from generation to generation. Ametsuchi is a veneration of the invisible world that has continued since the distant past. Rinko Kawauchi uses these rituals as a juncture between past and present, spiritual world and reality, heaven and earth.

EXPLORE ALL RINKO KAWAUCHI ON ASX

The award-winning Dutch designer, Hans Gremmen, translated the concept of Ametsuchi into the book design, and managed even to enlarge Kawauchi’s work by pushing the photobook to the next level. Questioning the medium of the book, and how people tend to use them, Ametsuchi is bound in a variation of a Japanese binding. The upper sides of the pages are closed and the bottoms open, which generates a space between the actual pages that can only be seen by lifting the pages bottom corners up. In this almost hidden space, the images are the inverted color version from the outer surface, visualizing a parallel world, where darkness turns into light, fire into water and vice versa. As a nice extra the dust jacket of the book is also a double-sided poster with a inverted image of the cover on the back. Nothing was left to chance and is perfectly integrated into the main concept, from the beginning to the end.

This leads to the last image in the book, which shows the actual scene of people and horses together in a green meadow before a large mountain. The scene, Rinko Kawauchi dreamt about and which later reappeared on television – a recurring cycle.