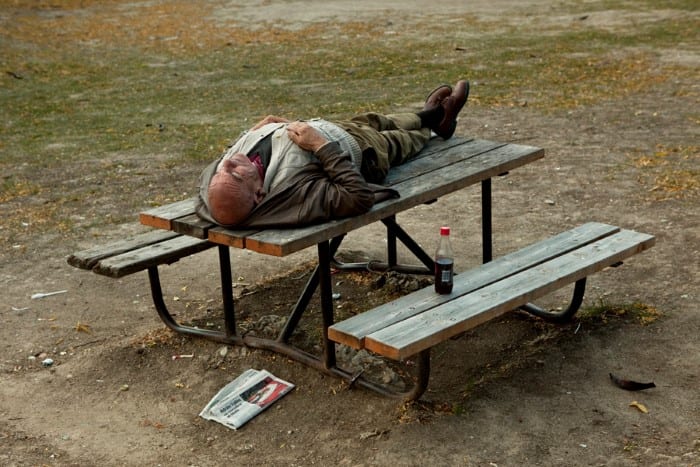 By Cristina Izquierdo, for ASX, August 2013

Antonio Xoubanova (Madrid, 1977) is a Spanish photographer author of Casa de Campo, a book published by Mack in 2012.

“Someone was here, somebody did this. Stuff happens here”, Luis Lopez Navarro.

Casa de Campo is a photographic fairy tale full of symbols based on the reality of Madrid’s largest public park. For five years Xoubanova examined this mysterious woodland observing the characteristics of this space and finally created a narrative fiction of love, death, fleeting instants, symbolism and lack of direction (the five chapters of Casa de Campo).

How did the idea of doing this project came to your mind?

I always felt that Casa de Campo had a mysterious atmosphere. It provoked me the same fear I used to feel when I was a little boy riding my bike and getting into those waste grounds where I knew I shouldn’t be. Fear versus attraction. In Casa de Campo I was feeling like a kid in this sense and that attracted me. Sometimes imagination is more powerful than reality, isn’t it?

What did you use to imagine about Casa de Campo?

When you don’t know a place you make up your own ideal about it. Everyone knew that Casa de Campo was a place where you could find prostitutes, gay cruising encounters, freaks, etc. But once you have been there a couple of times you see that what you imagined exceeds reality. You can see people in any sort of situation, but then you just walk by and say ’Good afternoon’. They answer ’hi’, and all good. I spent around 5 years taking pictures there for the project and getting to know the park very well. Now my perception of Casa de Campo is completely different.

What is the perception of Casa De Campo that we can find in the book?

I wanted to do a sort of fable from small stories to try to approach to the human condition. The book has five chapters dealing subjects that obsess me and are present in my life: the first chapter talks about love, the second about death. The following get more abstract and symbolic, dealing with fleeting moments and the feeling of being lost and trapped in a place you don’t want to be. 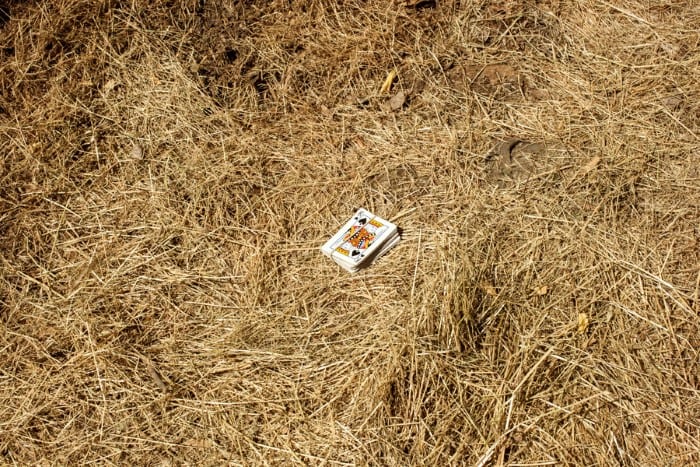 At the same time my idea was to make a tragicomic book, because in a way this is how I live my life: I go from happiness to the opposite in a breath. And that should be reflected in my photography.

How was the creative process of the book and of each chapter?

At the beginning I had in mind doing a conventional documentary of Casa de Campo, but in the end I found this idea an absurd one, I felt I had to take it to my sphere. What was this place inspiring me? Obviously, it was mystery. Mystery and curiosity for the most basic of human beings: our fears, our desires, death… So I tried to create a sort of fiction from reality. I tried to build an imaginary Casa de Campo.

While I was doing the project I also visited many times El Prado Museum. In fact, if you look the book carefully you will see that it is full of pictorial references: El Bosco, Goya…

In Goya’s tapestry cartoons, for instance, Goya showed idyllic country scenes, attitudes that I could see repeatedly in Casa de Campo: a kid with a shotgun, another playing with balloons… So when I started to photograph this scenes I started to see their symbolic character. Not so much what they show but their symbolism, and how they are understood in a shared culture.

How did emerge the opportunity to work with Mack?

They were looking for photographers to send them proposals for his annual award. Somehow they saw my work, contacted me and asked me to send them a dummy version of Casa de Campo.

I think Mack is interested in photographic projects thought from the start to be a book. Mack mentioned that he doesn’t want to make books with others’ pictures, but he likes the idea of submerging in an author’s project and help him to carry it out. In that sense I have felt very very comfortable. They made suggestions, but at the end we have made the book I wanted to make.

I love how we created a great contrast between the cover and the format of the book and the content of it. Some people has told me that the first time you open it you don’t expect to see pictures, but maybe a novel or a fable. That interests me.

What photobook would you recommend?

Without a doubt The Present, by Paul Graham. Photography is already very explored, and it is complex to create new codes, but Graham succeeds. I also love the work of other photographers like Cristobal Hara, Ricardo Cases or Joan Fontcuberta.

Exiles, by Koudelka, is other of my favorite photobooks and probably which has influenced me the most.

I also find New York, by Klein, just amazing. This book is the resume of practically any photography done after up to now.

All of them. The photographic process is an attempt to find solutions to many doubts. You are lost for a while, and can’t find the way, then you give some time to the project, let it breathe and then you finish finding it, finding you. It is like a personal war. A war that in the end is love.

What are you into now?

I try to close a trilogy about the city of Madrid. Not a descriptive one, I’d rather work with reality to get to other places. After M-30 and Casa de Campo, now I’m focused on my third project about this city: “A Small Universe”, in which I try to talk about the global from the local.

It is. I like the idea of limiting the project to a determined space and then creating a work that talks about things that are not in that space. It’s a sort of meta-photography, in a way. The three projects take place in Madrid, but I started the trilogy with a larger place (the highway M-30), went going to a more limited space (Casa de Campo), and finally to a specific point in the center of Madrid (A Small Universe).

Antonio M. Xoubanova is a photographer based in Madrid, one of the founding members of the Blank Paper Collective. Xoubanova’s work has been published in The New York Times, El Semanal and he has been working regularly for El Mundo since 2006. He has received numerous grants and prizes including the FotoPres’07 from La Caixa Foundation to develop his project M-30, a grant from the Ministry of Culture and a prize for documentary photography in ARCO’05. Casa de Campo is his first book.