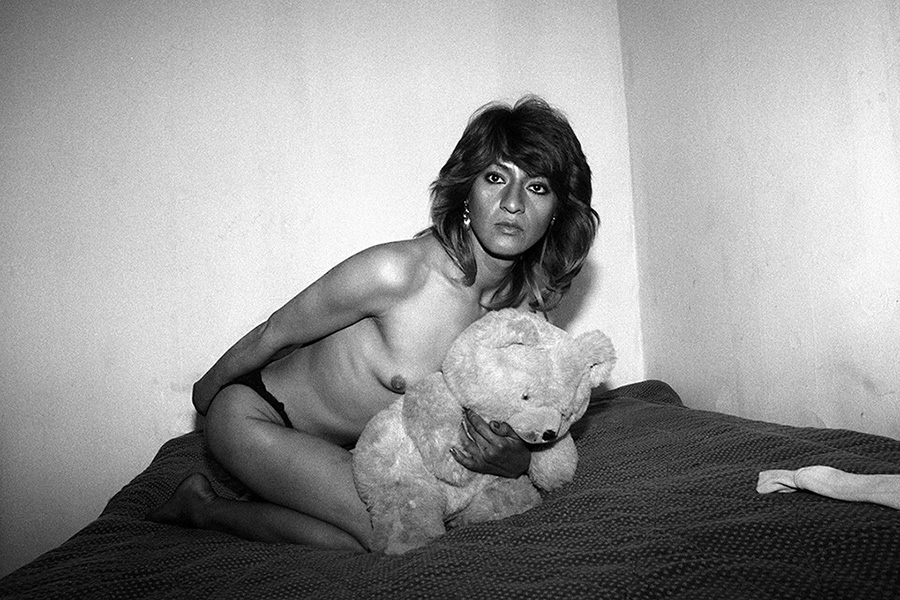 Photographer Scot Sothern’s debut memoir Curb Service empathetically captures the pathos of an aspiring provocateur adrift in contemporary America. Beginning in the 1980s, the book recounts Scot’s initial drive to photograph prostitutes and his path to single fatherhood on the skids. The interactions between the photographer and his subjects are the device through which solace and introspection flow. Along the road, there are intermittent flashbacks to Scot’s tainted adolescence in rural Missouri during the late ‘60s and ‘70s.

In Curb Service, there’s no hooker with a heart of gold. Scot’s work remains a testimony to the battering that American life can be, while simultaneously leveling the playing field between viewer, subject and photographer. By combining fluid text with sordid behind-closed-door images, Scot’s vision has merged into a perilous sweet spot: an eviscerating self-examination in which readers are allowed to ride shotgun down his unique journey to recognition as an original voice in contemporary American art.

After 40 plus years of virtual obscurity, Scot’s body of work now stands firmly at the intersection of fine art, documentation, narrative and authenticity. His point of view brings us right up to the precipice without concession. In Curb Service, there’s no moral higher ground to look down from. Much like the prostitutes he photographs, Scot is a hustler who’s survived the game.

Scot’s compelling vision is one of few pieces of contemporary art that continues to give me a jolt with every viewing. During a conversation I recently had with Scot and Bryan Formhals of LPV Magazine, he offered up one of the most bona-fide words of advice an ambitious young man could heed: “Follow your hard-on.”

Read our conversation on The Airship.