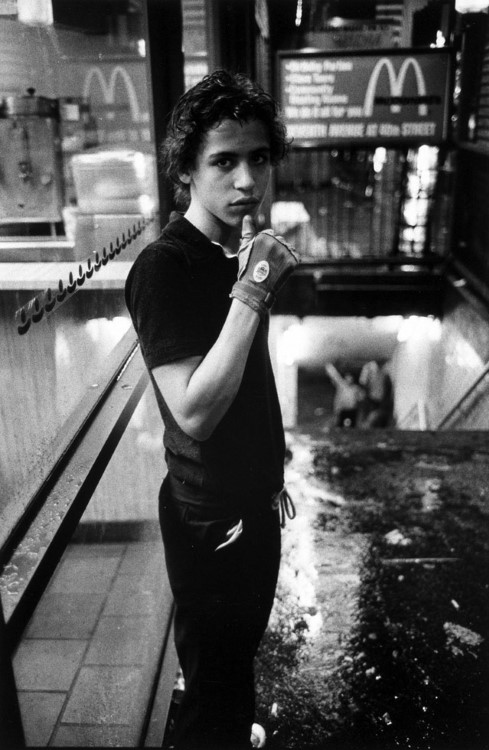 Are you fascinated by the web ?

It’s a kids thing. I’ve just hit 70, and I’m more distanced from it, but if you want to understand our times you can’t just sit on the fence with your reactionary views. That’s why I wrote, shot and distributed my previous film, Marfa Girl, for an audience of web surfers, the people who spend entire days watching videos on YouTube and posting stuff like mad on Facebook or Tumblr. The film didn’t go on general release because this sort of independent film is stillborn in US theatres, which only show blockbusters. So why not cut out all the middlemen (producers, international sales, distributors – every last one a crook!)? So I posted the film on my larryclark.com website, and it costs five dollars to watch it.

But do you think that the internet can be dangerous?

No way. At any rate, no more than anything else that can happen to you when you go out the door. The virtual is no less real than anything else. So there’s good, and there’s not so good. But when I was a kid, if you asked an adult a question you got whacked across the face for an answer. Shut up! Children had to be seen and not heard. There was zero information, about life or sex. Nothing. Nothing at all! These days, it’s the opposite. You have Google and Wikipedia: type in anything you like and you’re suddenly awash in all this incredible mass of first-person stuff, videos, and chat room conversations. At the same time, innocence hasn’t changed. At bottom, today’s kids are no different from me, a country boy from 1950’s Oklahoma. Technology will play a very important part in The Smell of Us because kids record everything all the time. They go to a concert or a party, they exist in a world of continuous self-representation. I have to take that into account if I want to capture the zeitgeist. It’s a new generation, and at the same time they’re still kids with the same old problems, the same old sentimental uncertainties.