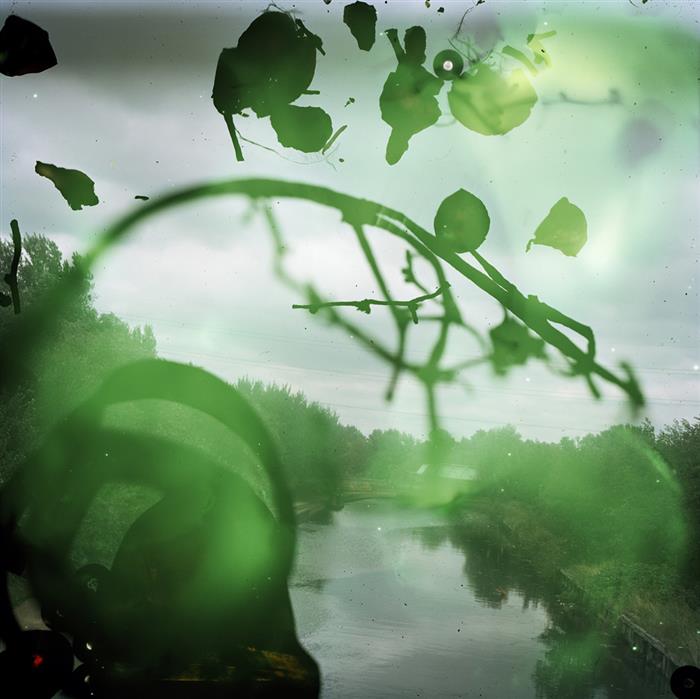 Talking to Ants 2 © Stephen Gill courtesy of the artist

“Stephen Gill has learnt this: to haunt the places that haunt him. His photo-accumulations demonstrate a tender vision factored out of experience; alert, watchful, not overeager, wary of that mendacious conceit, ‘closure’. There is always flow, momentum, the sense of a man passing through a place that delights him. A sense of stepping down, immediate engagement, politic exchange. Then he remounts the bicycle and away. Loving retrievals, like a letter to a friend, never possession… What I like about Stephen Gill is that he has learnt to give us only as much as we need, the bones of the bones of the bones…” (Sinclair, 2007)

As a major force in British photography Stephen Gill has become known for his innovative, original, and quite quirky photobooks. Since his first book, A Book of Field Studies, was published 2004 he has produced and published over 25 photographic projects up until today (2013).

In this retrospective exhibition, Best Before End, more than 13 projects, made over a period of 14 years, are included and exhibited. The choice of theme and technique vary widely from the different series – but as a common nominee, they are all exploring the multifaceted area in and around Hackney, East London.

When entering the exhibition you walk straight in to his series Talking to Ants (2009-2013) which consists of a dozen or so large format square photographs with an undefinable subject matter – partly bleak documentary landscapes, partly imaginative, sometimes colourful, patterns and shapes. Environments and inhabitants from his beloved Hackney are functioning as background canvases to a top layer of objects, taken from the area, and positioned inside the camera in order to make the two layers intervene with each other.

”My aim was to evoke the feeling of the area the same time as describing its appearence as the subjects was both in front of the camera and behind the camera at the same moment”.

Objects, dust, and crap, are positioned in front of everyday landscapes, city-scenes, and portraits. Grey reality mixtured with the quirky colourful objects, ”This technique meant I was grappling at the point where intention collided with chance”

This approach to photography, where intention is allowed to work alongside co-incidence, can be seen in many of his more recent bodies of work, such as Hackney Wick (2001), Hackney Flowers (2004-2007), and his most recent Best Before End (2012-2013) which all are featured in the exhibition.

More descriptive and literal works are hung besides the more mind-tripping abstracts. The deadpan, straight, relatively formal attributes that these works carry are just as much a characteristic for Stephen Gill as the later works – what binds them together is the ecclectic mixture of Gill’s signature unapologetic curiosity and obsessive aim to make sense of various phenomena and occurrences noticed in his everyday life. His attention is given to what most people don’t give a second glance or thought.

After the Talking to Ants series Off Ground (2011) are hung. They were made in a response to the riots that took place in Hackney 2011, as a reflection of how the media’s portrayal through film and photography can “add fuel to problems” rather than merely record the happening. Gill collected stones and rocks that had been thrown and brought them to his studio were he photographed them in a detailed and almost scientific way without colour. The objects are centered and neatly hung in A3 frames besides each other – this series is made with concern rather than mere curiosity, and it adds another dynamic to Gill’s versatility as a photographer and life reporter. ”I see such studies as a starting point for reflection that are pinpointed to a certain time and place” This is a project that implies social- and political concerns. But opposed to traditional documentary photography Stephen Gill is not aiming to represent an objective ‘truth’ – he is instead taking his objects out of their contexts as to emphasize and make visible what his exploration of the initial idea has come to point at. He is raising questions and hinting at possible answers by conceptually constructing a final body full of discreet implications. 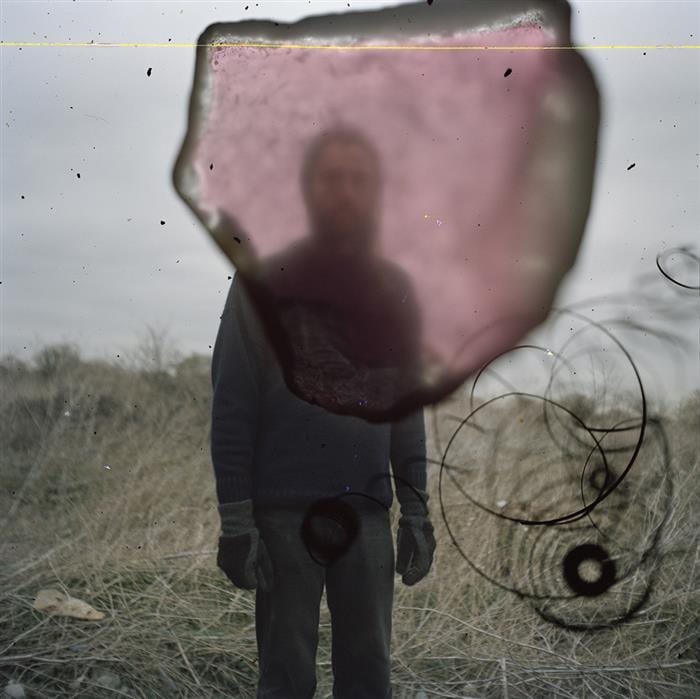 Talking to Ants 3 © Stephen Gill courtesy of the artist

Working yourself through the first hall you will pass Trolley Portraits (2000-2003), Covered and removed (2006-2008), Day Return (2001), and Billboards (2002-2004). They all are the results of Gill’s fascination and interest for a certain occurrence in the borough, ”During this period my approach involved making photographic studies of individual singled out objects and exploring them in depth until I felt that I had exhausted the subject – or the subject matter”. Gill’s execution of an idea or obsession of something banal, simple, and for most part unnoticeable turns into visual poetry of a more universal scale, ”As well as replying their messages, billboards naturally becomes a curtain for whatever lies behind”.

Next room begins with, A Series of Disappointments (2008), which are exhibited as a concertina type of book hanging from the ceiling to the floor depicting black and white images of ”betting slips” that have been thrown away. The slips have been taken from the ground and photographed in Gill’s studio – all centered in exactly the same manner. Formally, this series is much similar to, Off Ground, and they are also a result of Gill’s innovative conceptual documentary style and eye for the subtlest of details, ”Each of these papers begun as hope, was shaped by loss or defeat, and then cast aside. These new forms perhaps now possess a state of mind, shaped by nervous tension and grief”

Bridges (2010-2011) pay a tribute to the railway bridges that functions as ”anchor points in the city”, and it is with an moving affection Gill almost personify and portray this objects.

Hackney Wick (2001) is probably Gill’s most traditional documentary photographic project. Located at an off-beat location in the East End of London, Hackney Wick market was not so much a market as it was an own-governed community of outcasts, it ”exists for people who were struggling to keep afloat themselves”. Taken with a camera bought on the market he has photographed its’ inhabitants and the goods that been sold. He has captured the movements and the unruly atmosphere. A laughter. Seriousness. Concern. Hard work. Families, punks, and immigrants.

Hackney Wick was closed 2003 and is now part of the site for the Olympic stadium.

Hackney kisses, consists of bought vintage prints from the 1950’s, Hammer & Blackberry (2011) are a non-photographic project, Invisible (2004) make visible the workers with their flourescent clothing, and in Archeology in Reverse (2005-2007) Gill uses a Bakelite camera bought in Hackney Wick to, ”dance around the idea of the impossible task of photographing things that not yet exist”. Always about understanding, trying to make sense, try, fail. And then try again. Childlike – but with serious concerns.

Hackney Flowers (2004-2007) were as all the other projects, ”Formed by a longstanding interest in East London”. By putting objects in top of photographs before re-photographing them, and then burning the C-type prints in an attempt to let the place lead the outcome further and to take part in process of creating the final image. The result is images that stretches your imagination with their powerful visual imagery – flowers growing out of bridges and brings life to the seemingly dead environments.

”I attempted to photograph what a place feels like to me over or alongside what it looks like”.

Second to last exhibited project before the grand finale is, Pigeons (2012), ”A photo study made deep within the underside of brick and iron East London Railway bridges”, is a bleak story going in the colour scales of grey and brown documenting the life of the inner city pigeons. 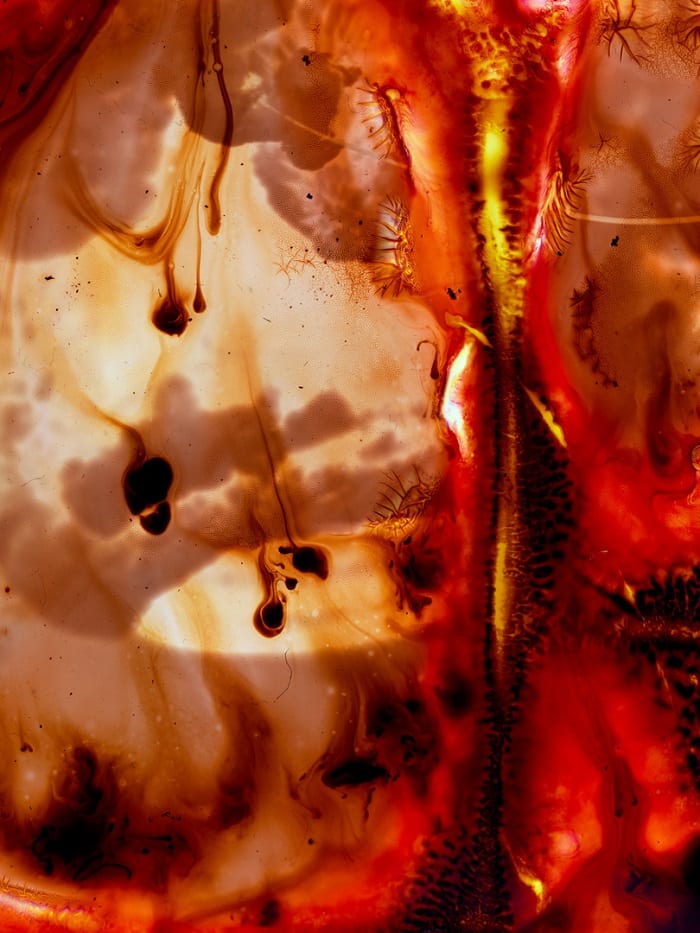 Best Before End 2 © Stephen Gill courtesy of the artist

With this project Gill has built a nearly invisible fort out of repetitive fragments. Working after a defined concept, but without exactly knowing the final outcome, result, of the project, study. ”In order to make these pictures a camera was placed on the end of a 25 ft telescope window cleaner’s pole on a self-timer giving me 12 seconds or so to elevate the camera into position, trying not to scare the pigeons away as the camera entered their home”

The major attraction of the exhibition is Gill’s new body of work Best Before End (2012-2013) which is innovative, daring, and absolutely mind-blowing.

By placing objects inside the camera again and then soaking the film in fizzy energy drink the emulsion softens and you are allowed to stretch and move the layers of film to create completely new images with acid patterns, sketchy shapes, and poisonous colours.

The negatives blurriness is ”more accurate for portraying reality”. Depending on what energy drink that is being used the colours and effects of the acidity varies. I can’t take my eyes of this image made with Pussy – you can trace the contours of a woman, covered in dust, with a cracked surface, and ghostly colours, ”In this case part of the image content itself plays a role in creating the images making a more direct physical presence in the image itself”, and that is really what strikes me.

Another image contains leaves, a fence, a purple acidity to that, and a layer of green disease like freckles. One reminds me of a 90’s rave party with their flourescent green, red, and blue light patterns. With this project Gill kicks the do’s and don’s in the backside like never  before.

It is different, darker, deeper than his previous projects. It’s exploring the internal rather than the external with none of Gill’s other so characteristic naivety. Really penetrating. Draw you in. Force you to reflect. No longer have to cover up concerns with humour – still playful, but with a grown up authority and impactful weight. He is both layering and peeling off.

This is a compilation of series that together share the affection for a place that still is a site for puzzlement, contradiction and disruptions. They all try to make sense of either the place or the inhabitants within the space of the place. This is an investigation, exploration, and discovery of various of aspects of life and nature in East London.  Starting with curiosity, an idea forms and a concept begins to take shape, an urge to explore that idea and define that concept is growing. Most of the projects are executed with discretion and accurate firing – others rebellious and multi-layered. “Mercifully lacking in malevolence, they are also wise and modern and beautifully laden with tiny, understated details about the way we live today. There is a wonderful, often inadvertent, eccentricity to them, too” (Ronson, 2004). 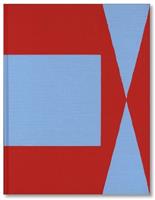 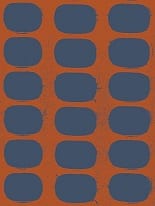 Fanny Landström writes for ASX in the UK and is currently studying Photographic Arts at the University of Westminster, London.  An incurably curious reader, writer, and viewer.

(All rights reserved. Text @ Fanny Landstrom and ASX, Images @ Stephen Gill and courtesy of the artist)