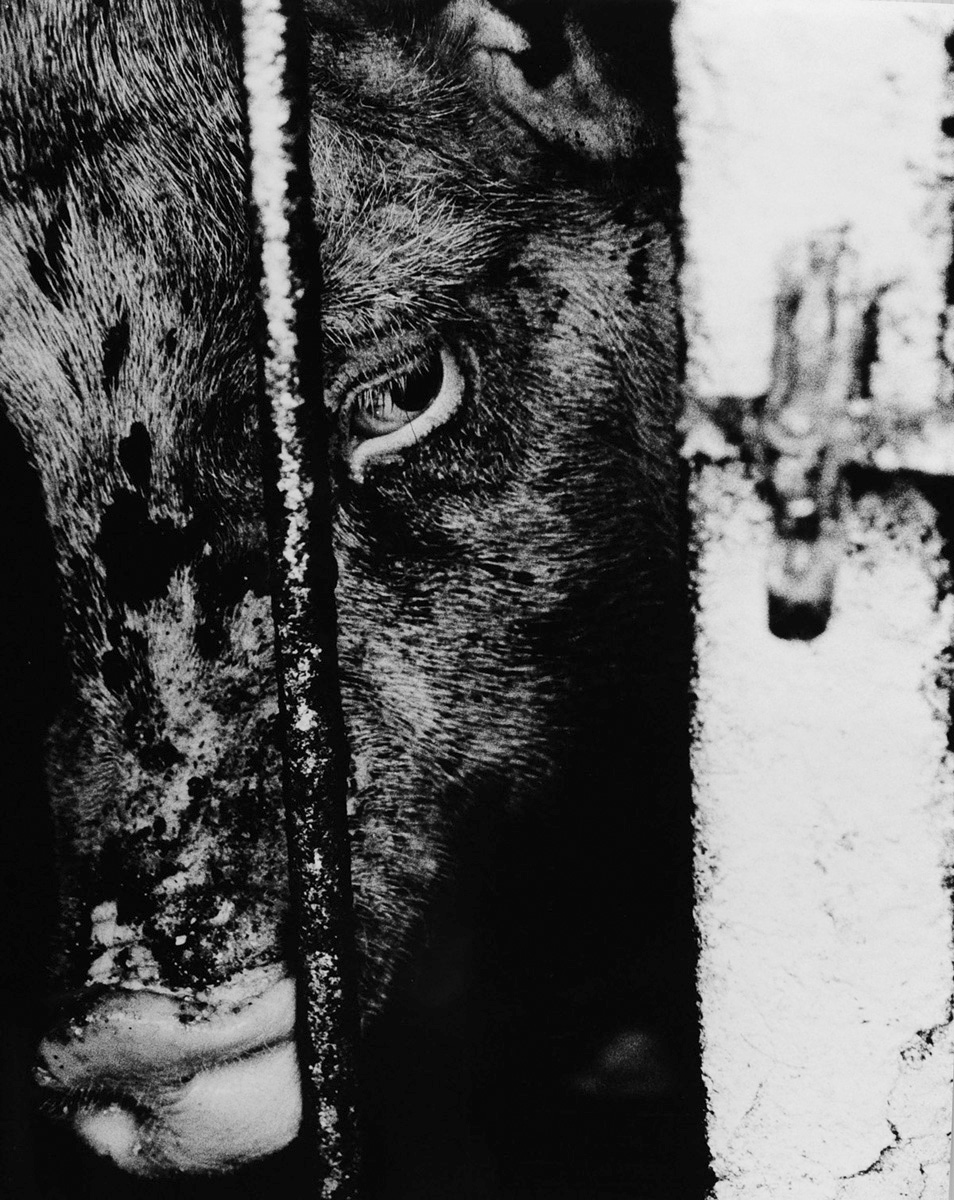 I grew up in a house caught between a cow shed and a pigsty, within the calls of livestock the smells of grain and dung. My parents worked there everyday, often injuried from the kicks of cows. When I was an elementary school student, my classmates came to visit my farm as a part of a school trip. One of them said : “I feel sorry for them. “ I was a little distressed to hear that because I felt the same way.

Pigs of about the same size have been segregated in lots, about 11 animals per cage. Even though they might be enclosed in cages, there are pigs that become targets to receive bullying and be bitten.

In my place’s pigsty , sent from another farm, couple months baby pigs  will spend their next four months time before  being shipped. 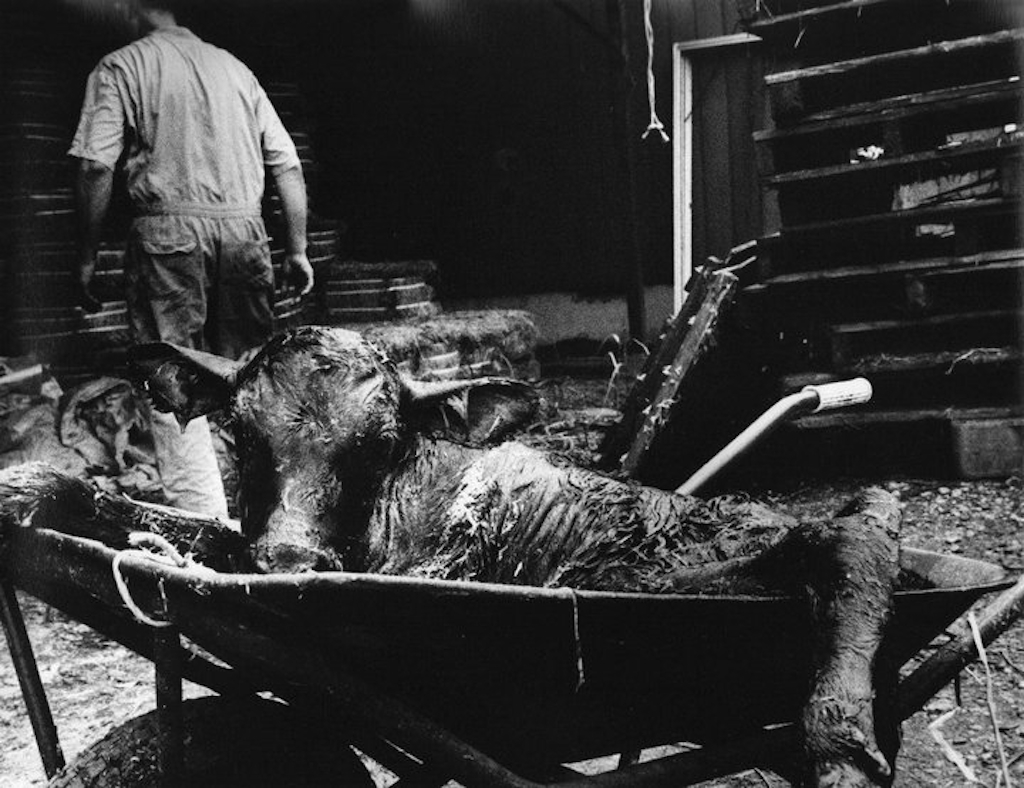 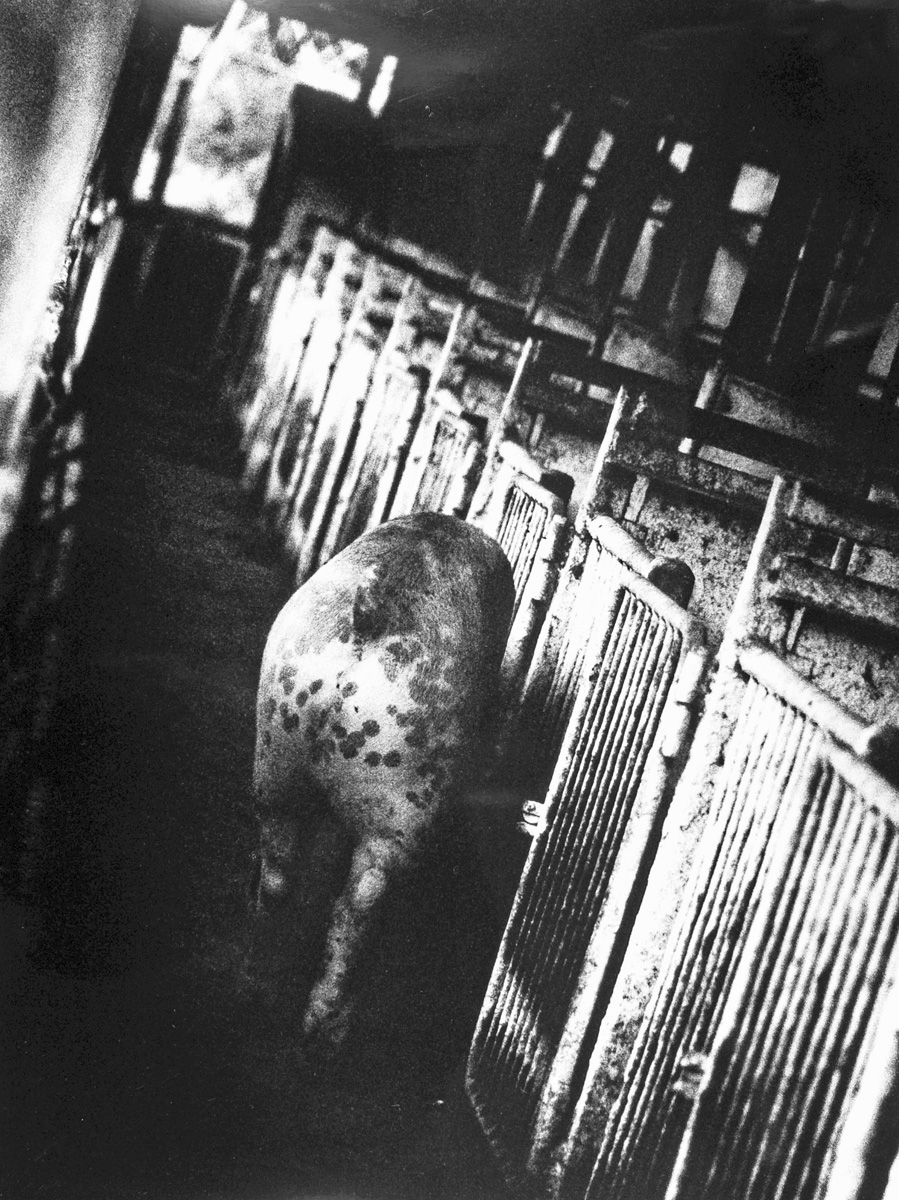 At about 6 months of age, when 115-120 kg body weight, they will be shipped for meat. However there are some weakened pigs.

In the cattle shed in front of the house, calf milking starts at 15 months. We inseminate Holstein caws with the sperm of Japanese beefs, and after a while, 10 months later, you can raise veals crossbreed from Japanese beef.

Child born will be traded in the amount of twice the female to a male. One year later about, It will be meat.

Farewell will come after one month. Do not even cry, just, just do farewell. I also know that some will be brought up on another farm because they will now be delicious meat.

It was also found to be for the cows and pigs a terrible life. 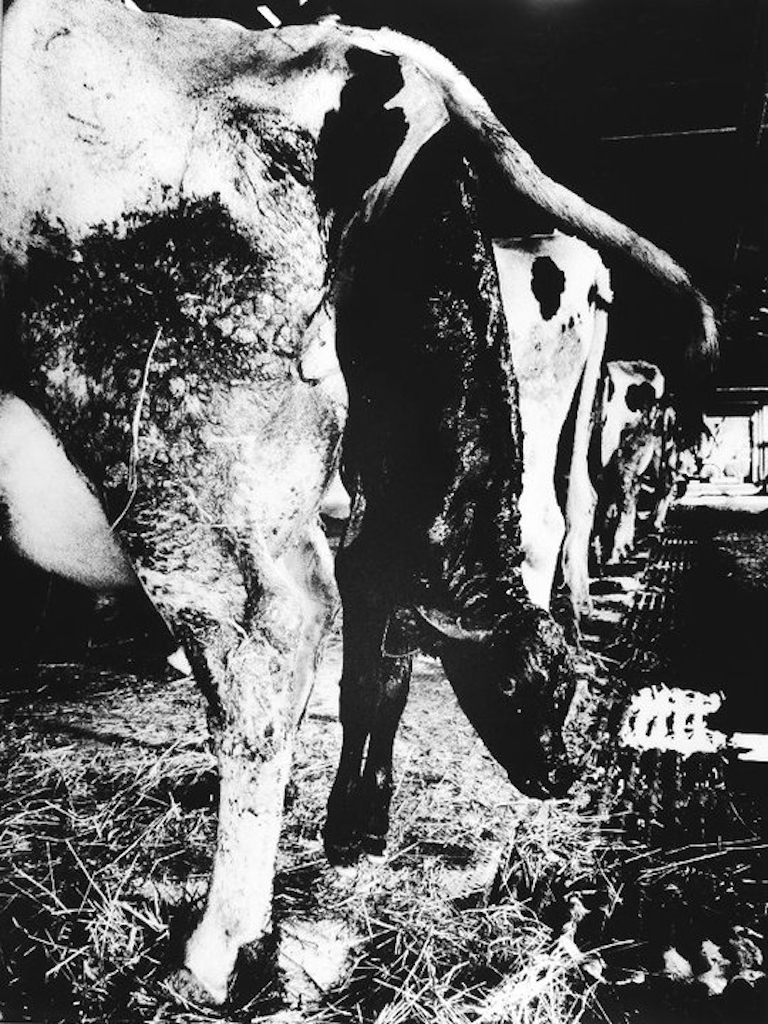 All together, the prime for me is them mating freely, and let be children snuggling with mother, children sucking their milk directly. I can fulfill the natural life.

I do not have the frame of mind to become vegetarian.

I know they are economic animals. A sad position. I feel very inconsistent.

Two months’s pigs came from another piggery to spent their life’s last four months in close piggery near my house.

Pigs are put into cages according to size. There is a pig bitten by other pigs in the cage. However, pigs tend also to care to each other, especially the weaker ones. They are feed to put on 115-120 kilos in approximately six months after birth and then are shipped. 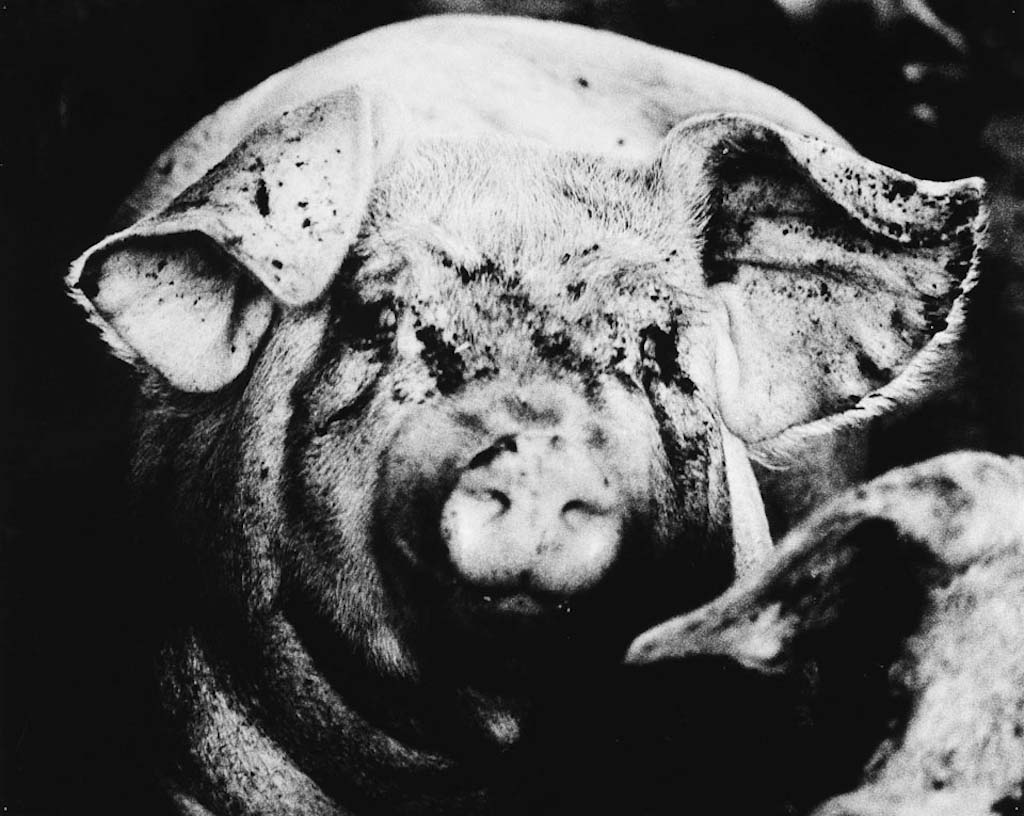 An Holstein caw is inseminate with Japanese beef’s sperm at about 15 months old in the cattle pen in front of the house. Ten months later, they give birth to mixed race calves.

My father and mother milk cows. The cow is impregnated again two months after giving birth. They remain in this cycle, giving birth ideally from five to seven times with in their lives.The average is three times. When they produce less then 15kilos of milk a day, they are no longer economically profitable. Consequently they are sold to slaughter-houses.

If a child is born male, it is worth double the female value. About one year later, it becomes meat. This is because the male grows up earlier than female.

So asking friends :  Don’t you drink milk? or  Don’t you eat meat? didn’t ease my mind. I have been thinking about this for a long time. On the other hand, I also knows that my parents love their cattles. 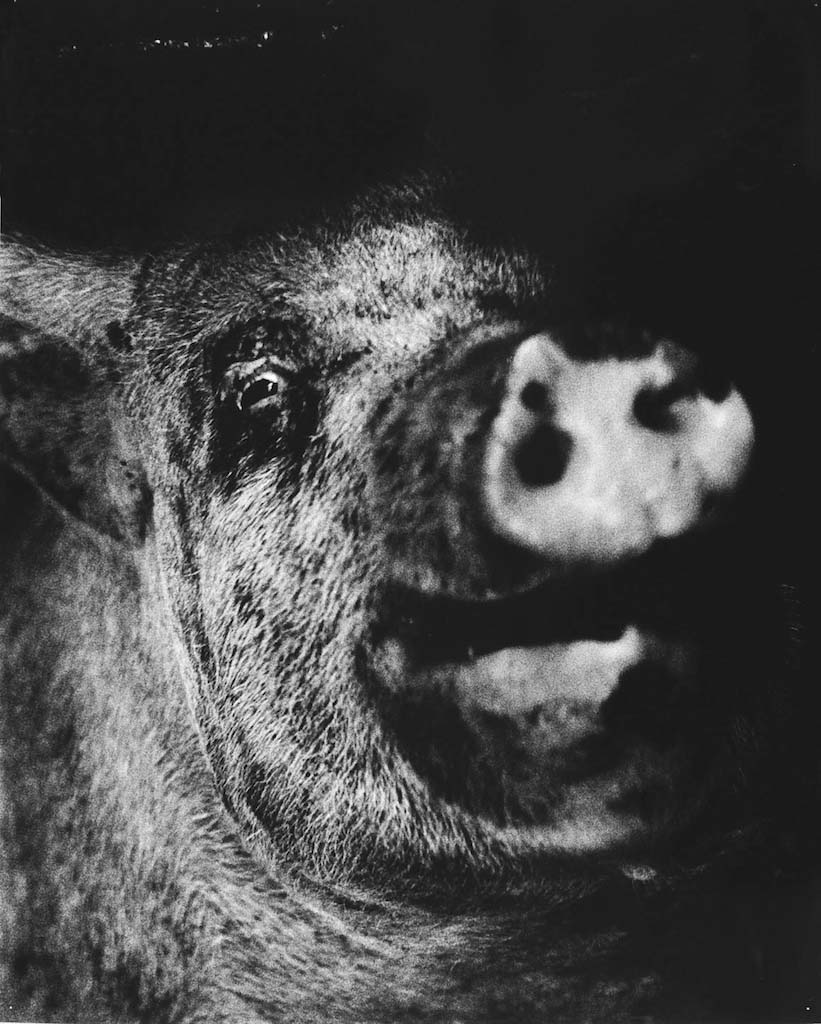 When we had calves, we were so happy to brush them and feed them with milk, but we didn’t name them. I knew the calves were not pets. They have to be departed in a month. No crying, just separated.To become delicious meat, they have to be raised on different farms.

I knew that life here was not good for calves either. Originally They live and copulate freely to have a child which takes milk directly while snuggling up to mother.

They evolved in wide, open spaces. I felt a sense of guilt in eating their lives. However, I have thought about the reasons justifying this at the same time. I am brought up as the daughter of a cattle farmer, and my favorite food is Korean barbecue and their intestines. I do not intend to become a vegetarian. 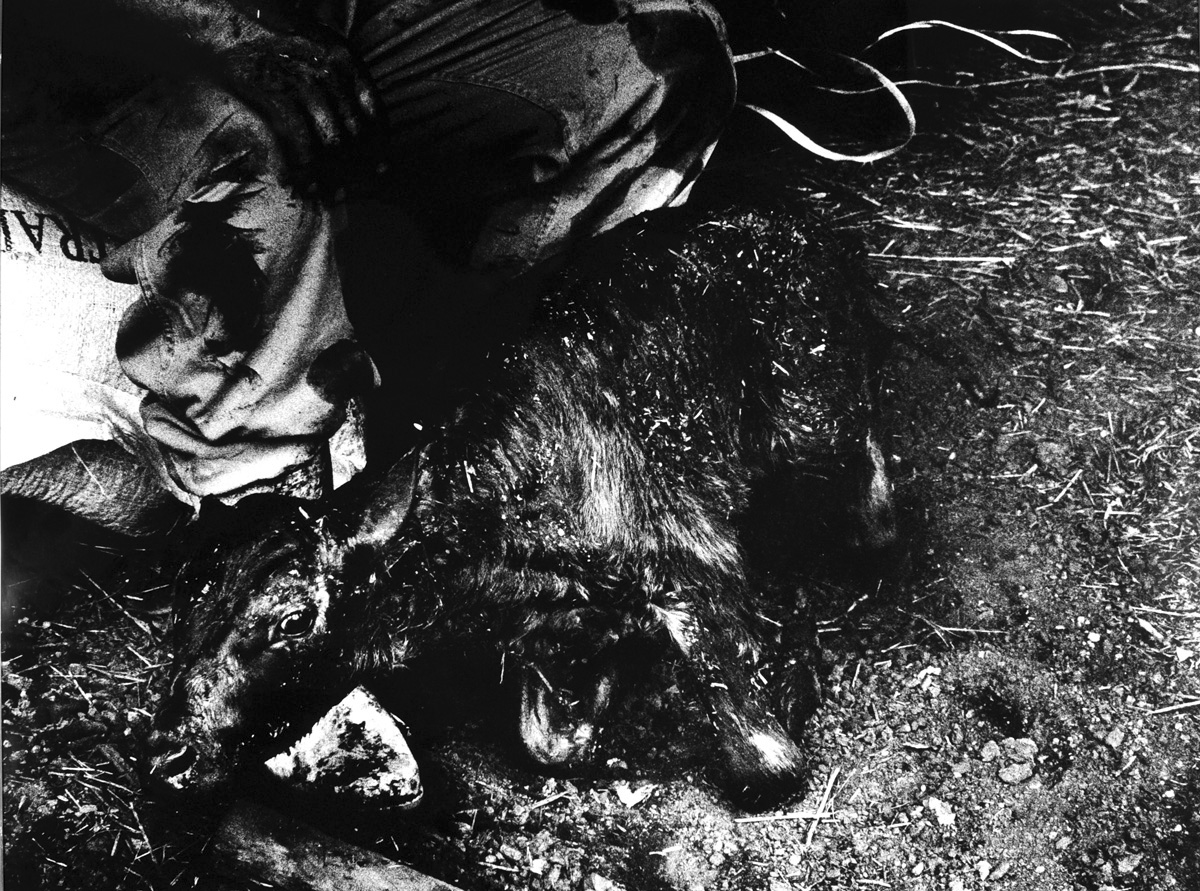 People appeal for the protection of wild animals. I understand that it is a very important thing to look after Earth. I feel sad on the fact that farm raised animals are born as commodity and are not protected. They are economic animals. Their situation is sad.

I feel the paradox in that situation.

Sacrificial times are enormous, a lot of blood, sweat lives and loneliness … All this for my family to live. I sense them by quietly standing without a word. The feelings of pain this paradox causes me to become more acute, the small stone rolling inside of me. Hardened, or rolling merrily as pebbles, pain while feeling speechless  when they nestled quietly.