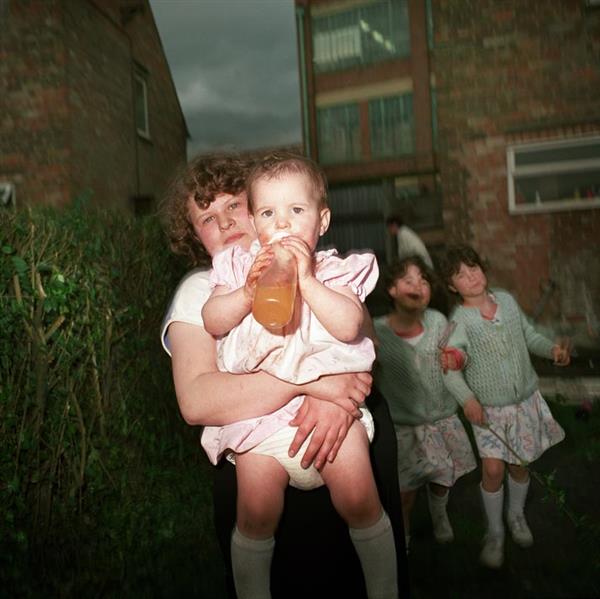 Pictures From The Real World

If the chemically charged 1960s brought new constellations of colour to the drab austerity of post‐war Britain, then British documentary photography remained that period’s more sober shadow: resolutely black and white and firmly rooted in a past, it was the serious, furrow‐browed alternative to what it so often saw as the frivolous, sell‐out culture of pop. So, for many wedded to that tradition, the adopting of colour by a new generation of documentarists from the late 1970s onwards, was like the slow unfurling of a toxic season – strange, unnatural and dangerous. It is no surprise that the advent of British colour documentary photography coincided (and found an affinity) with punk. It embodied a similar provocation: an insouciant presence whose godfather was William Eggleston, the dandy rebel, ‘voluptuous and corrupt’ who wore ‘a severe suit’ in a world of denim. But in Britain colour was not just a moment of aesthetic rebellion and renewal, it was also a critical response to the new political and social realities imposed by Margaret Thatcher’s conservative government from 1979. Now the inequalities and injustices that had been the subject and rallying point for old school documentary photographers seemed more complex, paraded by the right as the necessary fall‐out of another form of radical change. While the look of politics, increasingly defined by a faceless group of advertising creatives and marketing consultants, glowed in spot‐lit media spaces, the championing of a competitive individualism that expressed itself primarily through material consumption gave the idea of shopping a high‐key intensity and symbolic prominence, an alluring and colourful retail phantasmagoria that also, of course, harboured new forms of desperation and disenfranchisement. With hindsight colour documentary was inevitable; the reassuring poetic gradations of black and white simply couldn’t deal with the fine details of this new social reality and the implicit ironies it offered up. The new photography embraced those ironies and nailed them, and along the way it also used colour’s mesmeric distractions as a form of resistance. The new photography’s often oppressively bright images conjured both a forensic glare and a dark satire that combined to became one of the most vital, eloquent moments of late twentieth century British art. 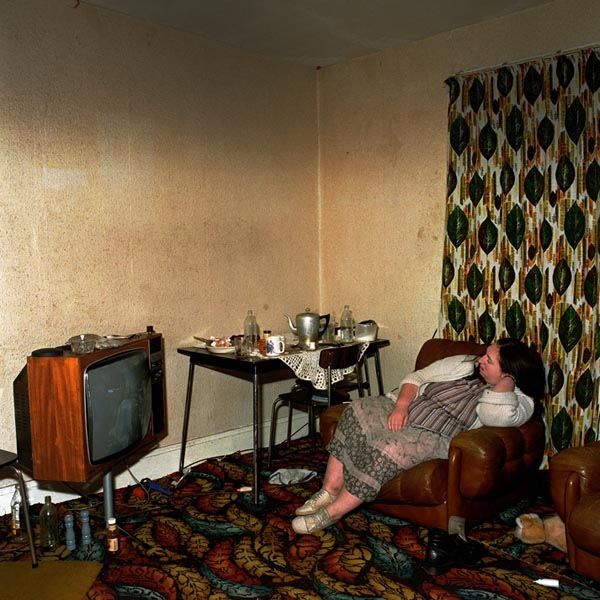 David Moore was part of what has become known as the second wave of this new colour documentary in Britain. He studied photography from 1985 to 1988 at the West Surrey College of Art and Design in Farnham, where, like fellow students Anna Fox and Paul Seawright, for example, he was taught by a group of tutors who had, in various ways, helped to redirect the course of British photography during that decade. Most influential among them, and most important for Moore, were Paul Graham and Martin Parr, who, though very different in approach and in attitude, set very high standards and helped initiate a testing atmosphere that demanded commitment, strong opinions and innovation in equal measure. It was Parr who, when asked to nominate work for a ‘State of the Art’ feature in Creative Camera magazine in 1988, put forward Moore’s recent degree show photographs, Pictures from the Real World. For the aspiring graduate it was a gift and gave Moore an early credible status in the still relatively small world of photographers, curators, writers, gallerists, publishers and lecturers that constituted the otherwise impossible to define sector of British photographic art of the time. That these particular photographs were never subsequently published, or exhibited, as a single body of work, perhaps says more about the patchy, hand to mouth nature of that sector (where the publishing of a flimsy 48‐page book or a 20‐print exhibition in a corridor somewhere was considered a major achievement) than it does about the enduring quality of the work itself. Moore’s photographs from this period have always hung prominently in my own imaginary exhibition of 1980s British colour, and have always seemed to me somehow representative of its often darkly furtive, unforgiving tone and its moral conundrums, not just those circling in the implicit voyeurism of social documentary, but in new colour’s sense of sly and combative intrusion offered as a personal odyssey of subjective encounter and revelation. The sense of exhilaration in this work came partly from its caustic, unsentimental exposing of the inequities of a loathed culture, but it could be felt, too, in the very ambiguous nature of the photographer’s stance, as if the pictures were the products of some fevered, entranced state and therefore beyond the balancing of any rational moral compass. It was this sense of maverick liberation from complacent ‘concern’ and collective responsibility that gave so much of the imagery its visceral charge. 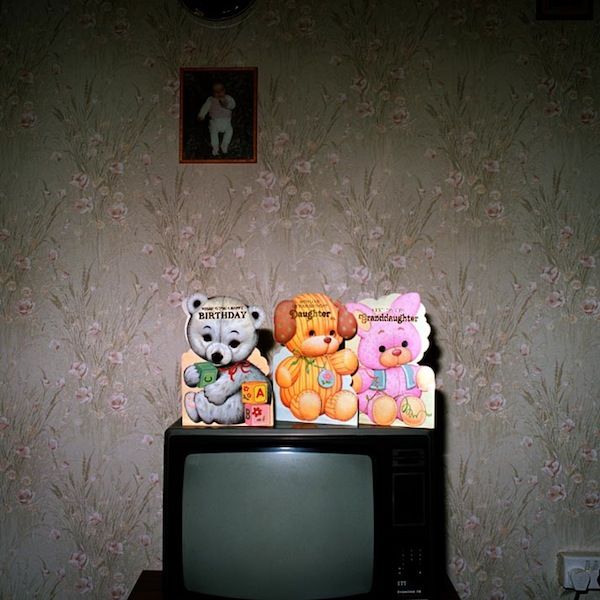 These ideas are implicit in Moore’s Pictures from the Real World. He was an ambitious student and, in the hot‐house environment of Farnham at that time, was driven to push and experiment and to take risks with both his work and his innate sense of social responsibility (he had worked as a civil servant before choosing to study photography). During the summer of 1986 and into 1987, he had been working in and around housing estates near where he lived in Derby, being a kind of ‘flaneur’, making portraits and occasionally following that practice into people’s homes. But, unsatisfied with the work that he was producing, he took the perhaps audacious decision to become more insistent and began knocking on the doors of stranger’s homes, to photograph ‘from the inside’, and to produce what amounts to the illusion of an insider’s, and perhaps a participant’s intimate view, grabbed from what appears to be the chaotic ebb and flow of life. 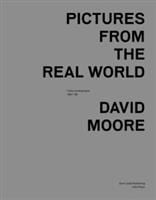