“No, no. Everybody’s confused. My whole written history is one big lie! [laughs] I mean, I can’t even believe my history.” – Dennis Hopper

Tony: It’s a long time since I talked to you. So what are you doing these days?

Dennis: Well, I’ve been going through the proof sheets.

Tony: Great. I did also, and they look wonderful.

Dennis: Well, it’s a hard process for me, because there are so many people who are dead, Roy Lichtenstein and Andy and so on. I have so many memories.

Tony: Are you moving ahead and choosing good images?

Dennis: I’m still going through them. I didn’t use a light meter; I just read the light off of my hands. So the light varies, and there are some dark images. Also, I’m sort of a nervous person with the camera, so I will just shoot arbitrarily until I can focus and compose something, and then I make a shot. So generally, in those proof sheets, there are only three or four really concentrated efforts to take a photograph. It’s not like a professional kind of person who sets it up so every photograph looks really cool. 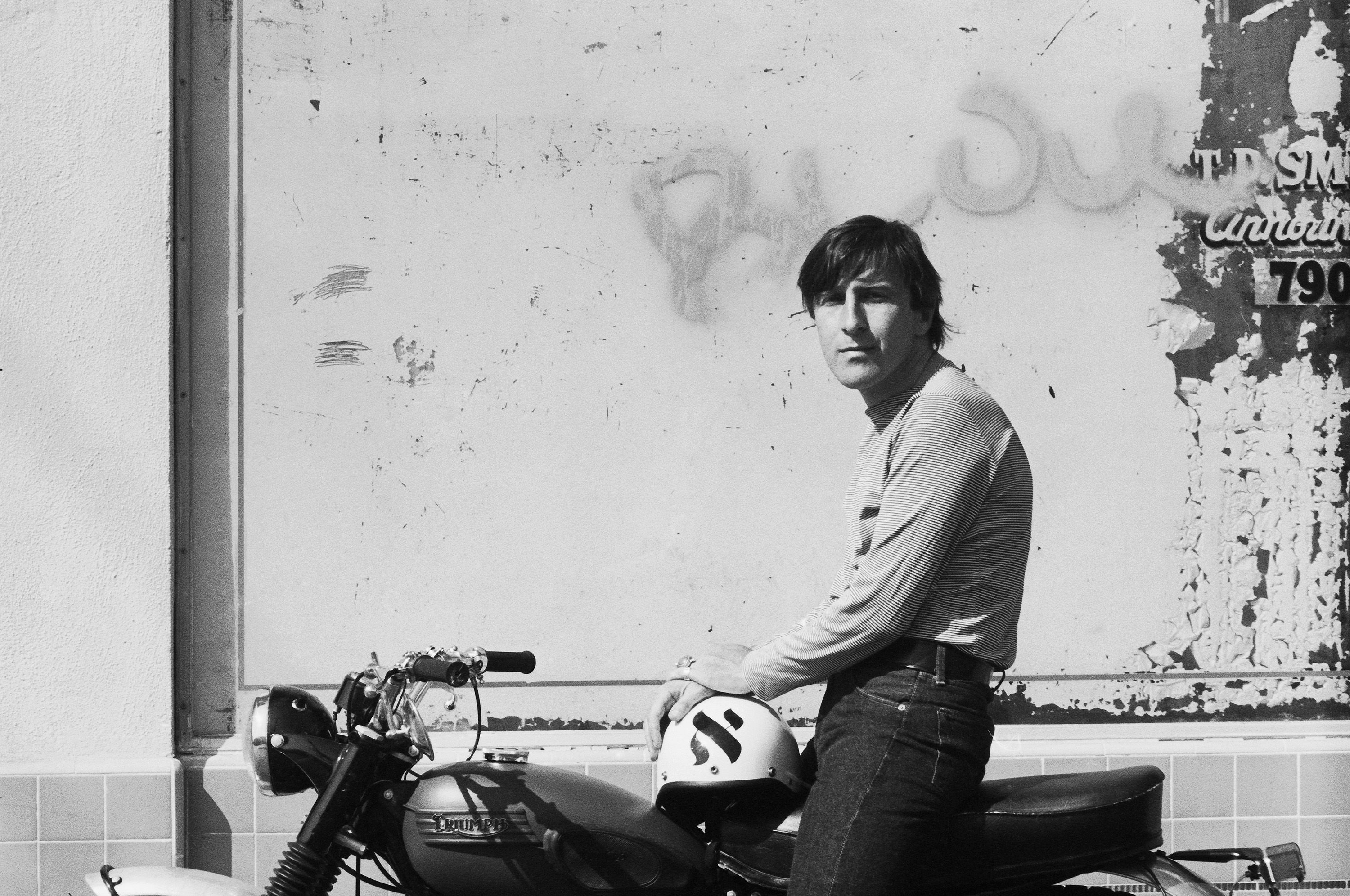 Tony: Oh, I think a lot of it looks really cool.

Dennis: You know the one photograph I picked of Andy with the flower – the one where he’s not smiling and looking sort of straight at the camera? That’s the one that’s become a very famous picture of Andy.

And I have so many great photographs of Ed Ruscha that have never been printed.

Tony: I told Ed that we are trying to do a big book of your photographs, and he said, “You should do a big book! There are so many great pictures. Just tell Dennis you should print all of them, man.”
Dennis: [laughs]

“You know, the history of California art doesn’t start until about 1961, and that’s when these photographs start. I mean, we have no history out here.” – Dennis Hopper

Tony: Well, he’s right! You can still have your two-hundred-odd pages of single pictures, and have many others in contact form. It could be the way we’re looking at them, slightly more enlarged maybe. I was just looking at some incredible photos of Jane Fonda…

Dennis: Oh, some terrific shots of Jane. With the bow-and-arrow and the bikini.

Tony: So there’s a lot of stuff there. I think we can play with it, and it will read more like a film.

Dennis: You know, the history of California art doesn’t start until about 1961, and that’s when these photographs start. I mean, we have no history out here.

Tony: And you were one of the first patrons, you were collecting art. There’s a picture of you in your living room and Ed Ruscha’s big gas station painting is hanging there.

“But I did have the first Campbell Soup painting. It was in the office at Virginia Dwan’s, and I bought it for seventy-five dollars from John Webber who was the director of Dwan Gallery. This was in ’62 or ’63.” – Dennis Hopper

Dennis: Right. There’s a big twelve-foot Standard station, that was the first one. It’s a great painting. One of his best.

Tony: When Andy had his first one-man show in L.A. at Ferus, which was the Campbell’s Soup painting, you ended up buying one. And they only sold two, I think.

Dennis: No, no. Everybody’s confused. My whole written history is one big lie! [laughs] I mean, I can’t even believe my history. But I did have the first Campbell Soup painting. It was in the office at Virginia Dwan’s, and I bought it for seventy-five dollars from John Webber who was the director of Dwan Gallery. This was in ’62 or ’63. 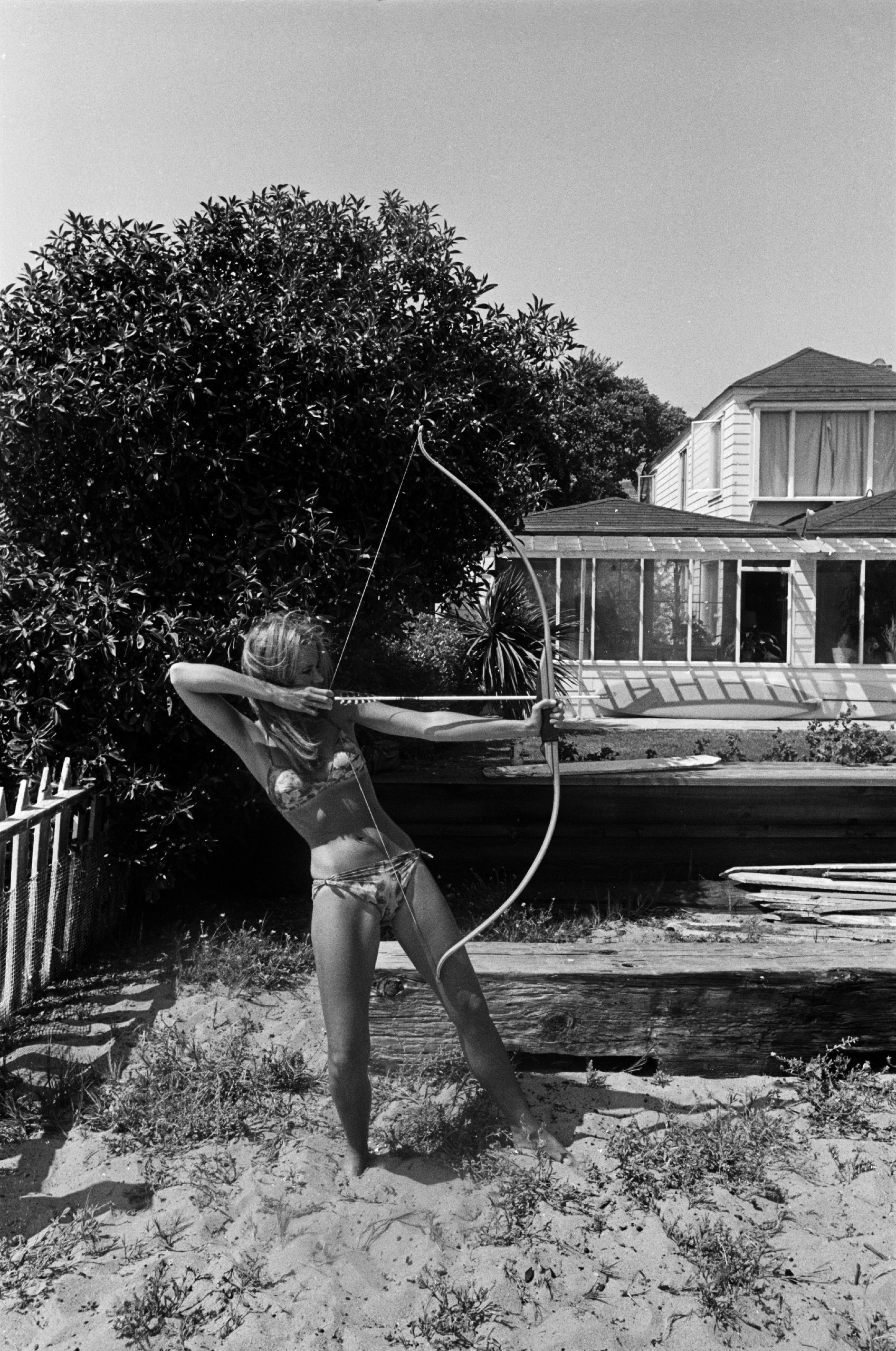 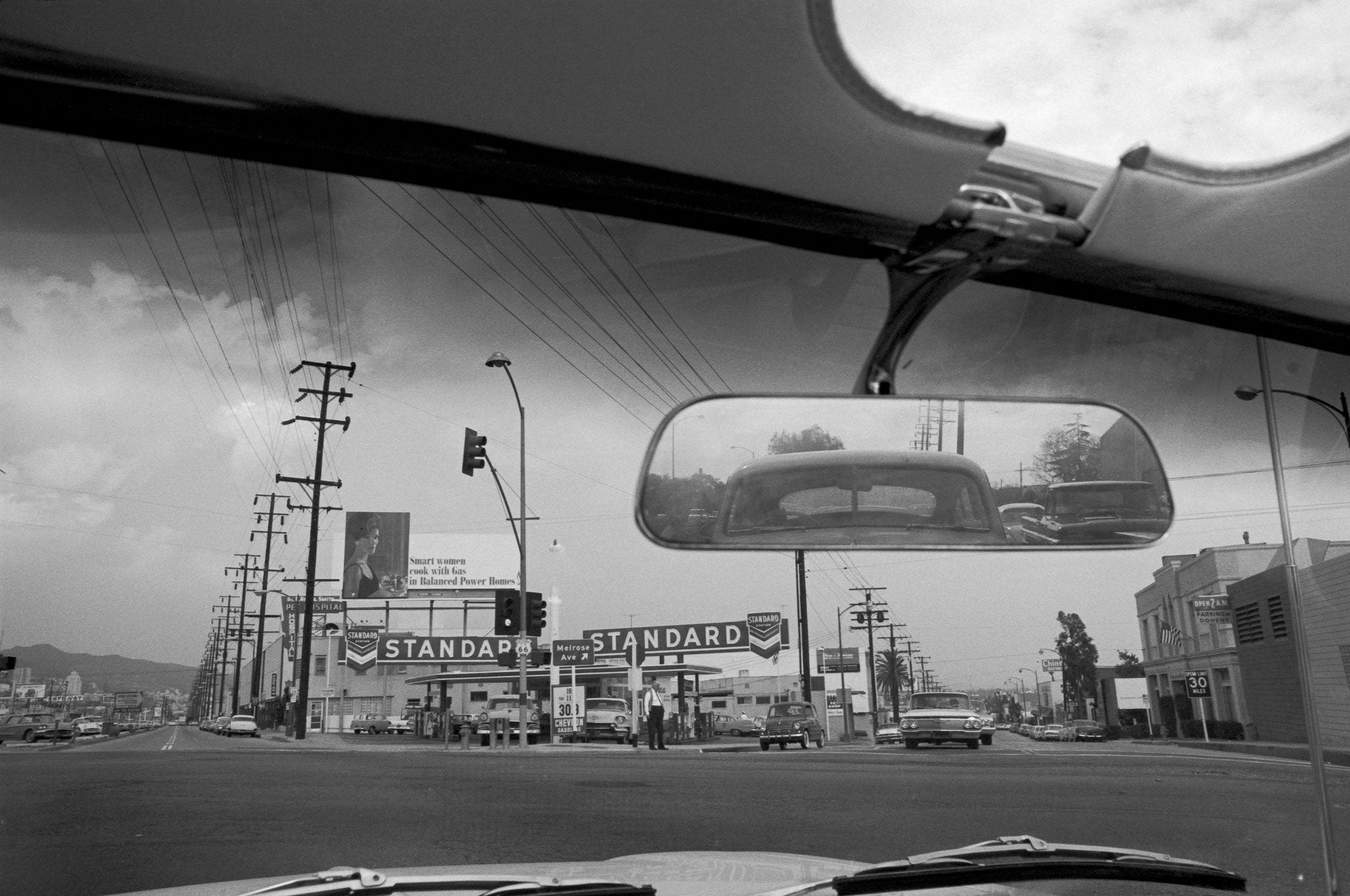 Tony: I think that in planning this book we have to find a way to keep a bit of the narrative that’s there. You were around all the time with the camera. And you can see that in these pictures.

When I look at your photos, I think of the kind of thing that we all did in the early sixties – where we’d take a camera and shoot off the television set, like all the Kennedy funeral pictures you took.

In a way, your images are like a cinema verite of that time. I see a lot of this as an almost naive or cleaner or purer image of the feeling I get when I see Easy Rider. You’re traveling across this wonderful time and space… your photos give that feeling to me. This isn’t just the work of a photographer, but of someone telling a story. You are very much engaged with the subjects – you are part of what is happening. 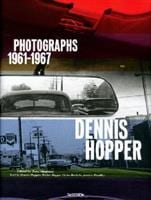