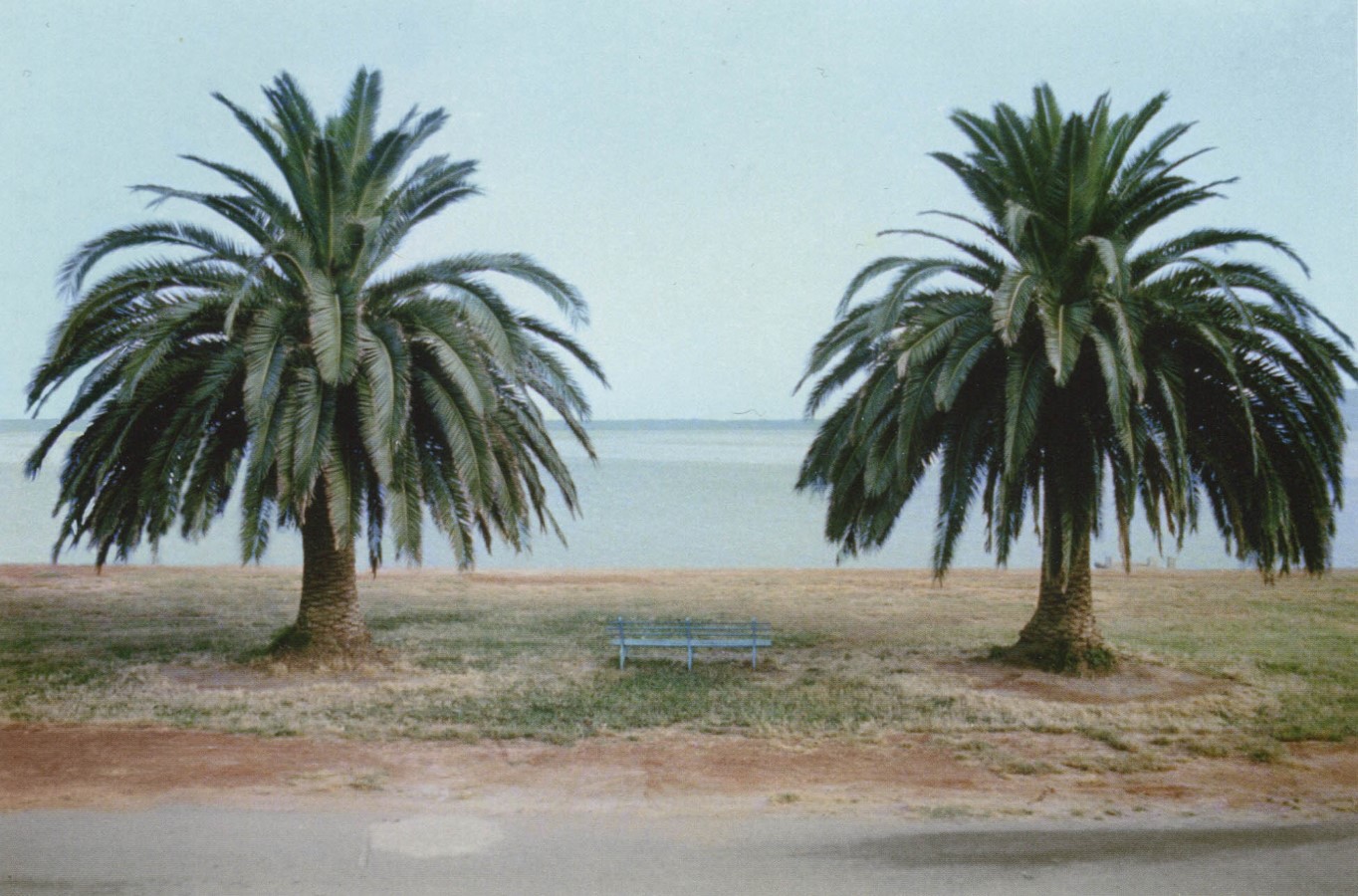 In 1935 Eastman Kodak introduced Kodachrome. A film stock praised for its idiosyncratic, hyper-saturated, color-palette. In 1978 the Italian photographer Luigi Ghirri self-published a book named after the film. Kodachrome is a slim paperback with almost one-hundred plates. A selection of twenty-five vintage prints from the project are currently on view at Matthew Marks Gallery. Shown for the first time in the United States, the exhibition is accompanied by a second-edition of Kodachrome published by Mack Books. The exhibition follows the plate order in the publication, albeit in an abridged state.

The 1968 “Earthrise” photograph taken by William Anders of NASA’s Apollo 8 mission was the first image of the earth from space. Ghirri perceived this photograph as a significant milestone in the complexity of human consciousness. After images had been made of both the atom and the earth, he felt it was his responsibility to decipher human existence between these micro and macro extremes. Thus to be able to see reality more clearly through photographic surrogates. For Ghirri, the world was a labyrinth and making pictures was a means of “tell[ing] the real identity of man, of things, of life, from the image of man, of things of life.”

Kodachrome is not a complete vision of our existence, nor does it attempt to be. Instead it is a collection that brings greater attention and transparency to our complex world and the choices made to create it. The photographs employ distortions such as, mirrors, murals and reflections in addition to, central verticals, spatial flattening, varied scale and competing geometries. Ghirri referred to the diverse aspects of reality as hieroglyphs, which he intended to become more comprehensible through the “fragmentary” restrictions of photographs. 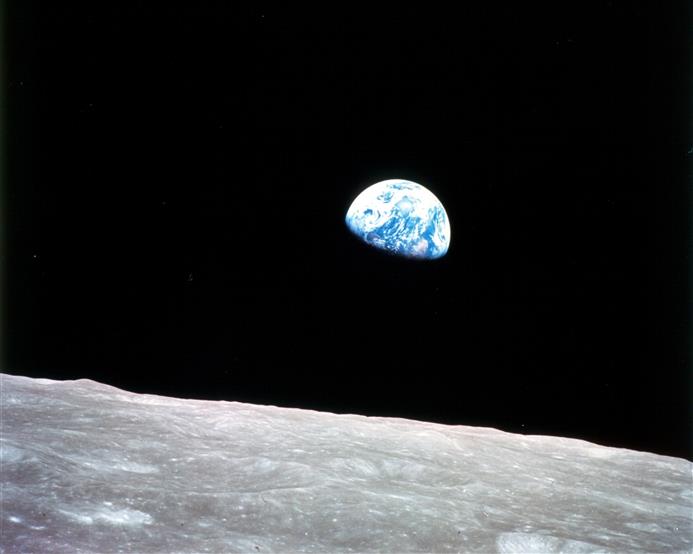 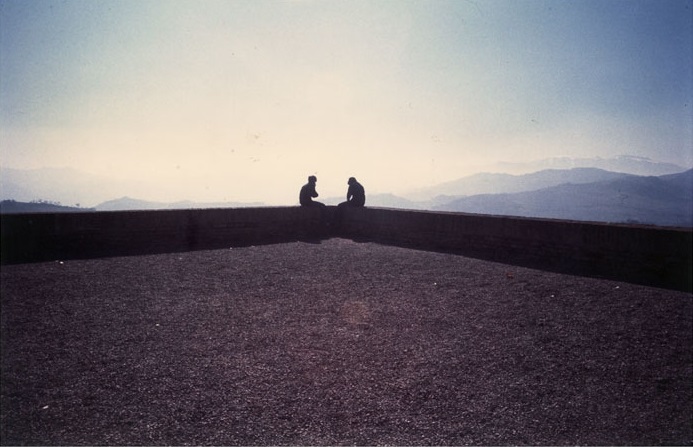 Ghirri’s pictures are about keen observation, without the flamboyance of American color photography from the same period.

Ile Rousse (1976) shows a painted wooden beam in light sun, bisecting two halves of Mediterranean water, with boats, low clouds, and a narrow strip of sand. The centrality of the beam flattens the picture, and the two halves of beach could be posters on a wooden wall, or when viewed quickly, two separate pictures. The work is reminiscent of John Baldessari’s painting, Wrong (1967), where an image from a photography manual shows a man standing directly in front of a palm tree, which appears to sprout directly out of his head. Ghirri’s irreverent style is accepting of compositions that may appear at first glance to be amateur or of a novice. These exceptions all play a central role in Ghirri’s aspirations for clarity achieved through scrutiny. 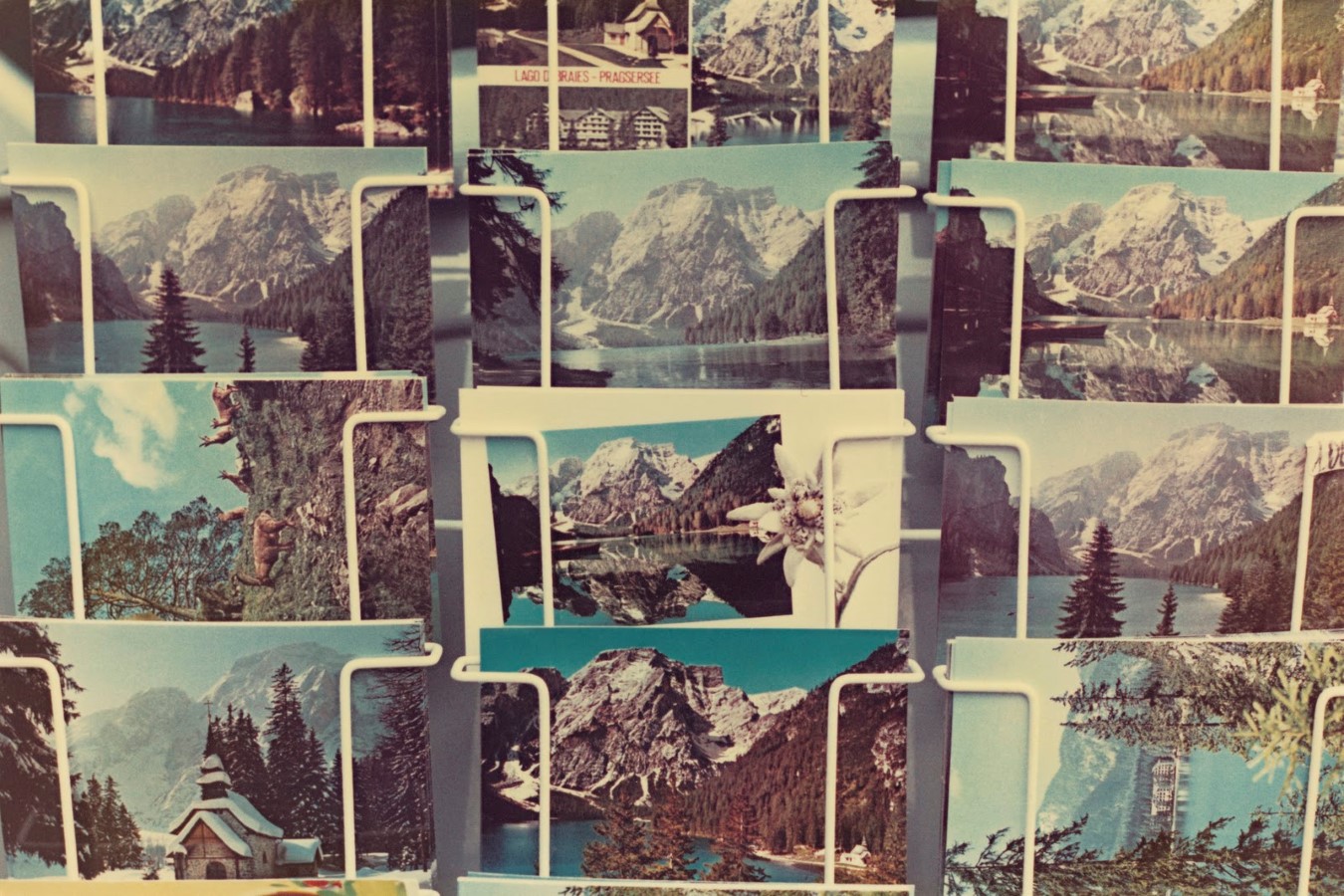 Baldessari is recognized as a progenitor of 1980s, appropriation-savvy, art- making, and Ghirri simultaneously explores these same tropes. Much of Kodachrome’s second half is devoted to pictures within pictures, many of them advertisements, and these riff on our culture of mass-media and reproductions. Promotional tactics that were called into question by artists such as Barbara Kruger, Cindy Sherman, Richard Prince and Louise Lawler, are here explored earlier-on by Ghirri. Engelberg (1972) shows a Sprite billboard with a bottle floating in a massive waterfall. This is beneath a real-world snow capped mountain range, of similar tones, that is flattened by the photograph into a single plane. Beneath the billboard are the makings of a construction site that is hidden by the massive sign, meanwhile, a group of three pedestrians is walking by unfazed in the foreground.

Ghirri’s irreverent style is accepting of compositions that may appear at first glance to be amateur or of a novice. These exceptions all play a central role in Ghirri’s aspirations for clarity achieved through scrutiny.

Color is often eclipsed by subject in these photographs. This adds irony to a title like Kodachrome, which conjures up the hyper-saturation of William Eggleston or Ernst Haas. Ghirri’s pictures are about keen observation, without the flamboyance of American color photography from the same period. The book title engages with a knowledge of the film’s wide-spread adoption by both professionals and amateurs, and the breadth of its usage. The back of the book explains, “Kodachrome is the emblematic title of a photographed universe and universe to be photographed…” The title then becomes a marketing strategy, which links to the film’s reputation and simultaneously the democratic ambitions of the photographer.