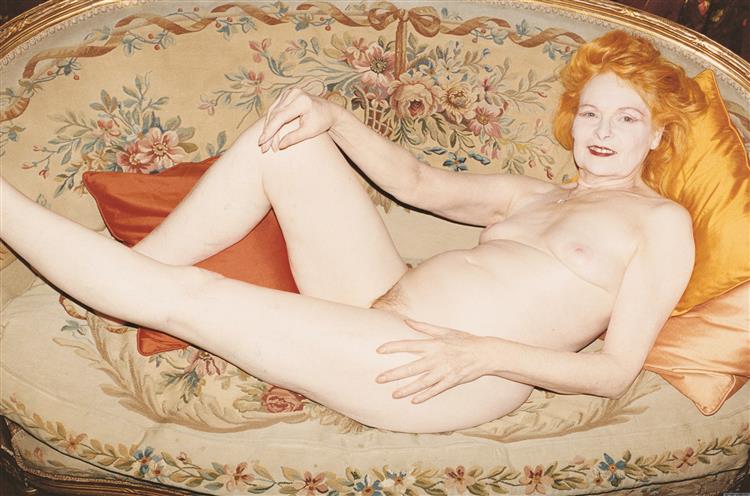 When greeted by a large-sized triptych of a nude Vivienne Westwood effortlessly lushed out on a plush sofa, a black and white print of Kurt Cobain cuddling up with his guitar, and a same sized print of a grey fluffy kitten in a blossomy summer garden you know you’ve entered the world of a wayward.

The first impression of the next section of the exhibition, the ‘Reading room’, is one of entering a ‘too-cool-for-school’ East London hipster’s bedroom and having a look at his cut out images from trendy fashion- & art magazines. The second impression is one that lasts longer.

Prints are smothered onto the wall from floor to ceiling stacked on top of each other – mixed and matched together as kids on summer camp. His most commercial advertising works, fashion editorials, iconic celebrity portraits, personal- and private works.

It is overwhelming realizing just how extremely influential Teller has been for fashion photography of today when seeing the seemingly endless amount of raw, rough, and ready skinny naked girls looking at you in a confront fierce manner. Repeated favourites are his muse Kate Moss, his partner-in-crime Kristen McEnamy, and his lady Vivienne Westwood.

Even though Teller’s photography always seems to be made with a glints in the eye (something that contemporary fashion photographers succeeding him often seem to lack) these works alone doesn’t strike you much anymore – but when mixed together with images of intimate family portraits, banal still lives, and captured observations of a cuckoo they do. It becomes a multi-dimensional potpourri that creates a colourful whole. 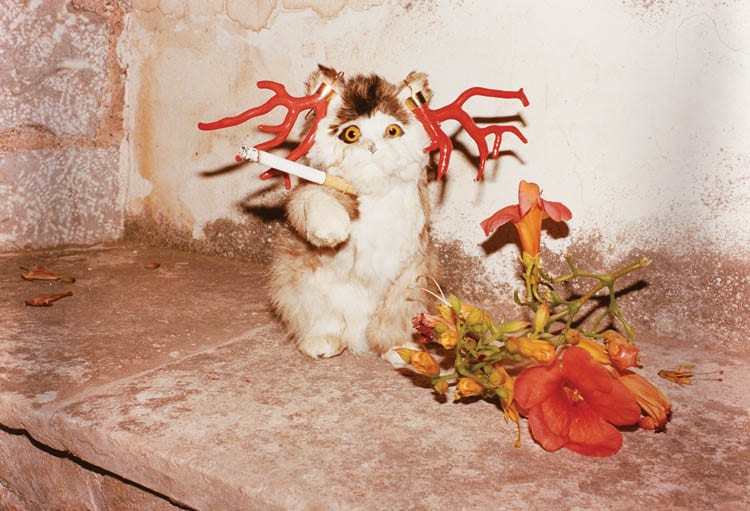 As the exhibition moves upwards so does the style – in a bright, high-ceiled exhibition hall his photographs hangs neatly, even so oddly paired and sized, in elegant white frames. Here exhibits some new work, but also work already seen downstairs as low-key wall posters in a different light – the same photograph of trees on a sunny summer’s day that there looked like a simple snapshot from an family album is now exhibited as a profound, carefully composed, landscape photograph surrounded by an almost poetic aura.

Four giant prints are hanging in the next hall together with a poster sized noisy i-Phone self-portrait of Juergen Teller himself. His work and the exhibition are wide spread – his seemingly honest, straightforward, anarchic style is full of details, context, and contradictions. His new work, ‘Irene im Walden’ (2012) are hung separately from the rest of the works and are the most un-expected in the whole exhibition.

‘Irene im Walden’ consists of 32 digital C-type prints in A4 size. This is a series narrated through photographs and text and would fall into the category conceptual art photography with a big A. His mother is figuring in the photographs as well as the German forest from his hometown and the surroundings of his family home in Suffolk. The story is personal, with elements of traditional German fairy tales. It’s a beautiful little series that are completely different from anything previously seen by Teller.

Flat and fascinating – high and low – a genius of contradiction that little by little expose himself without his hard core shell of grit and roughness by exhibit more images that are more naked than any of his previous nudes.