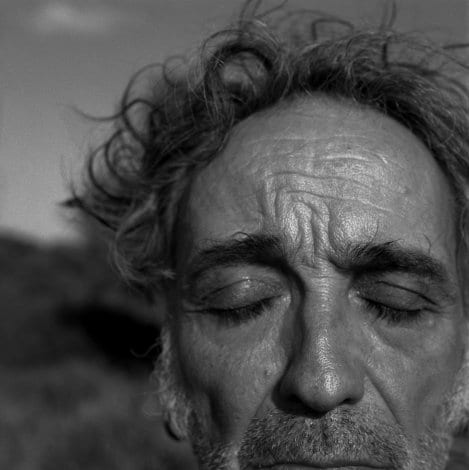 “A way of seeing is a way of being”, says  in the video From Where There is no return. And this is exactly what this exhibition is about. Through his camera, García-Alix (León, Spain, 1956) has documented his life as a way of finding himself, as a way of being.

Self-portrait is the first major exhibition entirely dedicated to Alberto García-Alix in Barcelona. García-Alix is an international renamed contemporary photographer who based his 40 years of career in documenting his environment, photographing his friends, his bikes, his lovers, his places, and himself.

And here he is. Here, in these self-referential pieces of work we can get into his poetical universe, his generated reality, submerging with him, with his work, and trully enjoying by watching, imagining, reading and feeling.

Despite the name of the exhibition, Self-portrait does not only collect García-Alix’s own image as a chronological documentation of literal self-portraits, but the concept understood in his wide sense. This is a collection of Alix’s work where he considers himself reflected. But what part of García-Alix is not self-referential?

As the curator of the exhibition, Nicolás Combarro, affirms “it is hard to find in this artist’s work any item that is not intensely self-referential. We could go as far as to say that his entirely oeuvre, taken as a whole, forms one great self-portrait.” 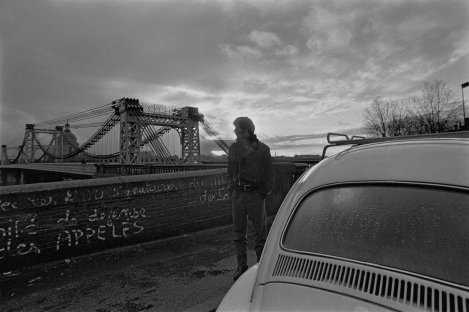 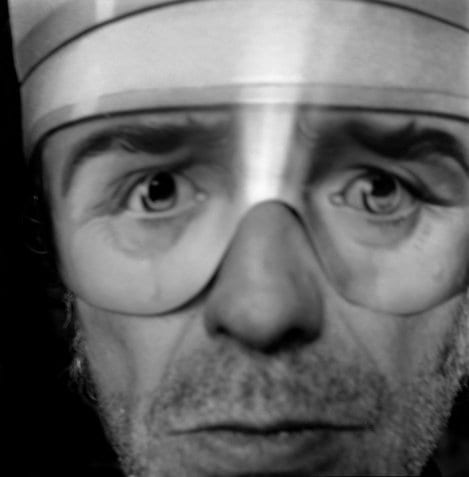 However it is important to emphasise that this exhibition is not García-Alix’s diary. In fact, although these images have followed the author’s life, Alix’s intention is to generate a new reality in his pictures where there is room for the imagination of the spectator.

This exhibition is formed by seventy-six pieces of his photographic work that go from his first negatives at the end of the seventies up to now. This exhibition allows the spectator to see the progression in his self-portraits -how he became more and more intense and introspective in his images within the years.

In the first self-portraits of the exhibition, that refer to period of the seventies and eighties, he poses in a defiant attitude in front of the camera or shows actions of his life with the intention to generate a parallel fiction beyond his reality. But as his work advances, we see as his self-portraits are more close-ups, capturing his face and parts of his body as a way of trying to understand himself in a mature vision.

Alberto is a photographer, but also a poet. The titles of the photographs of the exhibition combine perfectly with the pictures themselves, generating a universe that becomes a beautiful and touching narrative.

Self-portrait also show us the video work of the artist. First with the trilogy Three sad videos and then with From Where There is no return, those video pieces are a strong final touch to the exhibition.

The artist combines photography and video fragments along with deep poetic texts narrated by the himself. In these autobiographical pieces, made during his stay in Paris, García-Alix tells, with his experienced and intense voice, fragments of thoughts and stories that create intimate atmospheres. They bring us to a new emotional reality based on his own reality.