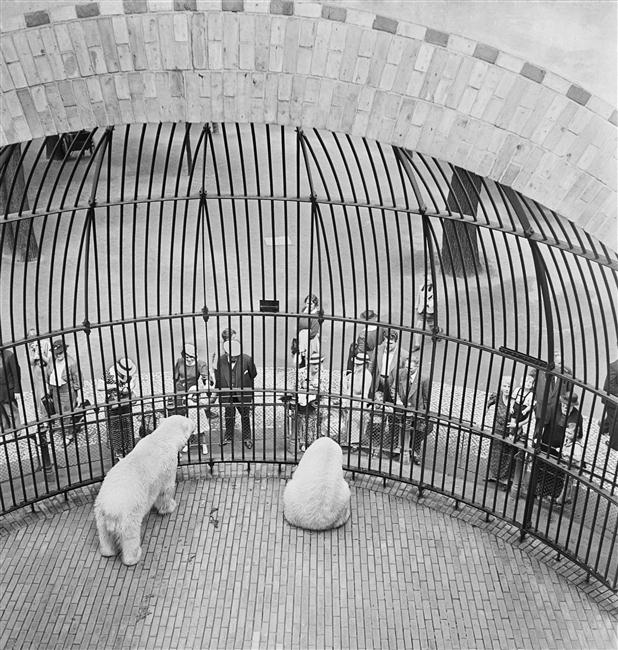 Kudos all around. “Rediscovered” in the exhibition’s title is somewhat misleading because the Vishniac whom we encounter here is an entirely new construction for most of the photo viewing public. The story of how we come to meet this icon with such clarity for the first time in January 2013 is an important one for the history of the medium. That the Center and curator Maya Benton bring it off with scholarship, aplomb and magnanimity is greatly to their credit for many reasons. Add to this the fact that the Vishniac archive now rests in the Center, also thanks to Benton, and it’s easy to see that this will be the definitive Vishniac show, probably for all time. Even if Vishniac isn’t the brightest star in your pantheon, the way the material is handled surely sets the bar for photo-historians going forward.

The Vishniac we all know from the founding days of the Center was a risk taking photojournalist and documenter of eastern European Jewry on the brink of extinction prior to WWII. The world, as it appears in his books, came to represent the culture and history of all Jews who escaped the Holocaust and provides the backstory for works such as Fiddler on the Roof and Schindler’s List. His oeuvre, as we knew it from those books (A Vanished World, for instance) established Vishniac as part of the constellation of “Concerned Photographers,” those practitioners, championed by the Center’s founder, and Vishniac’s personal friend, Cornell Capa. These photojournalists demonstrated a lifelong commitment and passion to use their work to further social progress and equality. [/column][column width=”45%” padding_right=”20px”]As photography came to be taken more seriously as an agency for social reform, its use as an artistic medium grew, too, and the creation of a better historical record started to raise questions about the pedigree of some of its key images (see, for instance, New Doubts by Larry Rohter, NYT, 8/17/2009).

As the stars of pioneering photographers dimmed, artists mined photography’s illusionistic qualities for creative purposes. Practitioners in this vein are numerous, but Cindy Sherman and Jeff Wall are prime examples. Today, its methods dissected and discredited, photography has come to be regarded as a source of created, rather than absolute, truth.

Enter Maya Benton, now adjunct curator. As Alana Newhouse artfully explains in A Closer Reading of Roman Vishniac, NYT 4/1/2010, Benton’s research began as an art history student at Harvard University. Her chosen subject led her to Mara Vishniac Kohn, Vishniac’s daughter and executor of his estate. She was granted unrestrained access to the archive and, as she studied, the received notions of Vishniac’s practice began to unravel. Vishniac had been highly selective in the images and captions he released in order to create the empathy needed to support the relief efforts of the Jewish Joint Distribution Committee which had commissioned him. Their intention was clearly to raise funds to alleviate the suffering created by growing anti-semitism and the dislocations of WWI. Close croppings, fictionalized sequencing, and captions at odds with fact, all anathematic to the precepts of photo-journalistic truth now… are many. The actual Eastern European Jewish population, in Vishniac’s own record, was assimilated/secular as well as religious, cosmopolitan and rural, wealthy and poor; much broader and more varied than in A Vanished World. Would Vishniac then simply be another falling star? 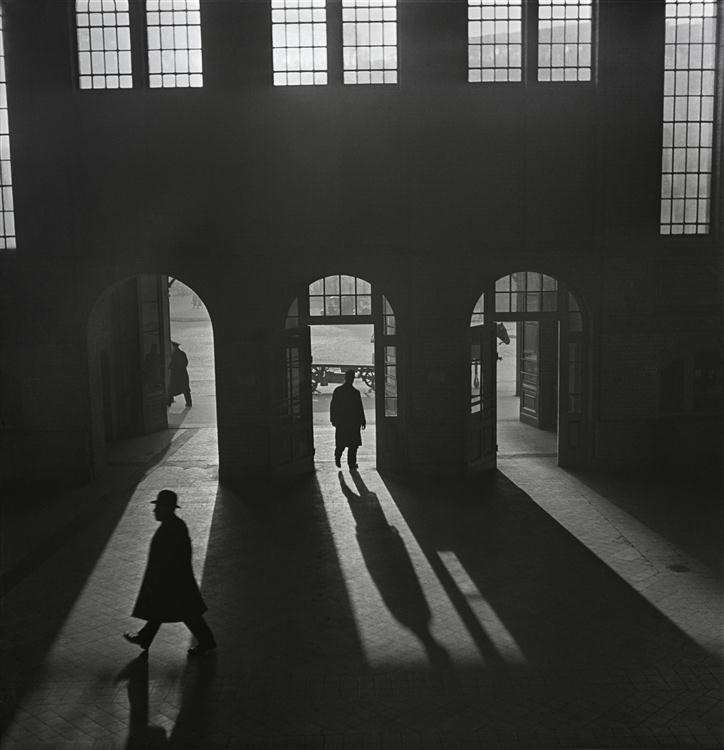 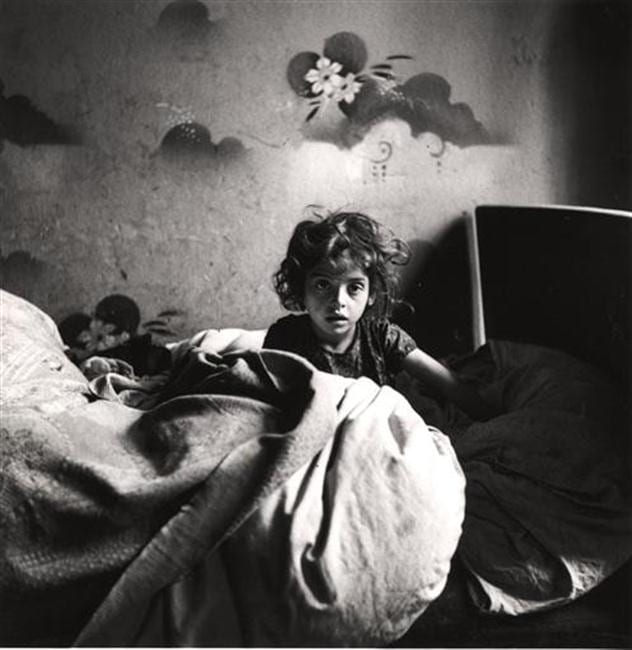 Sara, sitting in bed in a basement dwelling, with stenciled flowers above her head, Warsaw, ca. 1935–37

No. Thanks to Maya Benton’s insight, tact and persistence, the family placed the archive in the care of ICP (the archive itself is freely available, amazingly annotated and cross-linked online for viewers). In this show, Benton’s research and Vishniac’s photos reconfigure our view of the Jewish population before the war. Early on, he had wandered the streets of Berlin, noticing architectural features with a Bauhaus eye (Interior of the Anhalter Bahnhof, a railway terminus near Potsdamer Platz, Berlin, late 1920s–early 1930s), and made wry Winograndish observations about people at the zoo (People behind bars, Berlin Zoo, early 1930s.). In 1935, however, he was commissioned by the American Joint Distribution Committee to photograph Jewish enclaves across Eastern Europe, the famous Sara photograph (shown here in its uncropped version) dates from this period. This and subsequent trips are the source of the Vanished images. The contextual evolution of the images is documented as well. In 1940, the YIVO Institute for Jewish Research, newly relocated in New York displayed Vishniac’s images from pre-war Poland, documenting the insular culture of Orthodox Jewish populations. During the first exhibitions of these photographs at the Institute in 1944-45, word was received of the destruction of the communities in the images. What had begun as a plea for aid became a visual epitaph for millions.

After the war, Vishniac worked with relief organizations here to continue his documentation and fund raising activities. He eventually reestablished his professional credentials. He was a trained biologist and expert micro photographer; one of the exhibition galleries features his scientific photographs and movies. He eventually settled into a life in which his status as one of the gods of photography was assured.

In this viewer’s opinion, however, this was not a good situation for photography. Every generation needs to assail the gods of the previous generation, and, some have fallen hard. An unfortunate consequence of this is that, as photography education becomes more and more formalized, a certain remoteness from reality has evolved. Perhaps the powers that be have learned to hide truth from the lens. Art photographers relish how easily photography can be made to create illusionistic fantasy and dreams, and nascent photojournalists practice pure, straight image making as an article of faith rather than intellect. Editorial choices and contextualization are in the hands of art directors, aestheticians and picture editors. Vishniac was not a god, but now, thanks to shows like this, the man and his very considerable, human achievement can inspire us all.