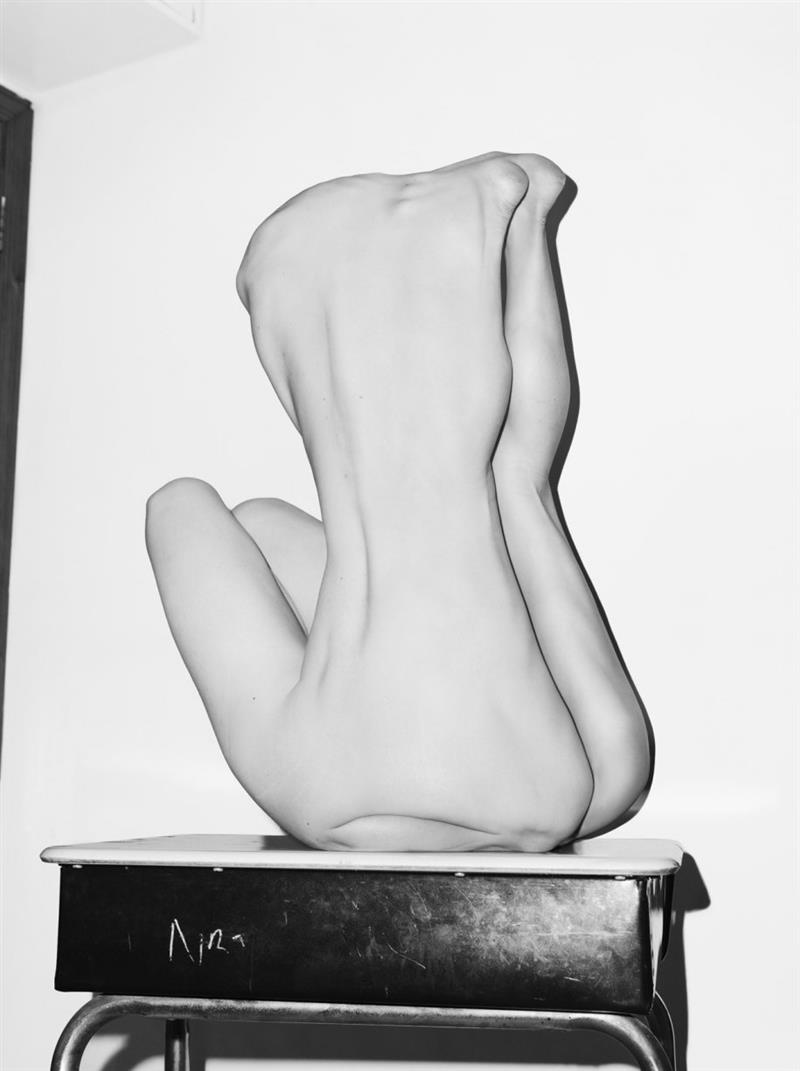 “I am tired of photography.” – Asger Carlsen

Asger Carlsen’s new book, Hester, features twenty-one impossible photographs.  Their subjects are almost humorously mangled yet unbloodied human bodies.  The first image is a pile of plump flesh with stretch marks, mounded in globs atop a bipod consisting of an arm and a leg that sprout from beneath the assemblage of human forms.  A spine can be made out, a bellybutton, the texture of skin is perfectly reproduced, as are the gentle shadows created in direct light and the sharp crease of folded skin.

In each image these details are recognizable, and in some there are also appendages – arms, legs, fingers — that allow us to conceive of Carlsen’s sculptures as oddly mutilated people.  Some cannot be thought of this way, as they are slabs of what appears to be human tissue wrapped in skin and supported by bone, but regardless of configuration, throughout Hester there isn’t a single human face embedded in the carnage.  This makes empathy difficult and encourages us to view Carlsen’s work as something inanimate.  Although dominated by violated human anatomies, these images are not really about the body, but can be read as commentaries on photography and on form. 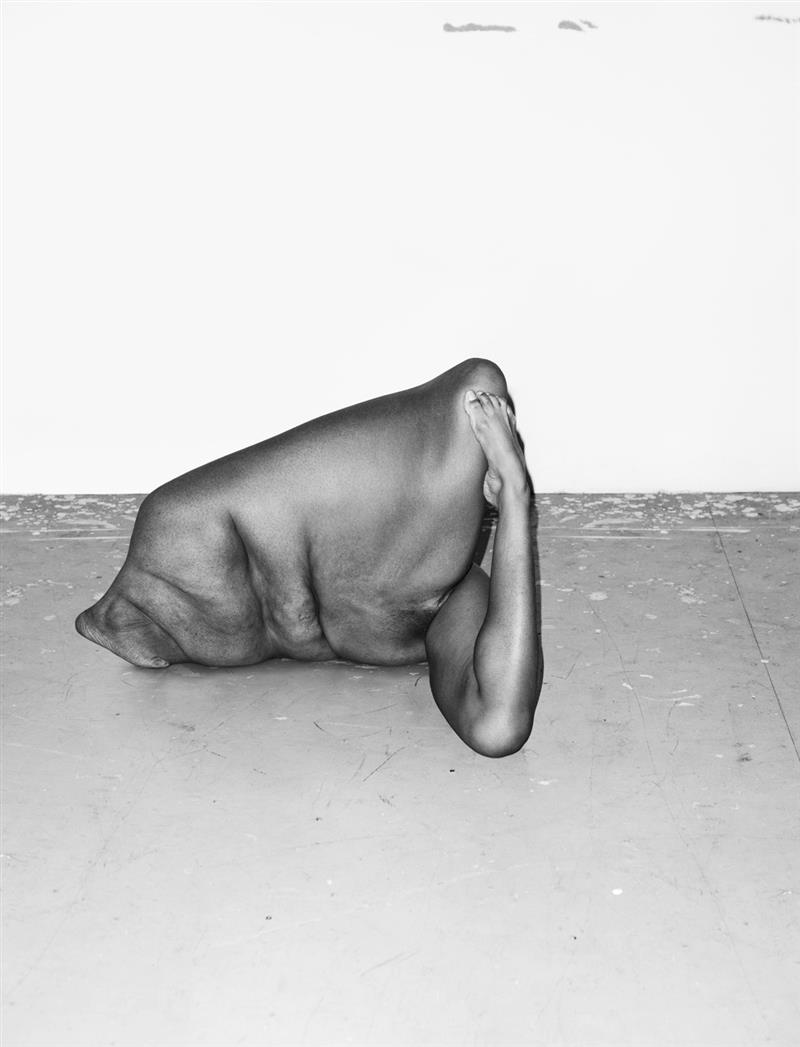 In Hester and his previous work, Carlsen combines photography and sculpture and turns the combination on a subject that otherwise cannot be sculpted: the human body.  This is the trick, and genius, of Hester. It gives the images their dueling monstrous and intriguing qualities, one stemming from their apparent deformity and the other from their originality.

No one has approached the body in this fashion before because it couldn’t be done without the strange cross-section of interests and skills that belong to Carlsen.  He is part sculptor, part photographer, and part collector.  He admits that his “photography” is more sculpture, and describes his technique of creation as one of accumulation.  Once he has obtained many images of bodies he finds interesting, he begins to knit them together into one of his disturbing humanesque figures.

There is nothing like Carlsen’s photographs, they are unique in a global sea of images that are rapidly becoming indistinguishable for their volume.  The artist himself states “I am tired of photography,” and in his careful melding of mediums, he has escaped his boredom for the deluge, and created something that is distinctly apart from it.  Different, and utterly appealing for it.