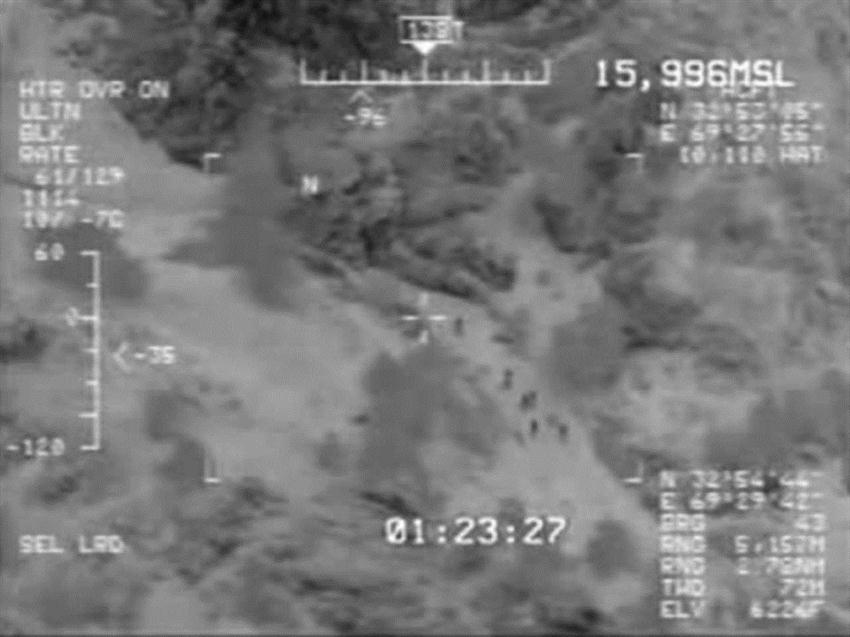 Trevor Paglen has an MFA from the School of the Art Institute of Chicago and a PhD in geography from UC Berkeley. These fields merge in art concerned with clandestine military activity, or “black sites.” His website establishes intention to, “deliberately blur lines between science, contemporary art, journalism, and other disciplines to construct unfamiliar yet meticulously researched ways to see and interpret the world around us.” Subjects have included drones, military satellites, remote testing sites, and invisible-spectrum radar surrounding the United States. Security in place of freedom is an earmark of the last decade in America, and Paglen acts an interpreter of all things covert.

Paglen’s show at Metro Pictures is a survey of recent projects, anchored by The Last Pictures, a collaboration with the New York public-art group, Creative Time. The result is a silicon-wafer, micro-etched with a selection of 100 images, cased in gold-plated aluminum, and sent into geosynchronous orbit on the hull of the communication satellite, EchoStar XVI. The object is intended to survive humanity’s decline, the sun’s inevitable expansion, and if luck persists, the end of this universe. The casing is etched with astrological and earthly demarcations, meant to contextualize the time and place of its creation, and written in a language believed to be universal.

The exhibit begins with a group of massively printed skyscapes, space abstractions, and distant military sites, in tones of blue, rust, dusty pink, powder blue, and charcoal. An image of the National Security Agency’s Utah Data Center, used to monitor domestic telecommunications, looks like a model of a futuristic lunar base. The skyscapes are dotted with nearly undetectable military drones, that quietly disrupt our gaze like flecks of dust. To the unaided eye these photographs could be mistaken for darkroom manipulations like those of Wolfgang Tillmans or James Welling; Stieglitz’s Equivalents also come to mind. These links to abstraction are welcomed by Paglen, who prefers to include atmospheric distortions that yield allegorical undertones. Like Richard Misrach, the photographs synthesize human dilemmas with the beauty of nature’s spectacle on a massive scale. 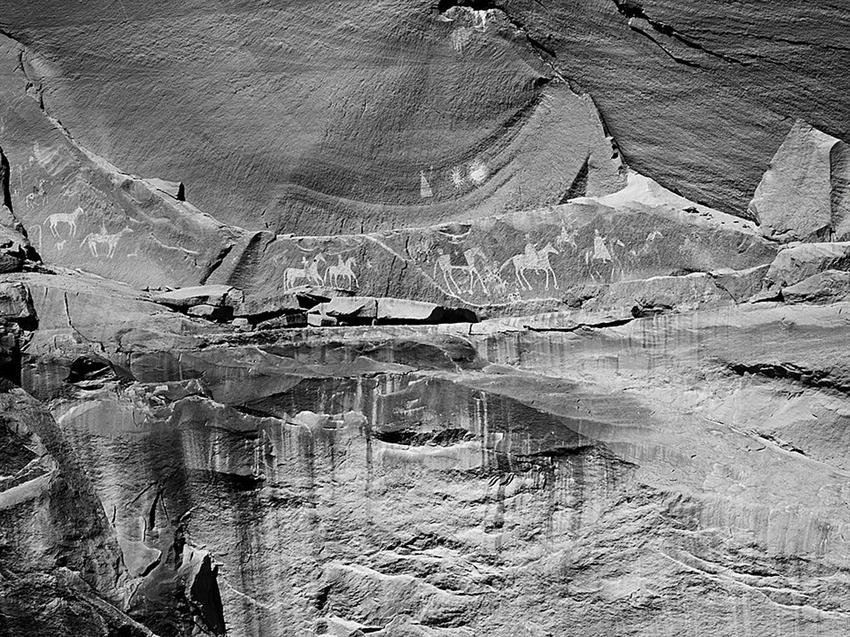 The Last Pictures dominates the rest of the exhibition; a grid displays 182 images that were considered but ultimately not selected for the project. Large choice-images depict a massive close-up of Bruegel’s Tower of Babel, a spread from an 1879 dictionary, created by Father Johann Martin Schleyer in attempt to create a “universal language,” and an image by Paglen, An Entangled Bank (2012), that pays homage to the last paragraph of Darwin’s On the Origin of the Species. A diptych of the Hoover Dam’s construction is shown with The Wow! Signal, a strong narrow-band radio disturbance believed to have extraterrestrial origins, among other pairings. While one cannot say the view is definitive, the choices establish a reel of humanity’s highs and lows.

Many images are self-explanatory, but others require context to fully understand. This dichotomy uncovers the more earthly ambitions of the project. Paglen was inspired by Walter Benjamin’s “Theses on the Philosophy of History” (1940), which was influenced by Paul Klee’s 1920 painting Angelus Novus. In his essay, Benjamin explains, the “angel of history” faces the past and is propelled backwards into the future by the ongoing explosions of the present. Paglen presents an image of the painting’s backside, for us to look back at the ongoing crisis of our time.

In a darkened room, a slide-show loops through the 100 images, while a video documents the movements of EchoStar XVI in space. The multi-channel presentation is evocative of the Internet, where context is built through a variety of media. On a nearby pedestal sits a facsimile of the silicon wafer’s housing. While speaking with the artist, he remarked on two competing philosophies for the project, which for him is not a time-capsule. Consequently, Alternate Artifact (2013) is a silver disk carved with “Leave Me For the Depths of Time,” implicating more terrestrial and timely concerns.

Trevor Paglen is on view at Metro Pictures through March 9.