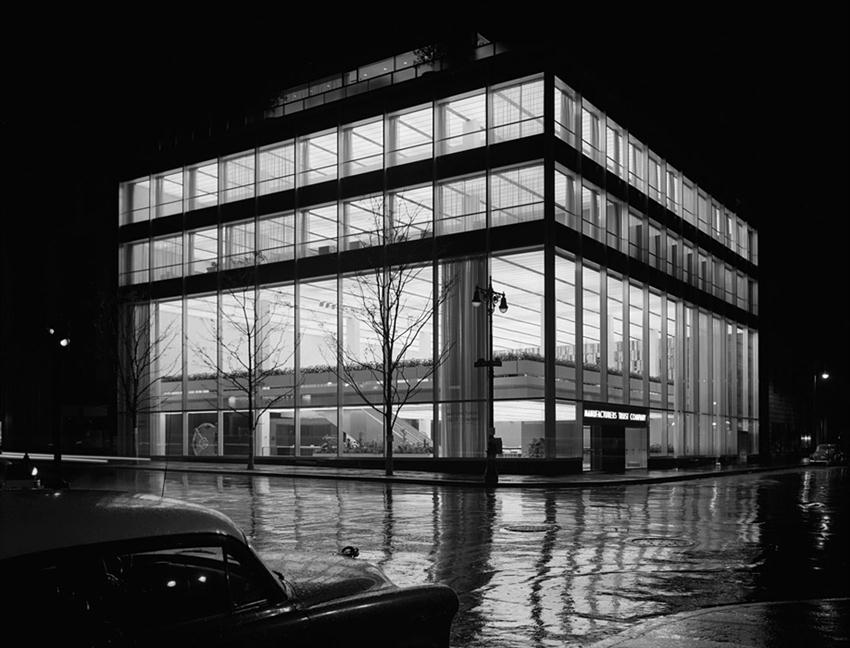 “Beyond Architecture” at Yossi Milo.

The Ezra Stoller exhibit “Beyond Architecture” at the Yossi Milo Gallery has the power to make one fall in love with architectural photography, and with The United States. These images are from earlier, kinder times, when the country’s future seemed as gilded as it was uncomplicated.

Stoller photographed some of the most eminent modernist architecture of his time, but his take on modernism’s powerful new shapes was his own. His use of the see-through transparency of abundant glass and natural light delivered memorable images such as The Saarinen TWA Terminal at Idlewild Airport (now JFK), The Johnson Wax Tower by Frank Lloyd Wright and Philip Johnson’s Glass House.

His images of American industry, the workplace, and the working middle-class are reassuring; everything and everyone is happily in its place. No dead leaves on corporate lawns, no rust eating away at US factories. And, of course, a well behaved family car in the driveway. 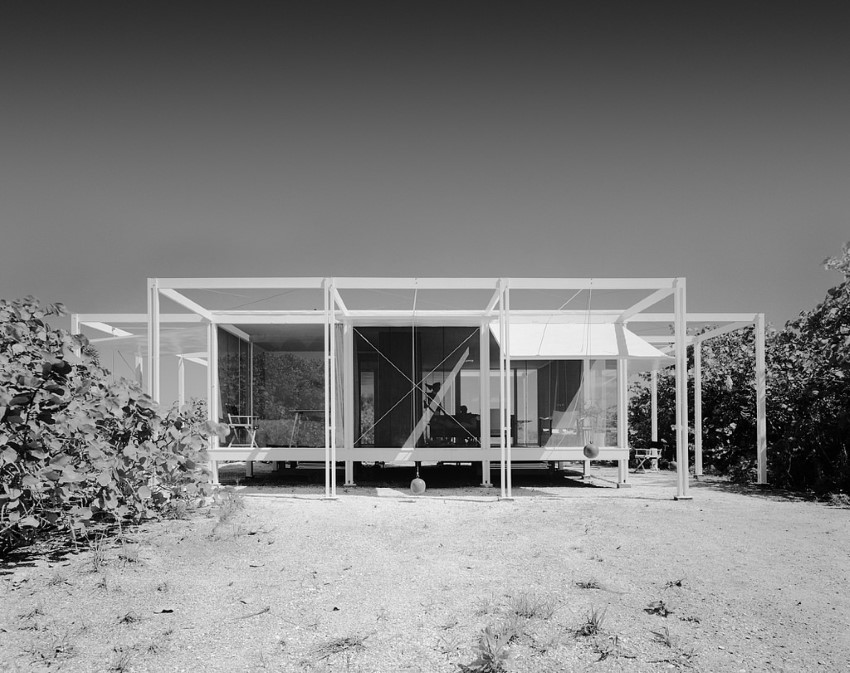 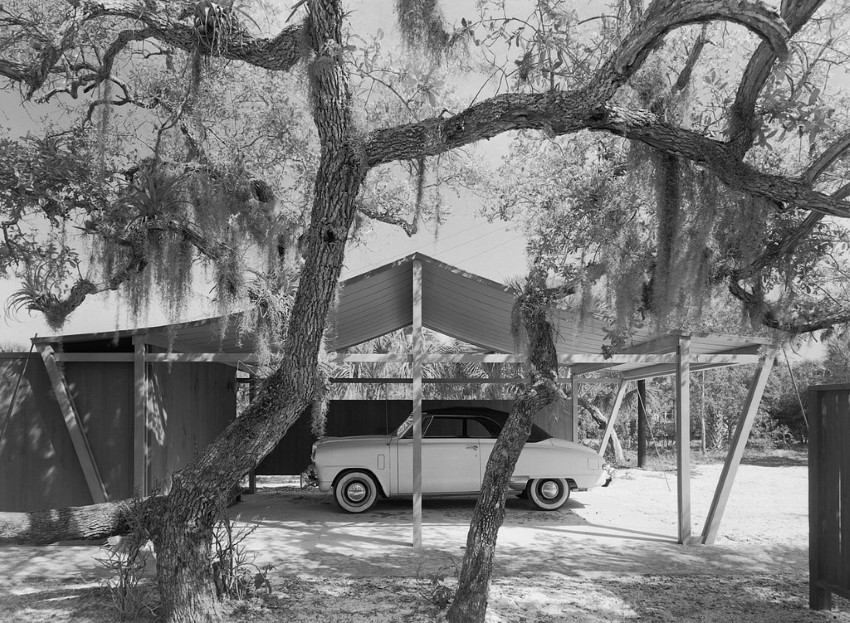 There are images of well mannered workers, seemingly content in their jobs and ostensibly well taken care of. These were the days where one was expected to start at the bottom and retire 30 years later a pillar of the community with a gold watch as token proof of good citizenship.

It’s notable that, like a lot of celebrated art in museums and galleries, most if not all of Stoller’s work was commissioned and paid for. Many of the photographs were intended for annual reports and marketing brochures published by major corporations, and by the likes of Fortune and other magazines for the purpose of illustrating content.

Consequently, it is often said that Stoller’s images brought American modernist architecture into the consciousness of many in the US and overseas who otherwise may not have been exposed to the architecture of imperialism. Thus, through his work, Stoller was unwittingly participating in the process of “branding America”, not only in the US but wherever American culture had established a foothold. This was clearly a powerful and distinctive brand but would prove unstable over time, and in some cases morphing into a double edged sword.

In ways not immediately seen or felt, “Beyond Architecture” stirs the pot of our memories and our conflicting and unsettled values. It forces us to reconsider the expectations of that time (who could have foreseen Watergate, or the assassination of JFK in Dallas in 1963, or that of of Martin Luther King in Mississippi in 1968?), and it invites us to re-calibrate our view of the world today.