“Having a book allows you to prove that you’re not just a one or two picture photographer.”

An Interview with Alexa Dilworth of the Center for Documentary Studies, April, 2011 (Excerpt)

How is having a book of one’s own photographs published important to a photographer?

RA: It allows you to respond effectively to your calling, which is to pay reverent attention to the world and to help others do the same. In terms of practicalities, namely the necessity of winning an audience, which every serious photographer wants to do and must do, having a book allows you to prove that you’re not just a one or two picture photographer. You have a vision and not just a little good luck. Additionally, though still photographers work one picture at a time, a book allows you to put your pictures together so that in some cases they amplify and can make more complex meaning of what you’re doing.

How do you think it’s different from having an exhibition of one’s work, or having them viewed some other way, say online?

A lot of photographers continue to believe that having a book is more important than having a show. I do. Because a book lasts longer and may, if you’re lucky, reach a larger audience. Some photographers also prefer a book because if a text is important it is easier in a book to make that available and to insist on its importance. It’s also easier in a book to insist on a proper order for encountering the pictures. With respect to the option of having your work online, it seems to me many photographers still prefer books to that too, and the reasons are complicated. But a picture on paper, assuming it’s well reproduced, is closer to the experience of holding a print than seeing an image on a screen. There is also an important satisfaction in holding a well-made book. It’s a beautiful object form that itself suggests wholeness. The pleasure of that object still matters to a lot of photographers. Finally, protecting your right of ownership to an image is relatively easier with a book. This is, of course, a big problem for everybody. 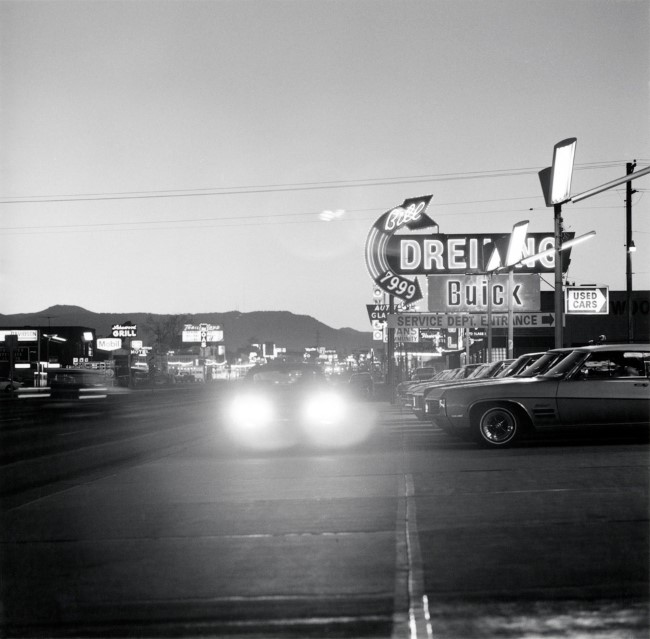 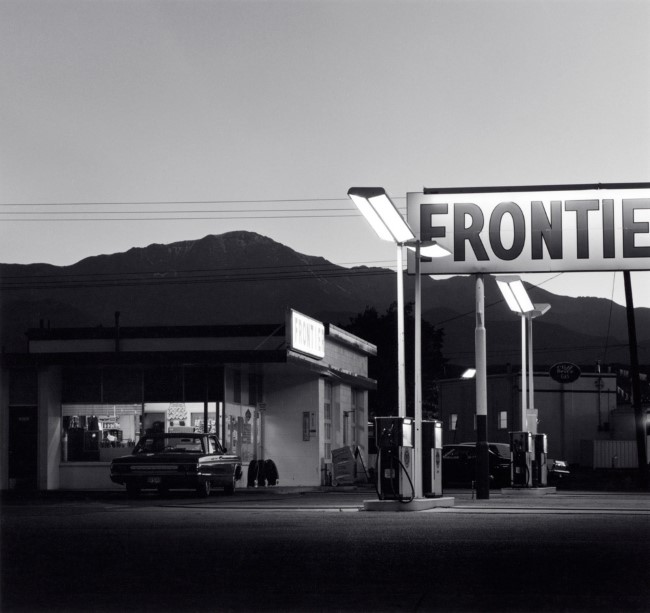 Well, then it kind of comes to this question of having one’s first book. I’m wondering what you think when you look at your first books.

Well, it’s of course complicated. Sometimes I think I could have done better. But basically I’m deeply grateful to the small press – Colorado Associated University Press – for giving me the chance to get started. I don’t know where I’d be, frankly, if that hadn’t happened. With a little luck, a book has a slowly building power. It can be a real help. Survival in photography depends, in my experience, on a synergy between shows and publications. The first book I ever did, White Churches, actually sold for awhile on remainder tables for a dime a copy, but even at that, it did get an audience that cared about it. And, after all, that’s the final target.

“Survival in photography depends, in my experience, on a synergy between shows and publications.”

I was also just thinking about Summer Nights, Walking and having that reissued… that’s sort of an interesting thing too.

It is. It’s been a privilege to go back and redo several books. But of course you wouldn’t be fussing with replication if you didn’t somehow get the original out.

What do you think when you look at The New West now?

I remember that John Szarkowski several years after the book came out – and he was instrumental in helping me get it out – turned to me and said, they didn’t get it, did they? Meaning the printer, Rapaport, which was state of the art at that point. And I had to say, no, they didn’t get it. But the full answer would be they didn’t get it but they got a piece of it. And that absolutely changed my life. I was hanging on by a thread economically. It didn’t change it quickly but subsequent to publishing the book I was able to scrape of some foundations support, and I don’t think that would have happened without the book.

I think having a book can change one’s life… as this was the First Book Prize, what were you looking for when you were looking at photographers’ work, looking through their prints?

I was looking first for a sequence of important pictures that was book length. That means somewhere between thirty and fifty pictures, minimum. Surprisingly, it’s a fairly high bar to clear. After I found the submissions that qualified in that way, I then looked for two things in the pictures. I asked first of all, was the work important, was it serious? And I don’t mean important necessarily in terms of direct social consequence, but because it seemed to come from a commitment of spirit rather than a commitment to following the right trend or making the right career choice. In other words, did the pictures help us, in Samuel Johnson’s words about real literature, “better endure or enjoy life.” It’s really the only standard by which we care about a book, or pictures, or text. The second thing I asked, and it’s something that you have to ask with some caution, was is this work fresh? None of us makes anything wholly new. But by the same token, art can’t awaken us if it just copies art that we already have. Ernest Hemingway said, if memory serves, that in art you can steal anything, as long as you make it better. The qualifier is, obviously, important. You have to make it better.

Read or listen to the entire interview: