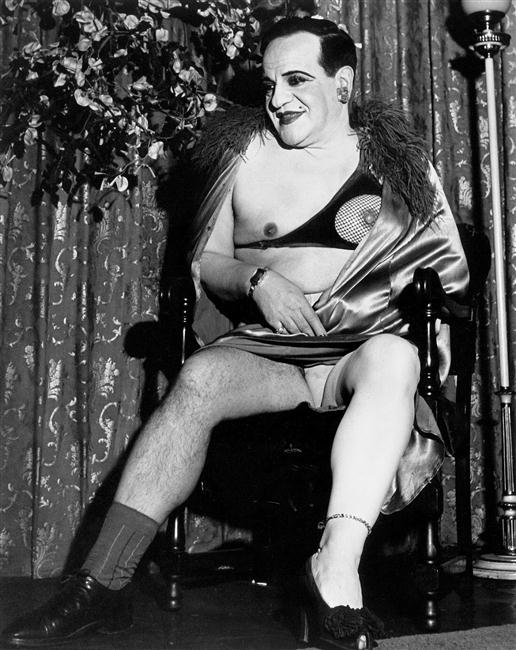 Model’s art is definitely antibourgeois: her judgments indict the middle class’s smugness as well as its selfishness.

By Max Kozloff, Excerpt from New York: Capital of Photography, 2002

Model’s art is definitely antibourgeois: her judgments indict the middle class’s smugness as well as its selfishness. For example, she depicted a man in profile, seated on the sidewalk, his hat out for coins. Coming toward him and toward the photographer is a horde of pedestrians. Model associates herself with the lone man by her amazing street level proximity in the immediate foreground, a device that also truncates the passerby from the waist down so as to underline their existence as an uncaring, brainless mass. Locking in horizontal shadows from the right, the frame intensifies the contrast between the man’s stoic, powerful face and the crowd’s blurred momentum. A viewer would not be wrong to accept this picture as a comment on alienated social relations but at the same time the robust concision of the tableau serves to electrify her statement well above the level of moral commonplace.

Model had great composition skills. She placed bulky presences in taut spaces, as if each had no further business than to be destined for the other. When she applied this resource consistently to pictures of very different subjects, they acquired a grandeur of design, no matter how tacky the locale. New York itself did not inspire her photographic style, which had matured in Europe, but the city did give Model an enlarged stage for encounters with social phenomena. Since she was prone to viewing them as theatrical events the word “stage” is appropriate. Weegee, too, had a sense of theater, but it was centrifugal, whereas Model’s was centripetal, a drawing in toward the center. So accentuated is this centering that her pictures almost have the density of still lifes, even when movement is explicit in the scene. Yet Model cropped her photographs, to avoid symmetries. A staggered yet powerful rhythm marks her studies of New York feet in motion. They come close to abstraction in their cadence of shape and interval while also expressing the inexorable crunch of the street. When she peered into store or restaurant windows however, Lisette Model accomplished something even more original. Glass is a compromised surface; transparent yet also reflective, it picks up echoes of objects from behind the viewer and veils some that are before her. We find such visual disjunction in many photographs by this petite woman who used it to meditate on solitude in New York. The man in a Delancey Street restaurant becomes a figure estranged in a play of light and shadows projected from multiple sources. He’s a kind of untermensch hemmed in by a real interior, yet randomly camouflaged by a spectral urbanscape. In this photograph, the setting itself gets into the act as a reflected overlay on the man at the right.

Model developed a style that was simultaneously punchy in layout yet undeniable in content.

Delancey Street, on the Lower East Side, a neighborhood filled with crypto Europeans, reminded Model of Paris. Such a memory man be at work in the apparitional qualities of Reflection, New York and other photographs she took of the city windows, where near and far had their counterparts in present and past. During her European youth, Model had a long spell of psychotherapy; in New York, she was a displaced person living by her wits in a precarious field. Whatever they may reveal about the perceptual aspects of New York streets, the windows also tell of the photographer’s self-reflection. All those scurrying feet in her sidewalk pictures imply, perhaps, the impetus of a crowd that she could never understand, while all those ambiguous nuances associated with glass windows may speak of those individual experiences that can never be retrieved. Almost as if she had to row against these wayward currents, Model developed a style that was simultaneously punchy in layout yet undeniable in content. 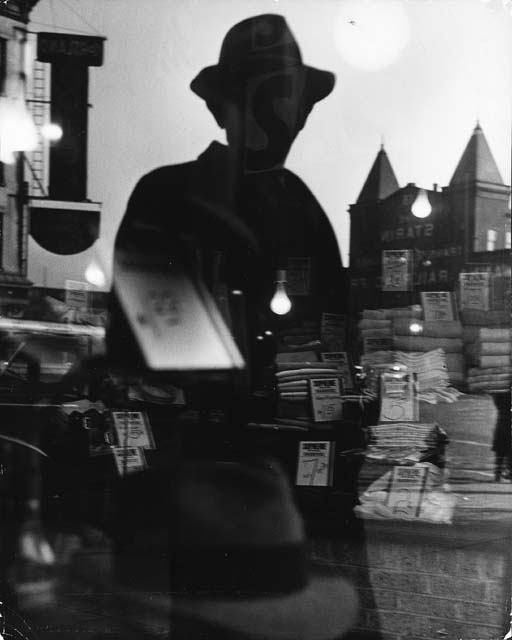 The art of Lisette Model signals a break in what might be called the psychological evolution of New York photography. It’s manifested in her attitude toward the citizenry, so often interpreted as a misanthropic stance. She was unquestionably equipped with satirical impulses – as was Weegee. Both could give a caricaturist’s wicked attention to the human face. One look at Model’s picture of the cheaply jeweled and plumed denizens of Asti’s restaurant is enough to show us how easily she could turn them into fools. This hostility runs through a number of brilliant, well-received pictures she took of vulgar, avaricious, and narcissistic behavior in chic New York nightspots. But when Model turned her gaze toward the destitute, she squeezed lemon juice on a few of them, too. And this, in some quarters, would be hard to forgive.

Just the same, a case for Model as an antihumanist photographer is hard to establish. It was human inwardness that concerned her and the lack of it that she attacked.

Just the same, a case for Model as an antihumanist photographer is hard to establish. It was human inwardness that concerned her and the lack of it that she attacked. This distinction would never have occurred to Weegee, the comedian. Model’s art veers toward the tragic. Where he was a gymnast of disparagement, almost asking you not to take him seriously, she employed a selective malice. It is quite true that she took advantage of people – including poor ones – who could not imagine the unflattering guise in which she would portray them, but her photographs suggest that vacuous behavior, as much as a spiritual state, is not confined to just one class.

Model was the first socially conscious photographer of New York to operate beyond the gravitational field of Lewis Hine, whose faith in progress and in the camaraderie of work had had its day. Model came from a ravaged Europe in which the ideal of social justice was temporarily obliterated, but she saw that American democracy did little to acculturate human deviance, or to help the destitute. Hers was less a dispirited or fatalist view than fascinated recognition: she depicted misfits, dropouts and poseurs as charismatic, irrepressibly flawed beings in a cruel environment. 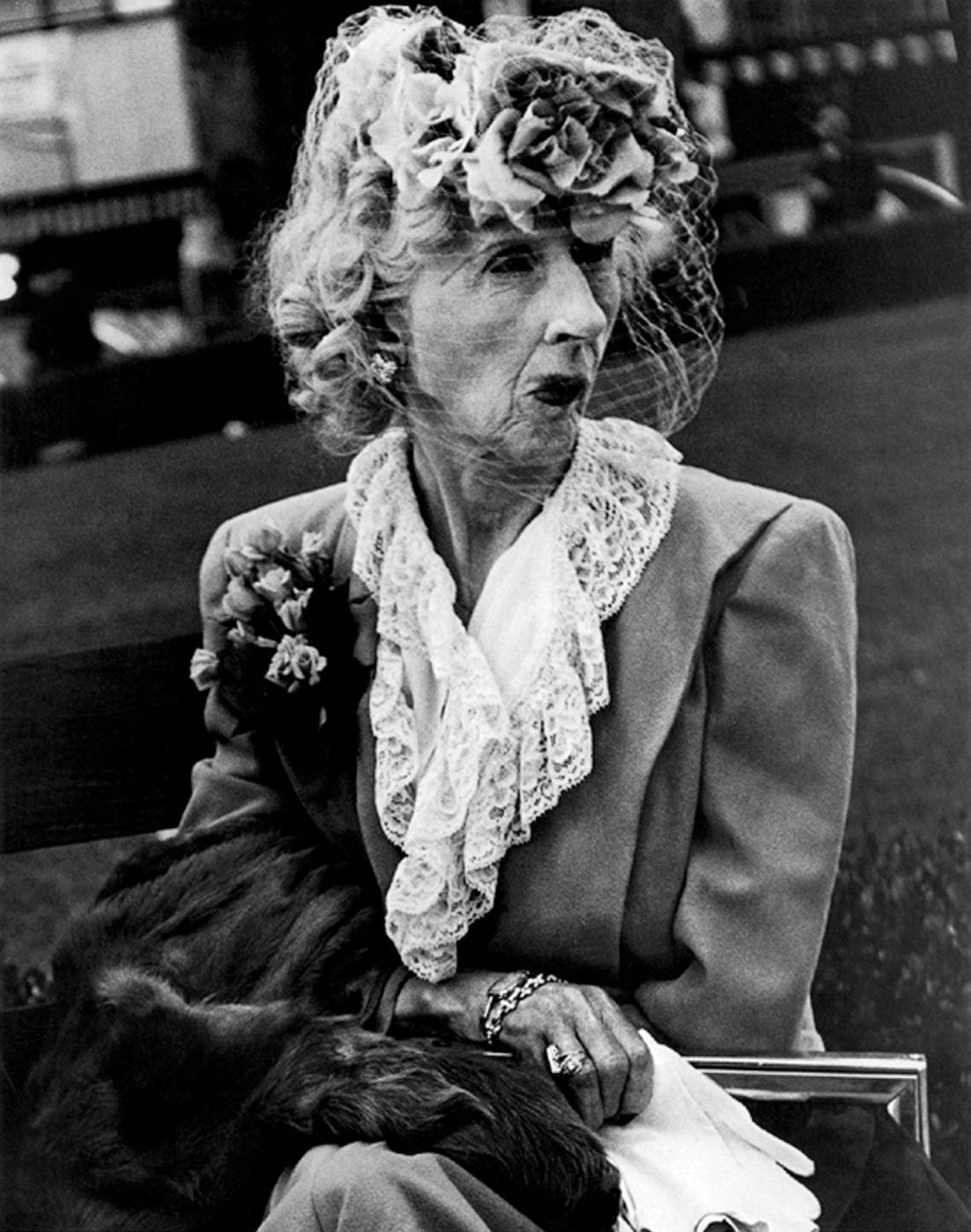 In her private teaching, which exerted influence deep and wide, Model emphasized that the greatest failing of photographic practice was indifference.

In her private teaching, which exerted influence deep and wide, Model emphasized that the greatest failing of photographic practice was indifference. When she approached human debility or an oddness that could be sinister, it was as fully engaged artist. In contrast, ancedotal or even reportorial photographers were likely to be disengaged for it was the story that mattered to them, not their feeling. Where others might judge her beggars to be afflicted loners, she saw them as “strong personalities” with whom she identified, because her life either had been or could be like theirs.

At the time, editors and colleagues regarded Lisette Model as a forward looking artist by virtue of her pictorial strength, but it was her effrontery that counted more, and proved to be the most modern thing about her. She redefined the documentary mode, introducing motives that could be questioned. Weegee and Model are like bookends to the chapter of photography in 1940s New York. In their work, the stressed optimism of the Photo League, where they were both respected, took on a darker shading. Weegee went on to a kind of fame, if not fortune; Model was skeptical of fame and experienced steady indigence. Yet, in a slightly delayed action, she inspired a significant following. Without the insights of both these photographers into the unsavory aspects of American society, whether ordained by culture or conditioned by the city, it would be impossible to imagine the candor of the work that was to come.