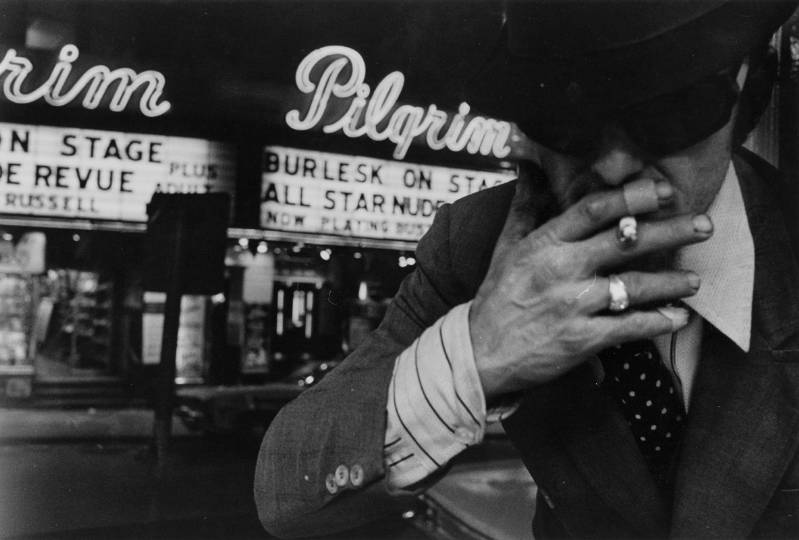 By Roswell Angier, Text excerpt from “‘A Kind of Life’: Conversations in the Combat Zone” (1976)

“It seems like what has been done in the way of magazine articles and stuff like that”, one of the strippers at the Two O’Clock Club tells me, “has to do with the really raunchy girls. Or the really freaky looking girls. There’s this one girl, for instance, who’s even bigger than Chesty Morgan. She is, honestly. Her breasts are bigger than watermelons. She has to harness them up.” She tells me about Honeysuckle Divine, who does “pussy tricks” on stage, like playing harmonicas with her cunt. And she talks about the prevalence of silicone; about a girl who had injections in her breasts, thighs, legs and buttocks. She is quite matter-of-fact about it. “After a while,” she says, “you get to be able to tell who’s had silicone. The top of the boob doesn’t move at all. It’s like cement. There was one girl who had some shots in her nose and her cheeks. She had to sleep sitting up every night or it would slip into some other part of her body.”

At some of the other clubs, I learn about silicone and sex-changes: about Carla, a man with silicone breasts who ties his penis back between his legs and covers it with a wig of female pubic hair; and Andrea, whose whole body has been refashioned with surgery and silicone. Andrea would not consent to be photographed. She worries about being manipulated, about having her picture published in a girlie magazine. She warns me that she is a nice girl, that she has a husband with connections. “You just want to see my cunt,” she says. “But I don’t show my cunt to everybody, I don’t care what you think, I’m married, and I don’t do that stuff. So you better be careful. My husband’s out there, and he’s watching you.” Before she goes on stage, she crosses herself and bends over to touch the floor in front of her feet. Her body movements are abrupt and disconnected. Her hips, perhaps because of the tight gown, seem to collide with invisible objects.

Watching Andrea dance, my fascination alternates with a feeling of gross self-indulgence. My perceptions of her are clouded over with cliches. Visions of freaks, sex-changes, silicone tits and unnatural acts dance through my head. “A striptease show,” I remember having read in a journal of sociology, “is experienced as a vicarious liberation from culture.” But by whom? It would be convenient for me to see Andrea as a savage queen who tempts the tourists (who don’t know that she was once not a woman) further and further out with the lure of her secret ambiguity. But I know her thoughts don’t run in that direction. In her mind she has a husband. And she is a proper lady. She does not knowingly do business with the strange.

Andrea is a key. She does not think of herself as a stripper, but as a showgirl. The difference between the two are subtle and possibly specious. But to the women who are in the business, the distinction is an important one. In part, it has to do with age. Strippers are often older women in whose memories burlesque is still very much alive, or younger women who have picked up the extravagant style of the old queens. They are real cockteasers. Showgirls, who tend to be younger, are less melodramatic. They get just as naked, but they are less genital. Their sexuality is polymorphous and familiar, a kind of aura. You can tell showgirls from strippers, sometimes, by their stage names: Jeri, Deirdre, Melanie, Coty Lee; on the other hand, Devil’s Delight, Satan’s Angel, Blaze Starr, Tempest Storm, Honeysuckle Devine. The effects they are calculated for are miles apart. 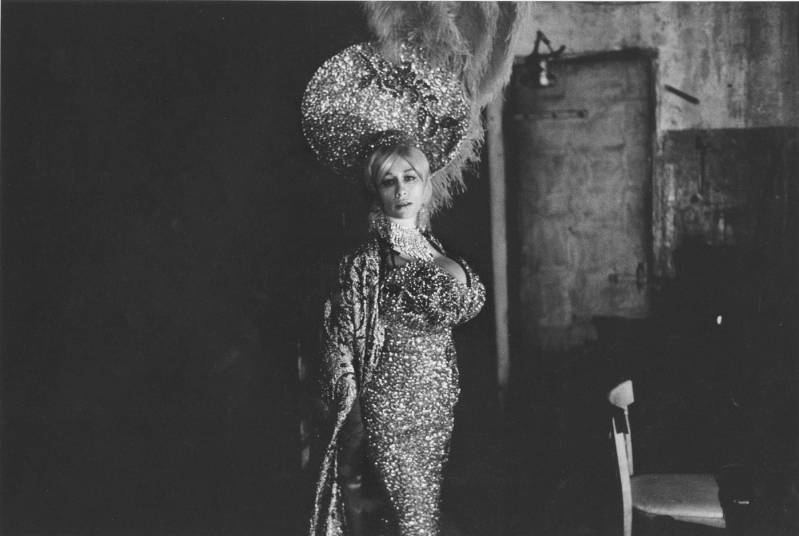 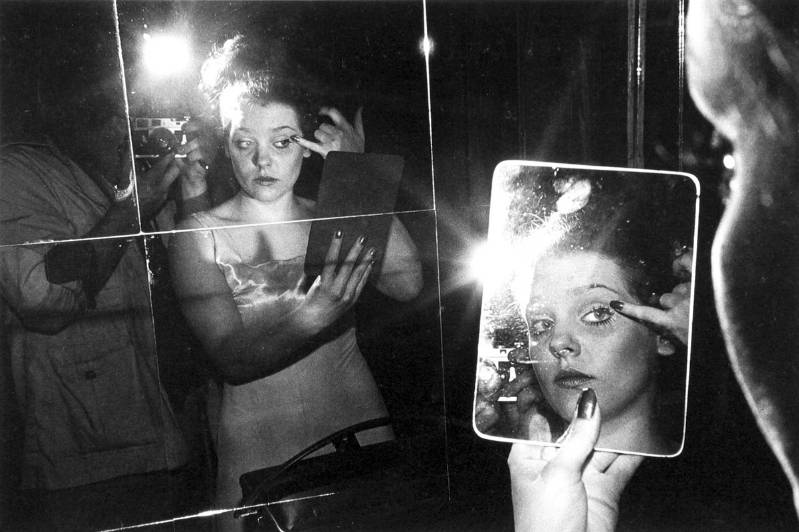 Showgirls do not come on as messengers of a forbidden orgasm. “Have you seen Faye Harlowe?” one of the people who works in the office at Two O’Clock asks. “She could be a real showgirl. I mean that girl dances. And she’s a lady. She never gets down on the floor. I don’t like girls who get down on the floor, because the minute they do that, they’re on eye-level with the customers, and they never should be. Customers should always have to look up at them, and remember that they’re ladies.” In trade jargon, it is a matter of “class”, a strict adherence to certain generally agreed-upon modes of behavior. To be classy is to be a survivor, and that is what this game is all about.

Cool and sometimes ladylike, a showgirl’s personal style is her armor, her defense against her own vulnerability. Ideally, she doesn’t make easy mistakes, like falling in love with a musician, going out a lot with customers, getting uses and abused by men in the more obvious ways. She is not perceptibly tough when she is out on the floor hustling drinks and chatting between shows. Nested away under the formulated girlish put-offs and double rows of eyelashes, predictably innocent dreams of another life take place. A car. A nice apartment. Good clothes, money in the bank. A businessman. Someone in a tailored suit. Someone with class.

In both dream and reality, this rarely means a husband or an ordinary life. “Have you seen Roberta? She wants to be an actress. And she’s crazy as a loon. She’s a girl who should really be in Vegas, where she’d be taken care of. She should not be a stripper. She’s gorgeous. She’s got incredible boobs, great style, but she’s basically helpless. She could get taken for a ride here, falling in love with some fool musician or something. She could get really hurt. If she were a showgirl in Vegas, the same series of events might happen, but in a high-class way, without the low-class pain. In Vegas, she could find someone to protect her.”

Love is not supposed to be part of the game. But for every showgirl who dreams of safe harbors with older men in Vegas, or a sugar daddy with class in Boston, there are many more who make the one mistake they are supposed to guard themselves against. The reality of their sexual behavior, which is what they depend upon for a living, is a different from the ideal pattern. “Zone people,” according to a bartender who has worked in the area for a long time, “are day-to-day survivals. I’m not talking about the guys who own the clubs and invest in business outside the area. They’re the only ones who are keyed for long-term survival. And they’re the only ones who don’t often make mistakes. 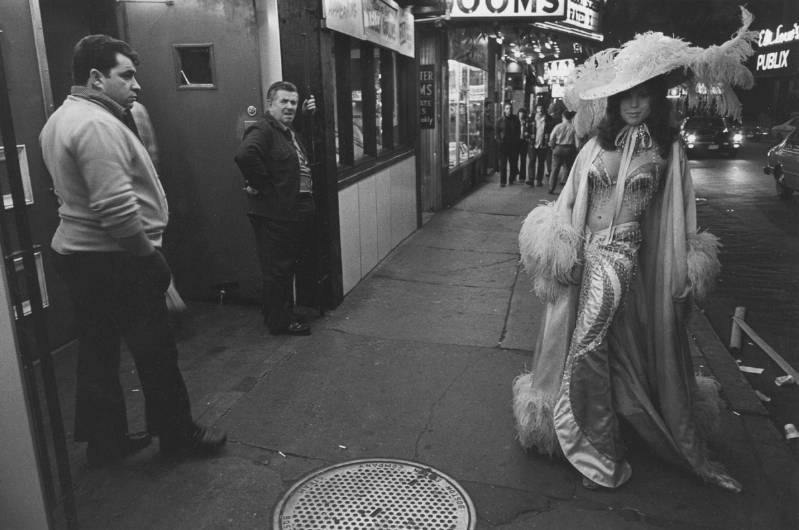 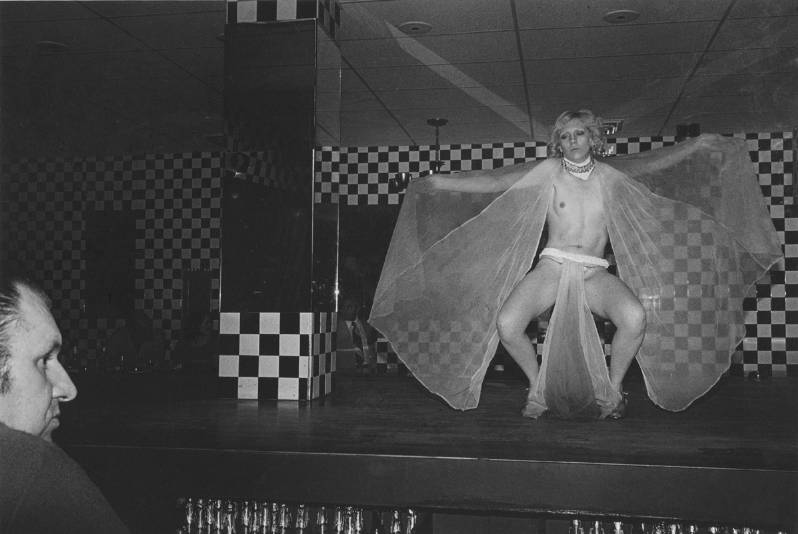 “Some of the girls with invest in a business. Maybe they have a boyfriend who wants his own small bar, and they’ll come up with the cash. The old-time strippers, like Blaze Starr, may buy their own club. But you take most of the girls, say they’re making three hundred bucks a week, their biggest mistake, and by far the most common, is they fall in love. Now they’re striving for a home with some guy that they’re living with. Marriage is unheard of. So they go together six years, which is a long time, and they’ve been laying out money for this and that, and then the guy says fuck it, I’m takin’ off.

“Bingo. Now the girl’s six years older and she’s likely to come out of it with nothing. Around here, a girl rarely walks away from a guy with money in her pocket. If she makes the mistake of falling in love twice, she’s gonna end up in her thirties and still have nothing when the second guy takes off.

“The difference between the guys that most of the girls get tied up with and pimps is that the guys don’t realize that they’re pimps. Or the girl doesn’t recognize herself as a hooker. But it’s the same game, the same basic set-up, no matter what they try and tell themselves. It may not be conscious, but it’s there. The guy plays, the girl works. What’s the difference? The only difference is the Cadillac, the flash roll, and the way the money’s comin’ in.

“In other words, at least to the best of my knowledge, a lot of the girls have never literally turned a trick. ‘Give away a million before you sell a penny,’ that’s their philosophy. But they don’t know what they’re doing. They don’t think about what’s gonna happen in ten years, because they’re young. They’re short-term survivals.”