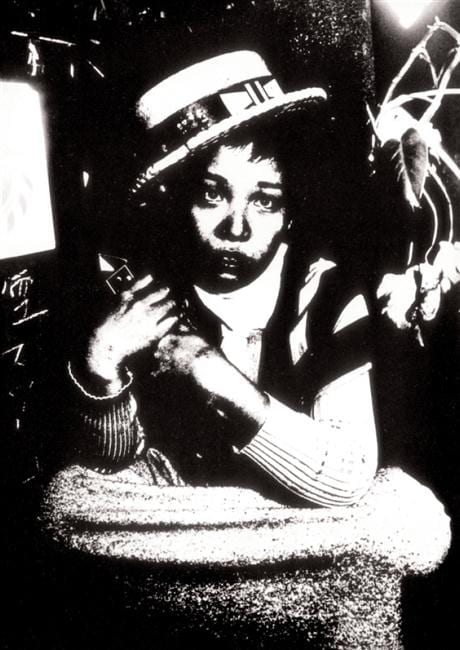 The photographs in “Photo Express: Tokyo” (Steidl, 2012) were taken in Tokyo within a single year by Keizo Kitajima, and looking at them is like leafing through his intricate memories. They are complex and celebratory, hopeless and certain and full of people with signatures of fate on their faces. This is a personal documentary invaded by a black energy.

Dark expressions and rippling patterns emerge from leather jackets and cheap suits and sweaters. Backgrounds are bursting with texture, and even the sky over the city is like fabric. It pulses with the same vitality that moves through all of these photographs, a dark thing that brings just enough light with it to push crystalize silver bromide onto a page. The black and white medium is here twisted into a shouting, tortured filter for the eye.

There are a few mundane scenes in Kitajima’s year, people smile at night or eat ice cream or sit, but most of his visions are terrifyingly close and unique. A man tears off his shirt and stares at his body, someone is stretched across a tile wall with black legs and perfect unposed elegance, there are girls with dangerous eyes and there are people at night in the midst of their best and worst. Kitajima’s eye for humans is cutting, and although their faces are obscured sometimes by darkness, and sometimes by manipulated light, there is not one person in the year of images who doesn’t speak. 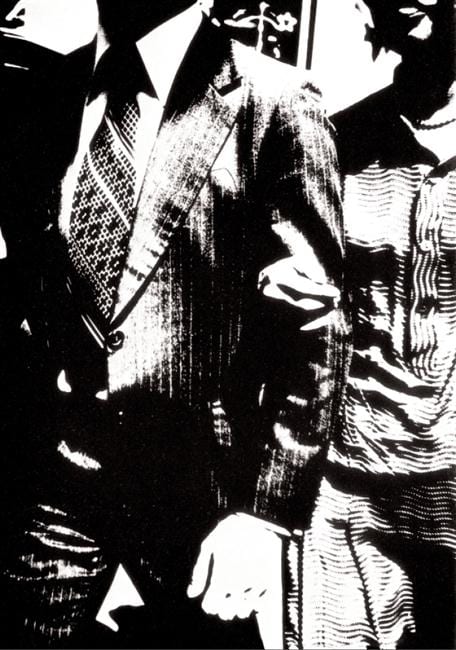 The chaos of contrast and humanity in these pictures is an explosion of signs that steer us through the unique codex of Kitajima’s life, of a city’s life. But the photographs present no unifying concept, no singular message. They do not intentionally examine or expose any one thing in the way that some documentary projects seek to. Instead the experience of viewing them is as conceptually diffuse as living itself- where the significant unifying element is one’s own presence. In these photographs the unmistakable feeling of presence is replaced by a continuos aesthetic of roaring black and white. The visual timbre they cast over scenes is deafening and transforms Kitajima’s city into something that seems to vibrate on the brink of extinction, something built from pleasure and destruction that cannot last.

Horror, history, mistakes, people whose lives are over, who know that already, people who are happy and buildings gashed by dark clouds; the faces and geometries of the city are familiar, but its the feeling of every frame that is foreign, individual, a creation. There is little reason to suspect you are in Tokyo, this could be the deep night of any city, the people arranged around and observed by any person. What makes them remarkable is their ability to contain motion and the violence of perception, which gives each photograph incredible life. 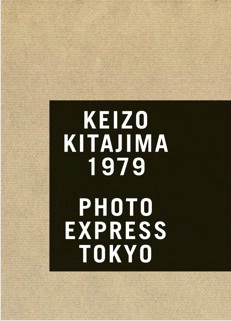 Paul Loomis writes for ASX and graduated from the University of North Carolina at Asheville in 2011 with degrees in Ecology and Creative writing. He has lived in North Carolina, California, Ohio, The Netherlands, and the forests of Appalachia. He currently resides in Mexico City, writes fiction and non-fiction, and teaches Chemistry and Literature. He can be contacted here: [email protected]